Much lighter and moister than its American namesake, the Japanese cheesecake has an elastic quality that is making a notable comeback at the moment, mostly thanks to the aid of social networks. If Uncle Tetsu’s recipe remains Top Secret (the most notorious of its kind) then there is nonetheless an almost fool-proof alternative that we’re willing to share:

Heat the oven to 160°c. In a small saucepan, whisk milk, cream cheese and butter together over a mid to low heat until you have a smooth consistency. Remove from the heat and leave to cool. In a large bowl, whisk the egg yolks and slowly add to the cream mix whilst stirring until there is an even consistency. Don’t forget to sieve the flour before you add it in order to avoid lumps.

Place a sheet of baking paper around a 23cm cake mould and pour the cake mixture in.

Pour a layer of water onto a baking tray and place the cake mould in the middle (like an oven-style bain-marie) and bake for 25 minutes before reducing the temperature to 135°c and cooking for 55 minutes until the cake doubles in height. Once cooked, sprinkle with caster sugar, slice, and serve with strawberries.

The Bitter Cocktail with a Sawa Twist 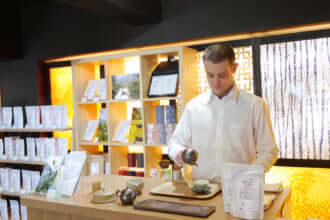 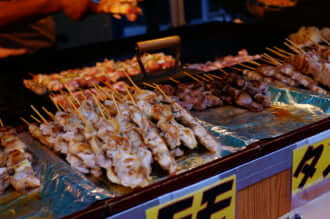