Get Lost in the Wisteria in Kawachi Fujien

This park, located in the city of Kitakyushu, offers visitors a remarkable spectacle of wisteria in bloom. 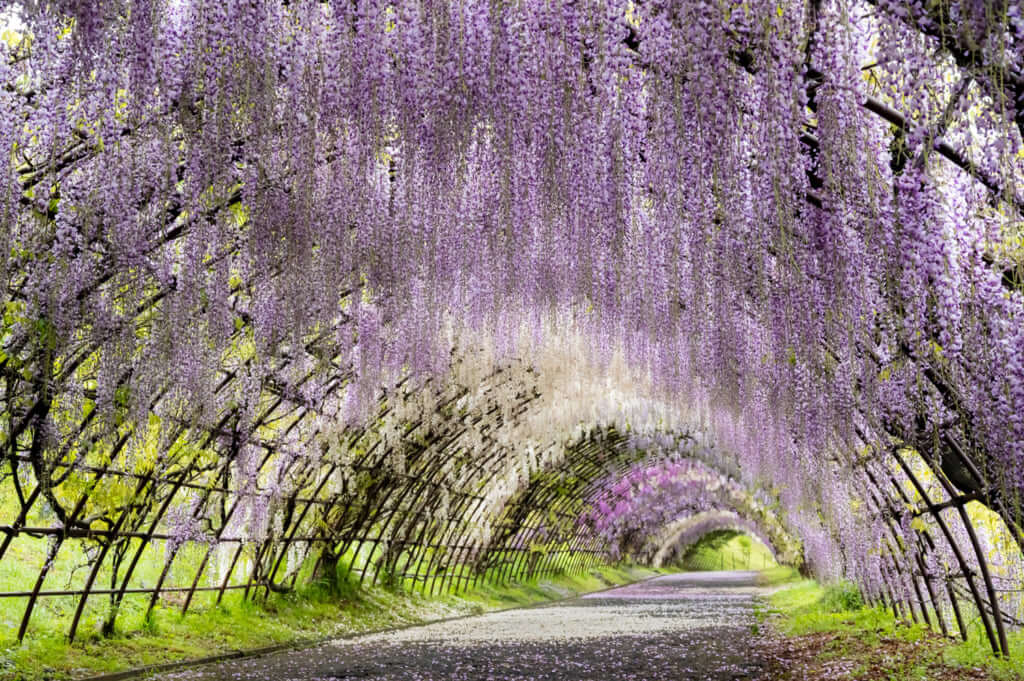 Walking along the pathways in Kawachi Fuji-en (Kawachi Wisteria Garden), south of central Kitayushu, a city in the north of Fukuoka prefecture on Kyushu island, the floral domes and carpets of coloured petals give visitors the impression of having been transported into a painting by Van Gogh, who had a strong attraction to Japan and its flora.

The garden is particularly well known for its large quantity of wisteria flowers, climbing and woody plants that look spectacular when in bloom, in purple, pink and white. The main attraction of this colourful trail that brings together over 150 varieties of flowers is, without doubt, the two 100-metre-long tunnels. Covered in wisteria, they give a sensation of walking through a cloud of flowers.

The flora is fickle, however. Wisteria season starts in mid-April and lasts just a month, but for those who miss it, there is an opportunity to compensate. From mid-November to early December, more autumnal colours are on display thanks to the momiji, the maple trees in the garden. These create the impression of an entirely different painting. 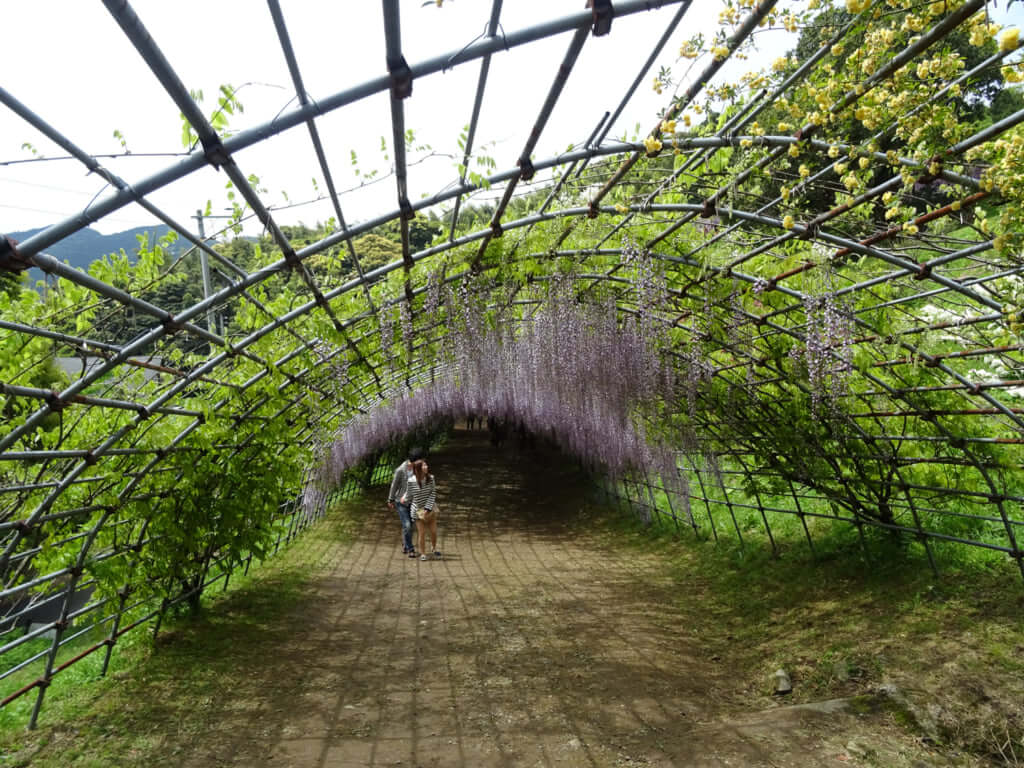 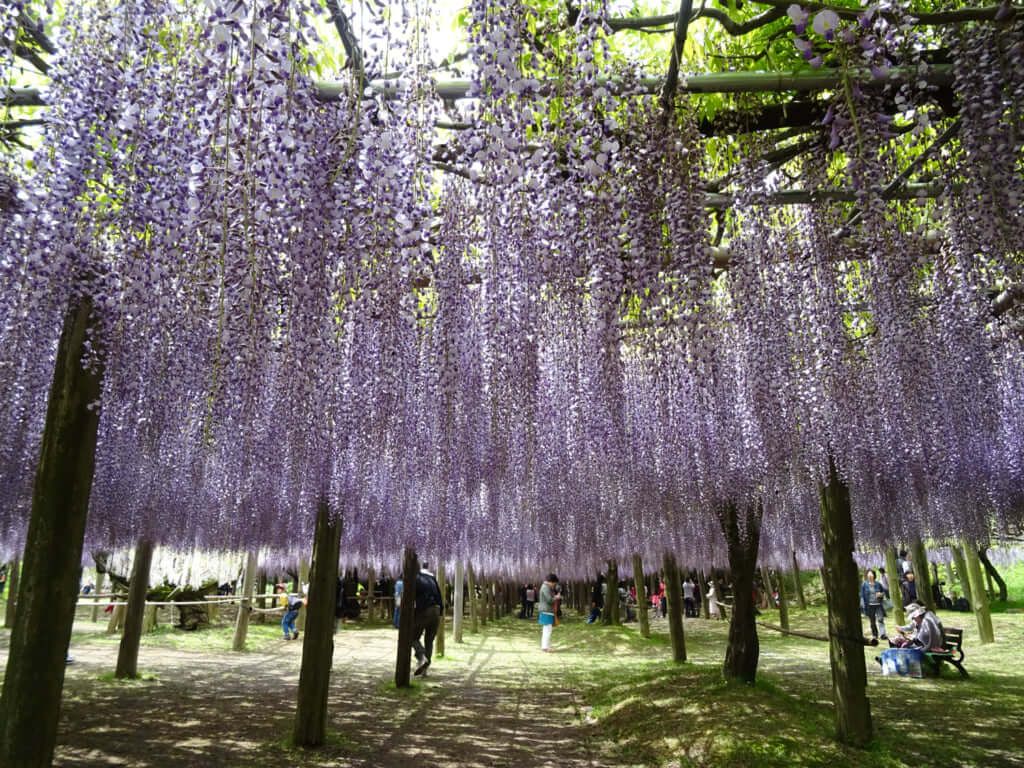 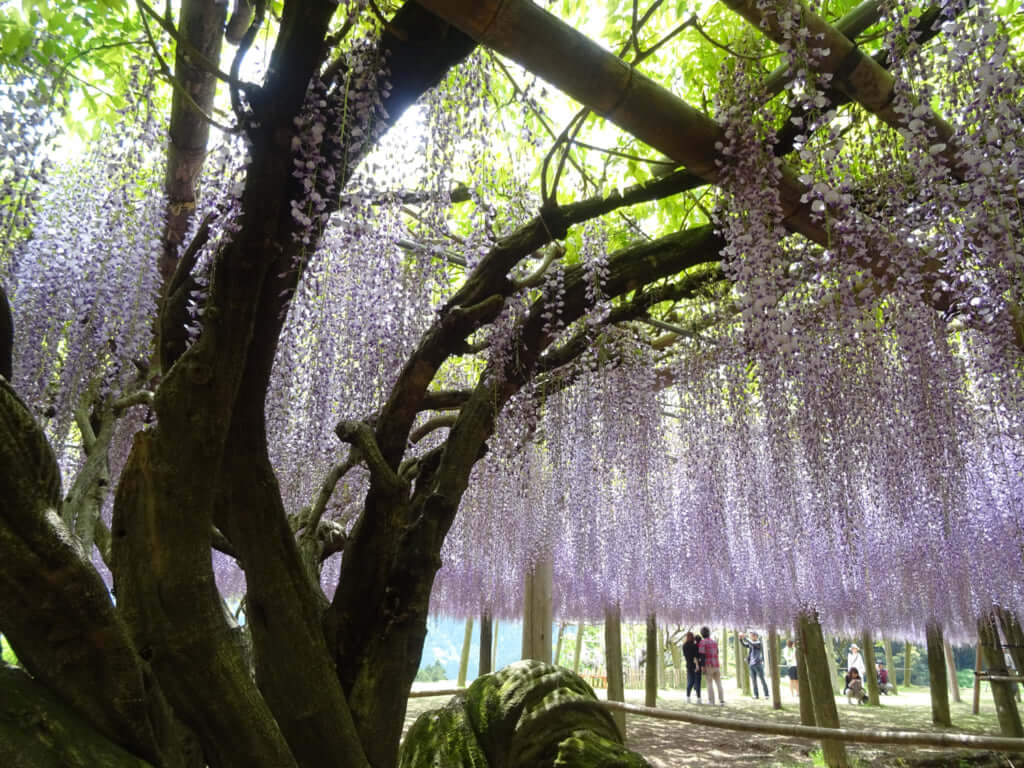 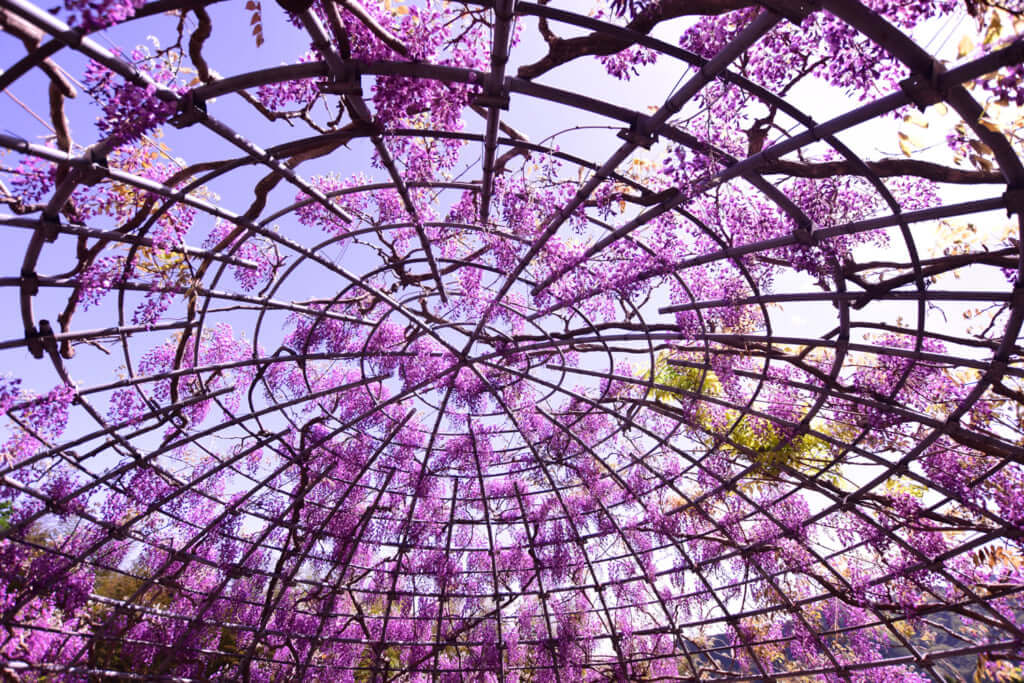 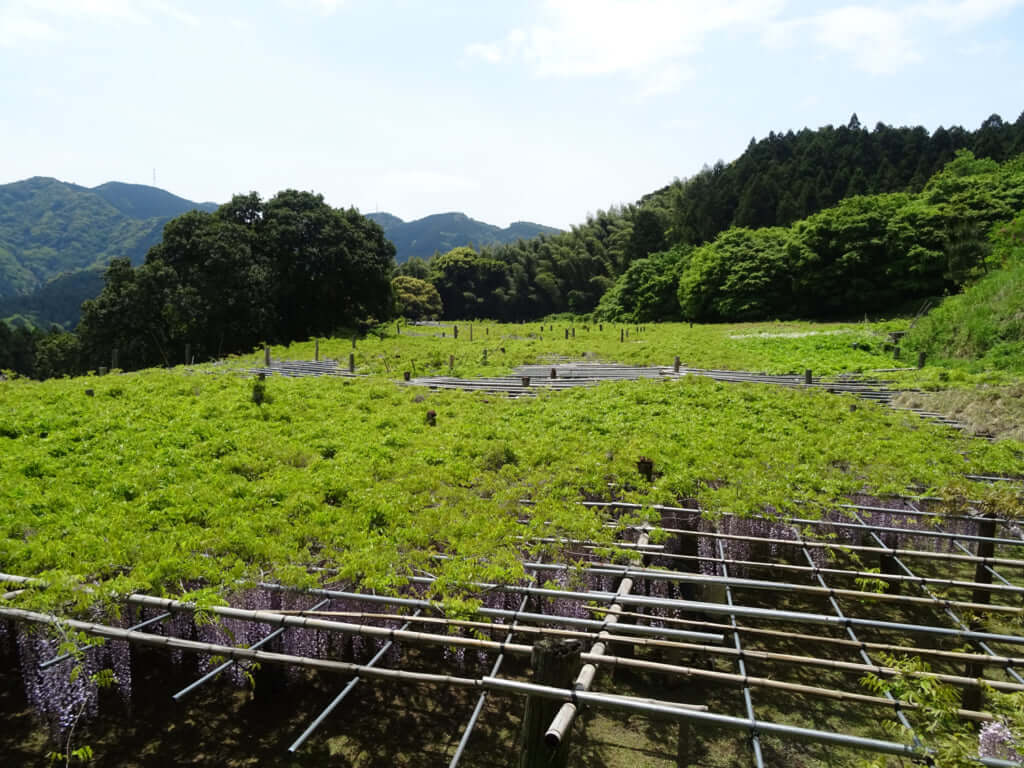 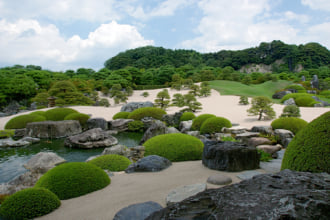 A Picturesque Garden Nestled Within the Adachi Museum of Art