Luxury Fit for a King

Hotels with a Difference #03

Turning a former castle into comfortable, distinctive accommodation may be a tricky proposition, but it’s one that this hotel in Sasayama, Hyogo Prefecture, pulls off with aplomb. 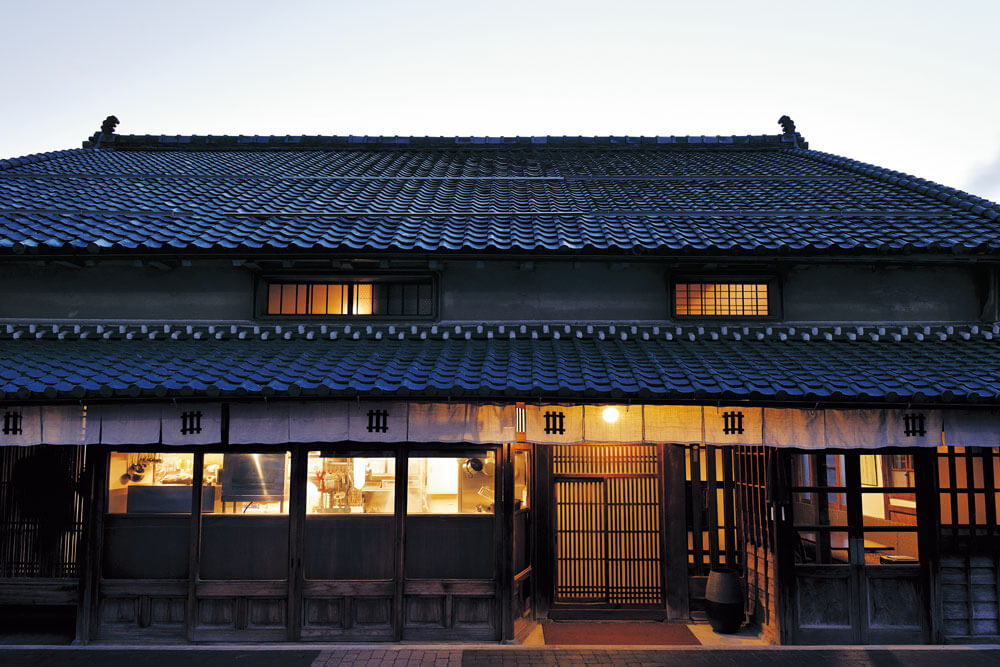 In 1608, Tokugawa Ieyasu, who unified Japan and ushered in the Edo period (1603–1867), ordered the construction of Sasayama Castle in the Tamba–Sasayama basin. The picturesque streets that survive to this day serve as a testament to the castle’s prosperity.

Nipponia Hotel is unique in enabling its visitors to rediscover this Japan of old in all its richness, against a backdrop of houses that are identical to those of the period. Guests are accommodated in four buildings. Some of the buildings are over a hundred years old, boasting a highly unusual architectural style that combines wooden furnishings and earth walls. Although they’ve been renovated, their history hasn’t been neglected. In the Onae building, for example, the kitchen has been preserved, complete with its original well and stove. The storehouse alongside the main building also serves as a bedroom. The room’s period decor is enhanced by cosy, soft beds, and the whole effect is one of warmth.

Sasayama’s fame, meanwhile, doesn’t stem only from its castle. It’s also known for its home-grown produce, from black soybeans and Tamba chestnuts to local matsutake mushrooms. The morning fog, known as the ‘Tamba mist’, is saidto be the source of the humidity that enables the food to grow and gives it its flavoursome taste. All this produce is used in Nipponia’s restaurant, and used in abundance. Fresh fish caught in the Sea of Japan sits alongside beef from Hyogo Prefecture’s Tajima cows. The head chef, Shu Ishii, explains that wherever possible, he tries to avoid using butter and cream, instead focusing on each of the ingredients’ distinctive flavours. Of course, you can enjoy wine as an accompaniment to your meal, but the restaurant recommends a glass of pure-rice sake, brewed in nearby cellars. This is your opportunity to savour dishes made from local ingredients in the inviting surroundings of a traditional home that evokes the daily lives of Sasayama’s inhabitants during the Edo period. The experience doesn’t end there, though.

A short distance from the buildings dotted around the ruins of Sasayama Castle, which is officially recognised as a historic monument in Japan, visitors can find out more about the culture of the town and its 400-year history. With the castle itself positioned centrally, the buildings approximately 1.5 km to the east and west, as well as those 600 m to the north and south, have been deemed buildings of historic interest. This is why, when the layout of the town was being decided, the thatched-roof homes that formerly belonged to samurai and the single-storey, tiled-roof merchants’ cottages were preserved in their original state. Among these buildings, a number of traders’ houses between Ogawamachi and Kawaramachi are still used. They’ve been turned into restaurants, cafés and shops. It’s the perfect place to pick up all your souvenirs. One of Nipponia’s latest projects is to work with local shopkeepers to create cotton-spinning and pottery workshops that showcase these two local crafts. No doubt about it, the hotel will continue to find new ways of enabling its guests to discover and enjoy all the town has to offer. 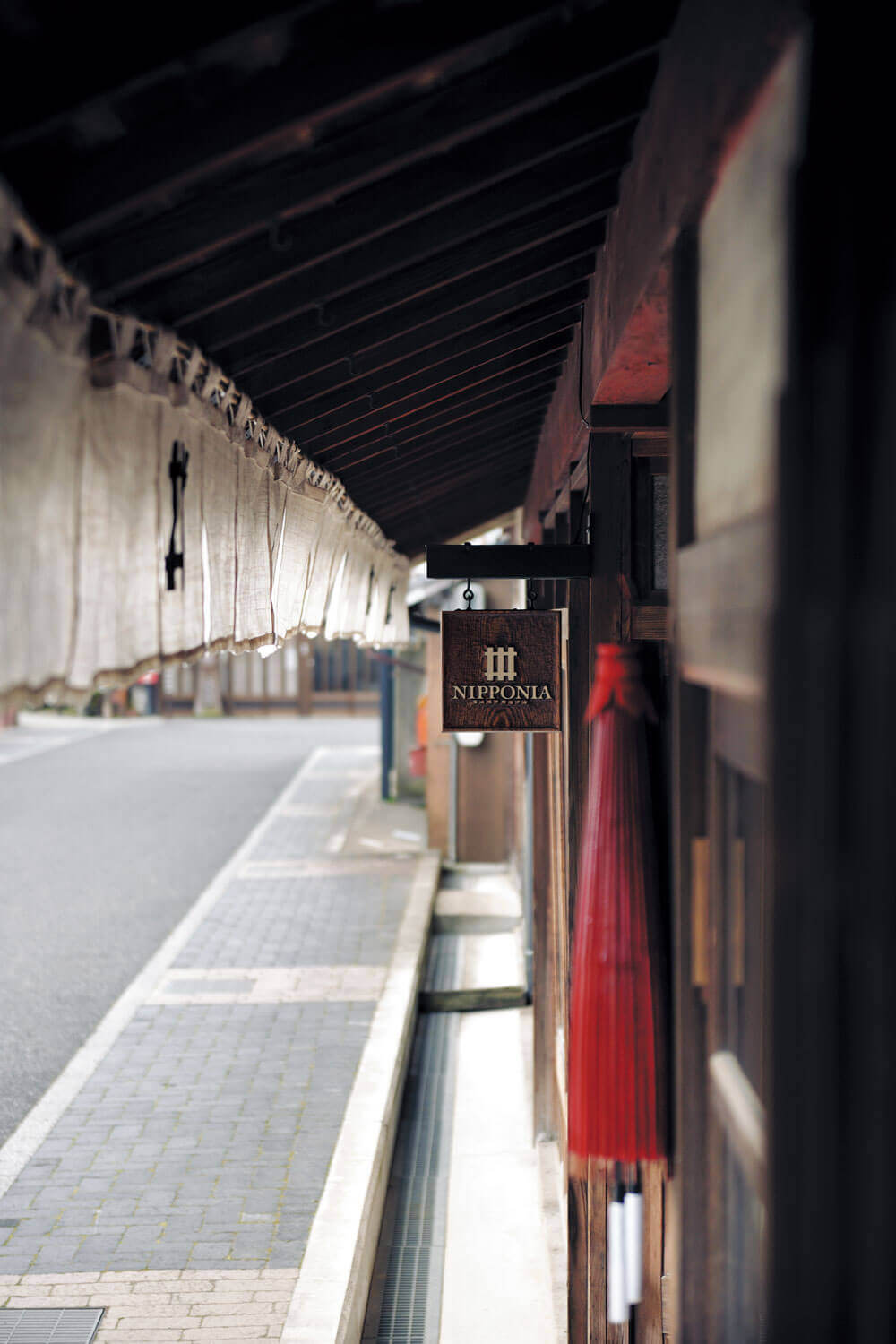 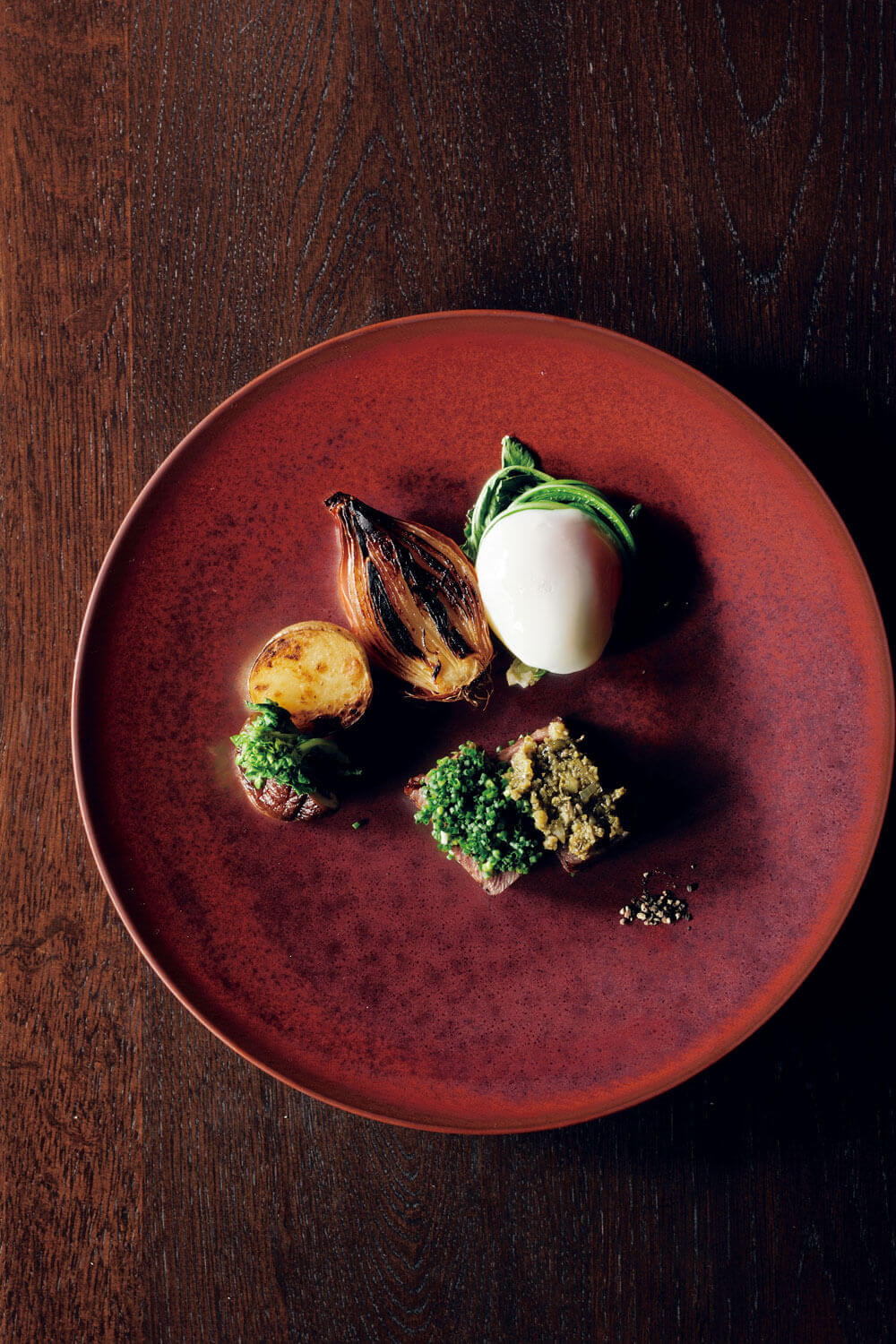 Steak from Tajima cows, for which Hyogo Prefecture has become well known, is cooked alongside locally sourced vegetables and eggs. 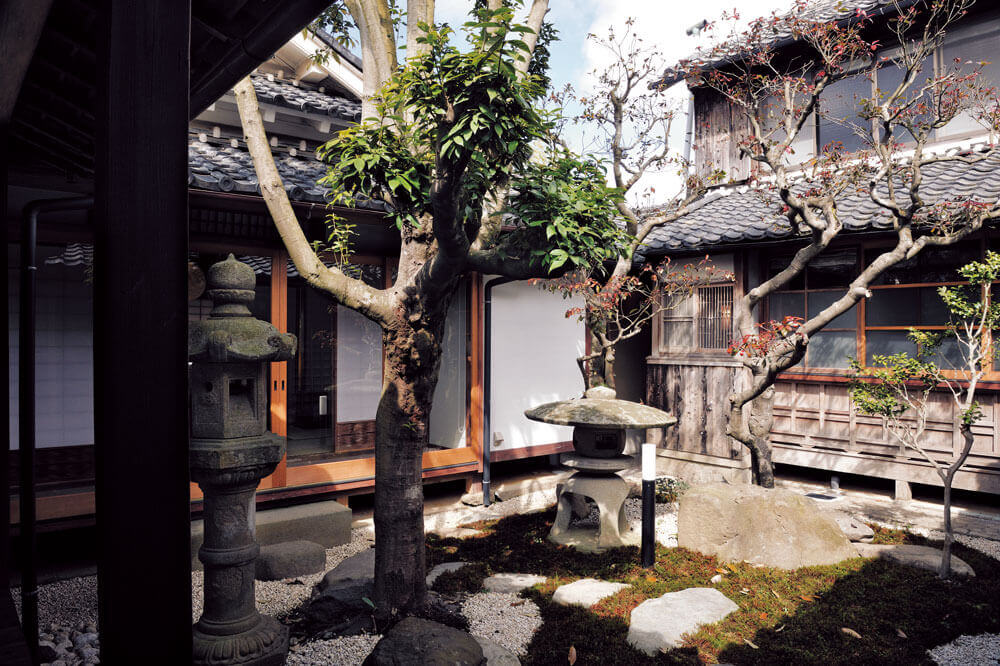 The garden in this internal courtyard brings out not just springtime greenery and the red hues of autumn, but every shade of each of the four seasons.

Hotels with a Difference — 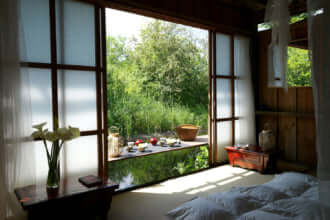 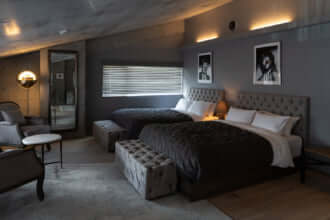 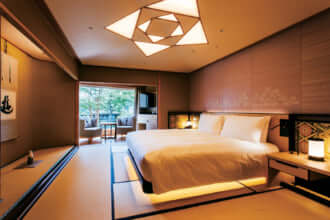 The Pinnacle of Japanese Luxury