The reader is immersed in the enormity of a chameleon city, from contemporary architecture to the ancient art of the Asakusa district. 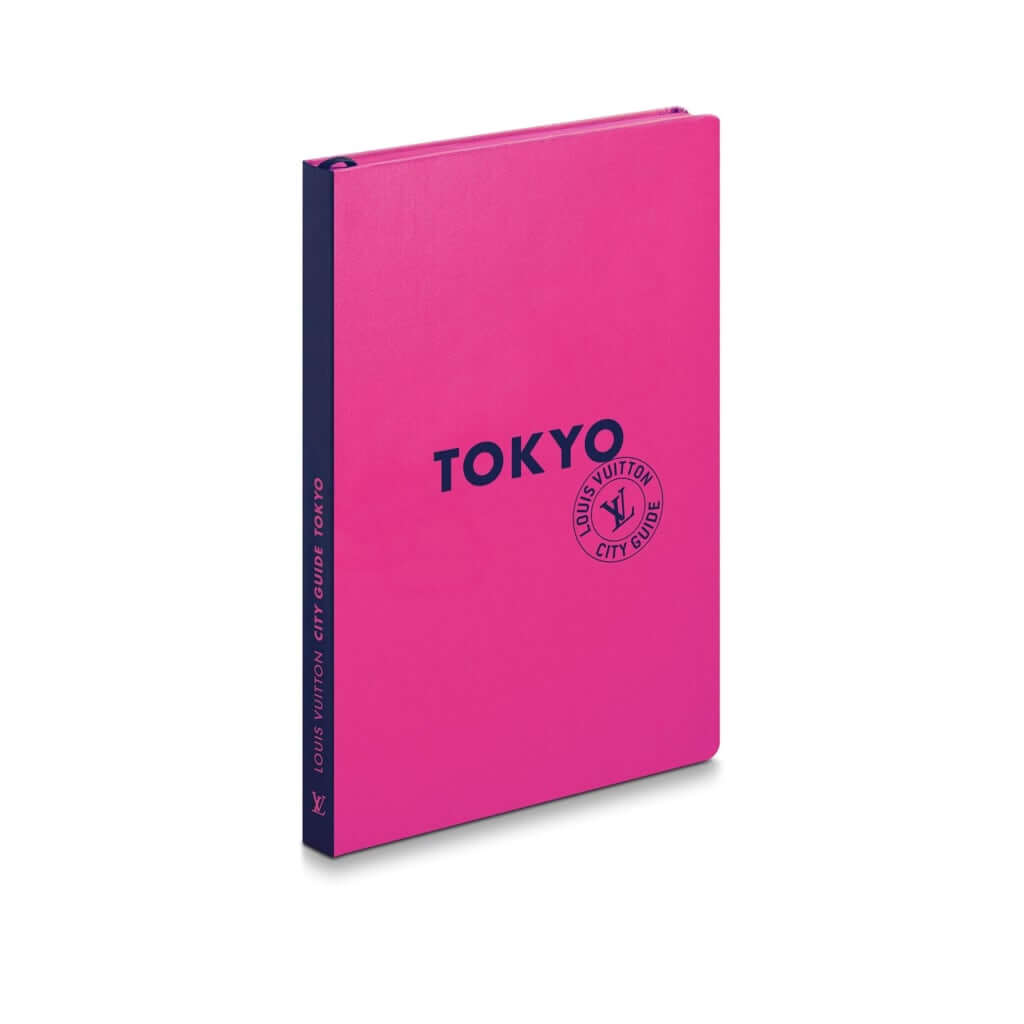 Since 1998, Louis Vuitton has been sharing his nomadic spirit through his City Guides. Eagerly awaited each year and met with high acclaim from travellers all over the world, they reveal the spirit of cities and offer a fine selection of addresses chosen with a sense of originality and a hint of bias. The collection stops off on all the continents, via cities like Hong Kong, London, Los Angeles, Paris, Sydney and Tokyo.

Offering an attentive and informed commentary on the changes that shake up the hearts of cities and taking an offbeat look at fashion, design, wellbeing, contemporary art, gastronomy and culture, Louis Vuitton’s City Guides express the character of each city, which is decoded by independent authors and guests from all backgrounds. Over the course of the different editions, the guide has been enriched by new topics, new perspectives and new writers, with a view to allowing the reader to feel at home and travel while finding the same points of reference from one city to the next and from one guide to another. Designed as individual books and punctuated with previously unseen photographs, and now with a catalogue of thirty cities, the City Guides explore new metropolises and testify to the proliferation of cities and the behaviours of their residents.

The Tokyo City Guide immerses the reader-traveller in the enormity and effervescence of a chameleon city, from the ultra-contemporary architecture to the ancient art treasures of the Asakusa district. Tokyo is depicted as a city tuned into the latest fashion trends and the most cutting-edge technological discoveries.

Over six hundred addresses are presented, divided into different chapters dedicated to hotels, restaurants, bars, bakeries, nightclubs, boutiques, art galleries and antique shops. The City Guide allows itself not to share the expected addresses and to reveal others that are more off the beaten track, always giving a personal vision that focuses on quality as the primary selection criterion. It contains not only large, luxury establishments but also atypical and sometimes little-known locations to suit all budgets, from the best grocery stores to the most original tea salons via cocktail bars, concept stores, museums and bookshops.

There is also a mobile app to accompany the collection of City Guides, which allows travellers to have all the content of the guide within easy reach in a fluid and intuitive way, and to set their location so they can find the best spots around them.

Both multifunctional and accessible, the Tokyo City Guide delivers its promise to take the reader to original locations that give unexpected flavours to both reading and travelling.