Chisato Tanaka, the Dark Side of Dreams

In these paintings somewhere between dreams and stories, the artist traces shades of black and ignites a reflective spark. 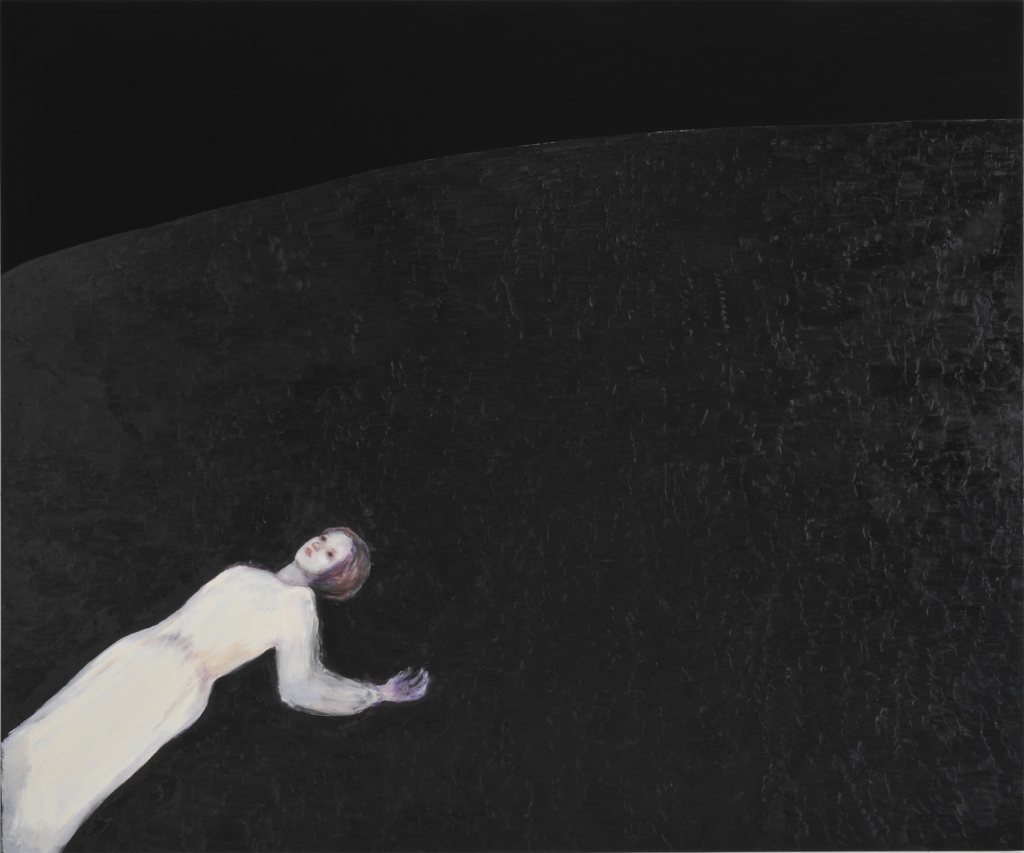 Once night falls, dreams take hold of thoughts. With her eyes open, Chisato Tanaka invites them onto her canvases, between dreams and darkness. These reveries were grouped under the name De l’ombre naît la lumière (‘Out of Darkness Is Born the Light’) in an exhibition at the Pierre-Yves Caër Gallery in 2017.

Originally from the Fukuoka countryside, the artist was accustomed to wandering in the darkness due to the lack of external light in her surroundings. She still remembers this sensation, which made her feel like she could disappear into the shadows forever. ‘These memories are very important to me when it comes to constructing the world I picture’, the artist explains.

Part of the story

On a black background, her universe develops in the form of short stories in which a few little girls are the protagonists. Alone or in a group, they discreetly invite the viewer into their adventures, until the latter participates fully in the story as they observe the scene. Face-on, the girls stare at the viewer, holding their gaze. Raising a question without actually asking, they probe and interrogate the viewer, who is unable to discern the subject.

The sense of mystery pushes us into the realms of imagination and expectation, as the artist wishes. ‘I hope that the viewers will feel like they’re part of the painting, like they’re being seen by people or are in the image themselves. I try to project myself into the characters, whether an individual or a group. I would like the viewers to think about their image when they look at themselves in the painting in this way, from an objective point of view.’

Black is not just black

Lifted by bright, benevolent, or dangerous touches, these little stories cultivate oppositions. They flirt with reality and reverie, good and evil, past and present, life and death… Dualities are also present aesthetically speaking in this opposition between swathes of black and mists of colour, spaces that are empty or full. The ground and sky are no longer clear, sometimes making it necessary to trace impossible horizons.

‘By getting rid of the background, the viewers can focus on the person in the centre of the image.’ These heroines, though figurative, thus find themselves plunged into an abstract world tinged with mystery. Black becomes a character in itself, and participates in the narrative. ‘I think that using the colour black is a form of freedom, because it could transform into anything.’ These are waking dreams, but which remain very much nocturnal. ‘Many of my pieces depict the night. The darkness of the night is also the darkness that makes people feel uncomfortable.’

Wherever the viewer is in these paintings, they lose their way. Although the forest occasionally gives some indications as to the environment, it is above all the place that strips the viewer of their bearings. It’s a disturbing element that describes wandering and loss, that of life, including death. ‘Since childhood, I’ve been thinking about the date of my death, and I often think about how much time I have left to live. Maybe it’s because I nearly died when I was born that I’m aware of the danger of death.’ This death is anticipated, underlying, prevailing, omnipresent, and black.

‘My piece Everlasting Story is influenced by children’s literature and The Neverending Story by Michael Ende. I wanted to paint a scene from birth to death.’ This unusual vision of childhood, of the intimate, has a reflexive role for the viewer and depicts the dark side of humans. But what if the story didn’t stop there? In her exhibition De l’ombre naît la lumière, Chisato Tanaka gives the dark its brightness back.

De l’ombre naît la lumière (‘Out of Darkness Is Born the Light’) (2017-2018), an exhibition by Chisato Tanaka at the Pierre-Yves Caër Gallery in Paris, can be viewed on the artist’s website. 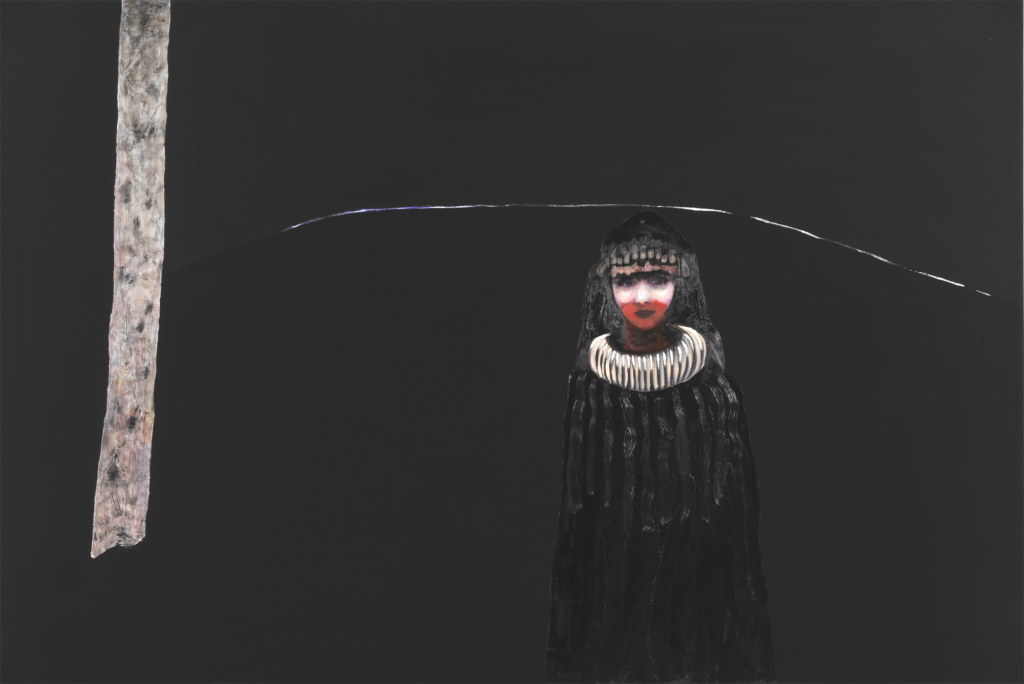 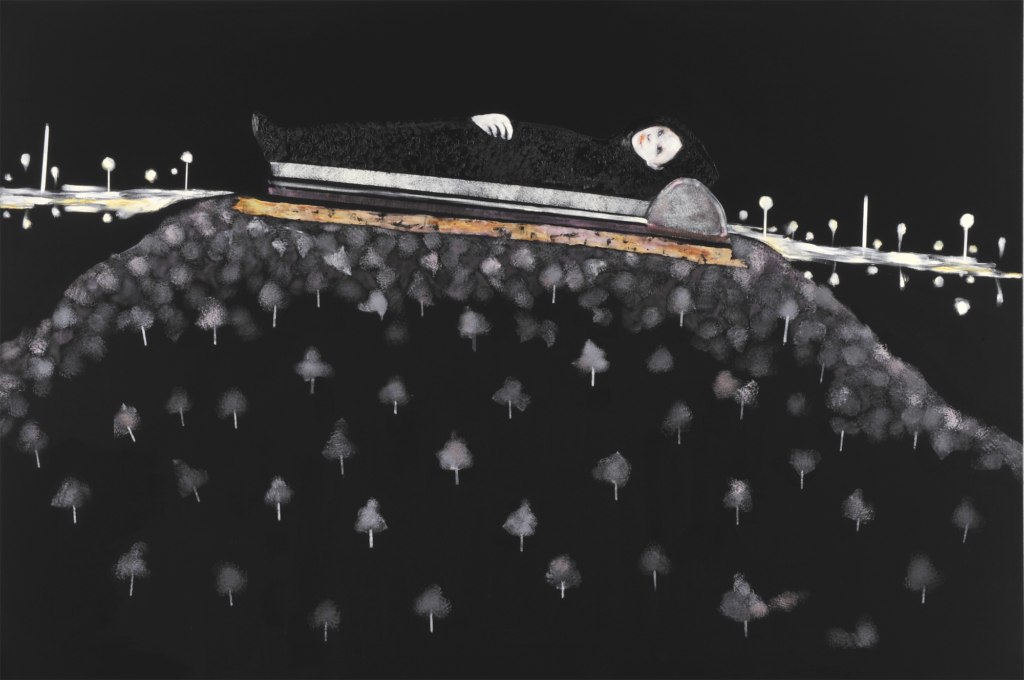 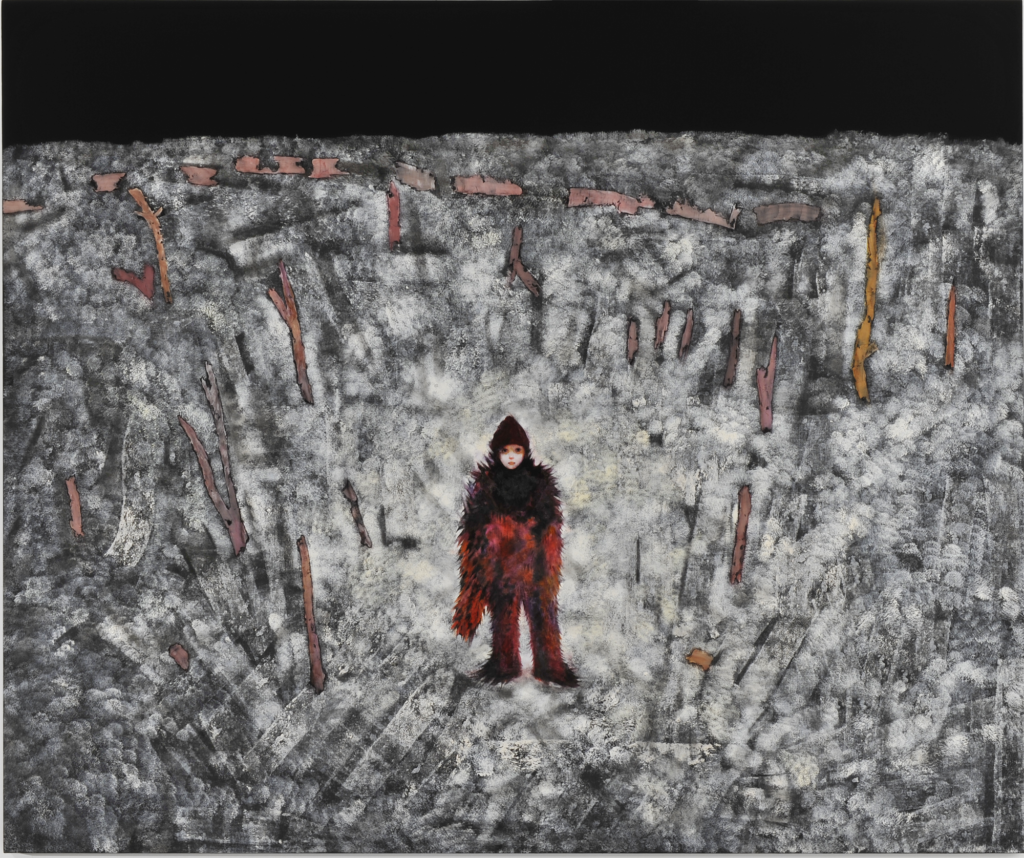 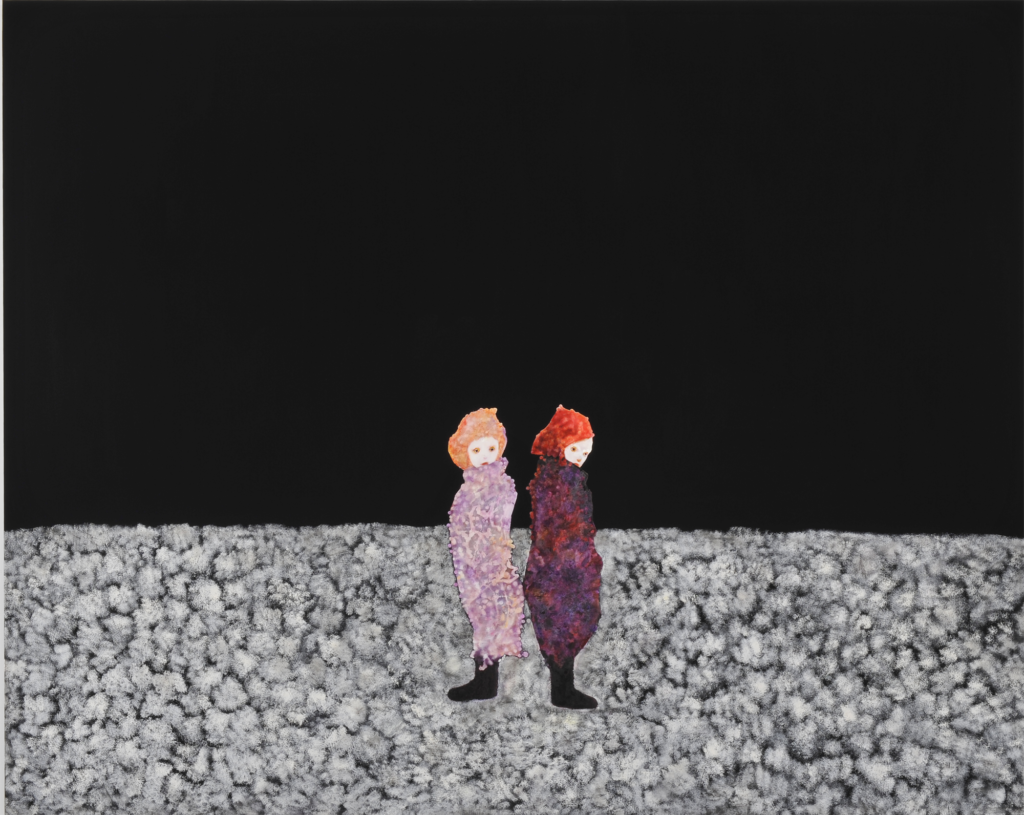 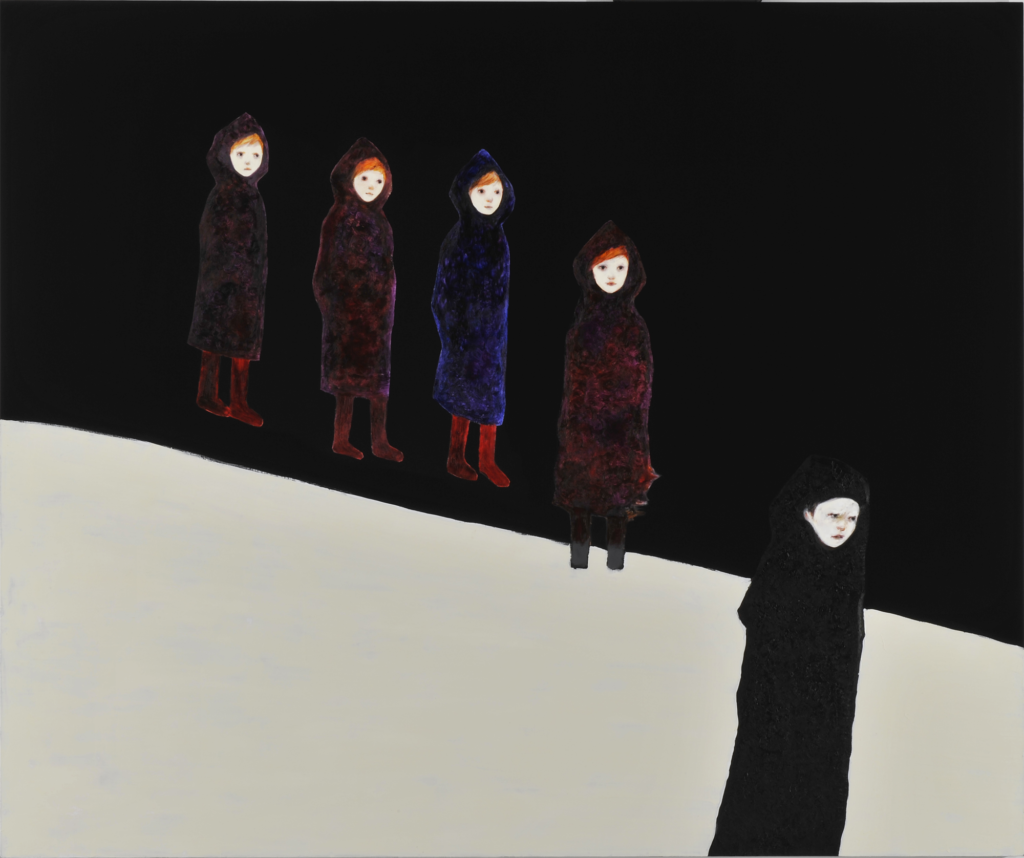 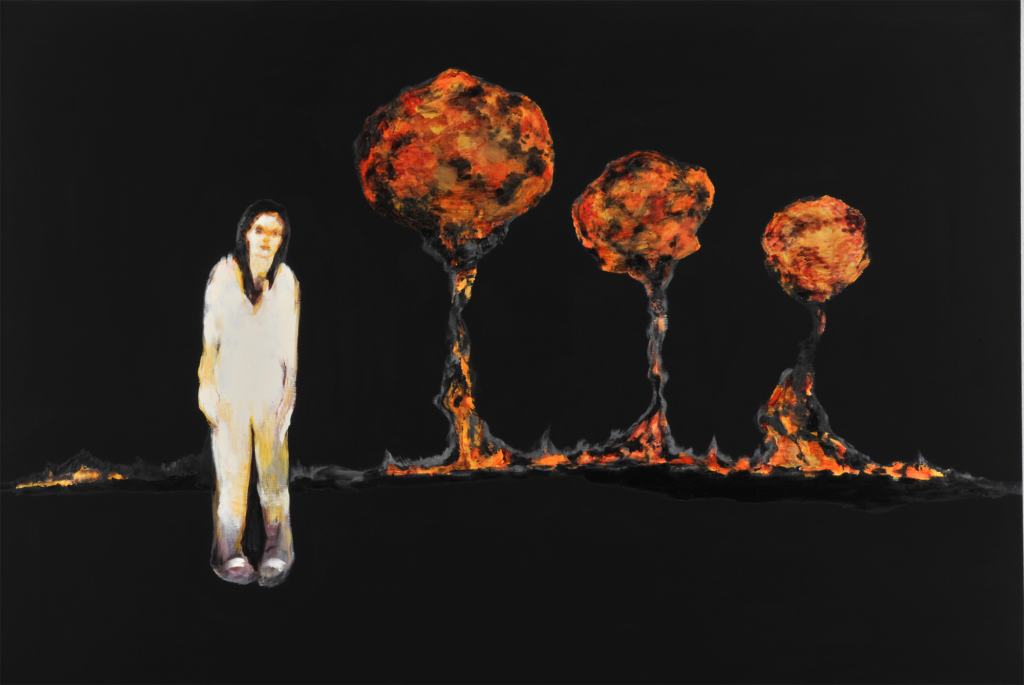 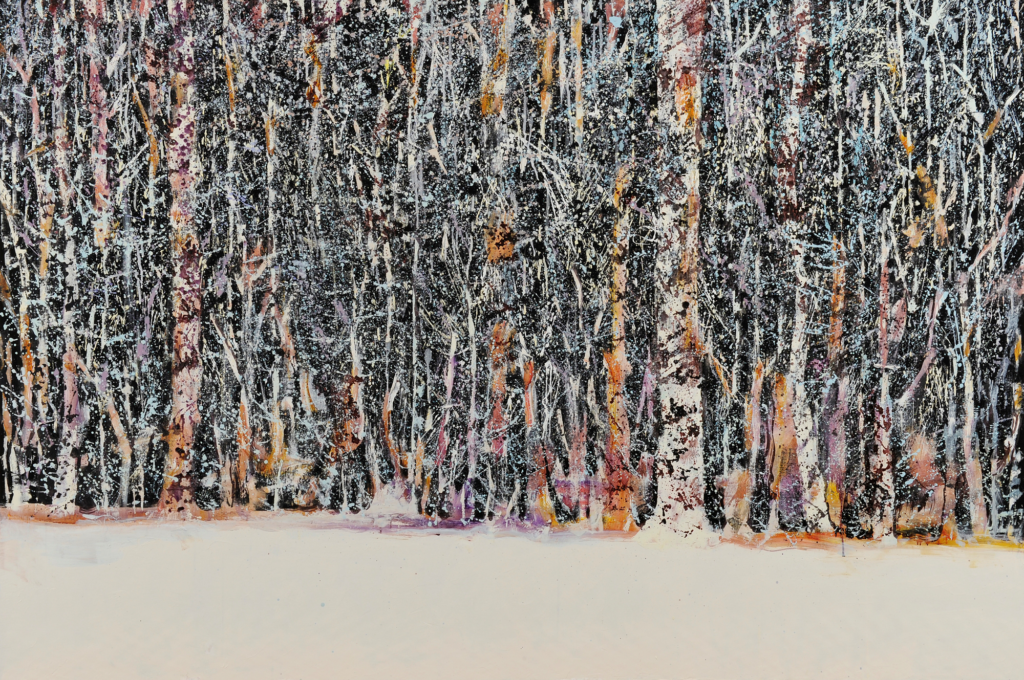 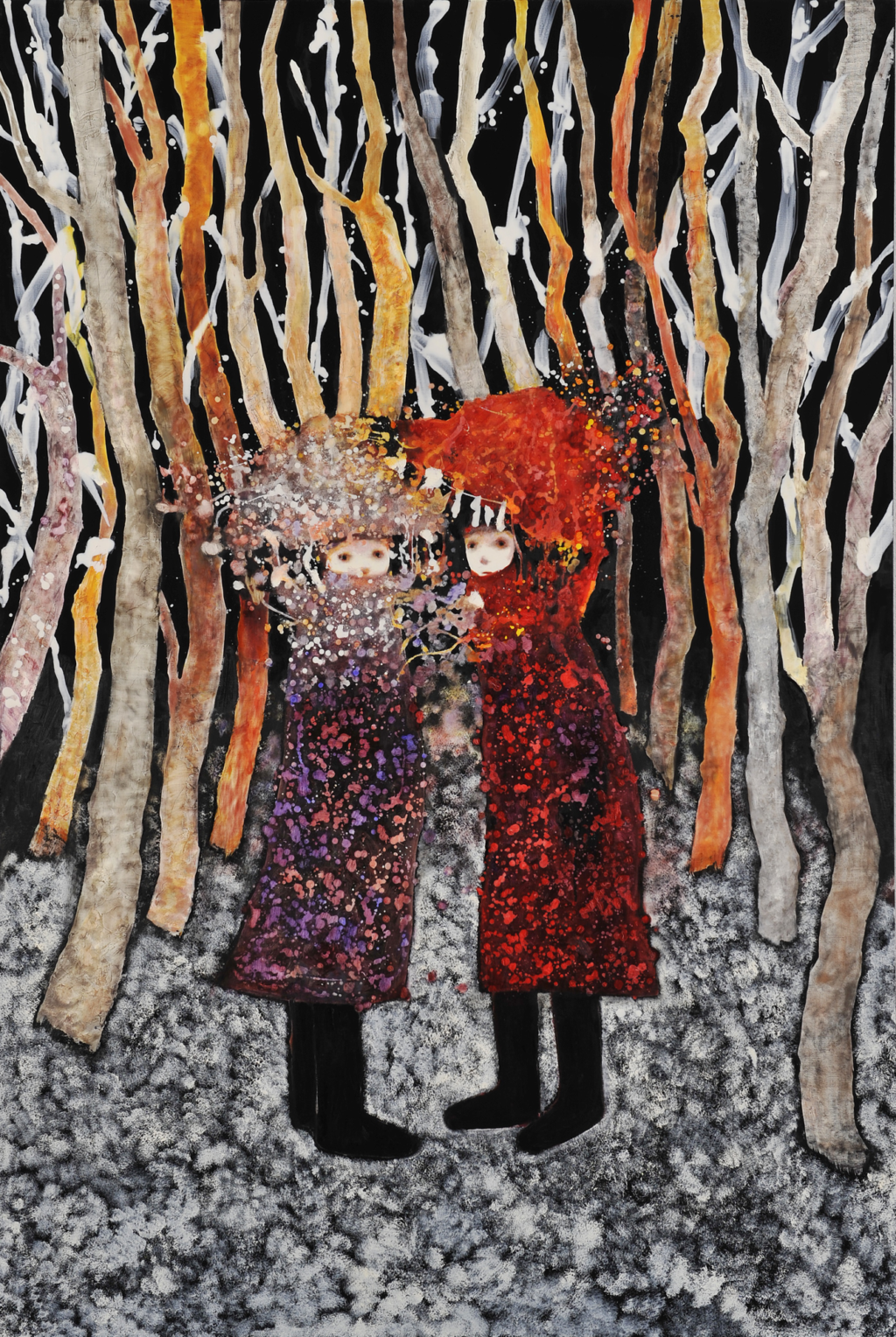