The cultural venue exhibits artwork made from sand every year to represent a place in the world, taking visitors on a journey. 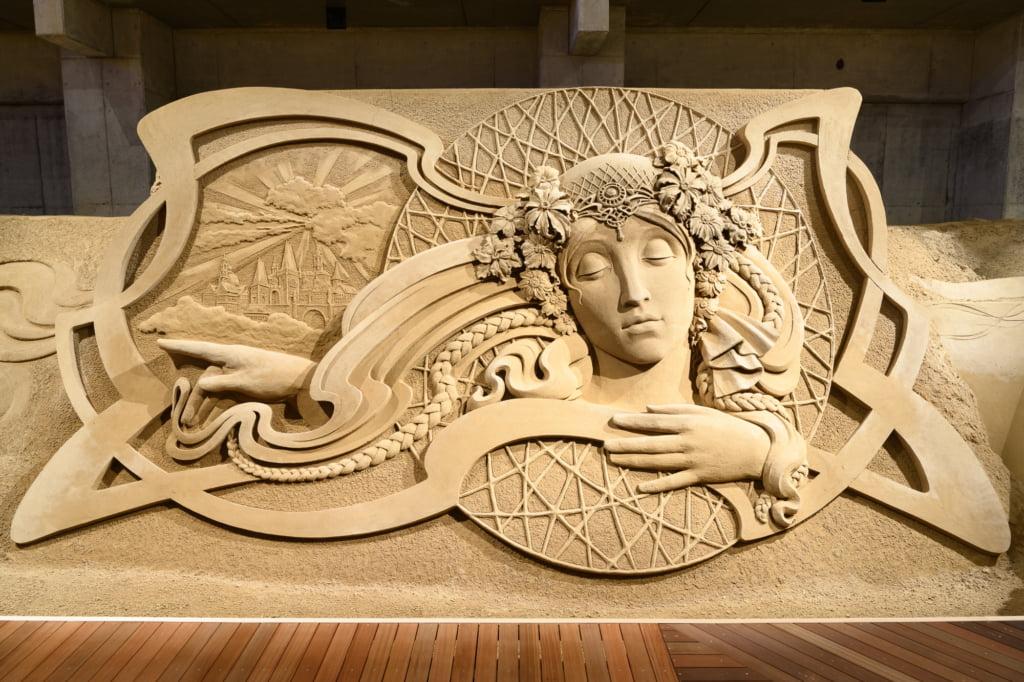 The Tottori Sand Museum is located close to the Sea of Japan in the Chugoku region. Led by artist Chaen Katsuhiko, the project began in November 2006 with a first exhibition featuring seven sculptures made from the region’s famous dunes, on the theme of the Italian Renaissance.

Until 2010, new creations were presented on a yearly basis in the open and for a month and a half, shielded from the elements by marquees. Then, in 2012, the cultural event moved to a building covering a surface area of 21,000 square metres and capable of welcoming over 500,000 visitors each year.

One destination per exhibition

Closed between early January and mid-April, the Tottori Sand Museum’s main theme is ‘travel around the world’. Thus, for every temporary exhibition, Chaen Katsuhiko, now the institution’s executive producer, showcases one destination in the world. It was Austria in 2009, South America in 2016, the Czech Republic and Slovakia in 2020… Each time, the internationally renowned sculptor renews his team of artists of all nationalities, and each of whom is responsible for a piece of art.

In the entrance hall, several landscapes sculpted from water and light brown sand and using modest tools like trowels are displayed. 3000 tonnes of sand are used to create immense realistic, poetic and detailed sculptures. The Aztec pyramids, the Palace of Westminster, Manhattan skyscrapers… Visitors can stand on an elevated walkway to get a panoramic view.

By combining a natural treasure and human craftsmanship, the cultural venue reveals the beauty that lies in the fragility of pieces of art, but also invites visitors to appreciate an ephemeral art.

More information can be found on the Tottori Sand Museum’s official website. 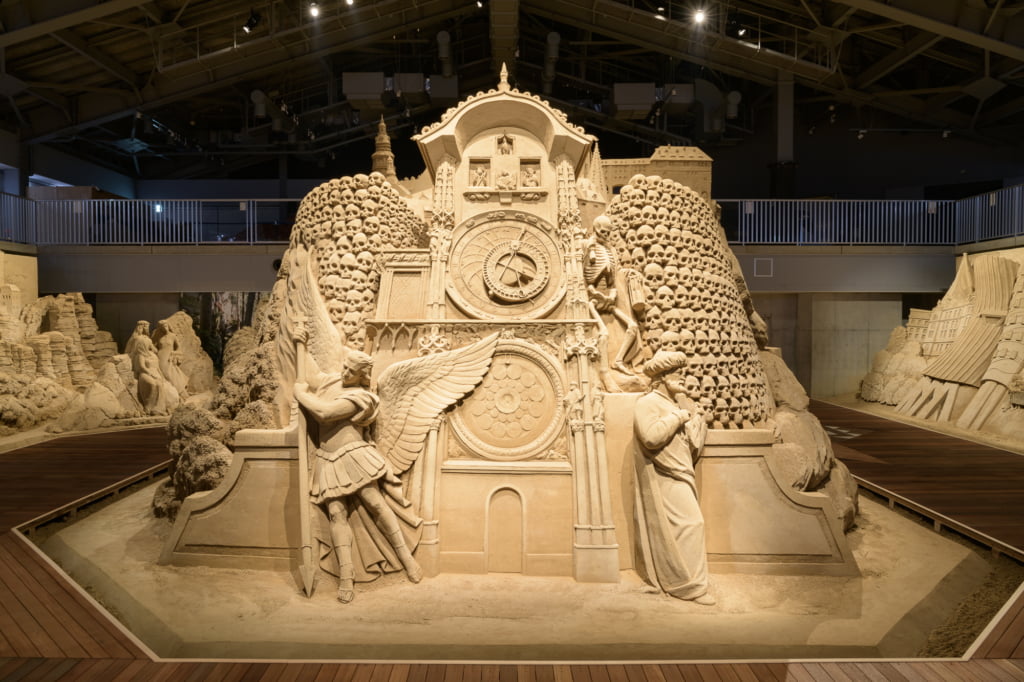 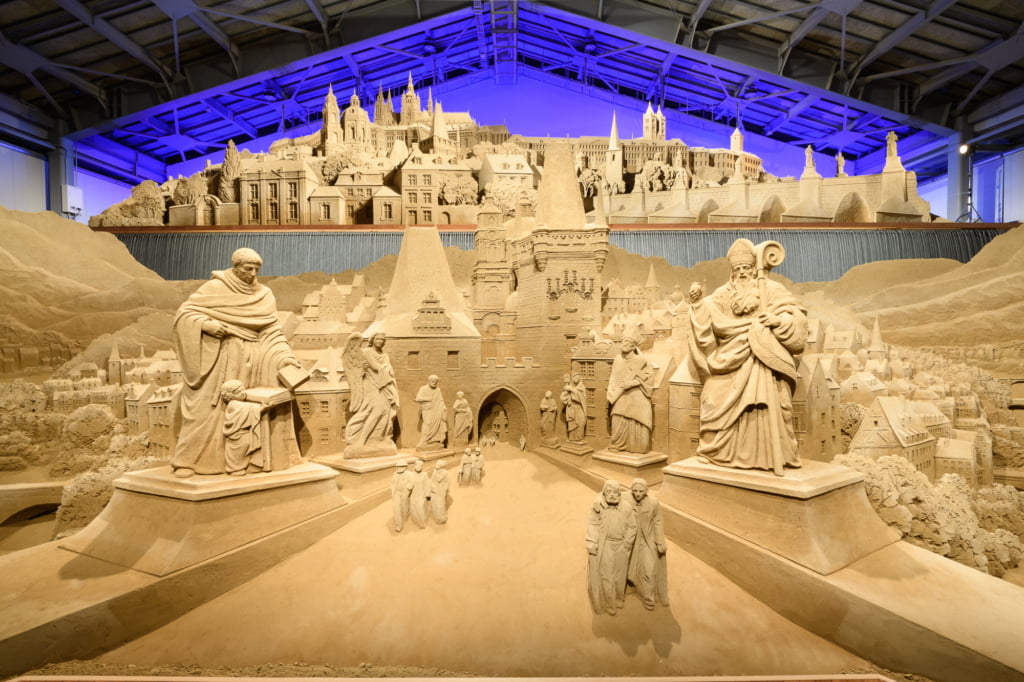 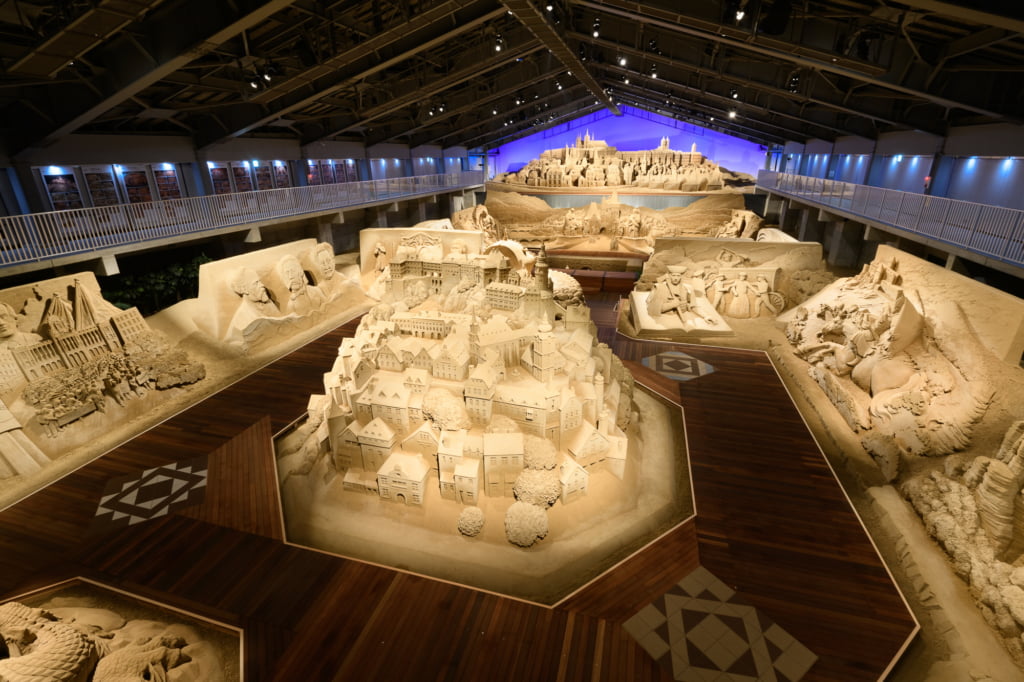