Foujita and France, Artist and Muse 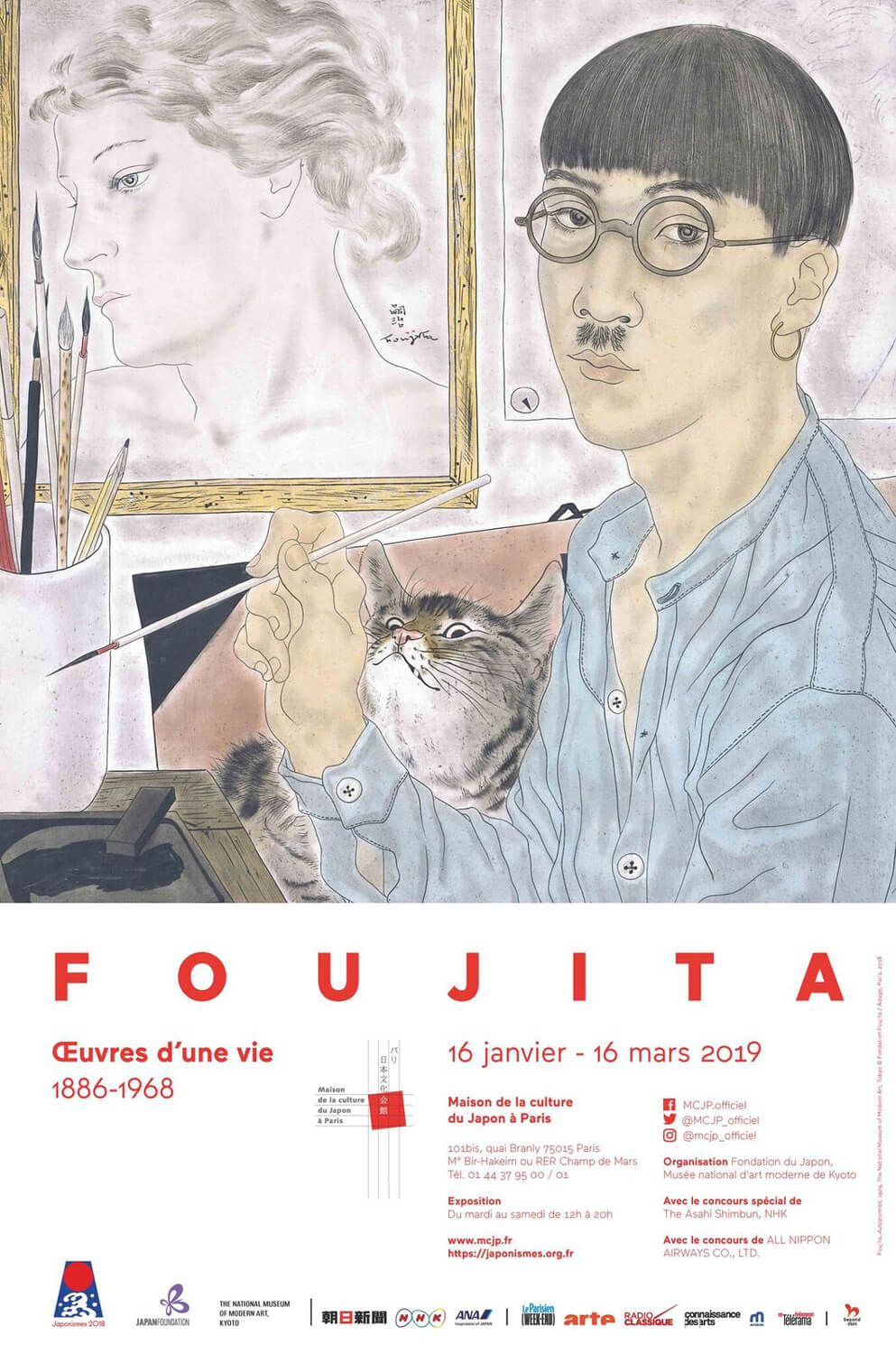 With his 1921 painting Mon intérieur à Paris ou Nature morte au réveil-matin (My Room in Paris or Still-life at Sunrise) Foujita pays homage to the French culture populaire. Staging just a few personal objects, glasses, a pipe and an umbrella, the artist opens up his most intimate space and reveals his own experience of a typically French lifestyle. The artist subsequently donated the work to the musée d’Art Moderne de la Ville de Paris in a display of affection towards France.

Having passed away almost half a century ago, Tsugouharu Foujita still continues to charm the contemporary art world. Last July the musée Maillol paid homage to the artist with a retrospective comprising around 100 works by the artist from across his twenty-year long career. This year, as part of the festival ‘Japonismes 2018’ the Maison de la Culture du Japon in Paris is celebrating the life and work of the Franco-Japanese artist with the exhibition  ‘Foujita, Œuvres d’une vie (1886-1968)’, running until 16 March. The show is the opportunity to rediscover the love that the artist held for France through 37 works which bare witness to his intimate relationship with a country that inspired him throughout his lifetime.

Born in 1886, Foujita arrived in Paris in 1913 after having finished his studies in Japan. Upon his arrival he quickly made a name for himself thanks to his intimate knowledge of Western art, and was soon associated with the École de Paris and the modernist art they were creating. In his initial compositions he would paint the Parisian suburbs with an air of Douanier Rousseau, a style described by one critic as ‘a Modern adaptation of the Japanese style’.

It was also during this period that Foujita began to find critical success, exhibiting for the first time at the Galerie Chéron, who also represented artists such as Modigliani and Soutine. These two artists would become close friends, moving with Foujita to the cité Falguière, the epicentre of the bohemian artistic Montparnasse of the 19th century. A true Parisian Dandy, Foujita enjoyed a successful career in his adopted country, a place which would provide constant inspiration, of which his work bares testimony.

In 1922, Foujita would paint Nu à la toile de Jouy depicting Kiki de Montparnasse, the icon and celebrated muse of many artists during the Années Folles in Paris. He would also donate this painting to the Museum of Modern Art in Paris in 1961, leading critics to claim that for the Japanese, he was a Frenchified artist, and that for Europeans, he was the essence of Japan. As one of the leading lights of the Paris School, Foujita would also feature models such as Anna de Noailles or Suzy Solidor, both stars among the Parisian artistic scene in the 20s.

Having always been drawn to France, as attested to by his canvas Au café which evokes a Paris of the 1900s that he never knew, Foujita didn’t do things by half, obtaining French nationality in 1955 and revoking his Japanese citizenship. In 1956 the artist even converted to catholicism and changed his name to Léonard in honour of Léonardo de Vinci and Léonard Kimura, a Japanese martyr. He subsequently used this chosen name to sign off his work. Léonard Foujita was compensated for his work and for his loyalty, receiving the Légion d’Honneur in 1957, an accolade attesting to his career of an artist who became French. 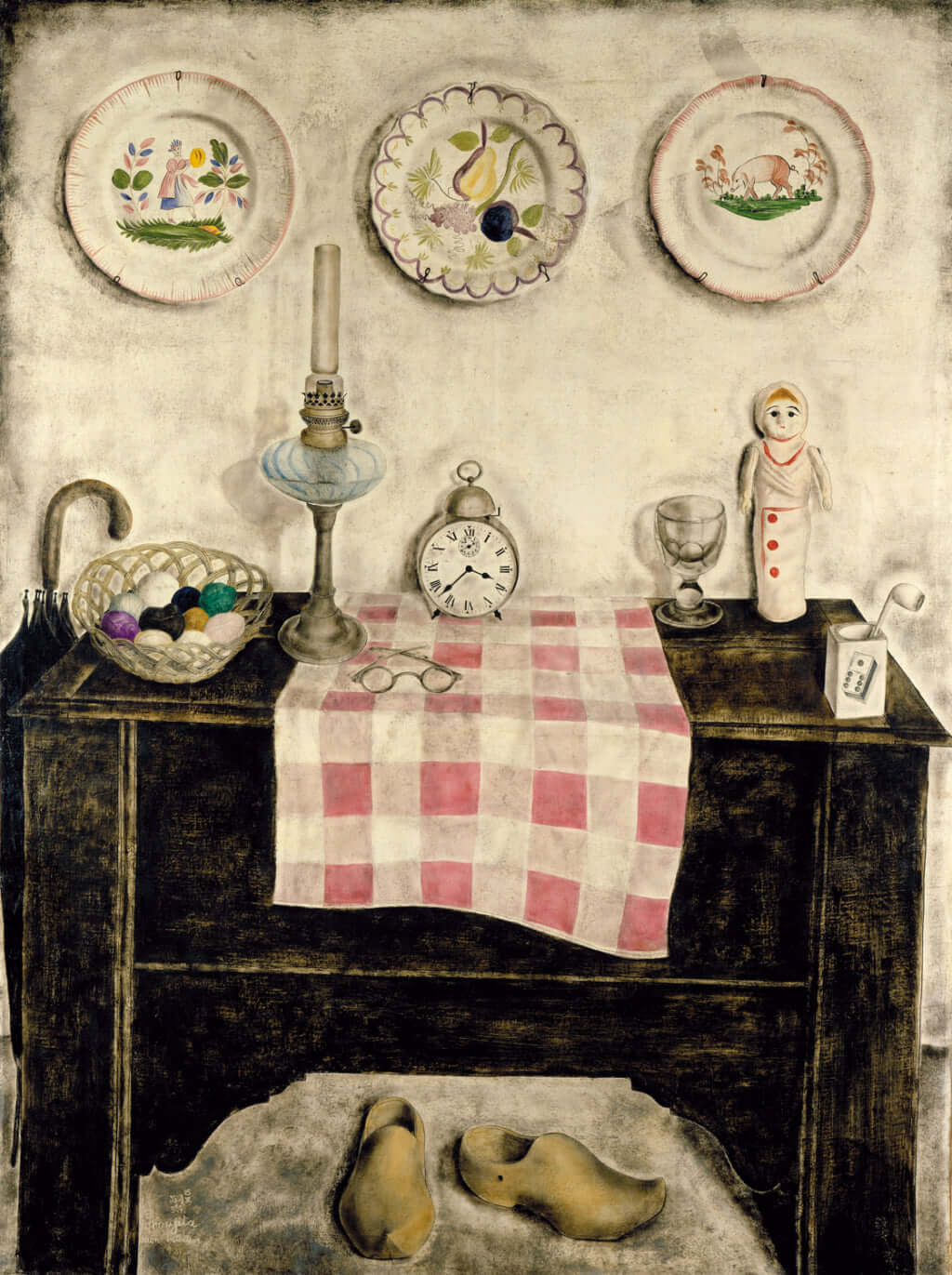 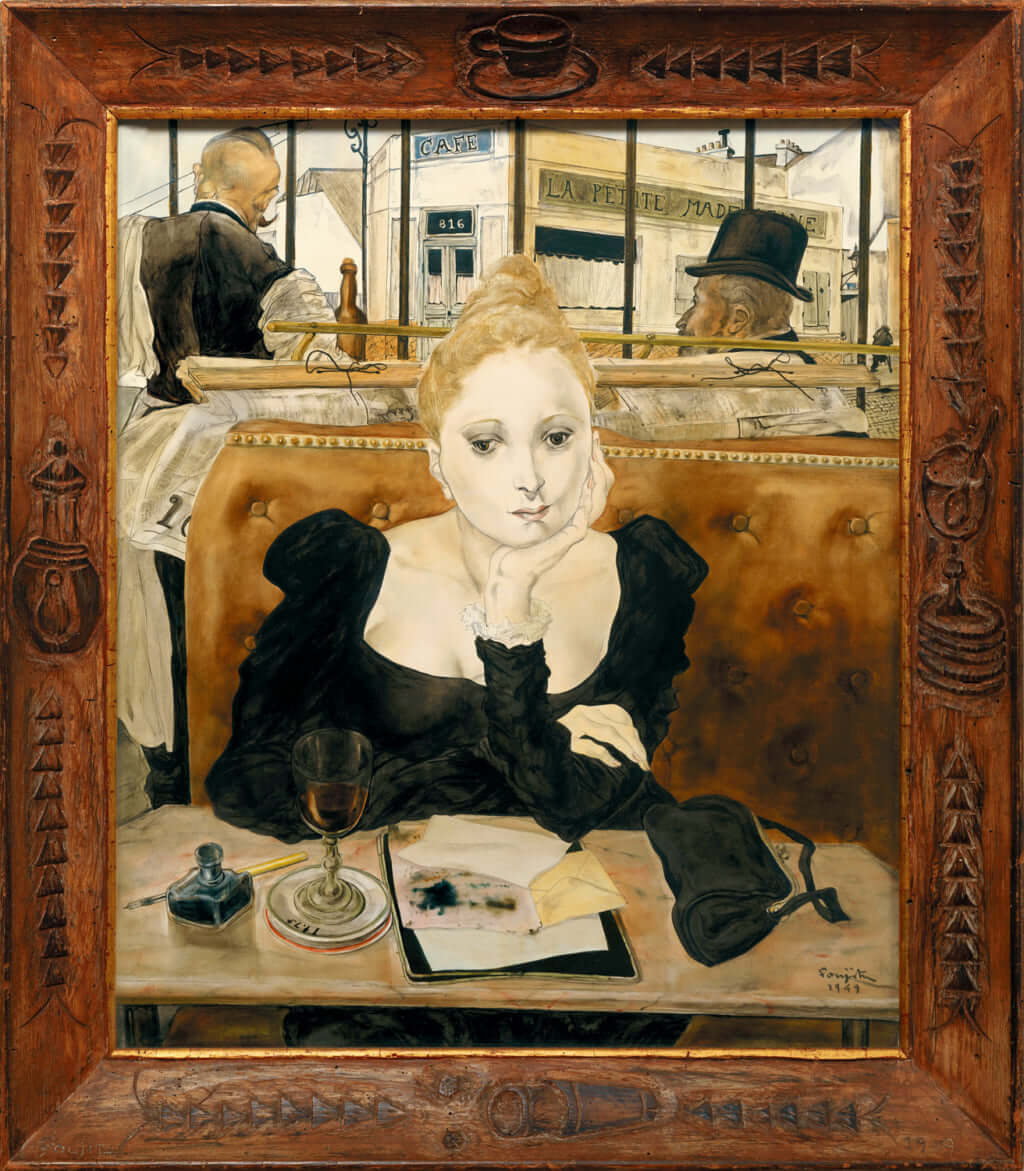