Humans and the Sea, Bound by a Line

In the series ‘Fishing’, photographer Keiko Sasaoka follows anglers across Japan and examines their relationship with the environment. 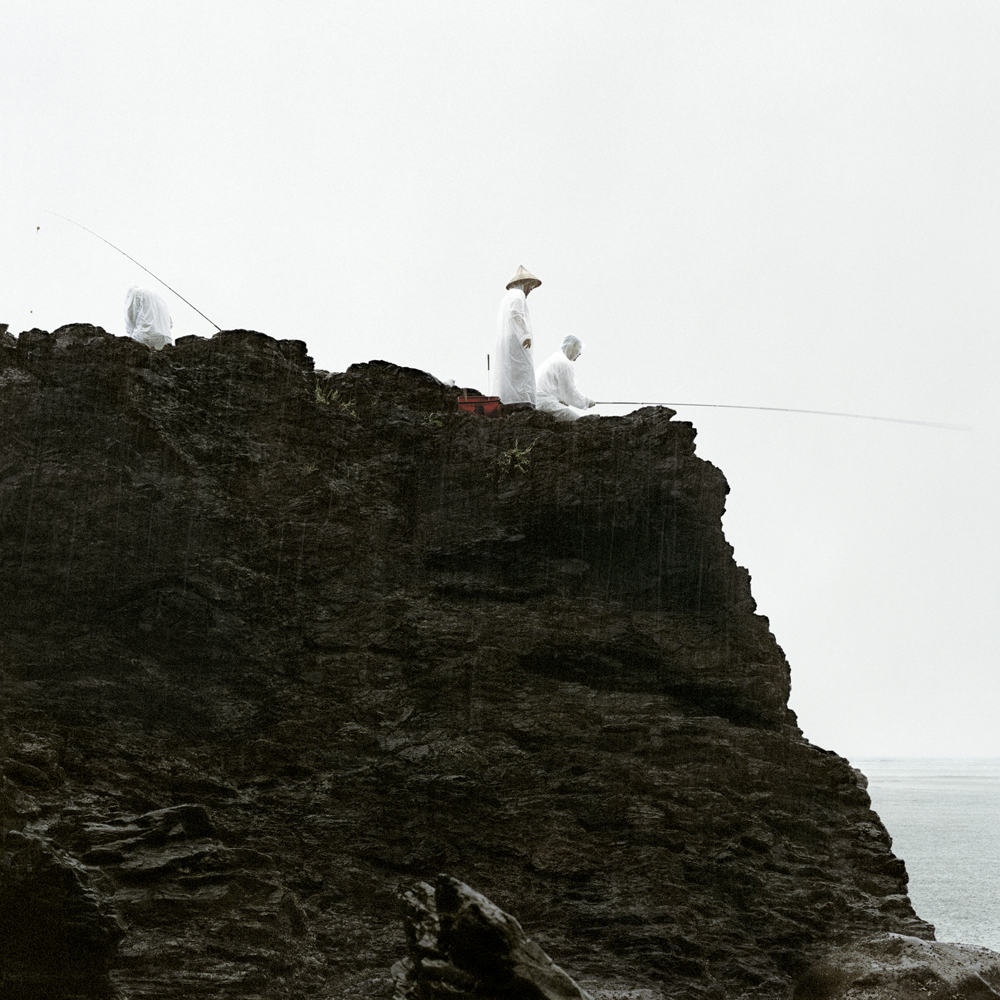 Japanese photographer Keiko Sasaoka tells a story of harmony between humans and a natural environment. These photographs, taken between 2001 and 2012, immerse the audience into the world of fishermen at work on the islands of Chiba, Aomori, Kanagawa, Hokkaido and Okinawa, and in Tokyo.

A founding member of the photographers’ gallery —a group of photographers who have a gallery, a magazine and various collections—, Keiko Sasaoka presents one of her first projects in Fishing (published in 2012 by KULA). As the artist explains to Pen, ‘As I started photography in Japan, surrounded by the sea, the varied coastline was a great place to practice. Anglers are the ones who lead me to unknown landscapes, and they are the symbol of human beings who stand in harmony with nature’.

The photographs assembled in Fishing bring together three elements: rocks, the sea and fishermen —the latter blend into this universe such that the viewer’s eye goes in search of them. Although these landscapes could be conducive to escapism and the light is remarkable, the harsh nature of the environment  is equally striking. Humans can operate there, but they do not have control; they have to yield to their environment. The rocks are sharp, the sea is the master of destiny, and humans appear minuscule. In other images, taken when the tide is out, the fishermen are depicted in an environment that is temporarily offered to them by nature.

The link that connects these entities (humans and the sea), their channel of communication, is incarnated here by the fishing rods. They ‘repeat the monotonous movement of throwing and winding the lure all day long… It is also a symbol of the ideal relationship between a small human being and the [vastness of] nature’, explains Keiko Sasaoka.

With regard to this relationship, the artist explained in 2012 , during an exhibition at Tokyo Metropolitan Museum of Photography, that ‘their whole being is focused on the slightest movements of the line. A splinter of sunlight runs down the length of the transparent line. The taut line corresponds with the invisible darkness of the sea. Even though it be for only a brief moment, the image of the angler is separated from past and future to become one with the sea’.

Following the tsunami in 2011, which particularly affected these coastal areas, Keiko Sasaoka states that ‘many people were afraid of the sea. But when I found an angler on the coastline, I was very impressed with his unchanging appearance. Only because they know the sea very well, they can be afraid correctly and enjoy themselves’.

Since this event, the artist has been living in Tohoku. This is where she took, between 2011 and 2014, the photographs assembled in the project entitled Remembrance (2021), a portrait of stricken and lost towns, examining the concept of memory.

Fishing (2012), a series of photographs by Keiko Sasaoka published by KULA. 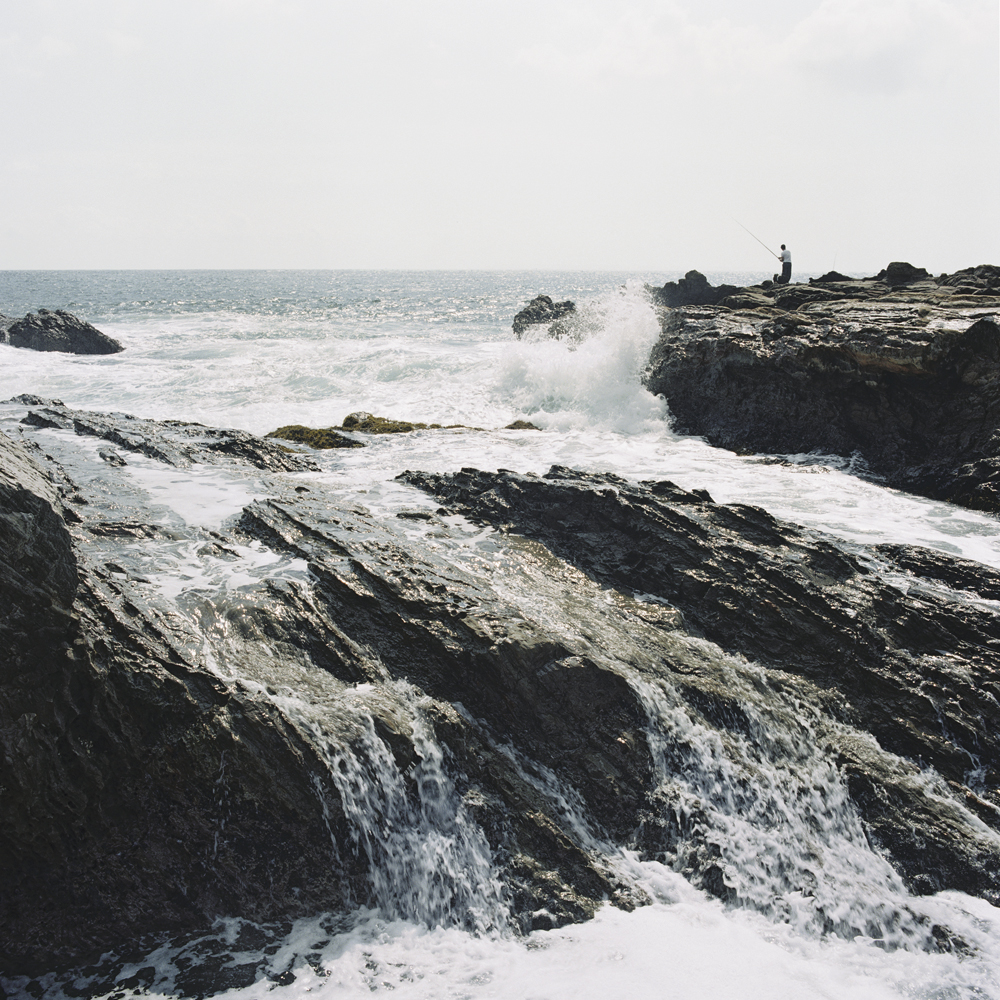 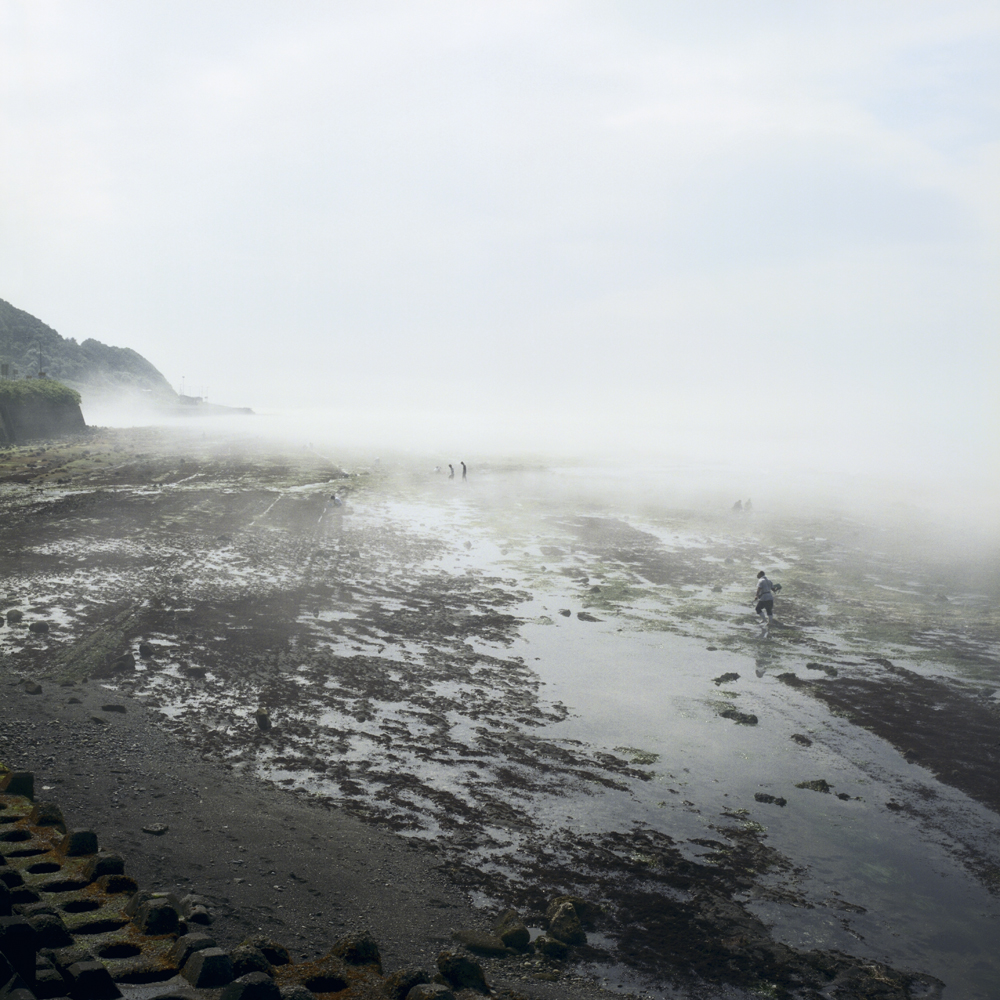 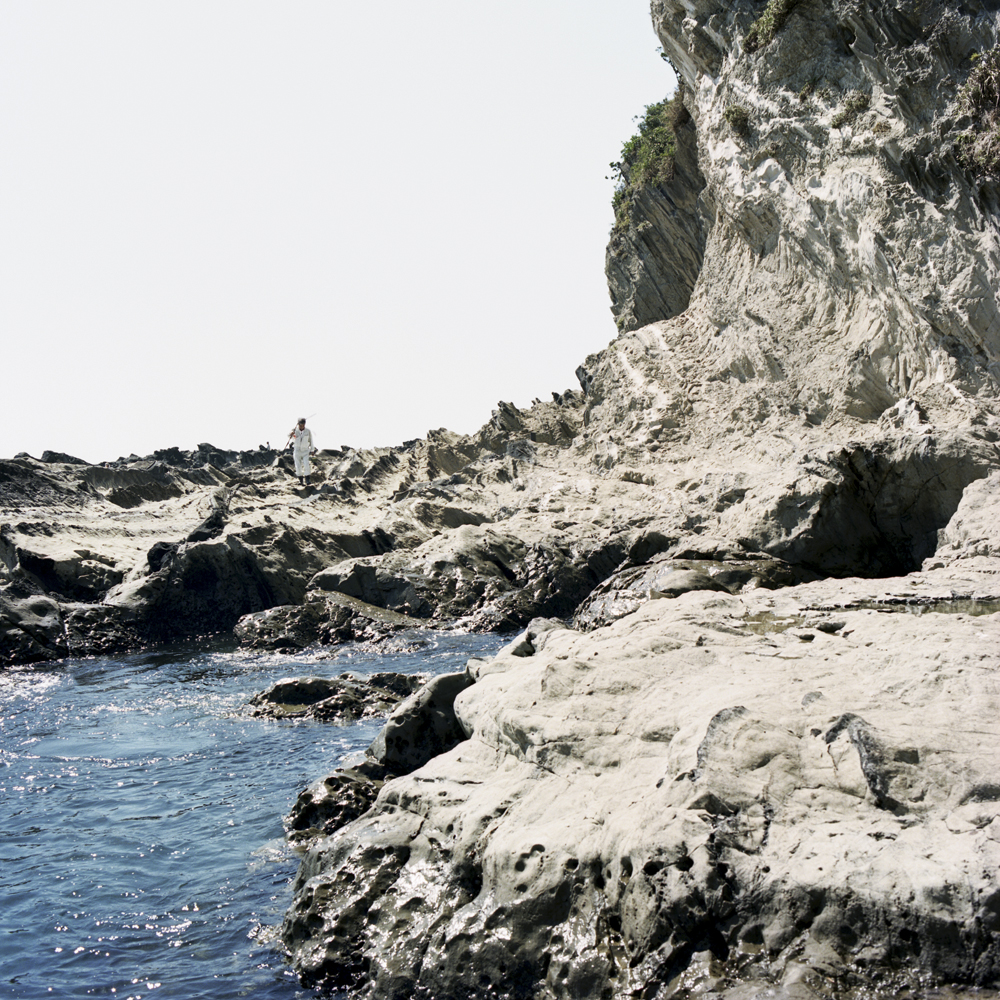 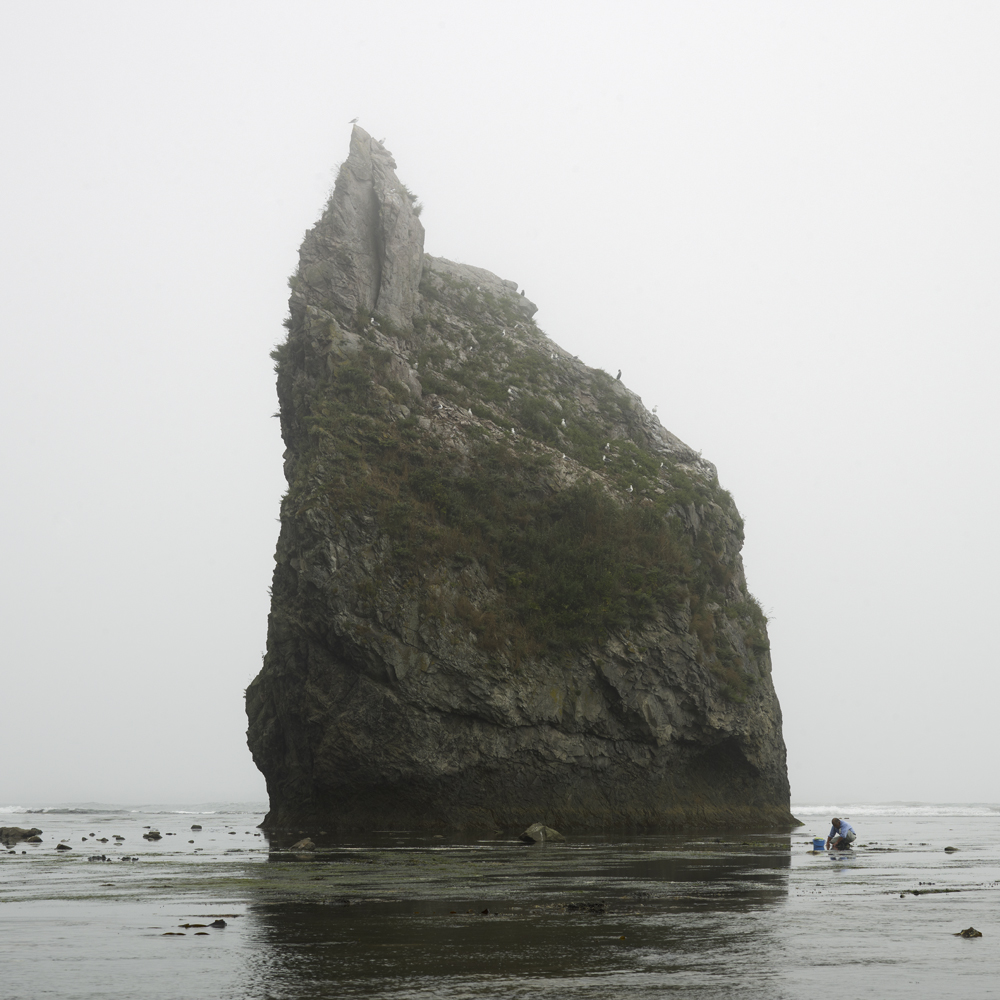 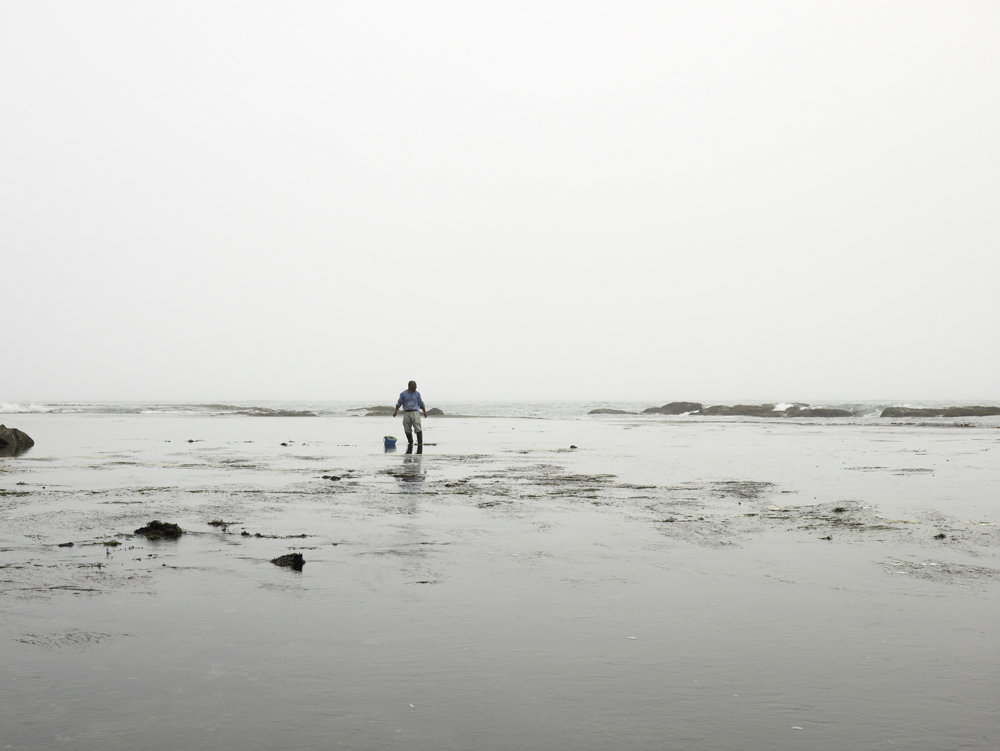