In 'Tokyo Twilight Zone', photographer Shintaro Sato presents the capital from an angle more familiar to its residents than visitors. 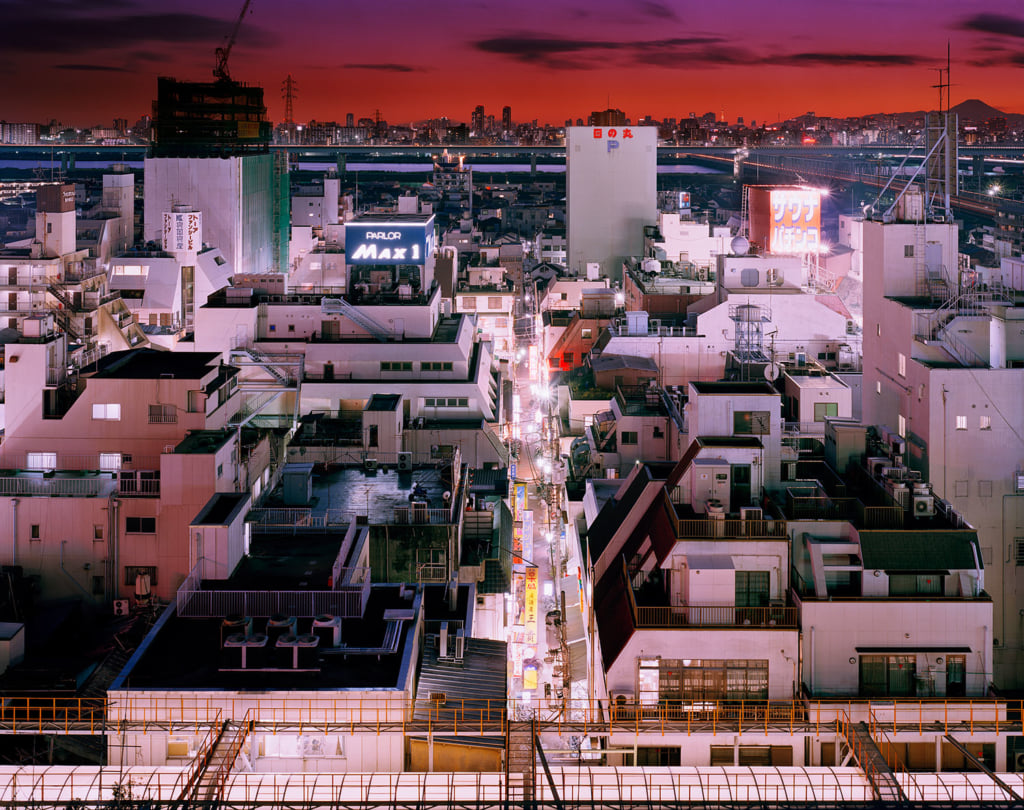 Between 2002 and 2008, Shintaro Sato wandered the streets of Tokyo, looking for the best place to capture the essence of the city. But this quest had a precise set of specifications. For the photographs to be able to be included in his series Tokyo Twilight Zone, the photographer had to find a fire escape that offered a view of an almost picturesque landscape, high enough to give the impression of a panorama and, at nightfall, illuminated by a few hints of artificial light.

Shintaro Sato is a Japanese photographer who was born in Tokyo in 1969. He graduated from Tokyo College of Photography in 1992 and from Waseda University in arts and sciences a few years later, then began his career as a photographer for Kyodo News in 1995. In 2001, he left the Japanese press agency to go freelance.

‘The view from a fire exit is different to that offered by observation decks built on tourist sites or the vertical perspective of satellite images that are easily accessible to anyone who owns a computer’, the photographer explains. Fire exits, which generally look out onto little adjacent streets, also make it possible to reveal another side of the Japanese capital.

Shintaro Sato takes his photographs using a large-format camera, always in the middle of winter ‘when the air is clear’, and takes care of the prints himself. He tends to take his photographs when night is about to fall, with a mix of the natural daylight as it fades and the artificial light from the city and people’s homes. ‘I think this moment when the new creeps in and the old fades in a slow, simultaneous dance is when the city, forever ambiguous, is at its most beautiful. The moment of transition when twilight transforms into night, and the viewpoints that reveal commercial zones combined with residential areas where people go about their occupations. This intermediary time and space that I call the “Twilight Zone” spread out calmly before my eyes’, Sato Shintaro declares.

Thus, the viewer discovers the various facets of Tokyo: tall skyscrapers with multiple windows through which the light from apartments breaks, passages illuminated in shopping arcades, houses with corrugated iron rooves, residential areas, and cemeteries, sometimes embellished by a firework set off in the distance or a full moon.

Tokyo Twilight Zone (2002-2008), a book of photographs by Shintaro Sato, is published by Seigensha. 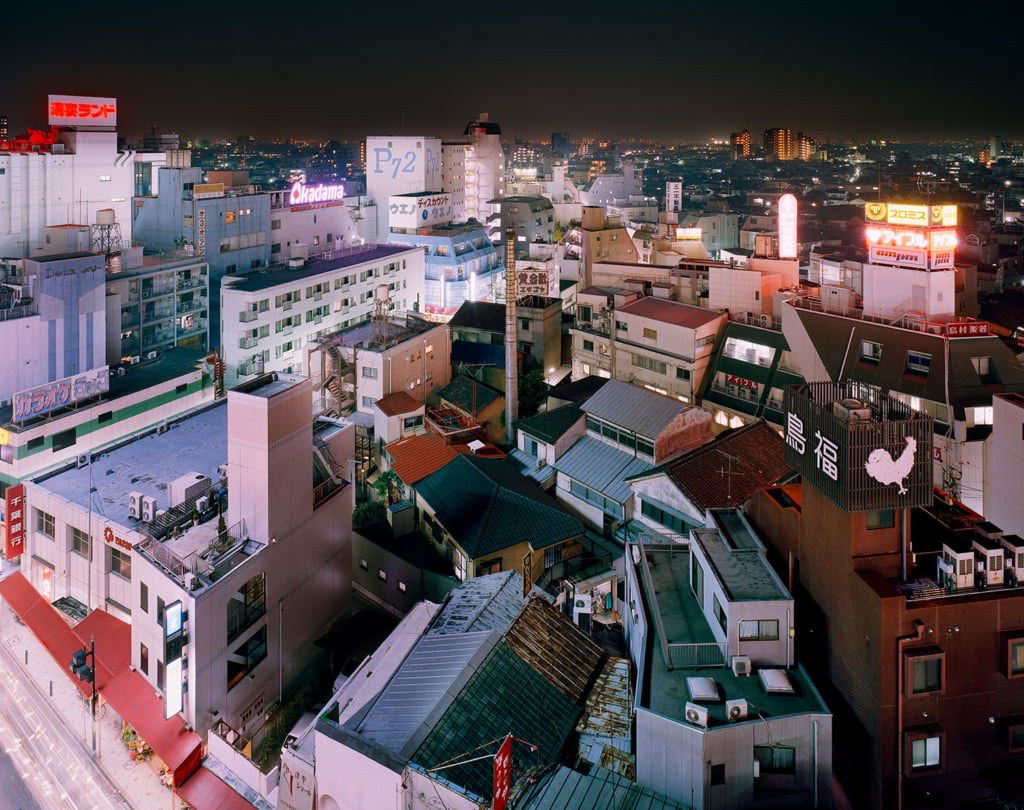 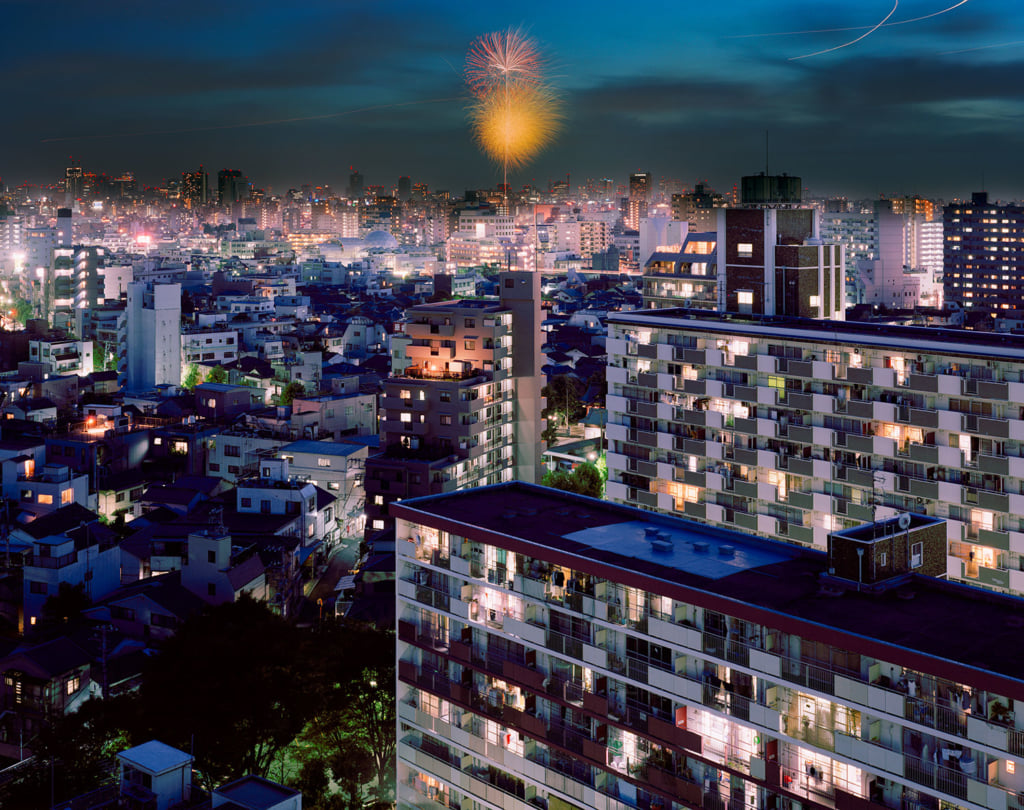 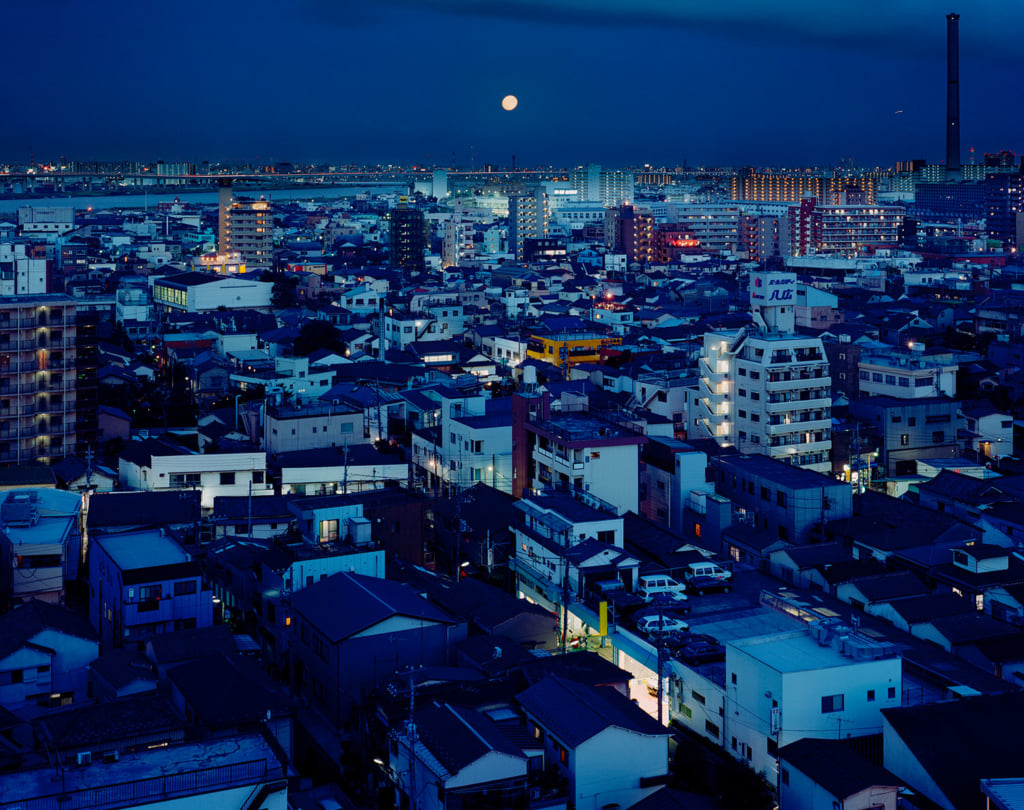 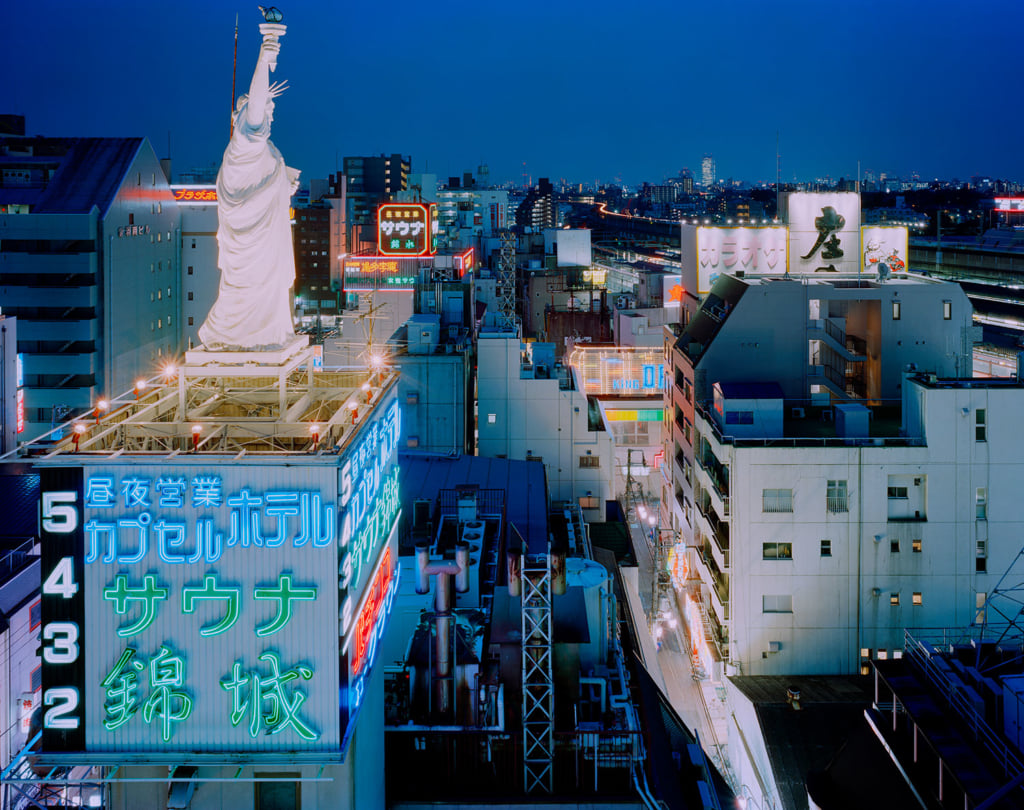 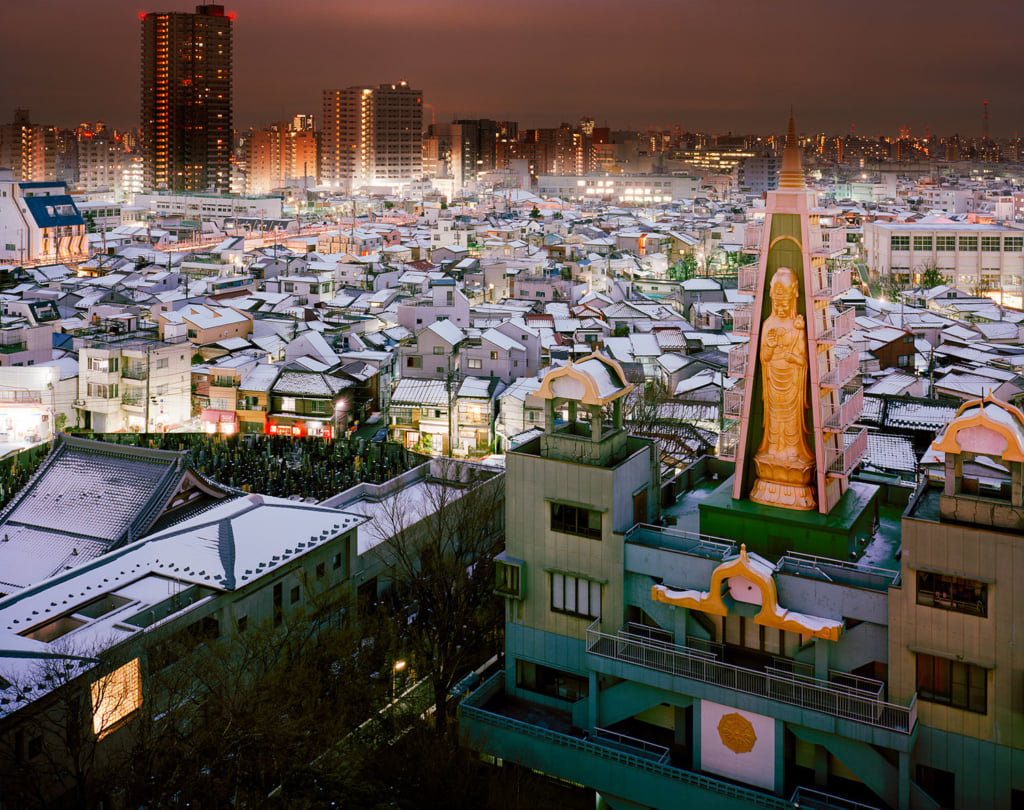 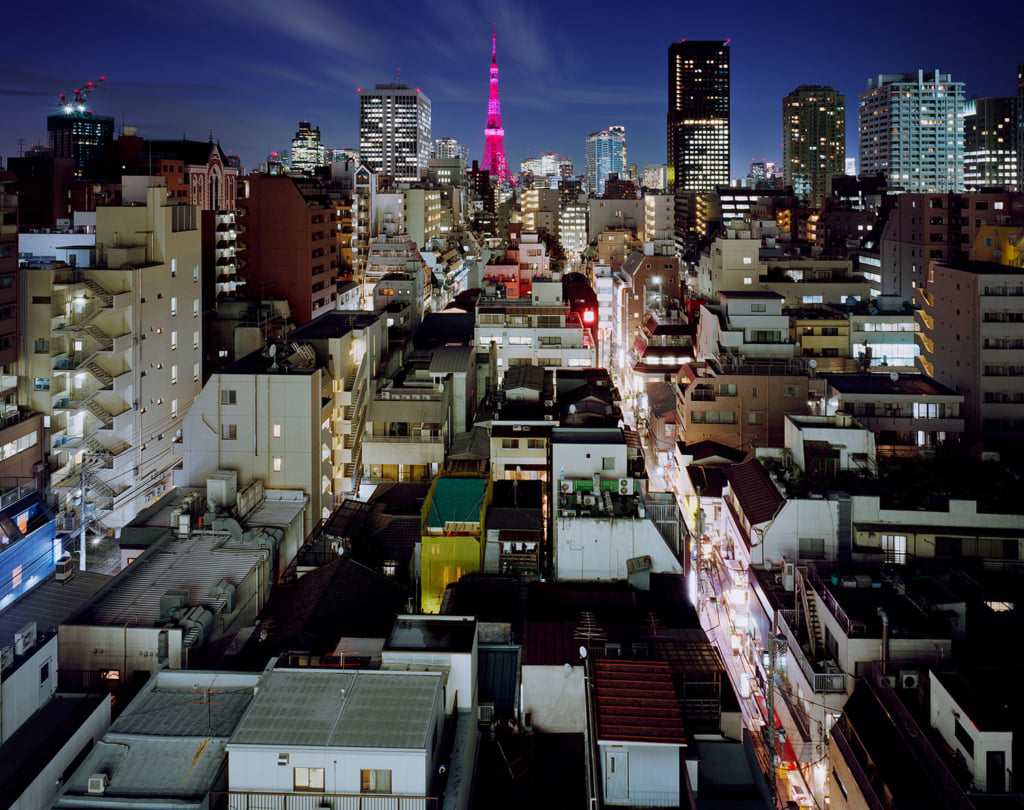 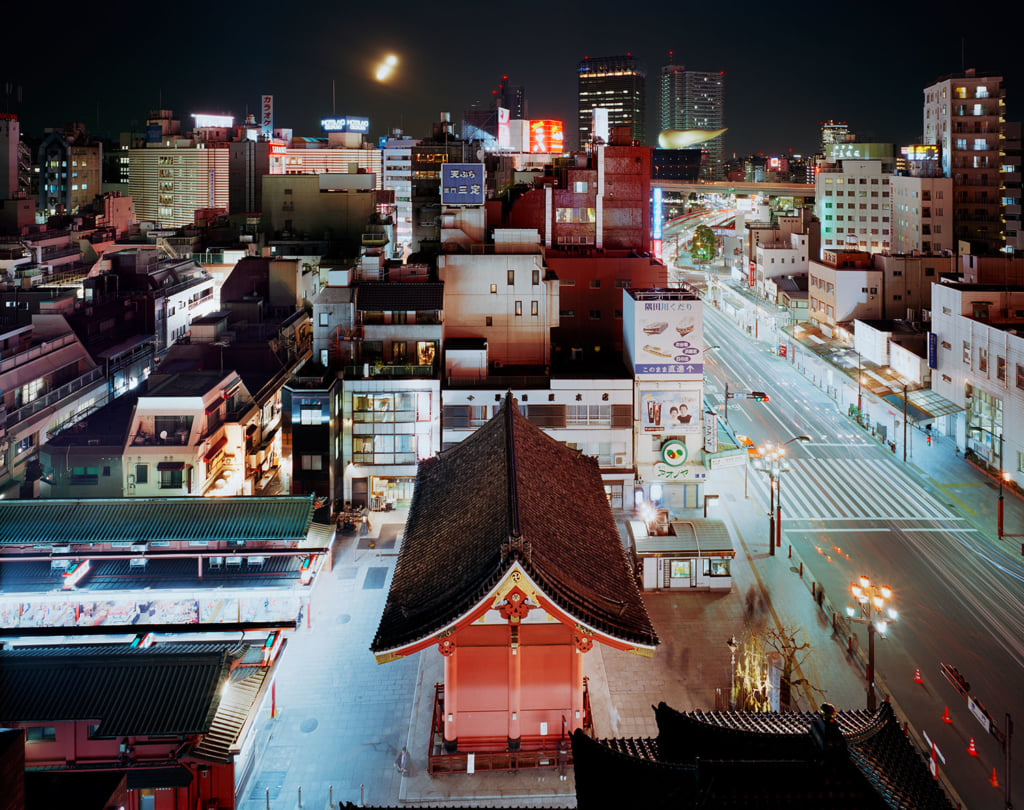 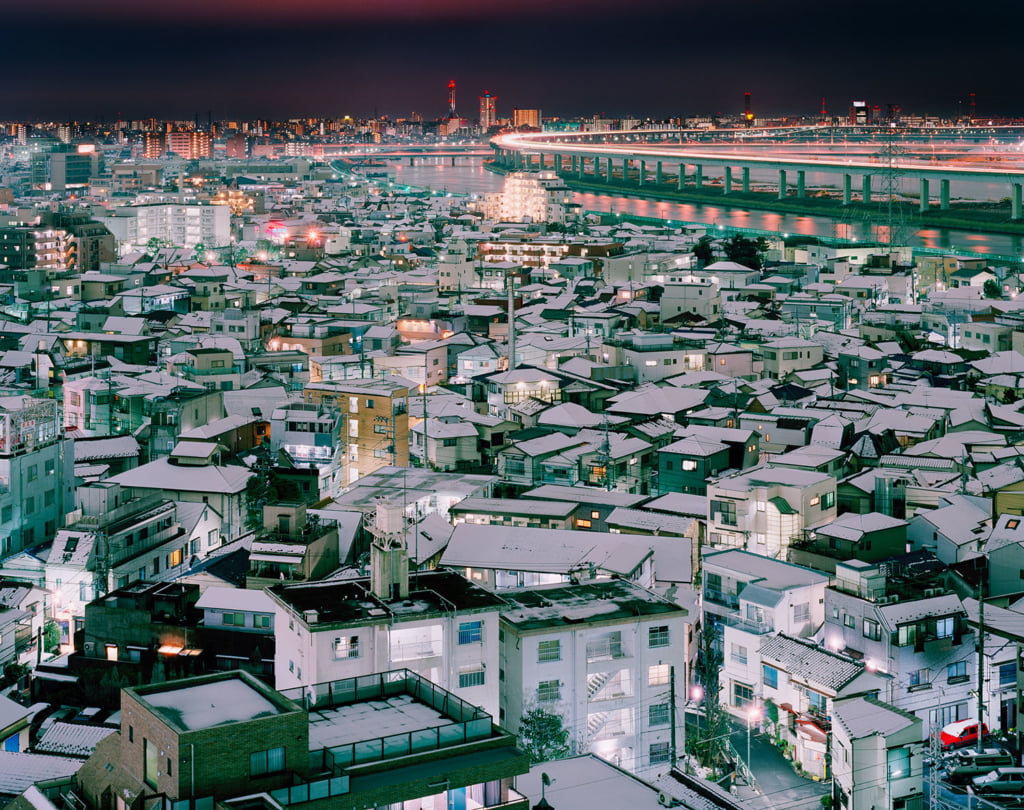