Deeply influenced by his travels around the country, the Swedish illustrator takes inspiration from them in his works, paintings, and models. 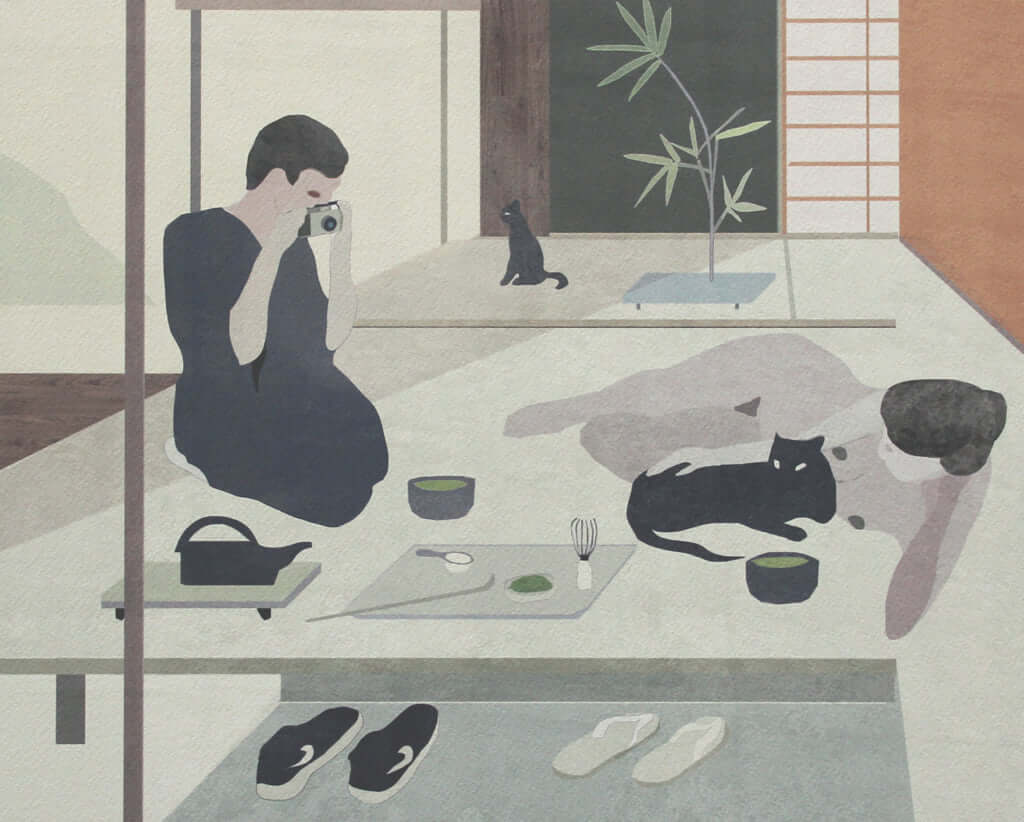 ‘Matcha Morning’, part of the にほん１５ series by Jon Koko

His illustrations bring together the modernity of lines and the staging of prints. Jon Koko sketches, then uses oils to paint characters immersed in the traditional Japanese universe. From languid tourists in a machiya to landscapers at work in a karesansui (a dry landscape garden), everything is taken from his memories.

Originally from the south of Sweden, Jon Koko completed his secondary studies at art school before launching himself as an independent artist and illustrator. In autumn 2011, he visited Japan for the first time. It was a visual shock and an initiatory trip that marked an aesthetic turning point in his career. He went on to return several times, notably in May 2015. This voyage gave rise to the series にほん15 (Nihon 15). The artist then took classes at a school of printing in the city of Kyoto.

From art to architecture

‘After my first encounter with Japan, something indescribable happened inside me’,  Jon Koko reveals in an interview with Pen. ‘You could say that my life changed completely from that point. The Japanese aesthetic and art became my main source of inspiration, while at the same time I was experiencing a sort of spiritual awakening, strongly influenced by Buddhist and oriental thought.’

The humility and modesty of these teachings stand out clearly in Jon Koko’s works on his return from his travels. Also passionate about architecture, he began drawing elaborate volumes, if not whole houses – the plans for which he placed on linen canvases, the grains bringing out the ethereal style. These buildings reflect Japanese architecture, both traditional and modern. There are shoji, sliding wooden panels that act as partitions in old houses, along with concrete blocks bordered with water, evocative of the work of Tadao Ando.

‘I’m inspired by the appreciation of emptiness, which I think is unique to Japan’, the artist explains. This vision of space led him to take his architectural desires off the page and make them a reality. This time, Jon Koko brought his dream houses to life in the form of models, named ‘Tatami House’ and ‘Tokonoma House.’ These miniature buildings are designed to be used for practising yoga or meditation and form part of his series Esoteric Houses, which he hopes will one day take shape as full-scale versions. 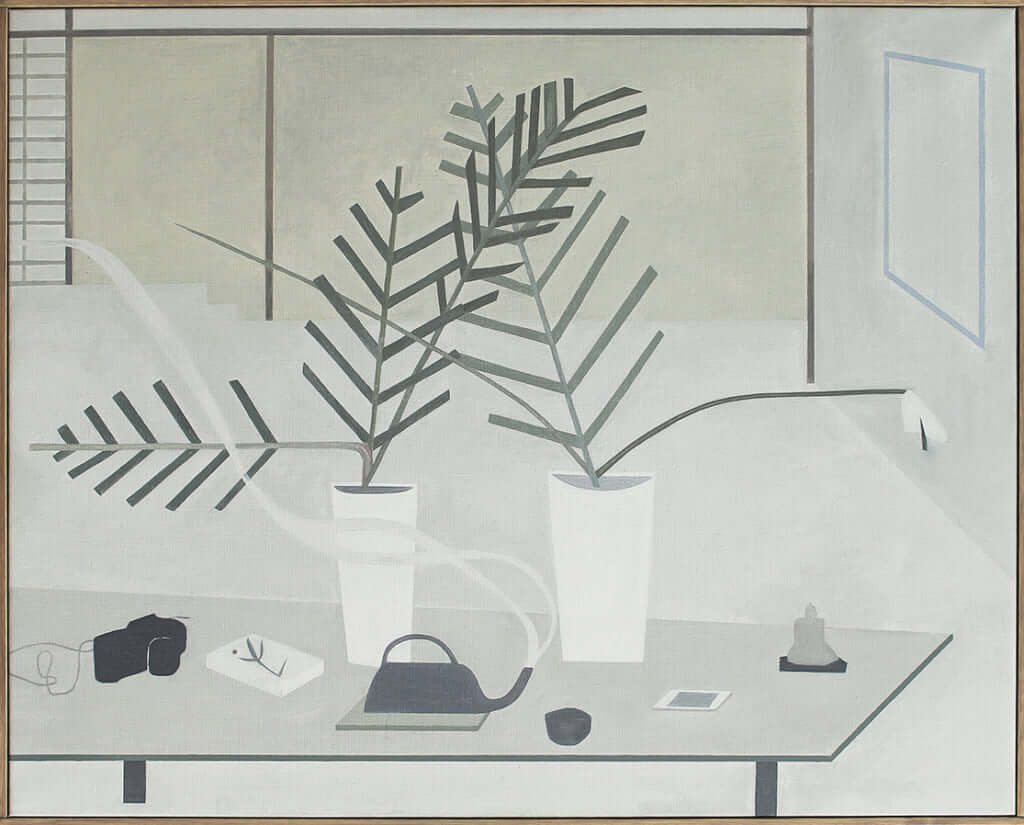 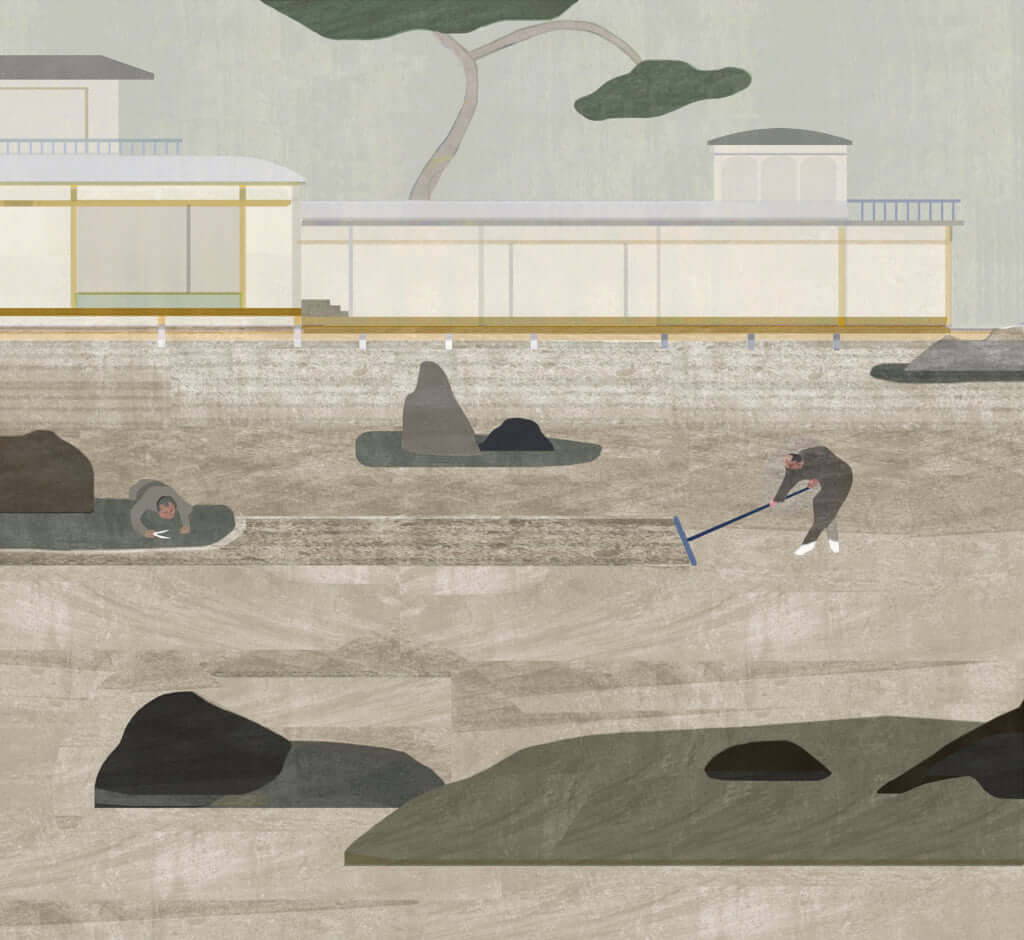 ‘Karesansui’, part of the にほん１５ series by Jon Koko 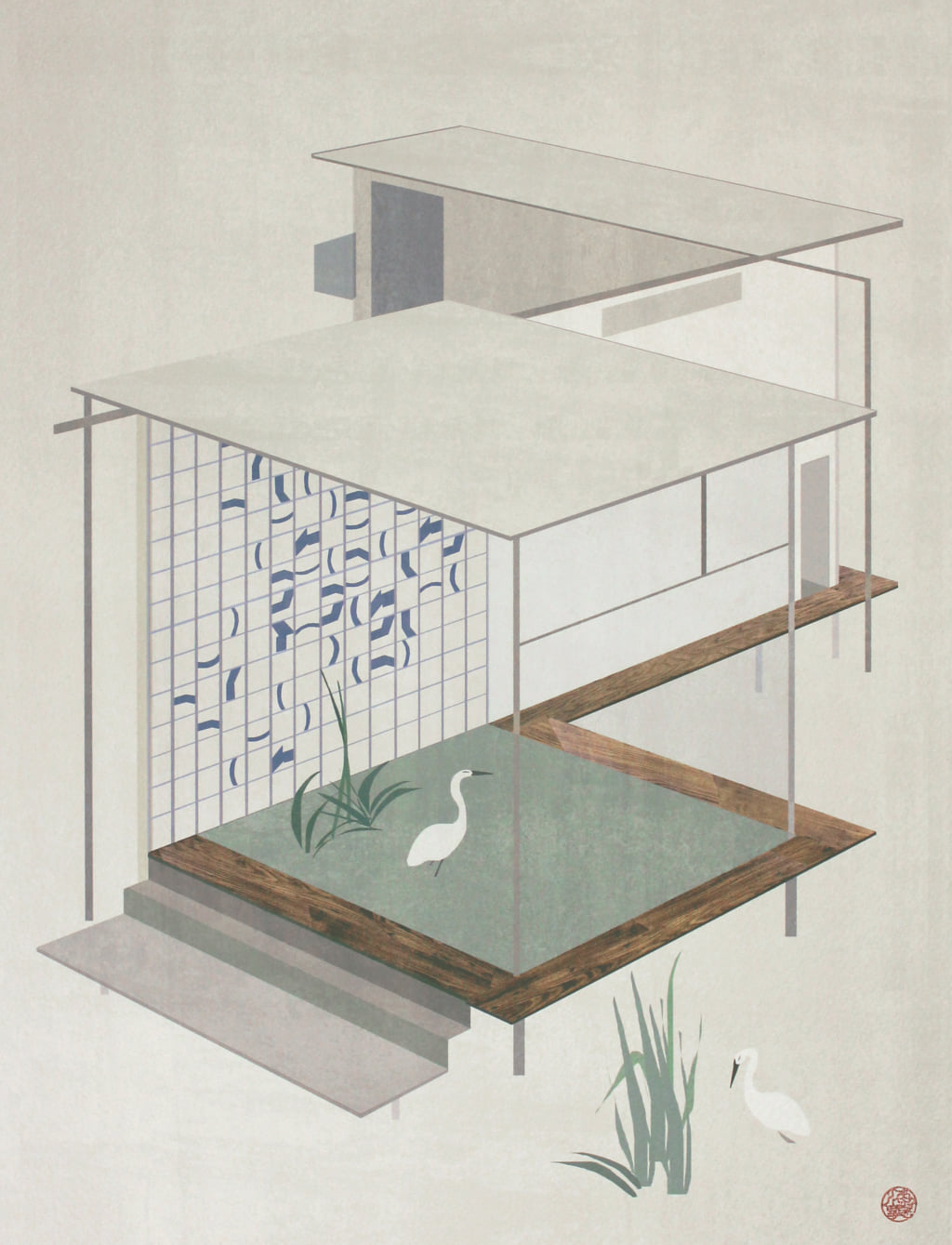 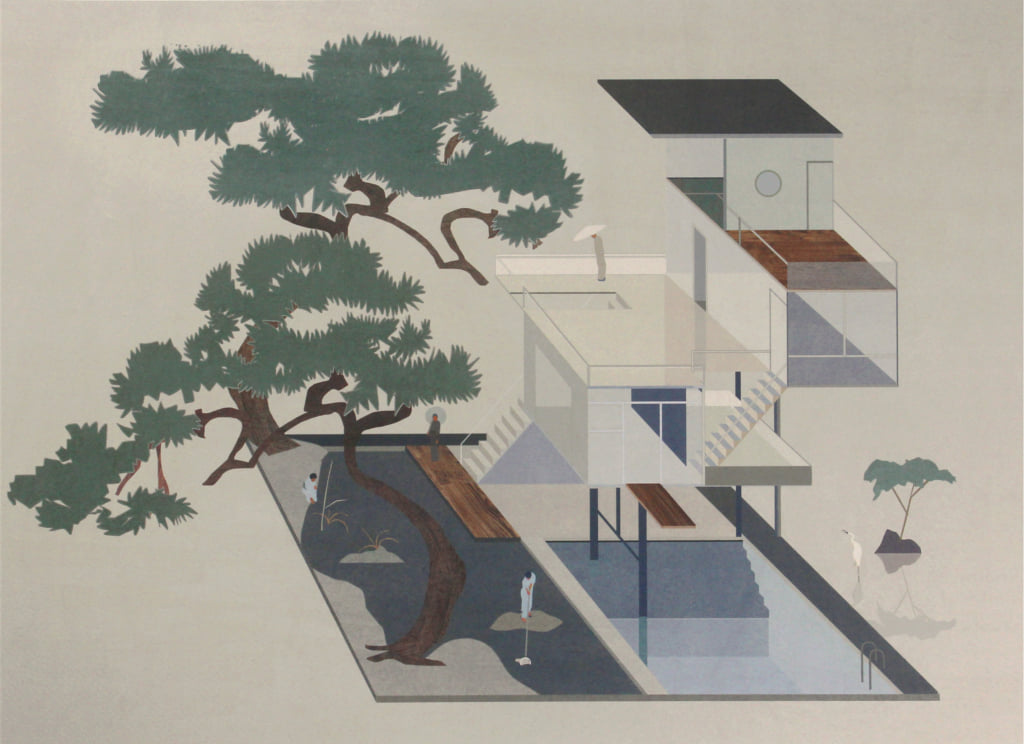 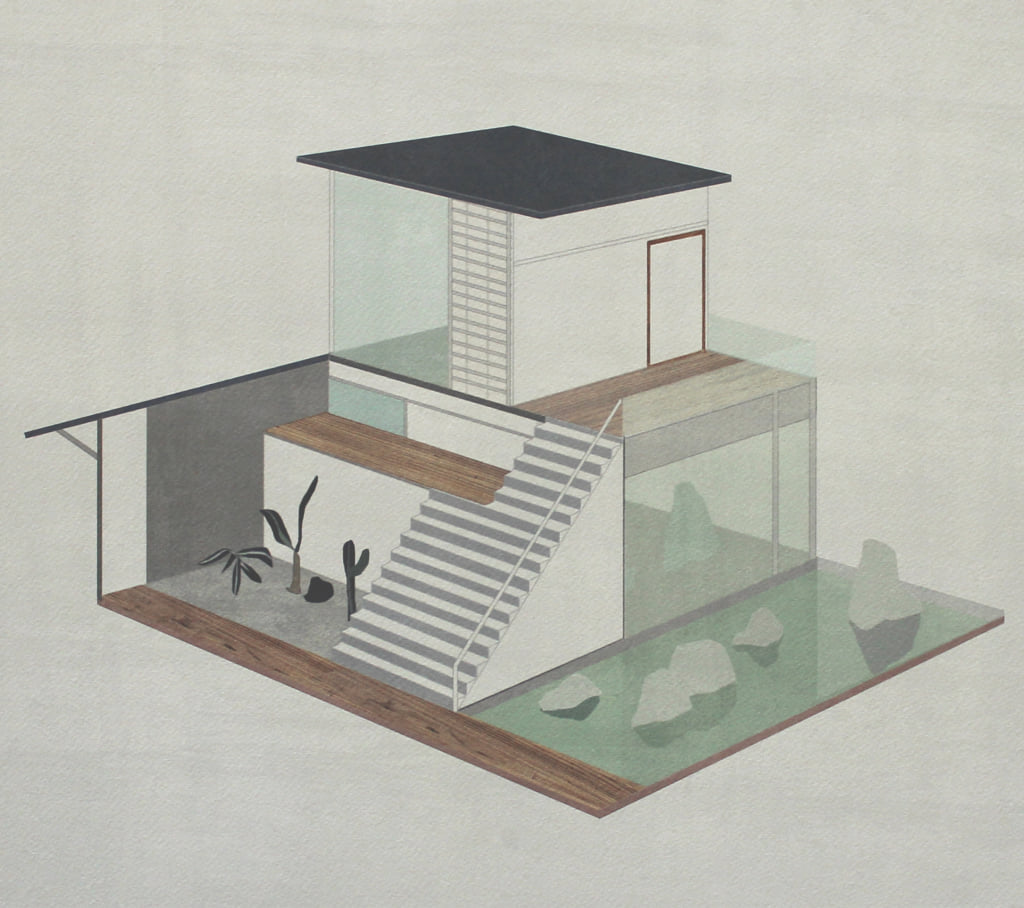 ‘Pond House’, part of the にほん１５ series by Jon Koko 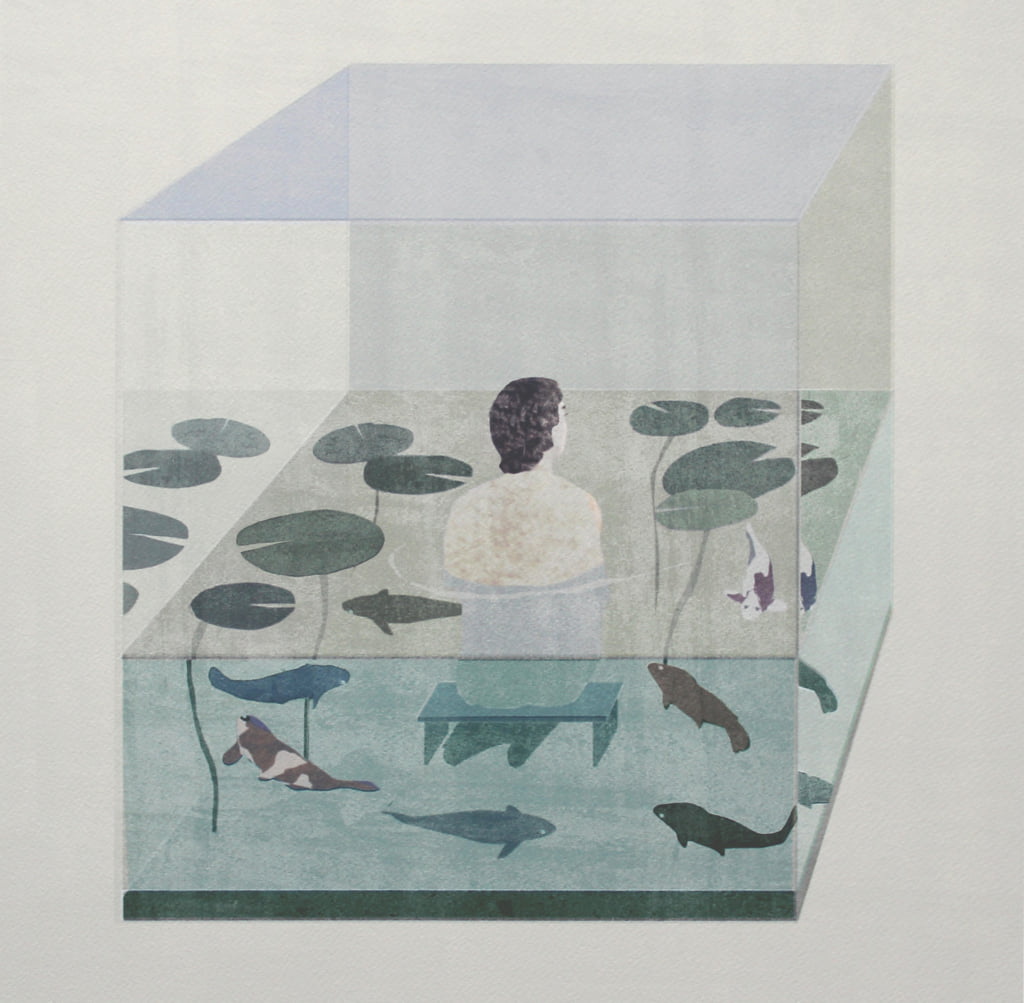 ‘Koi’, part of the にほん１５ series by Jon Koko 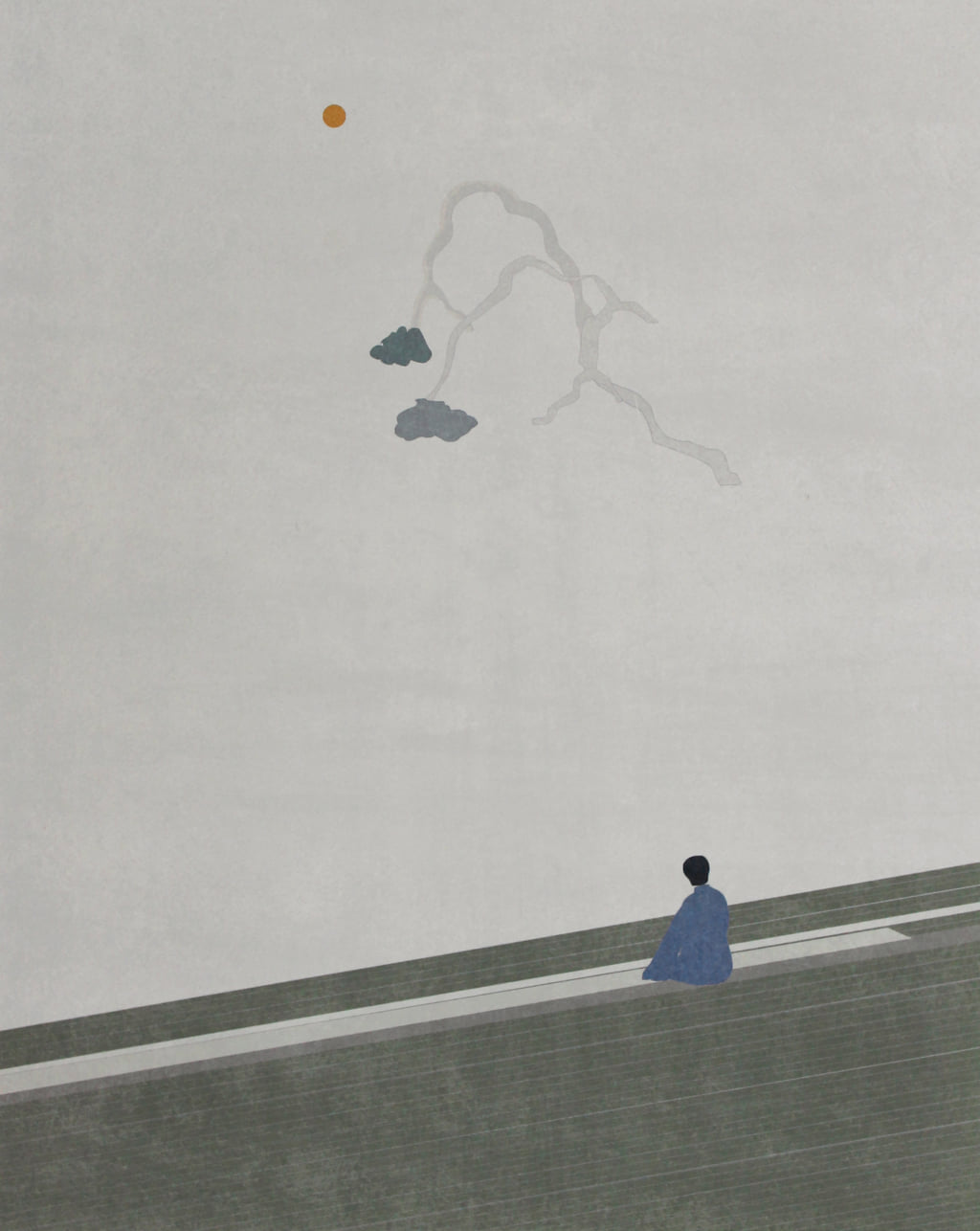 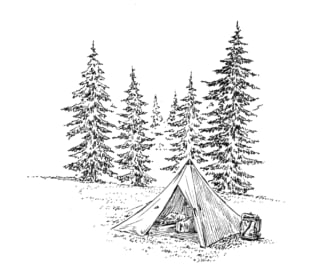 Illustrations of the Everyday by Takeda Yoshifumi 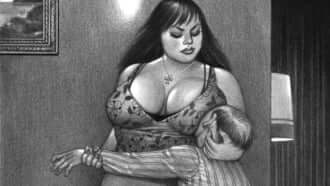 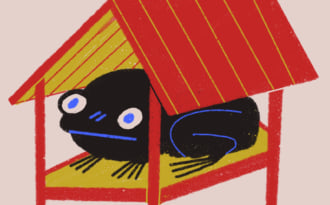