Alongside the first-time English publication of his essays, an exhibition on the Mono-ha artist surveys his extensive work on the medium. 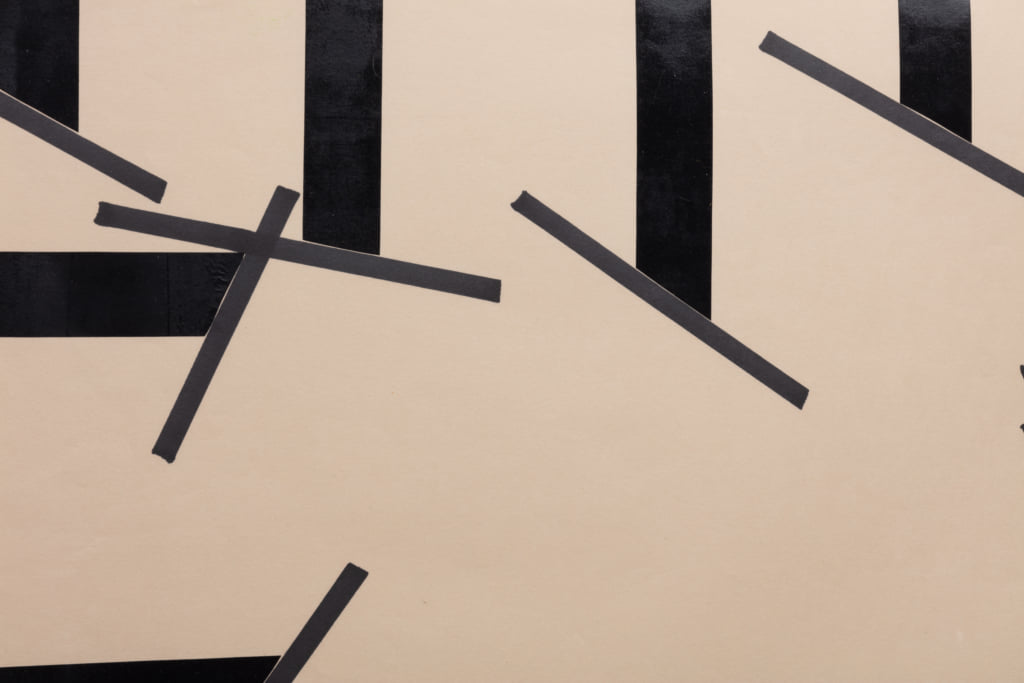 Kishio Suga’s sculptures and installations are muted, simple in their elements. But after close observation, one may notice the hidden truths of our surroundings beginning to articulate themselves.

An exhibition running from January 15 to February 26 2022 at Blum & Poe gallery in Los Angeles is dedicated to Kishio Suga’s works on paper—a comprehensive survey of the medium through pieces rarely displayed outside of Japan—and highlights a keen approach to a substance with a radical history. As a key figure of Mono-ha, a minimalist movement lead by Japanese and Korean artists throughout the 1960s and 1970, a special importance is attached to materiality through his artworks, which delve into the boundary between the natural and artificial. Amongst his own large-scale installations and wall-mounted assemblages incorporating stone, steel plates, glass, cotton, leather, wire, and other matter in ephemeral states, paper has been integral as a unique material in which semiotic conventions are enframed.

A Philosophy of Matter

The Japanese sculpture and installation artist Kishio Suga, originally from Iwate Prefecture and now living in Ito, Shizuoka, studied at Tama Art University before encountering fellow artists such as Lee Ufan and Nobuo Sekine. Together they collectively established what came to be known as Mono-ha (meaning ‘School of Things’).

Influenced by the writings of Kitaro Nishida and Kei Nishitani, but also Jean Baudrillard and Gilles Deleuze, Nāgārjuna and Vasubandhu, Kishio Suga developed his own philosophy of matter and space articulated through terms such as ‘the “interdependence” (izon) of all “things” (mono) being “left” (hochi) in the “situations” (jokyo) that unite them.’ In his site-specific installations, arrangements suspend our accepted understandings of how things should be, allowing elements to speak on their own behalf within a space.

The Backdrop of Backdrop

Kishio Suga’s works on paper, steadily accompanying his thoughts throughout the decades, highlight the idiosyncrasies of our understanding as projected onto the space of surfaces. A precise application of texture foregrounds the contextual circumstances, perhaps alluding to characteristic histories: that of washi in Japan for instance. But his minimal geometrical interventions make tangible the discrepancies in the system of forms that physically shapes the modern world—much like, as he puts it, how architectural plans do not adequately indicate our relationship to the scales and fortitudes of their constructions.

Blum & Poe’s exhibition coincides with the publication of Kishio Suga: Writings, vol. 1, 1969–1979 —the first of an ambitious trilogy of Kishio Suga’s essays, extensively compiled and translated in English for the first time. 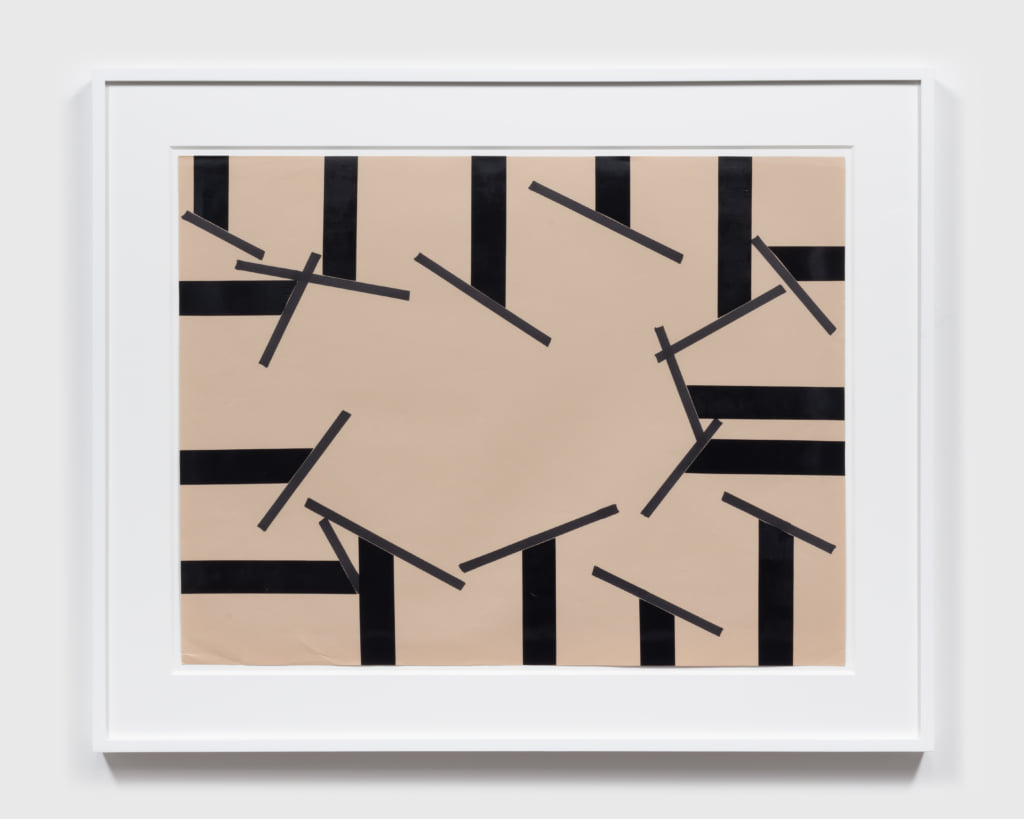 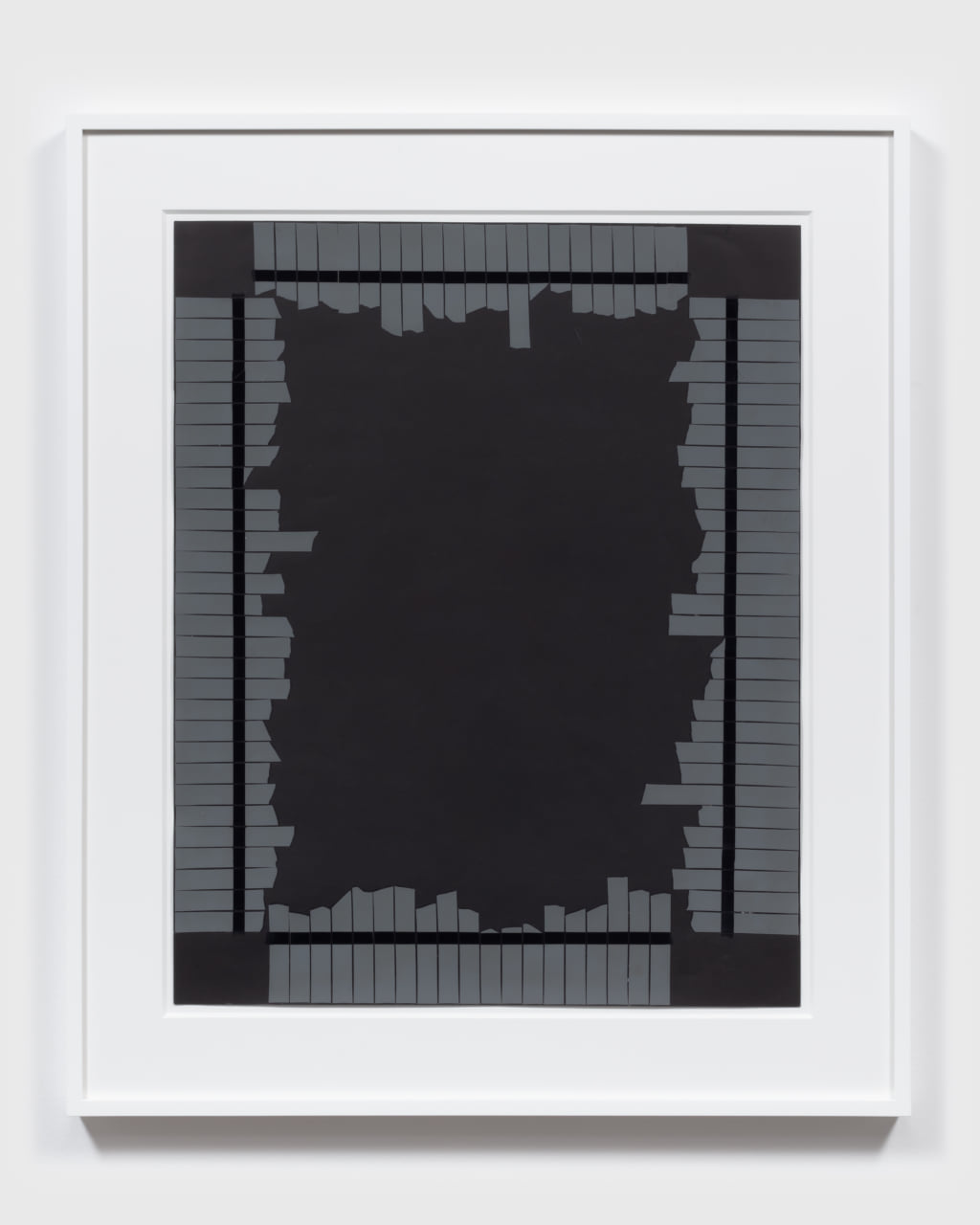 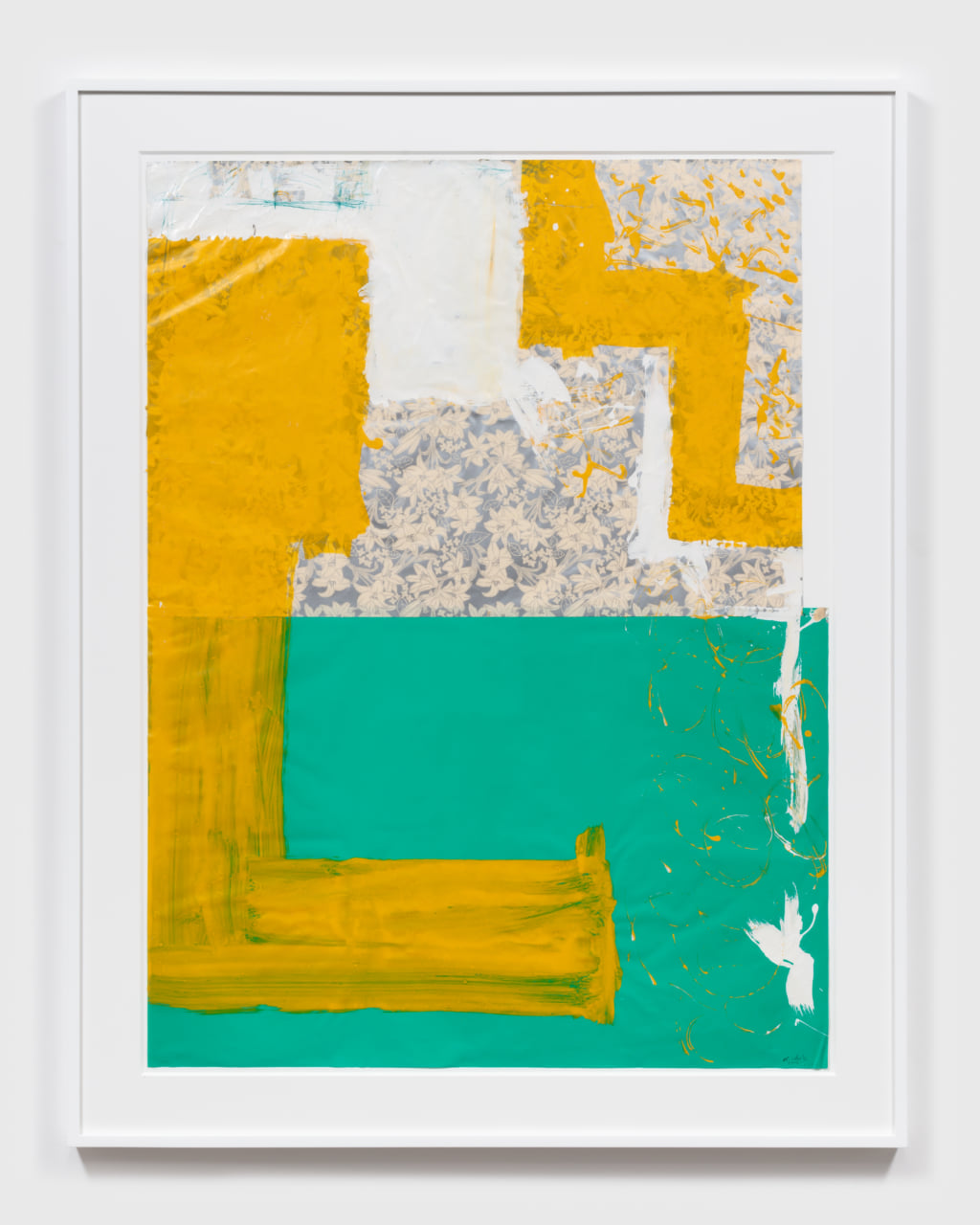 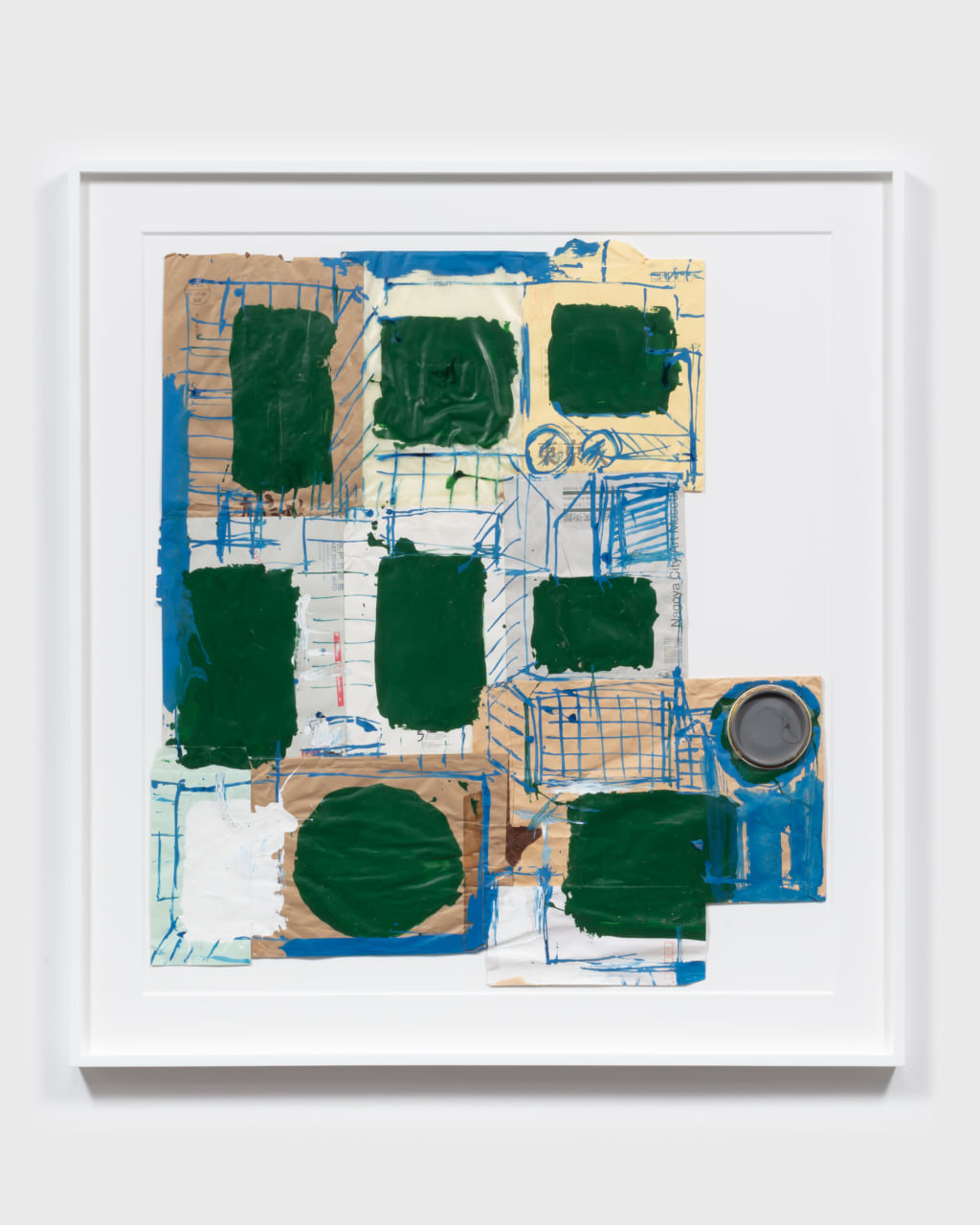 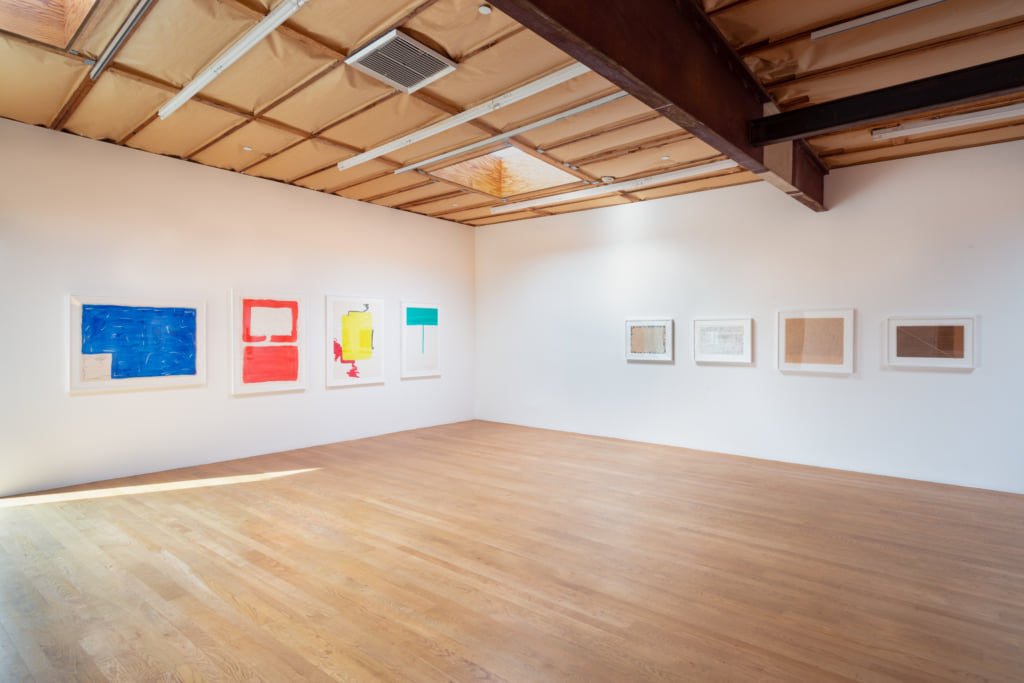 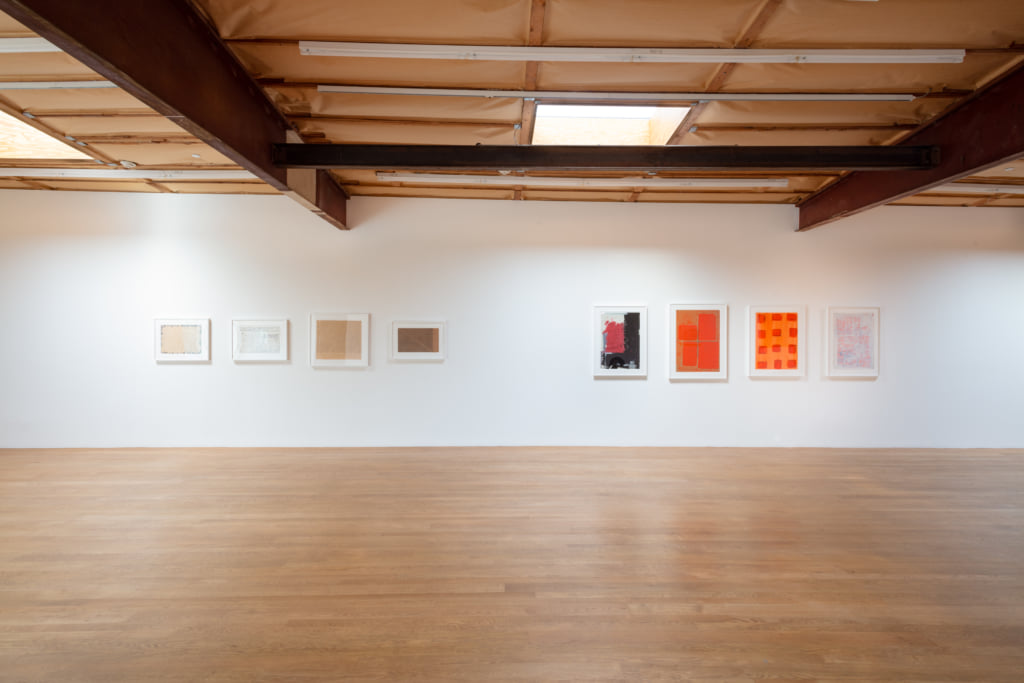