After discovering Japanese engravings, the Dutch artist drew inspiration from them for a series of paintings marked by Japonisme. 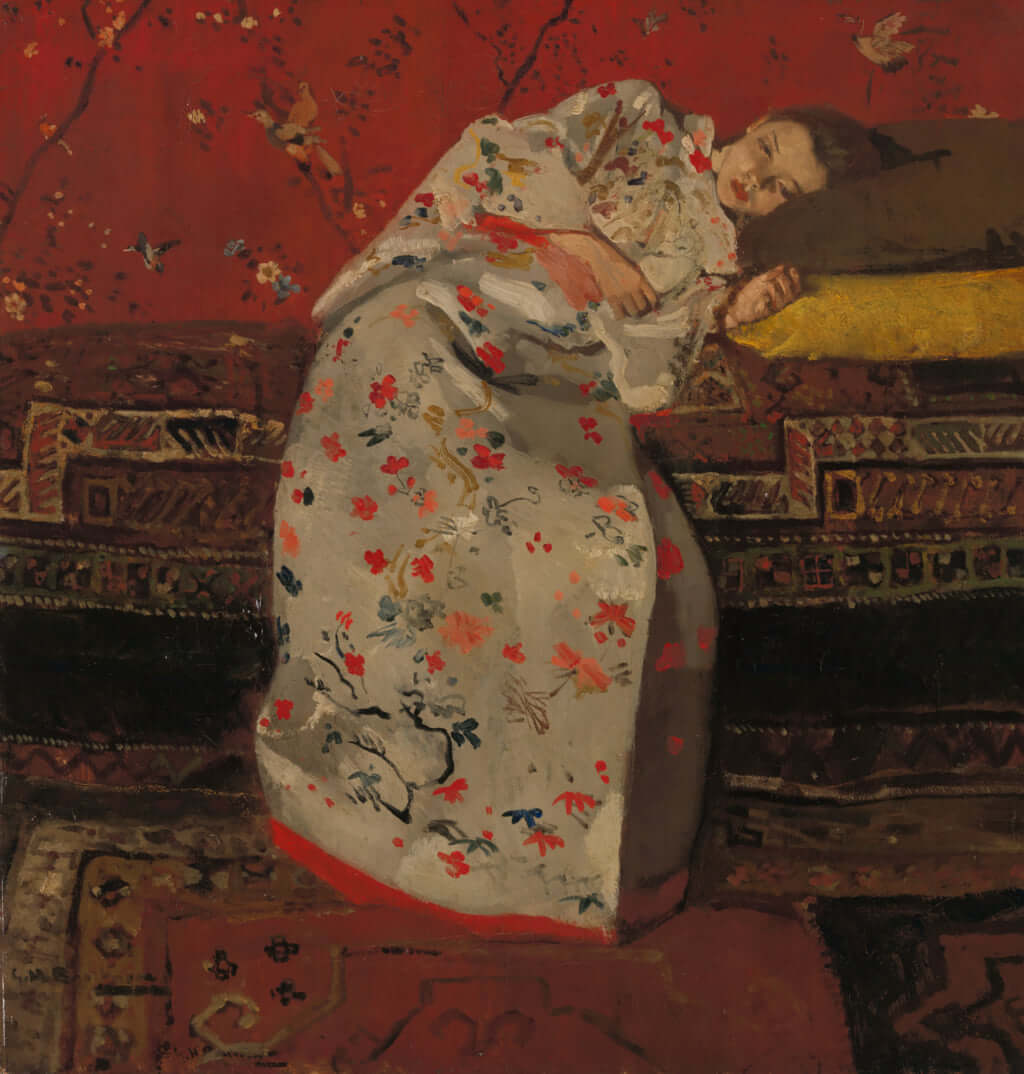 Fascinated by Japan and a collector of Japanese prints, Dutch painter and photographer George Hendrik Breitner produced a series of 14 paintings between 1893 and 1896 that depict scenes of great serenity, entitled Girl in Kimono.

Born in Rotterdam in 1857, George Hendrik Breitner trained in painting at the Royal Academy of Art in The Hague. He considered himself as ‘the people’s painter’ and primarily represented working class subjects. An heir to the impressionist movement, his style also translates a form of naturalism acquired from the influence of his master Willem Maris.

After having discovered Japanese prints at an exhibition in The Hague, George Hendrik Breitner began working on a series of paintings marked by the influence of Japonisme. First, he photographed the model Geesje Kwak, a 16-year-old dressmaker, posing in a red kimono, then a white one, then a blue one.

These photographs gave rise to colourful paintings depicting a woman lying on a bed, dressed only in a kimono. The pieces went on to inspire Vincent van Gogh, himself a fervent admirer of Japan.

Girl in Kimono (1893-1896), paintings by George Hendrik Breitner conserved at the Rijks Museum in Amsterdam. 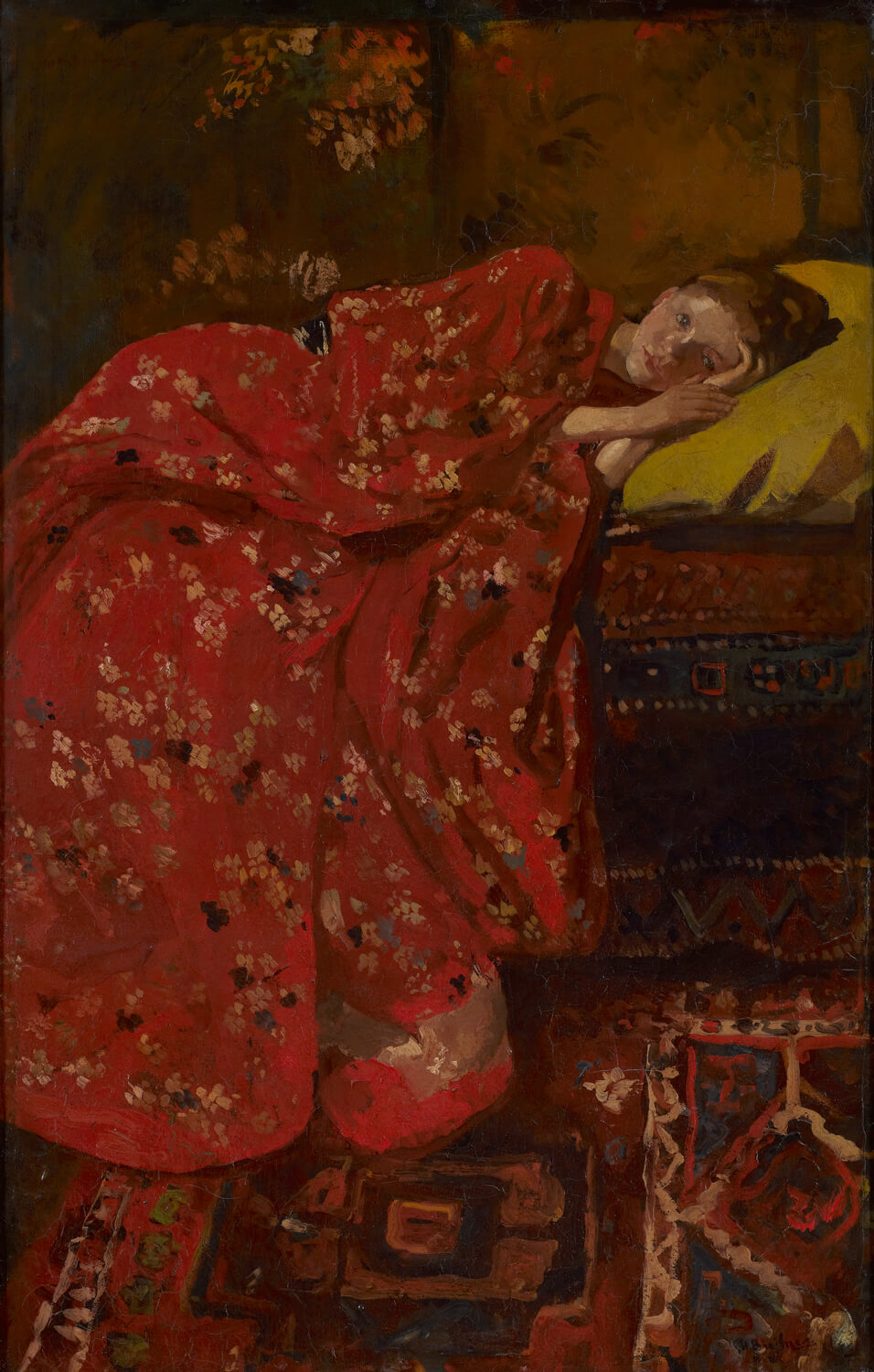 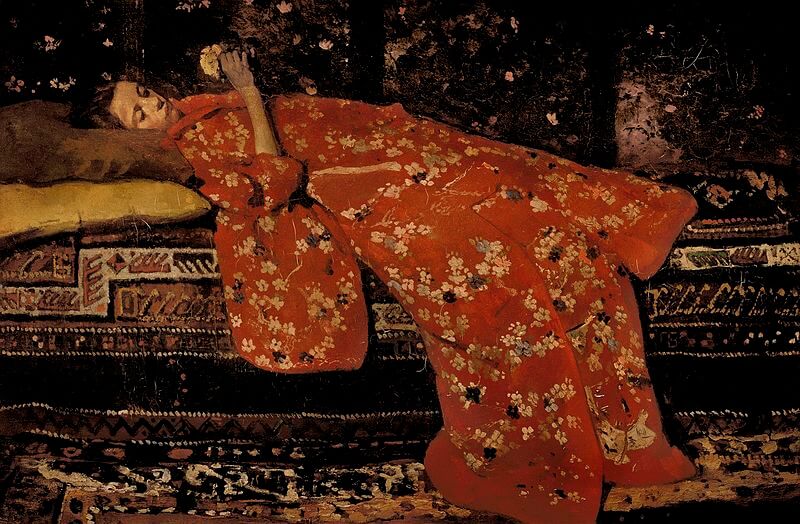 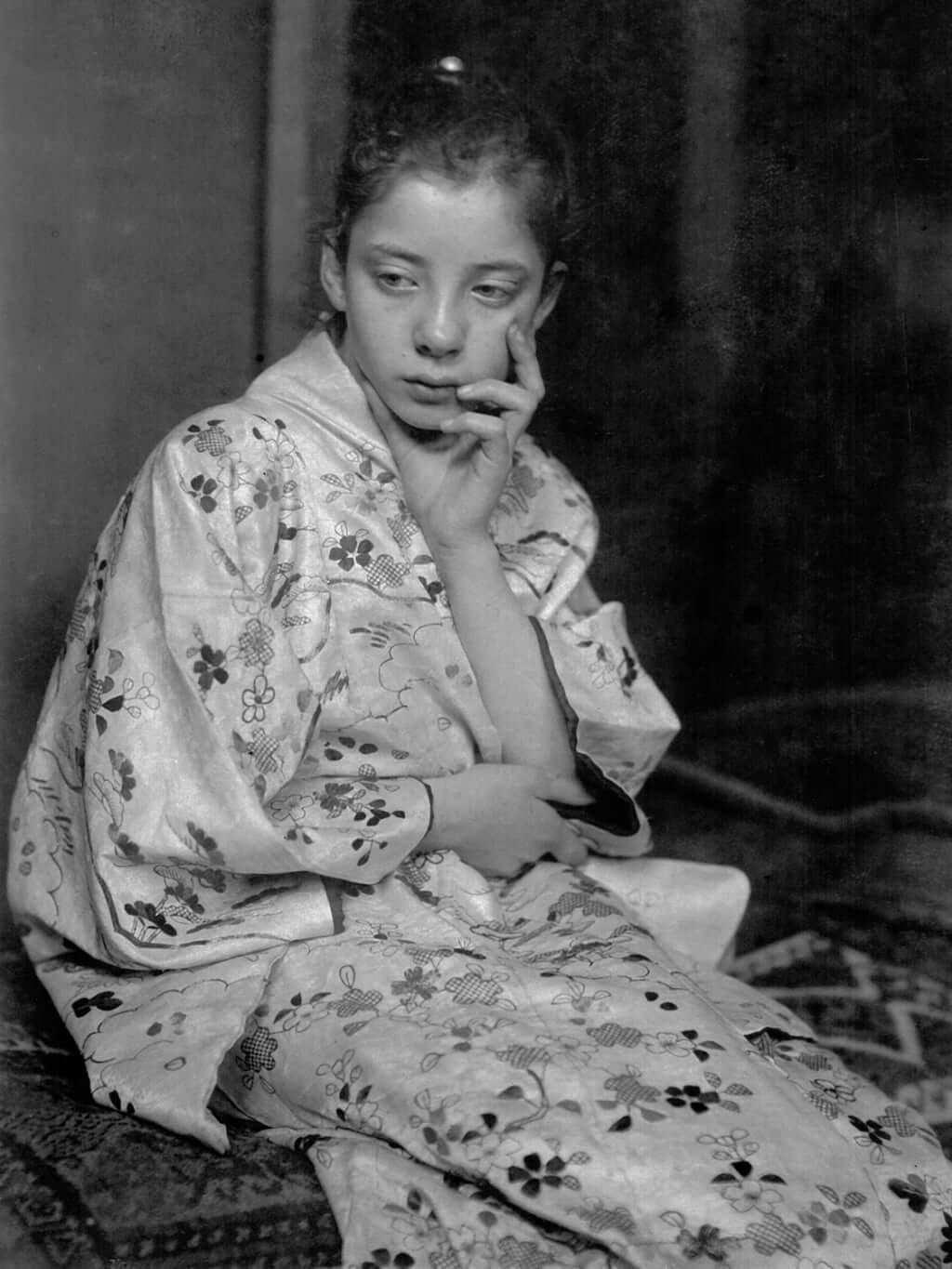 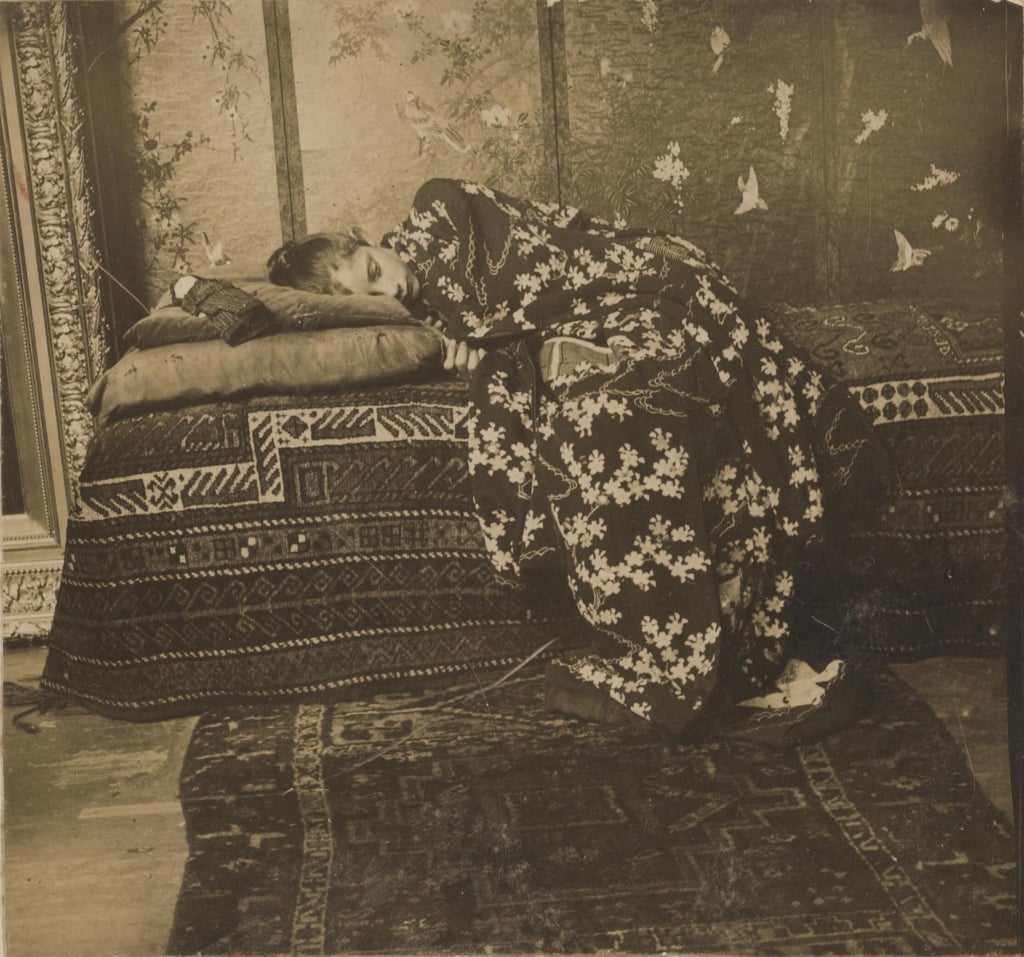