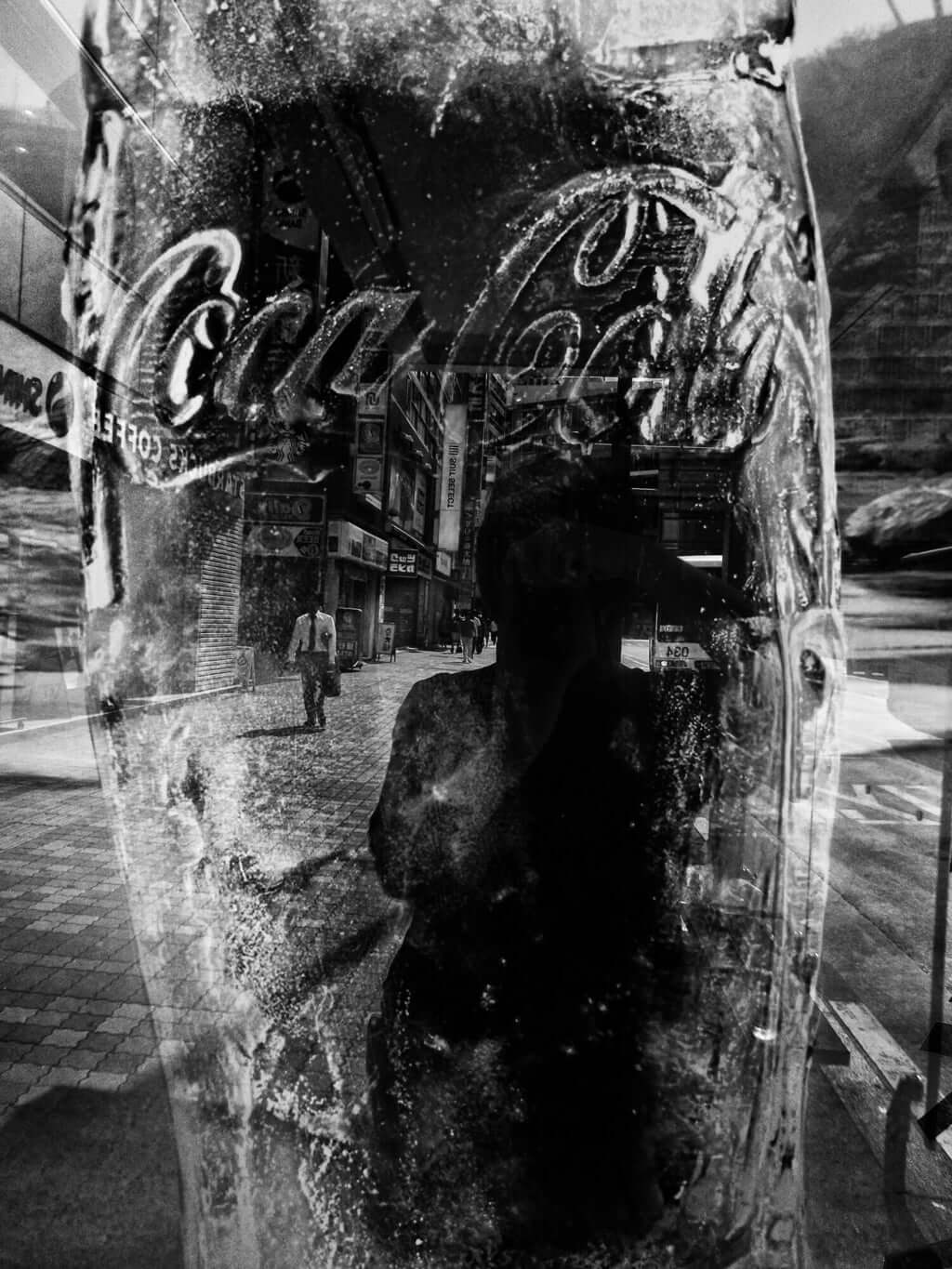 Daido Moriyama is that rarest of artists: one whose long career consists of an unbroken creative path in which the exceptional quality of the work is unwavering. Dog and Mesh Tights, published in 2015, is undoubtedly one of Moriyama’s finest books: a body of work that is in every way equal to legendary series of the 1970s and 80s like Hunter, Farewell Photography and Light and Shadow. And it also contains one of the most moving and beautiful texts on photography: Moriyama in his own words. But how is it possible to choose one image from a perfect collection, a breathtaking sequence of pairings and subtle visual echoes? The title, Dog and Mesh Tights gives a clue to the content: the stray-dog’s-eye view of the city, and the formal compositions Moriyama made famous long ago with his close-up images of women’s tights from the series How to Make A Beautiful Picture. With Moriyama, and for Moriyama, I chose the city that has captured him as he captures it: what he has described as his ‘virtual, unfinished city’ that never fails as an inspiration.

Simon Baker is Senior Curator of International Art (Photography) Tate. He is Tate’s first curator of photography and joined in 2009 from the University of Nottingham, where he was Associate-Professor of Art History. 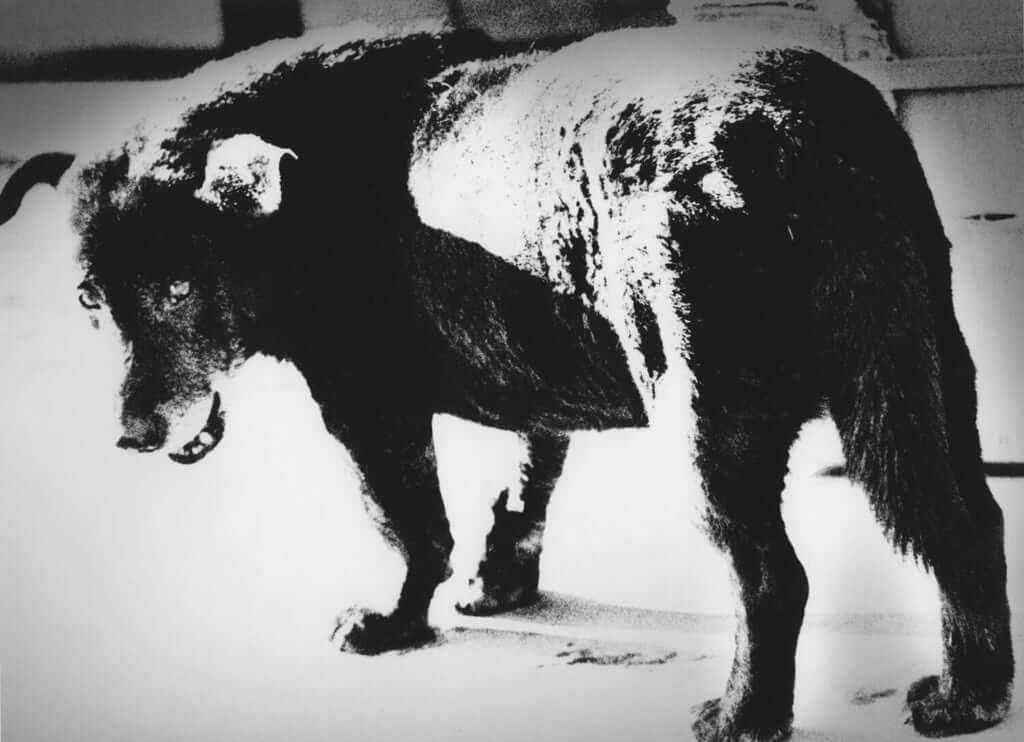 I have been a Moriyama fan since university. His pictures are rough like this stray dog. His work is expressive through a clear contrast with black and white while leaving some details and hidden content to the imagination. His eyes are sensitive to catch the subject. He watches it as if snuggling up to it. He might crouch to take the photo to make his eyes level with the dog’s. The dog steadily gazes back. This is called Moriyama’s Alter Ego. He might see himself in the dog as he wanders without reason looking into people’s daily lives. It’s this mystery I like. Only a part of a picture raises various stories and images like a still of a movie.

Born in Kiel 1965, Harder studied art history. Harder has been working as the chief curator at the Helmut Newton Foundation in Berlin since 2004 and has been teaching at the Free University of Berlin since 2002. He publishes regularly in respected international magazines and has written numerous articles for books and exhibition catalogues. 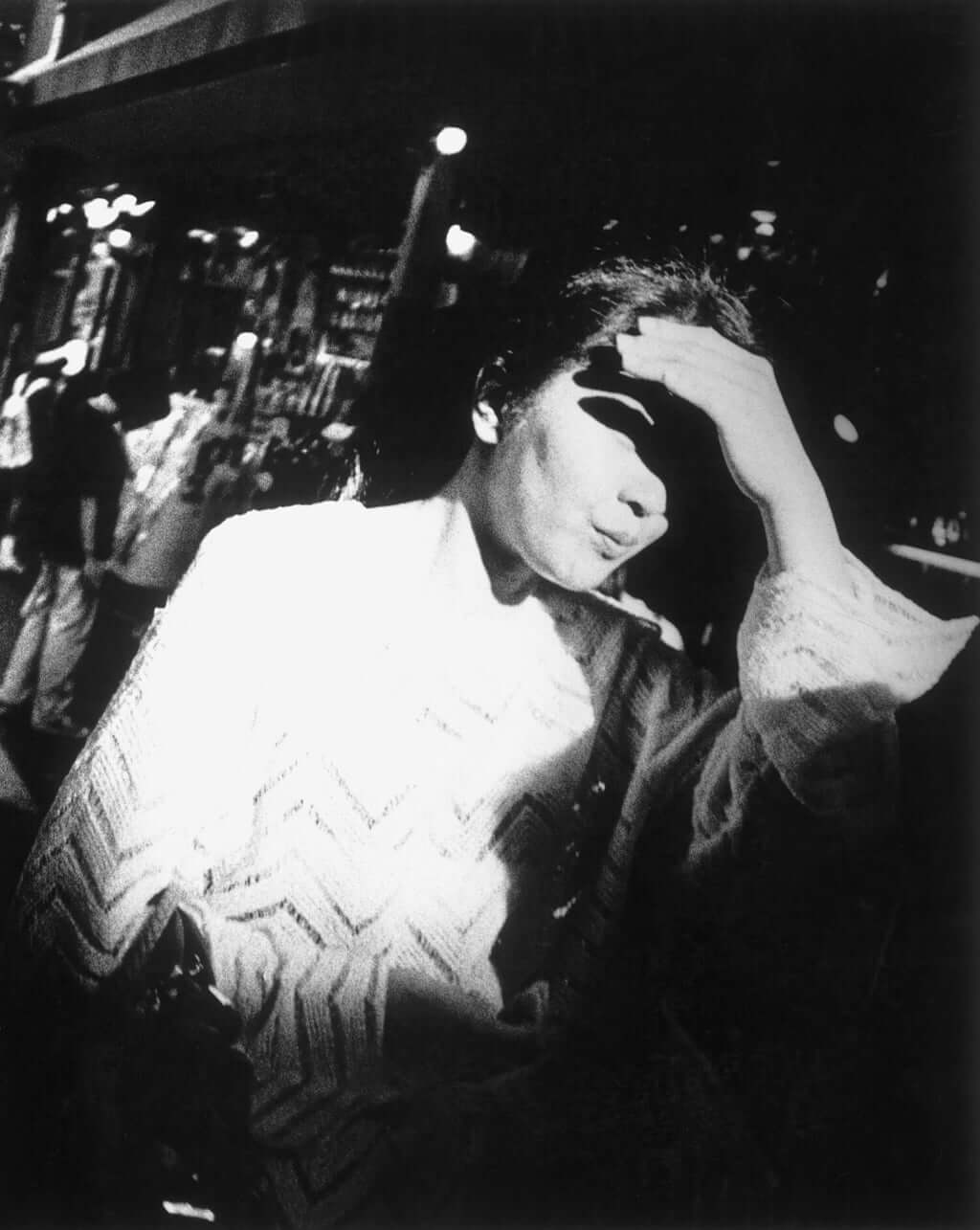 This is the first Moriyama piece I’ve purchased for the Cartier Foundation. The purchase was directly connected to my first experience of Moriyama’s work and meeting Moriyama in Tokyo. I discovered his album in a bookstore before I knew of him. On my first trip to Japan, this photograph dazzled me as I felt the dizziness of light. It was summer and overflowing with light. It was hot too. Tokyo in light and shadow. He is a real-world photographer, which one sees the uniqueness in his work. The unique use of light and shadow in the spirit of inquiry. His photos are stimulating. He pays attention to the real world surrounding us. It causes a tinge of alarm yet a feeling of beauty, as well as an uneasiness. He is a seeker seized by the quest for a vision.

Since 1994, Hervé Chandès, as General Director, controls all the Foundation Cartier’s activities, the exhibition program in Paris, the international program,the constitution and management of the collection and the artist commissions.