Over three years, photographer Chloé Jafé lived with the residents of the island, examining their emotions and relationships with others. 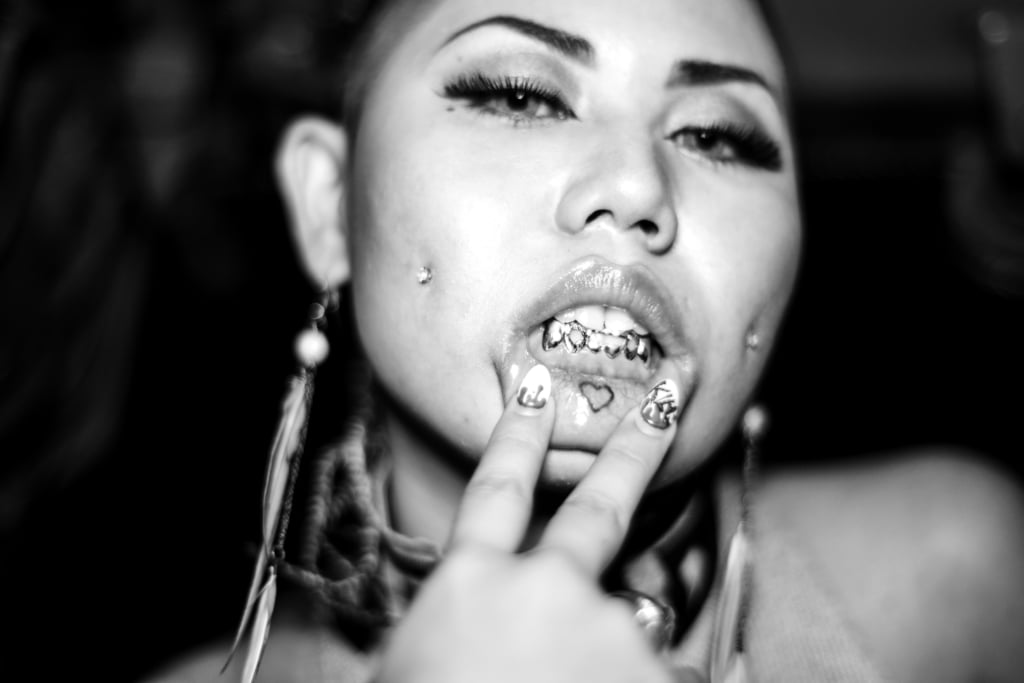 Okinawa mon amour, a photography project by artist Chloé Jafé, was the result of a happy accident, as the photographer had not planned to dedicate some of her work to Okinawa when she first set foot there. However, she soon fell in love with this string of islands—the southernmost in Japan—its inhabitants, and a man. She went on to stay there for three years. Okinawa mon amour is the photographic story of her loves, often passionate and other times thwarted.

Chloé Jafé is a freelance photographer. Born in 1984, she graduated from Central Saint Martins in London, where she worked at the Magnum Photos agency from 2010 to 2012. She settled in Japan in 2013, from where she carried out a project in three chapters: the first, Inochi azukemasu, dedicated to women of the yakuza in Tokyo; the second, Okinawa mon amour, exploring the island of Okinawa and its culture; and the third, Osaka Ben, in which she examines the everyday existence of the residents of the Kamagasaki district in Osaka.

‘I examine the margins and show what is not visible at first sight. The margins of society with the women of the yakuza and the residents of the Kamagasaki district in Osaka, and spatial marginality with the island of Okinawa. These subcultures are less well known and form an integral part of the complexity of the country’, Chloé Jafé explains in one of her summaries of the project for the Centre national des arts plastiques (CNAP).

Traces left by the American army and love hotel guests

Okinawa mon amour comprises multiple layers of materials. It contains the artist’s photographic work, in which she captured the island’s residents, particularly women—hostesses, prostitutes, and chance encounters, from different generations—as well as the person with whom she was in love.

It also contains negatives from the 1970s with images of American soldiers, evidence of the occupation of the island that she found in an abandoned house, condemned to destruction. ‘They remind me of the imprint of the past, which I could feel strongly, and of the ongoing presence of the American army on its many bases, seventy-five years after the war…’, she explains in the introduction to the book. Lastly, there are anonymous notes taken from guestbooks in love hotels.

‘For three years, I immersed myself in the spirit of the island, my resulting images reflecting my introspection, desires, and anxieties. Anonymous notes from love hotel visitors’ books became the thread of a love story for which I couldn’t find words. Borrowed from strangers, these sentiments echoed my experiences and feelings: Love… Lust… Drunkenness… Deception…’, the photographer explains. ‘The section on Okinawa took the form of an intimate diary in which I explored my anxieties and emotions towards femininity and relationships with others.’

Okinawa mon amour (2020), a book of photographs by Chloe Jafé, is published by Akio Nagasawa. 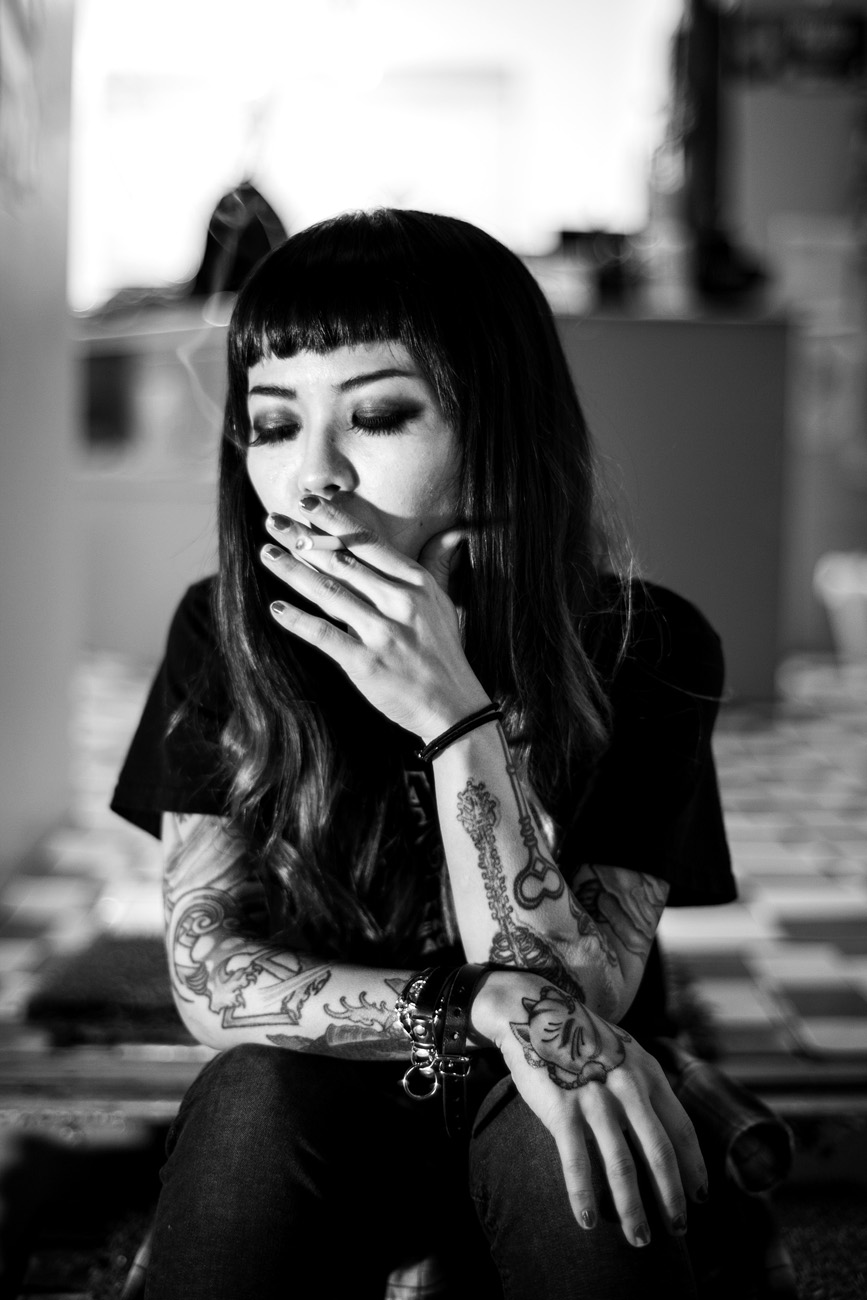 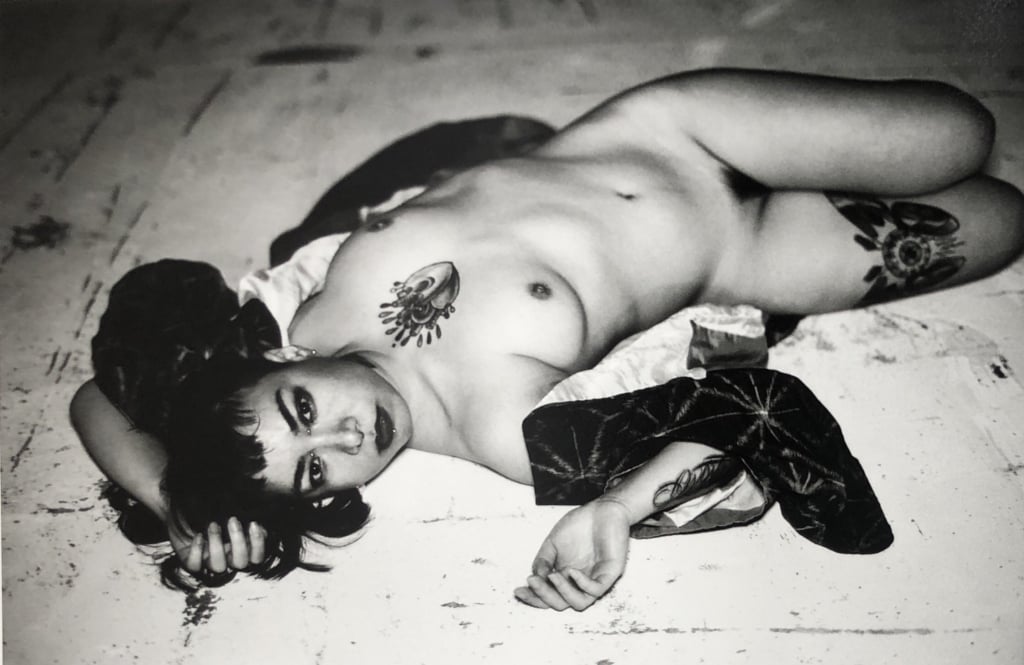 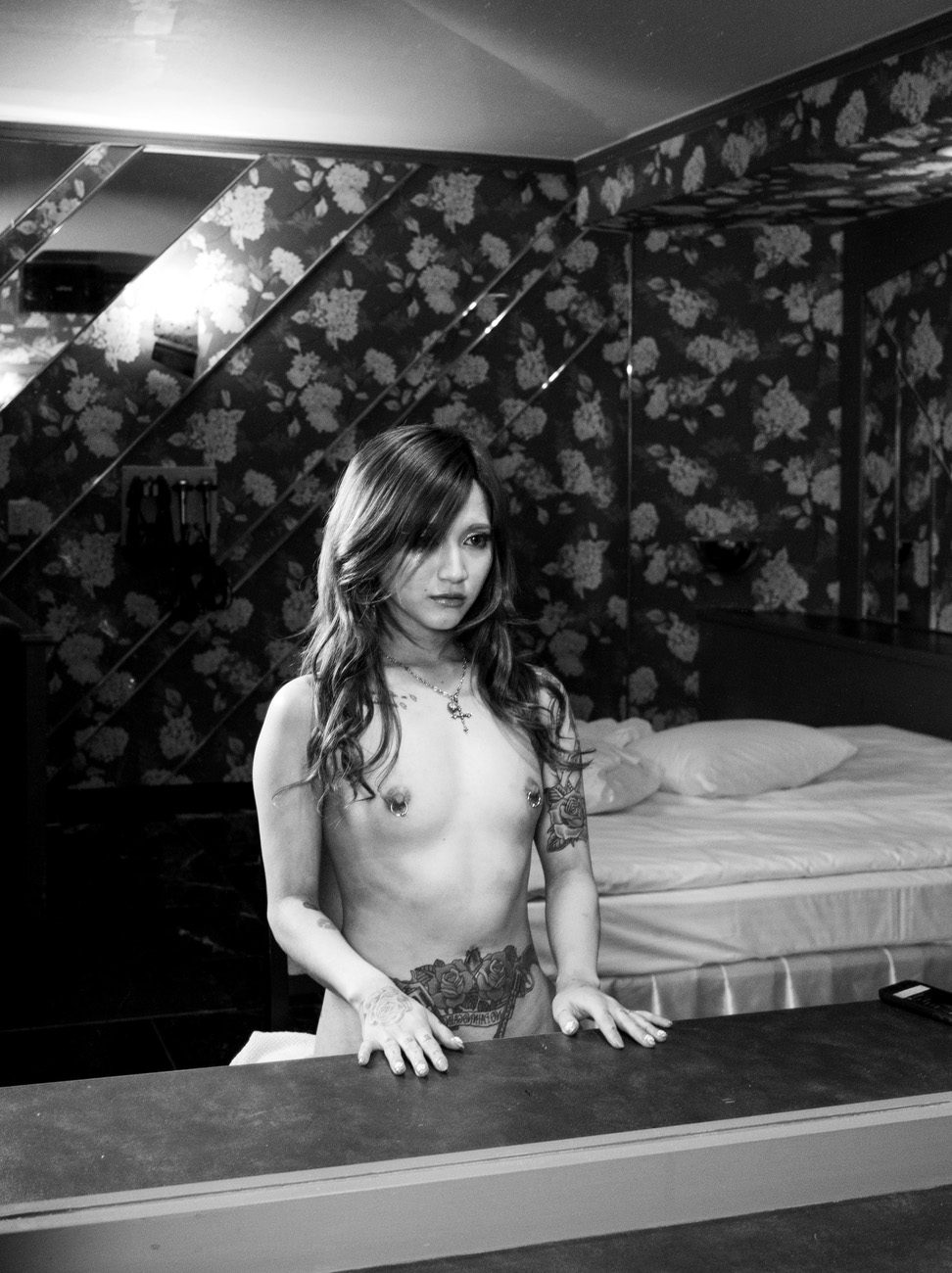 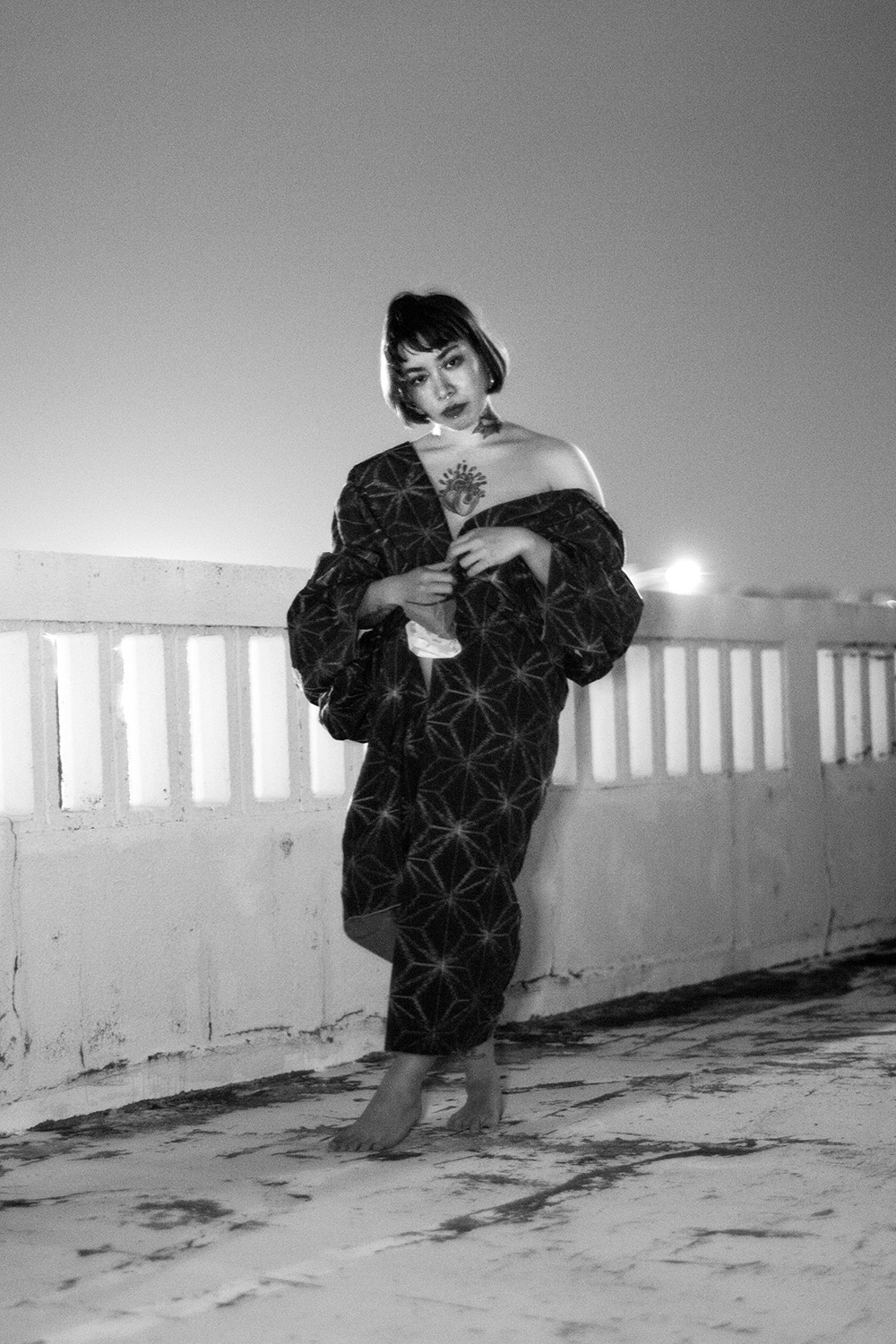 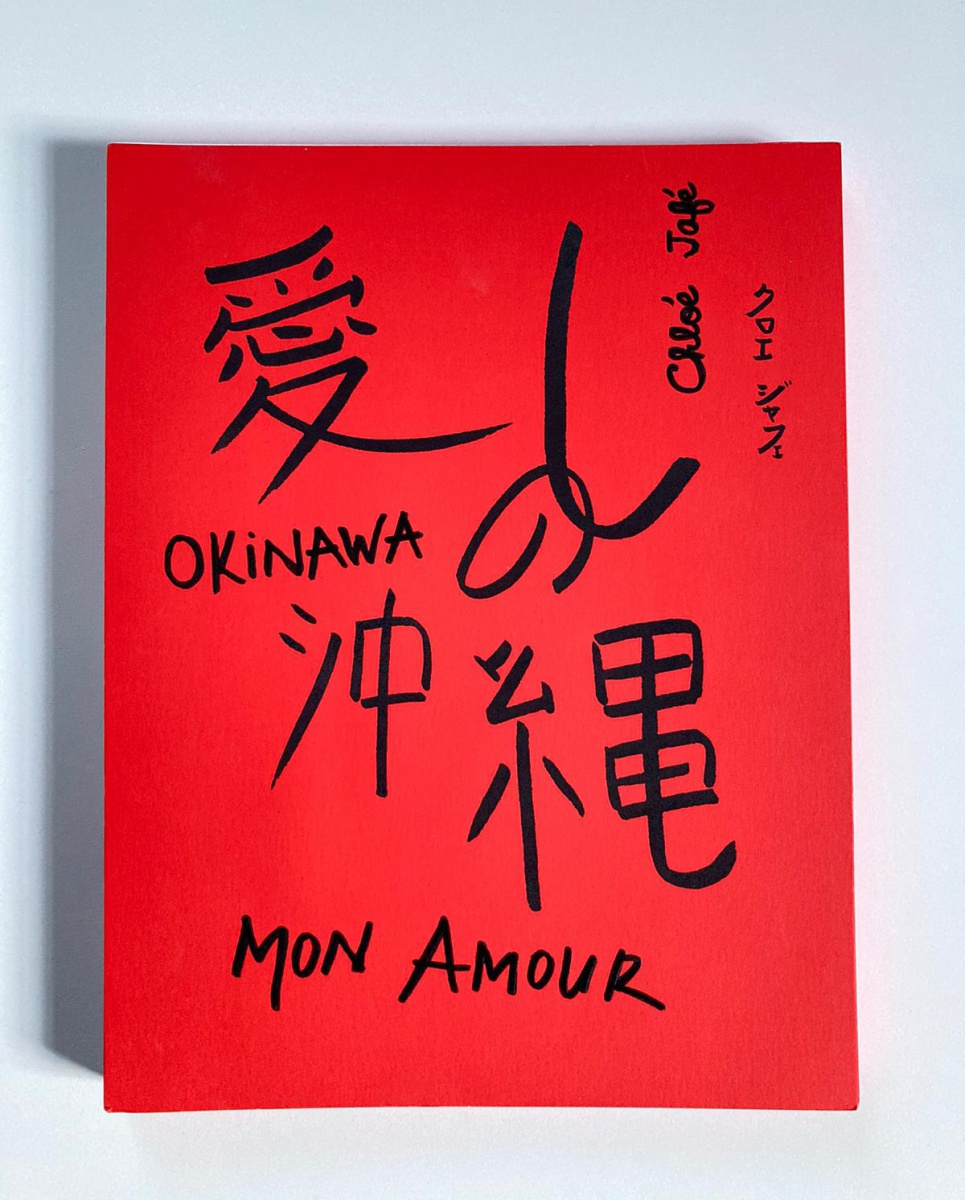