His trademark: a kawaii pop aesthetic, but one that incorporates many Japanese political, cultural, religious, and social elements. 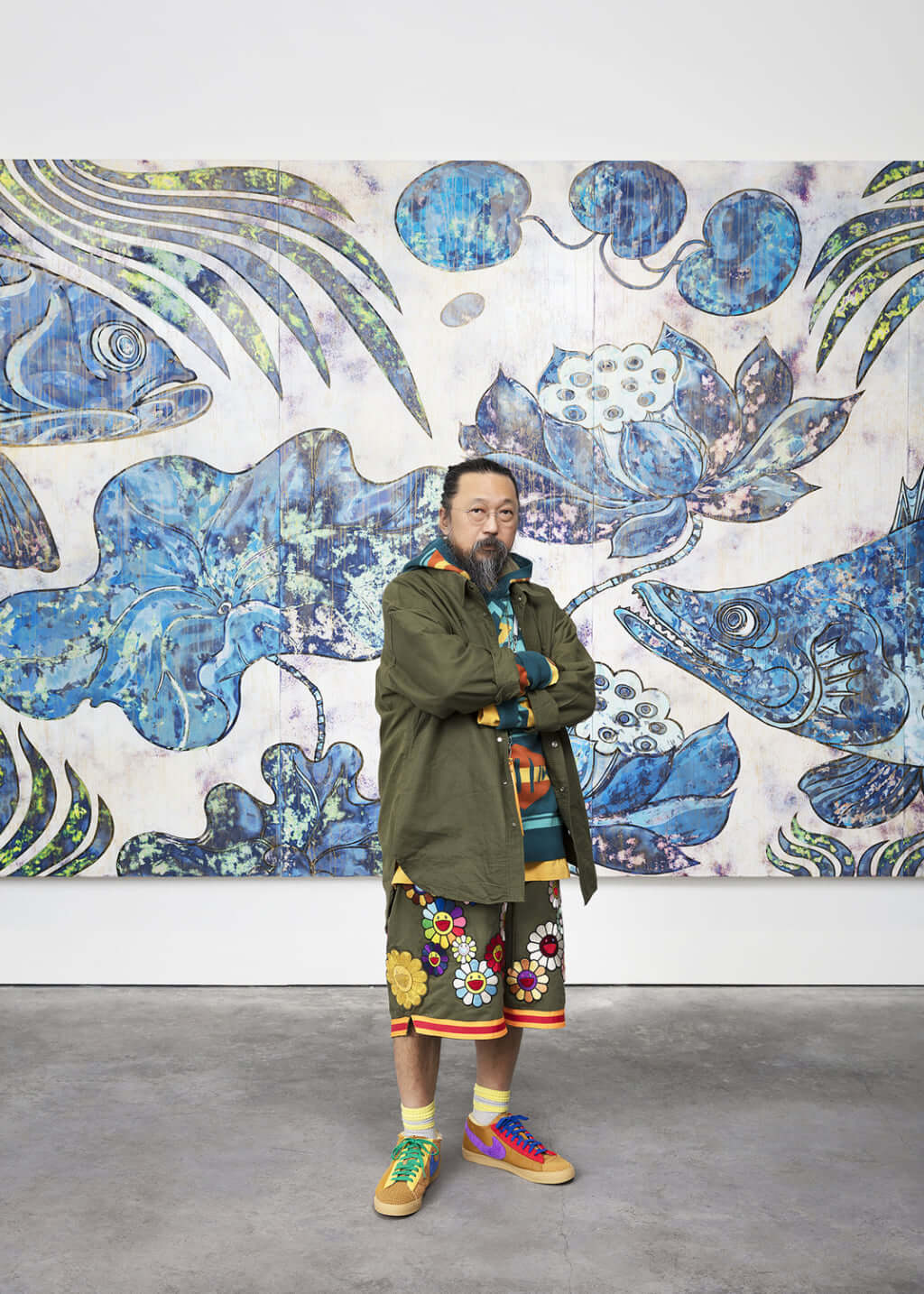 A pop universe that moves between Buddhist iconography and manga heroes: plastic artist Takashi Murakami’s work is easily recognisable. ‘I arrived in the art world through manga’, Takashi Murakami explains in Libération. ‘When I was a student, I wanted to make manga, like all the great creators of the time. But as I wasn’t talented enough, I decided to study more classic themes and techniques. And it was only once I became an artist that I was able to go back to manga by working with it as a starting point.’

Takashi Murakami may fill his canvases and other creations with saturated colours and psychedelic patterns, but the artist trained in classical painting at Tokyo University of the Arts. He notably trained in Nihonga, a movement born at the end of the 19th century and which is a hybrid of Japanese and European art. This training allowed him to go in search of a more personal style, particularly in reaction to the absence of a modern Japanese art scene and the cultural domination of the United States.

And so the outlines were drawn of what would become, for the following decades, his trademark: a kawaii pop aesthetic, but one that incorporates many Japanese political, cultural, religious, and social elements. Tsunami, bombings, earthquakes… There are numerous historical references, often surrounded by thousands of multicoloured flowers. Takashi Murakami therefore became one of the leading figures in Japanese Neo Pop, known as Superflat, claiming the heritage of Andy Warhol. He even created his own factory in 1995, Hiropon Factory, which changed its name to the Kaikai Kiki Corporation in 2001, and which supports young artists and creates and sells related merchandise.

A Japanese troublemaker in Versailles

Takashi Murakami’s greatest feat was perhaps the installation of his works in the Château de Versailles, where he took over the Royal Apartments and the Hall of Mirrors. A huge Mr DOB, giant balloons made from coloured plastic, and monumental works contrasted sharply with the classical nature of the premises. Much like when Jeff Koons was invited a few years before, purists considered this extremely controversial, not wanting Versailles to give in to the siren calls of pop culture.

A real businessman lies behind this artist who was named one of Time Magazine’s ‘100 Most Influential People’ in 2008. ‘I realised that the art market could be compared to that for fashion’, Takashi Murakami explains to a journalist from Le Monde. ‘It varies, it changes every month. I’m reactive and respond to this market.’ Behind his impressively large canvases lies a multitude of assistants, 70 to be precise, who work on the artist’s prolific output each day. The back of the canvas shows the names of all the people who participated in its creation, much like the credits for a film.

An artist prone to collaboration

Takashi Murakami, who likes to hide behind his avatar Mr DOB, a character inspired by different figures including Doraemon, Sonic, and Mickey Mouse, with a round, moon-like face and ears like saucers, has also increased his partnerships. In 2003, for example, he collaborated with Louis Vuitton during the Marc Jacobs era. Musician Kanye West then appealed to him to create the artwork for his album Graduation, and to direct his video for ‘Good Morning.’ In 2019, Takashi Murakami collaborated with Billie Eilish on one of her videos, and even created a limited edition figurine of her. This wealth of creativity is popular with some and criticised by others, but Takashi Murakami clearly has no intention of stopping as, in 2019, he held his 14th exhibition at the prestigious Galerie Perrotin in Paris. 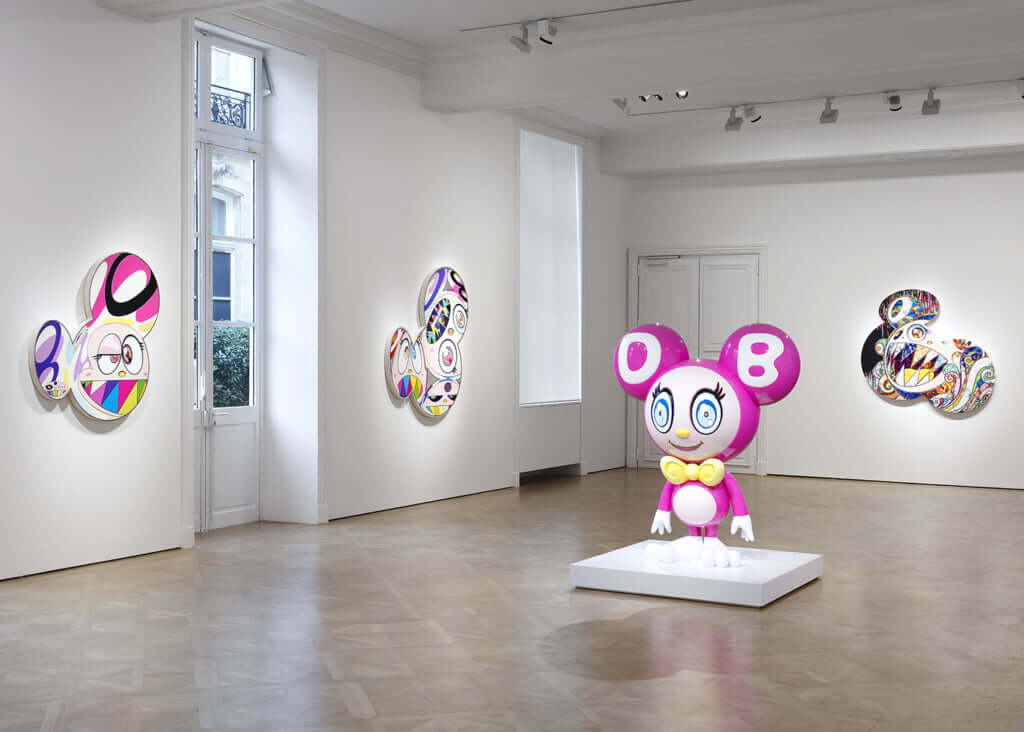 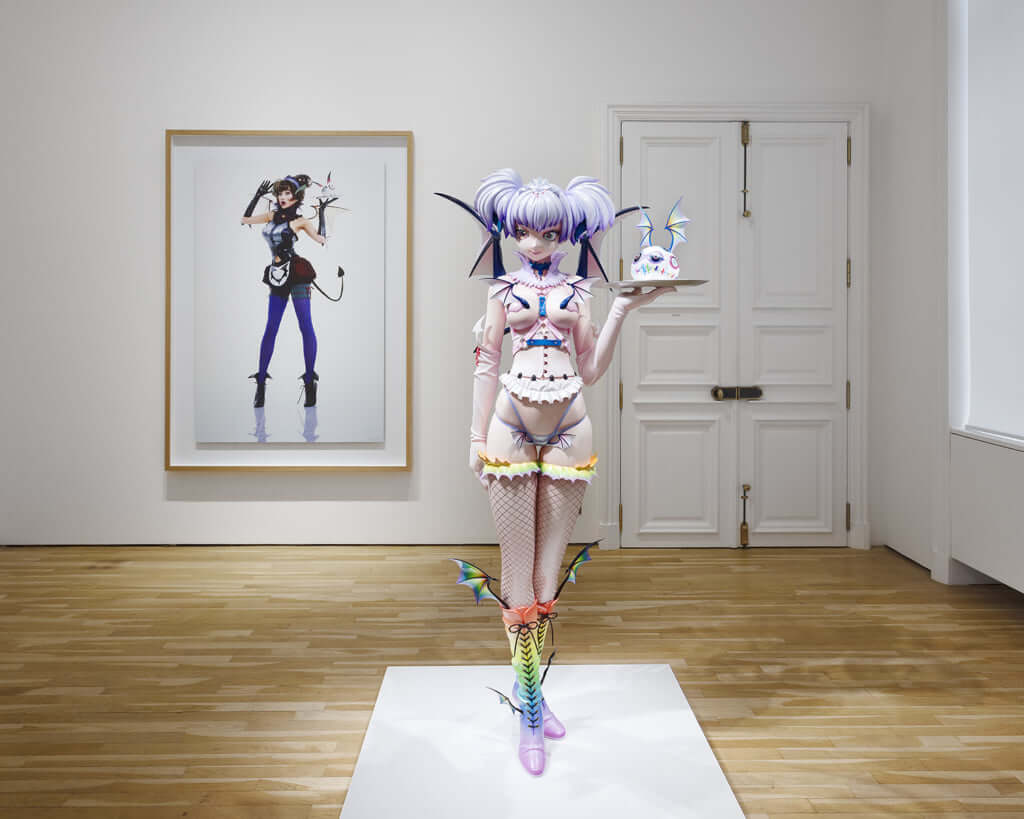 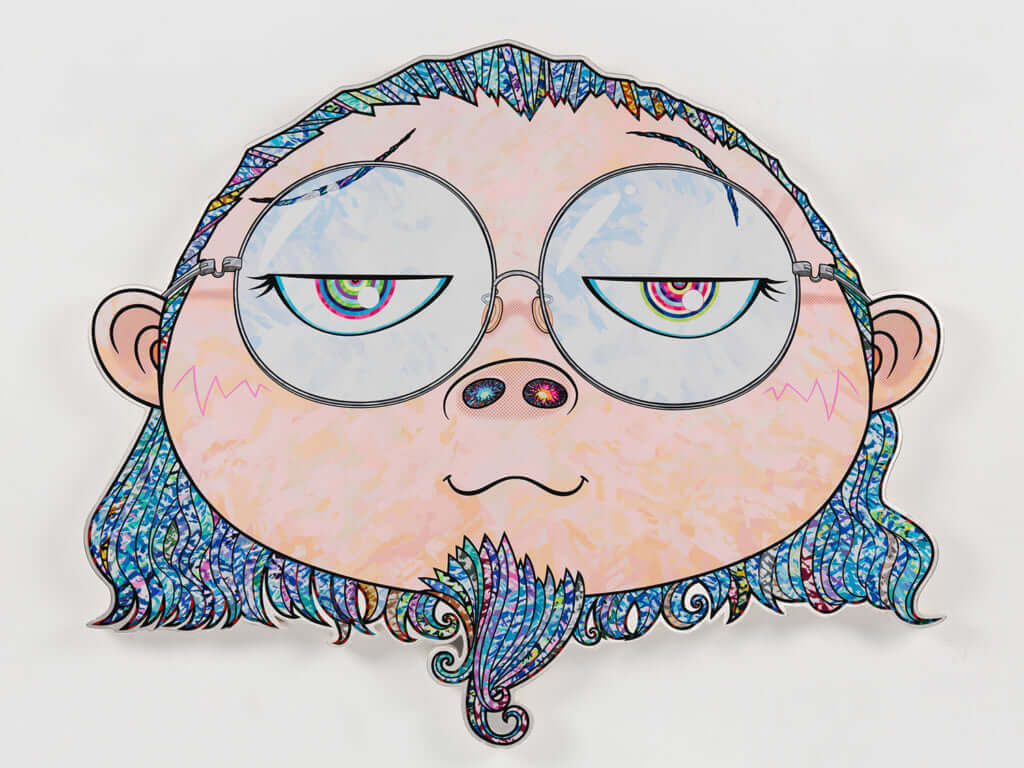 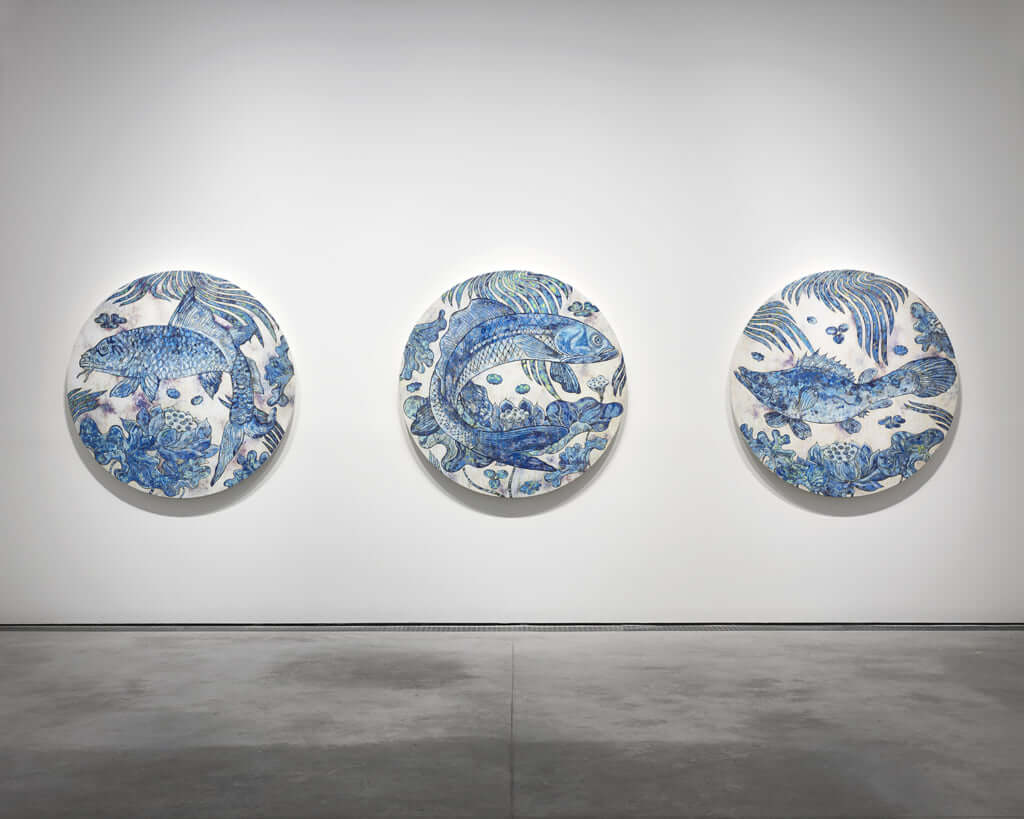