Tattooing from the Studio to the Streets, Captured by Martha Cooper

In the book 'Tokyo Tattoo 1970', the great American photographer invites the public into the world of the tattoo master Horibun I. 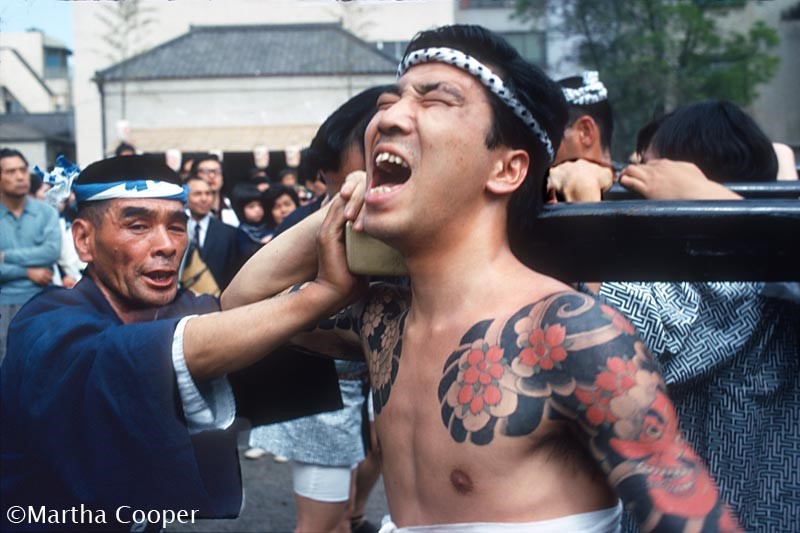 Before she became an iconic figure in photography by examining urban American cultures, a trip to Japan in 1970 gave Martha Cooper the opportunity to capture the work of tattoo masters in a book entitled Tokyo Tattoo 1970, republished in 2012.

Born in Baltimore in 1943, the American photojournalist became the first female photographer to work for the New York Post in 1977. Her work on New York graffiti is illustrated in the book Subway Art (1984), a collaboration with photographer Henry Chalfant.

A ban that remains relevant

One encounter changed everything. In 1970, the photographer was attending a Shinto festival when she spotted a young man in the crowd with a large tattoo on his back. Fascinated by what she saw, she contacted tattoo master Bunzo Yamada, known as Horibun I, and began her investigation.

Japan’s relationship with tattooing is a troubled one. The practice, which dates back 2000 years, was banned in 1872, and then legalised in 1948. It is still associated with the yakuza, and is more widely a symbol of crime, violence, and the Japanese underworld. Displaying tattoos is still forbidden in a number of public places where individuals get undressed, like swimming pools and public baths, but also on some beaches and in certain gyms.

In a city that was undergoing rapid change during the ‘economic miracle’, Martha Cooper observed the two sides of tattooing as a discipline. The first was in the master’s studio while he was at work, and the second was in the street, with full exposure to what are now a source of pride for tattooed individuals: the distrustful or admiring reactions from the public.

Horibun I worked using traditional methods, by hand, with needles bound to sticks that he soaked in coloured ink, and his pieces represented motifs derived from traditional Japanese legends.

Tokyo Tattoo 1970 combines the features of an art book, a portrait, and a documentary. The book contains two texts written by Martha Cooper in which she breaks down the process of her investigation and describes the context of her work. 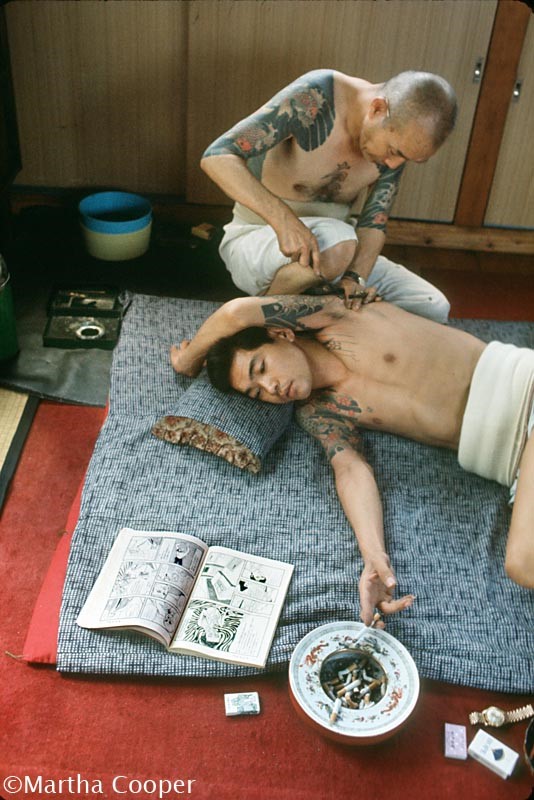 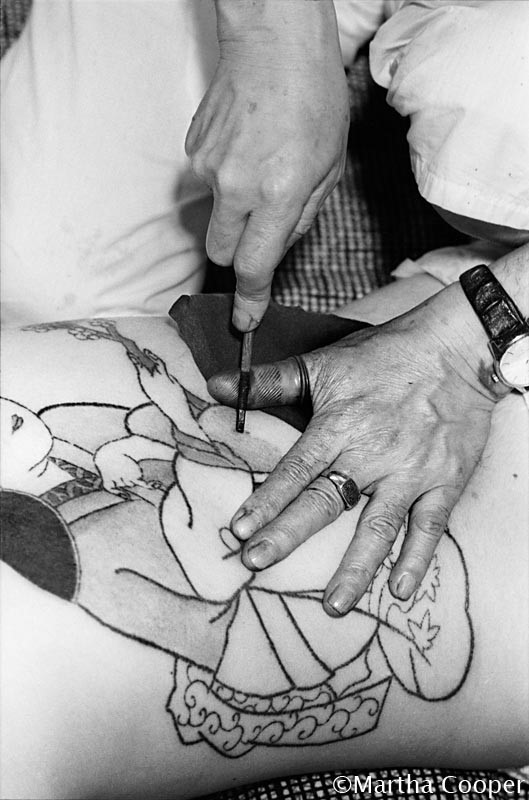 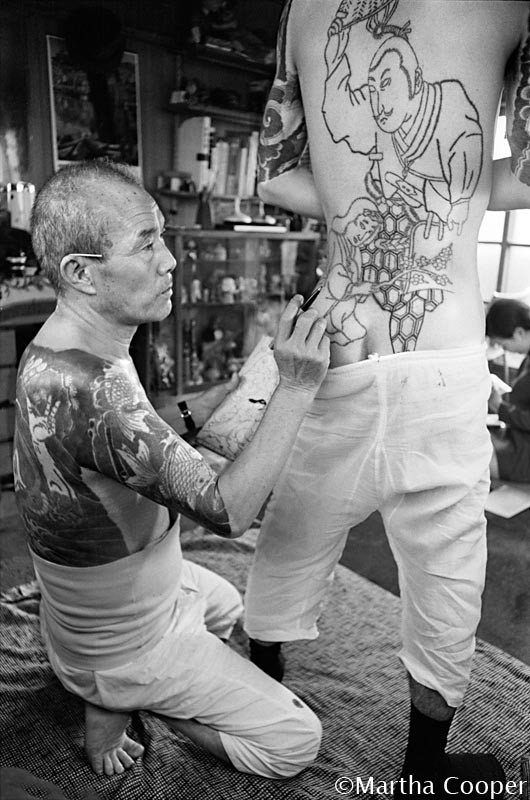 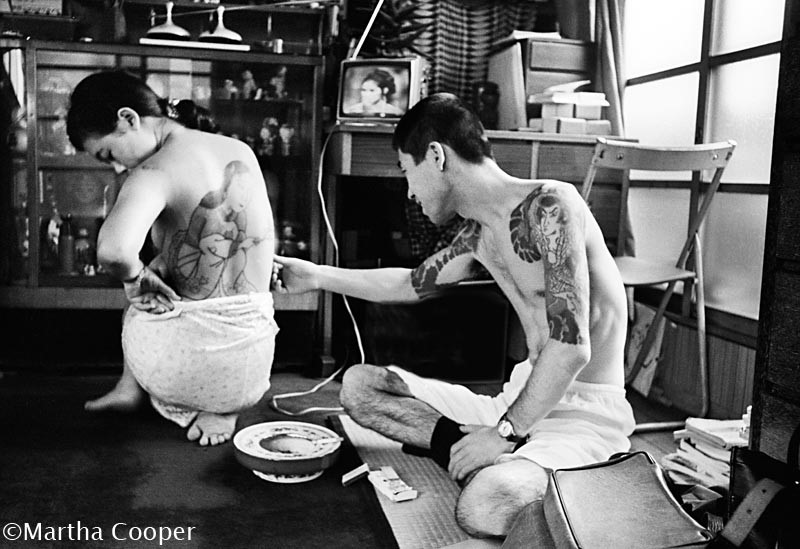 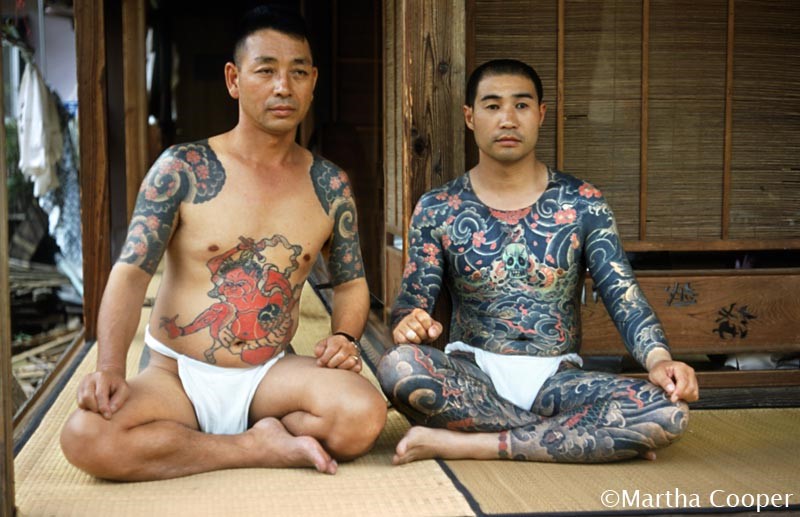