His use of different weather conditions, depth of field, and Prussian blue marked the practice of ukiyo-e. 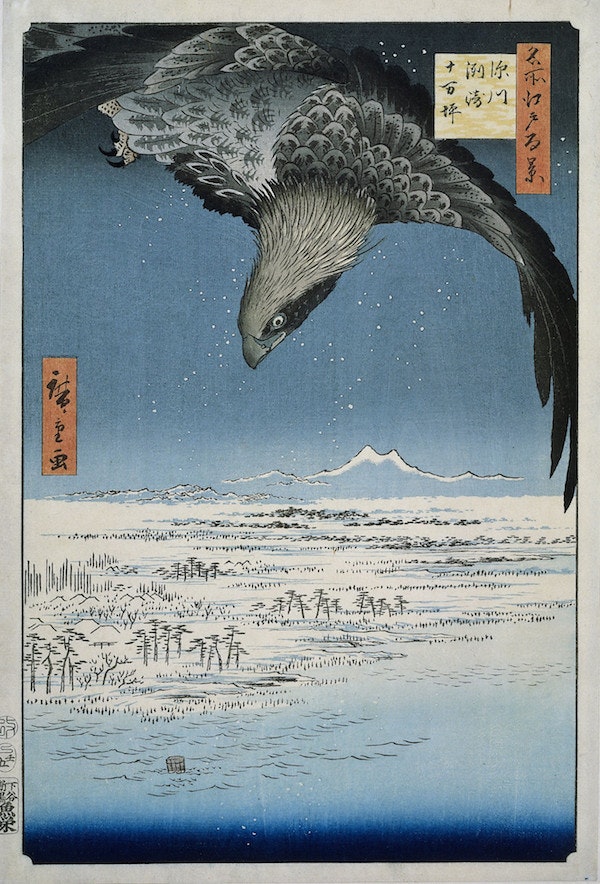 Utagawa Hiroshige secured his place in the pantheon of print masters with his series The Fifty-Three Stations of the Tokaido, created around 1833, which won him sudden and immediate fame. In these 55 prints, the artist represents the 53 stations along the route from Edo to Kyoto. This work is often compared to Katsushika Hokusai‘s series ‘Thirty-six Views of Mount Fuji that includes the celebrated ‘The Great Wave off Kanagawa.’

Utagawa Hiroshige produced more than 5400 pieces over the course of his career, into which he injected a particular atmosphere, notably by depicting the elements in his creations, like rain, mist, and snow. He also often placed characters or animals in the foreground before creating depth-of-field effects, and did not hesitate to use various colour gradients, notably of his favourite colour, Prussian blue, which earnt it the nickname ‘Hiroshige blue.’

Born into a family of samurai, Utagawa Hiroshige left weapons behind to embark on a career as an artist from the age of 14. The young boy had just lost his parents and threw himself into painting. He studied with artist Utagawa Toyohiro, who introduced him to ukiyo-e, which can be translated as ‘pictures of the floating world’ and which takes the form of wood engravings.

From portraits to landscapes

His first steps in this artistic domain comprised mainly of representing themes that were fashionable during the period: portraits of women, actors, or soldiers. After the death of his master in 1828, however, Utagawa Hiroshige veered towards landscapes, and as such, birds, flowers, viewpoints, and panoramas took shape on wood.

His work had a strong influence on European artists in the late 19th century, particularly the impressionists who were immersed in the trend of Japonism. Monet, Whistler, and Van Gogh were among those who took inspiration from his work, adopting some of the codes of ukiyo-e like swathes of colour.

Some of Utagawa Hiroshige’s works are in the Metropolitan Museum of Art in New York (MET) and can be seen on its website. 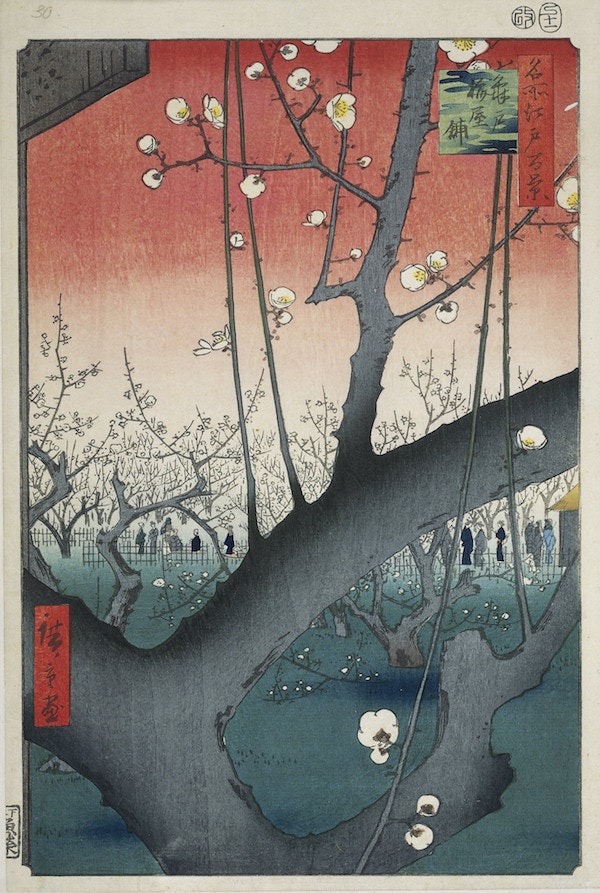 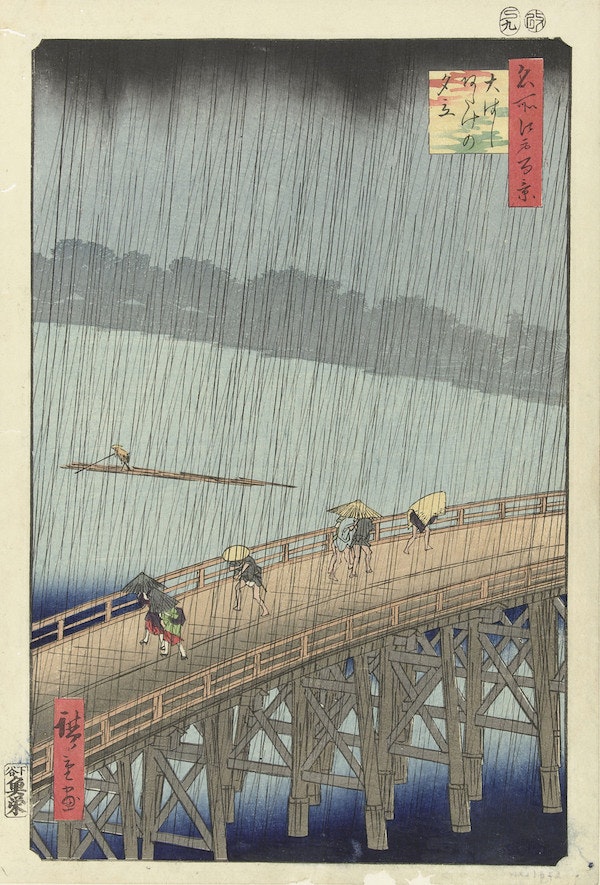 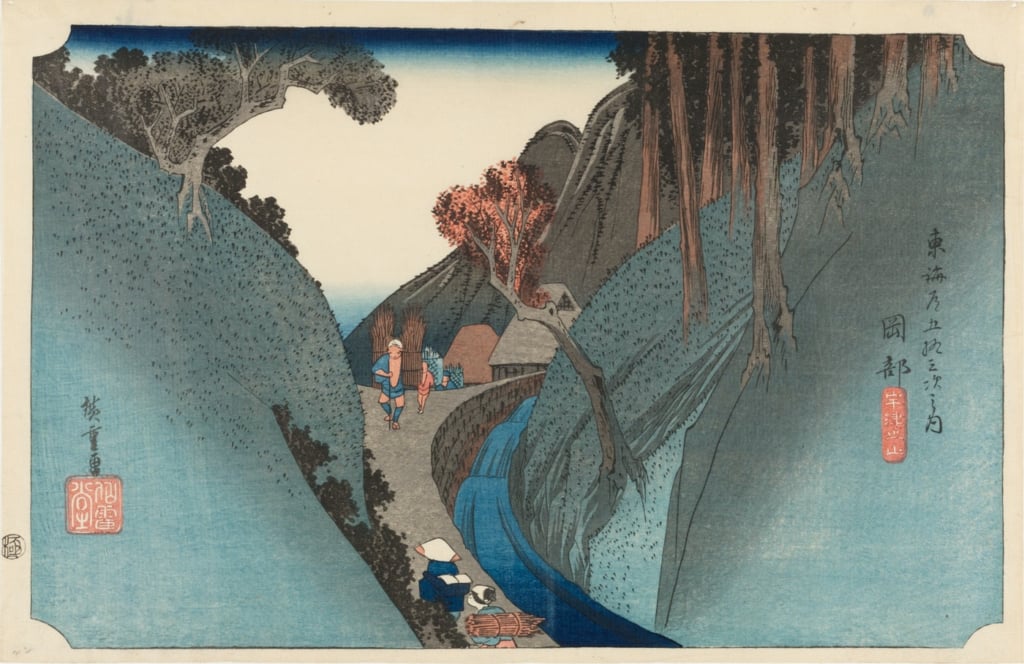 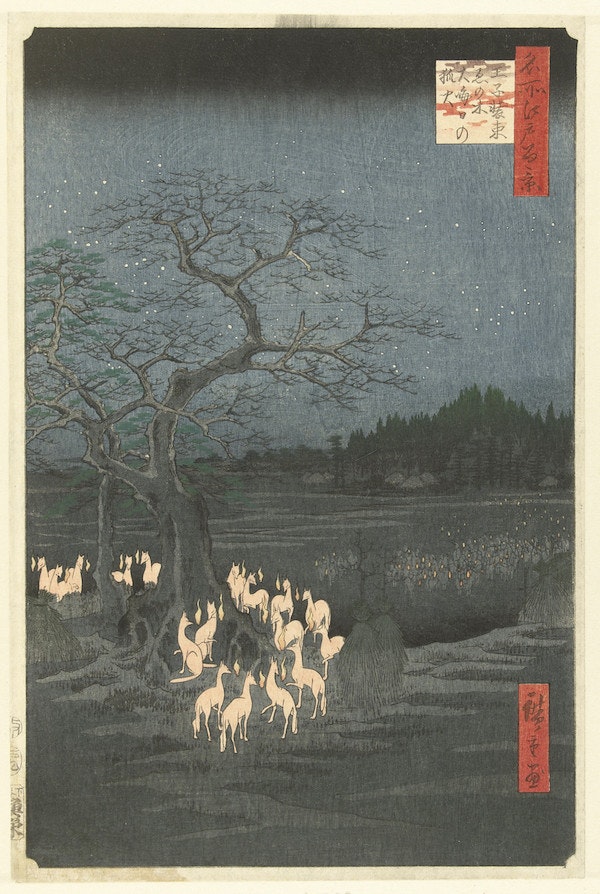 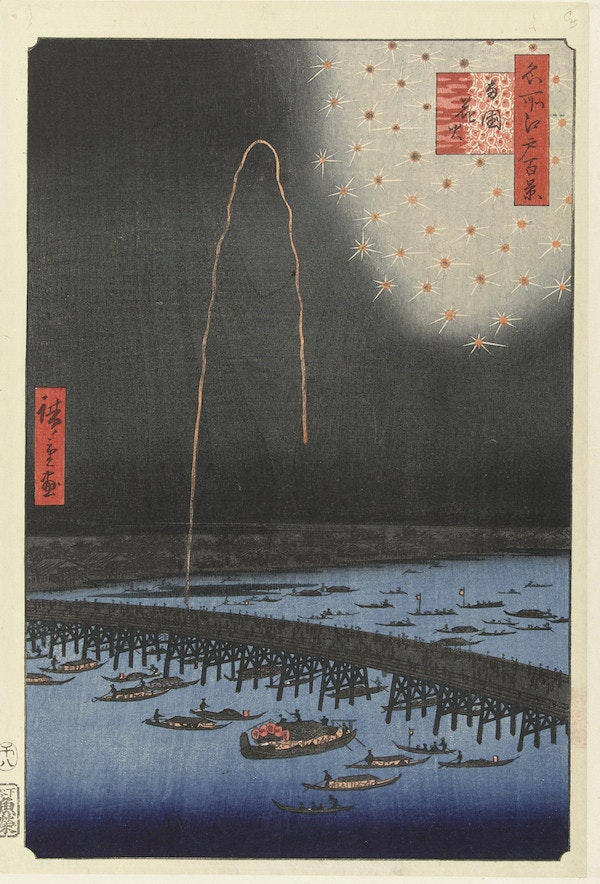 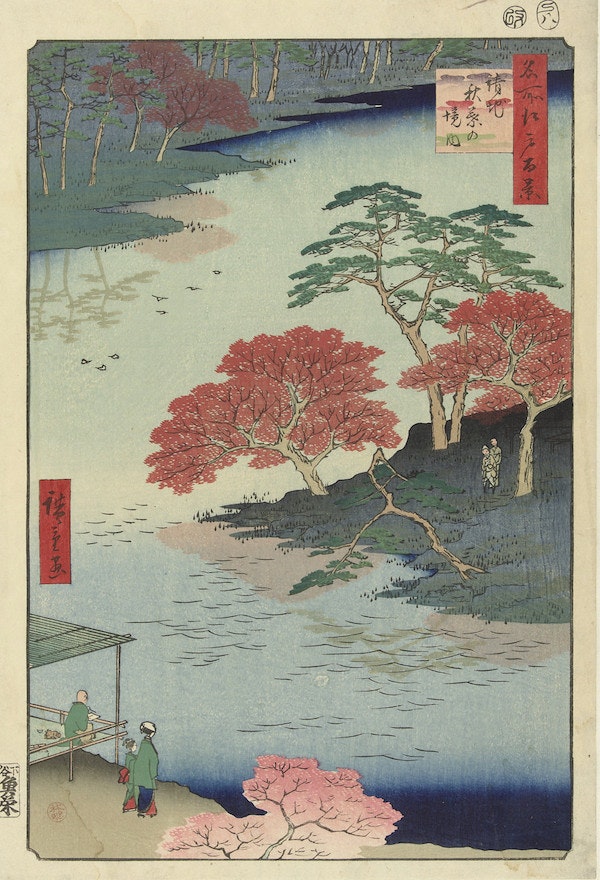 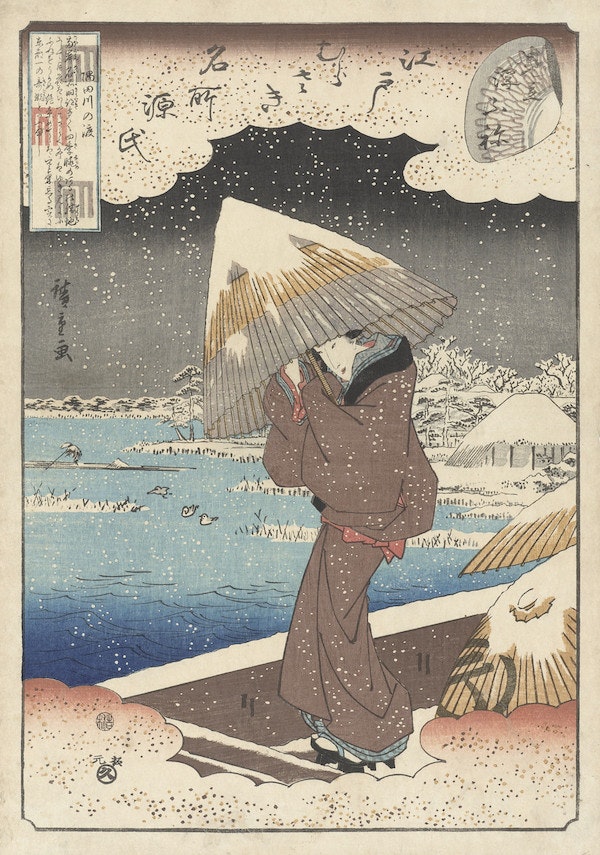 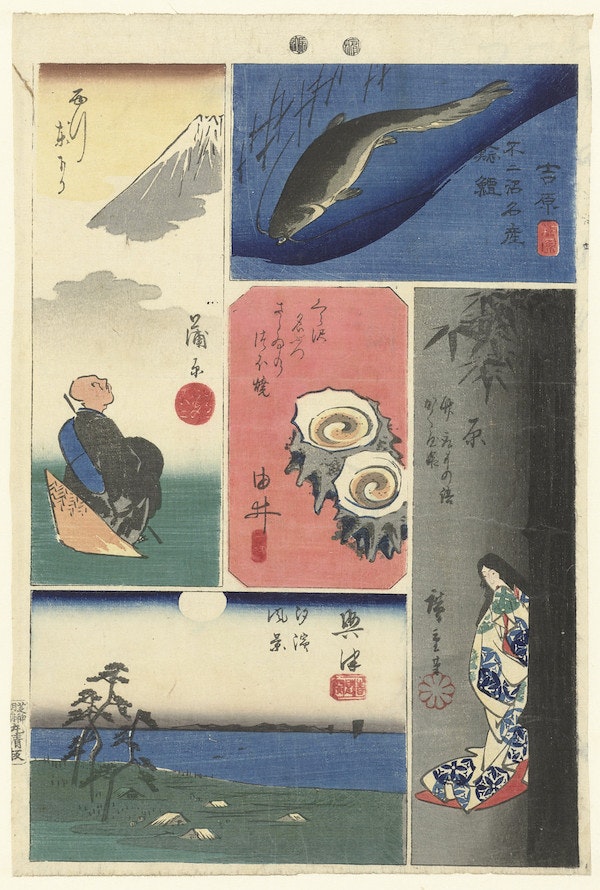