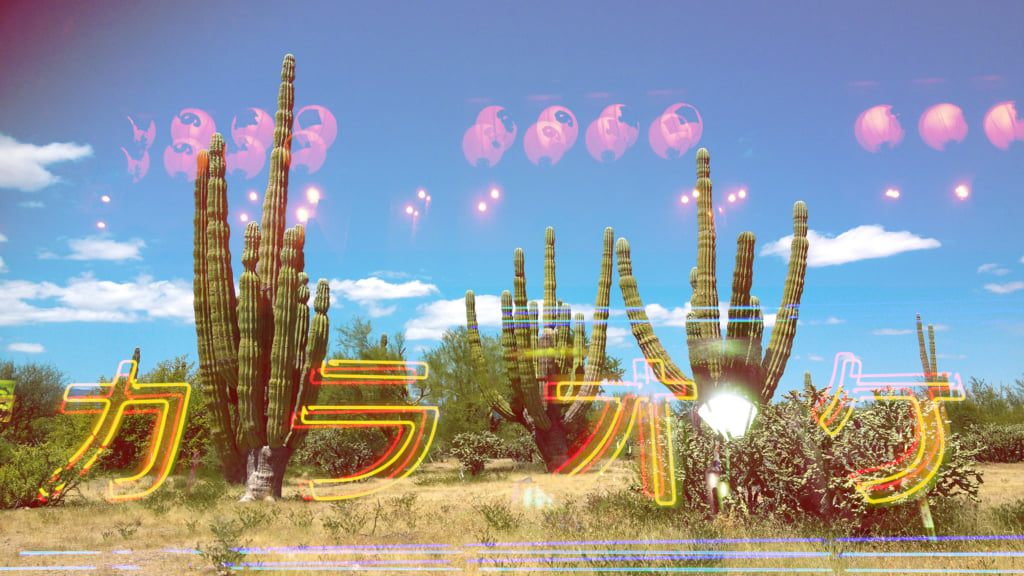 It’s a story of connections, movements and words. It’s a way of reflecting and illustrating an existence, fuelled by a dual culture, Japanese and Mexican. Born in Mexico in 1990 to Japanese parents, Taeko Nomiya grew up in a family setting that was faithful to Japanese culture, associated with a Mexican environment.

In the series サ和ロ (saWAro), the photographer combines the Spanish word saguaro, meaning giant cacti — which can reach a height of 13 metres and live for 150 years — and the Japanese term wa (和). The latter, which originated in 3rd-century China to designate Japan, was set out in the country’s first constitution, written in 604, and denotes an ’eminently respectable value based on one principle, to avoid any discord’.

‘When I was a child my parents would take me to Japan during the holidays and I would bring pictures of Mexico to show my Japanese cousins what life in Mexico was like. Then I would take pictures in Japan and bring them back to Mexico to show Japan to my Mexican friends. 3 years ago I was invited to participate in an exhibition in Tokyo and that was the first time I showed my pictures publicly, to strangers. The pictures started getting a lot of attention and then I got the idea of actually combining one shot from Japan and one shot from Mexico to show people the world where I actually live. A world where Japan and Mexico are not on the other end of the planet, but they actually coexist in a single mindspace‘, Taeko Nomiya explains to Pen.

Aiming to illustrate the proximity the artist perceives to exist between the two countries and cultures, the series サ和ロ (saWAro) is composed of photographic montages that bring together shots of the two environments. Thus, the cacti in Baja California Sur merge into the neon lights captured in the Otakibashi Dori district of Tokyo, while those of Guadalupe Tulcingo stand alongside the illuminated panels of a sign found in Shinjuku district.

‘More than trying to give a specific meaning to each picture or to send a message in one of them, I want to share postcards of this dual universe. Also, I like to retain a little bit of randomness, because I feel that is more true to the spirit of life. In everyday life we run into signs, but we are the ones who give them their meaning’, Taeko Nomiya continues.

A natural equilibrium that drives an ecosystem

The link that the artist imagines between these two countries lies in the equilibrium and harmony unique to social life in Japan, and that which enables the existence of cacti in the heart of the Mexican desert. ‘Life in the desert hangs on a very fine balance. Let’s say that a group of humans came to a specific desert and hunted down all the coyotes. Their absence could cause an increase in the population of rabbits, and then the greater number of rabbits would possibly eat out a certain type of cactus and drive it to extinction, and one by one, in a short time the whole desert would die. The scarcity of water makes that fine balance more evident. So more than actual solidarity (because that would imply a conscious, deliberate support), I think the elements in the desert support each other naturally by not breaking that balance’, the artist explains.

When considering whether this idea of a singular Japanese society, the functioning of which rests on harmony between its different players, is still relevant in a globalised society, the photographer believes that ‘it is very much a reality, especially when compared to how people live in the West (or even in other Asian countries). I must concede that a Japanese person who is 80 years old now would say that that is a thing of the past and that modern Japanese people are as individualistic as the rest of the world, but if you come from outside, I think it’s possible to see that it is still there’.

Taeko Nomiya’s work can be viewed on her website. 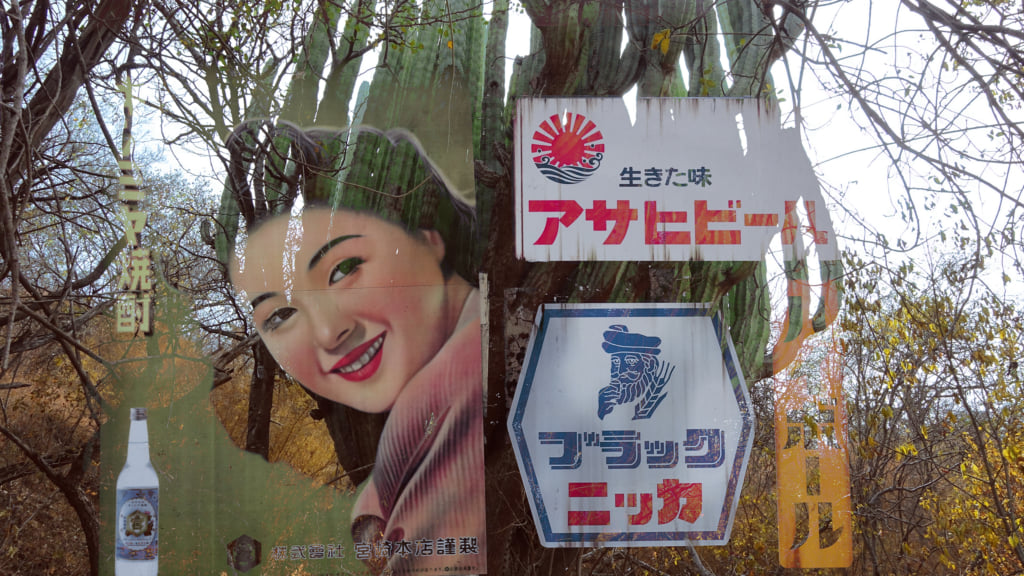 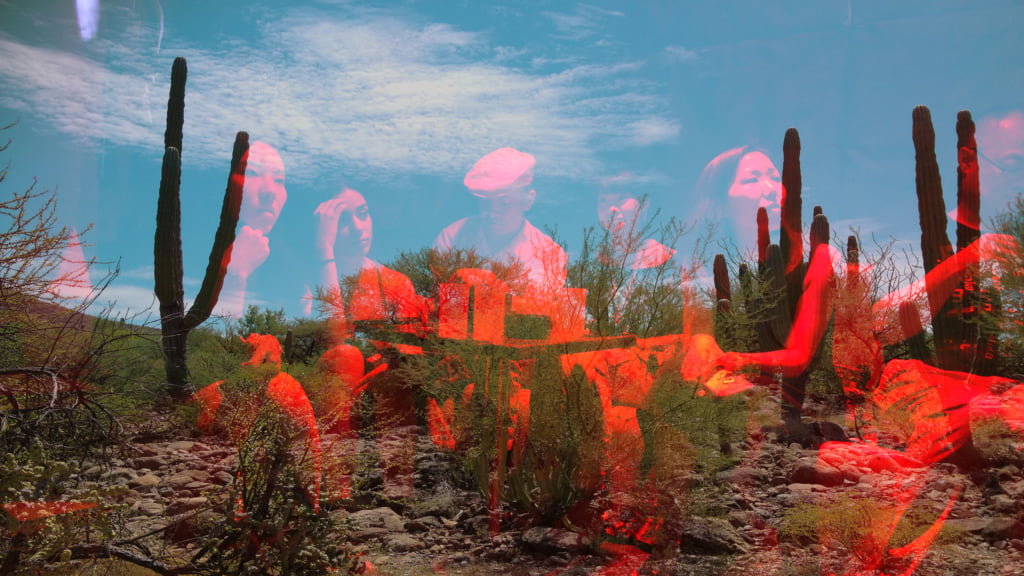 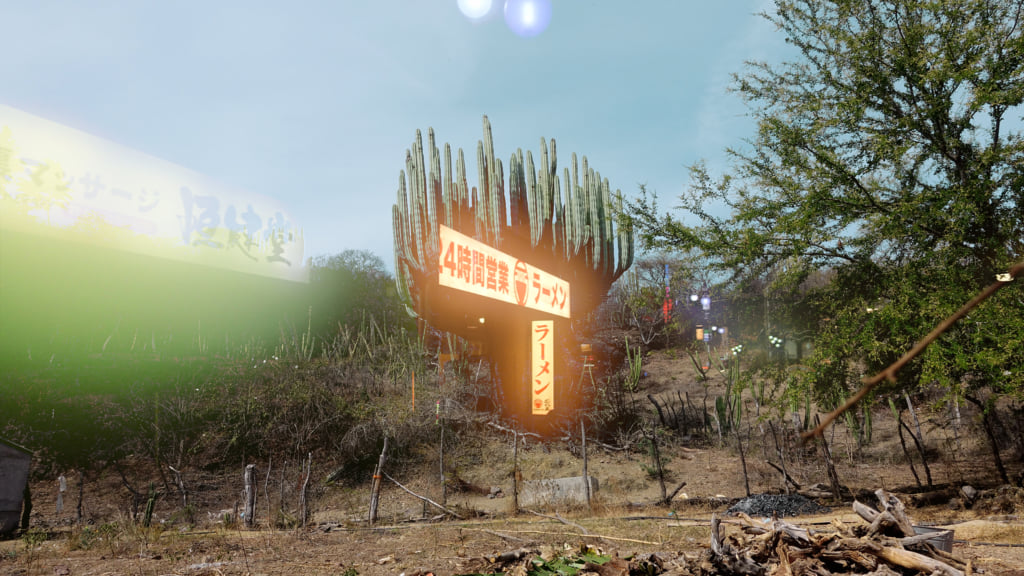 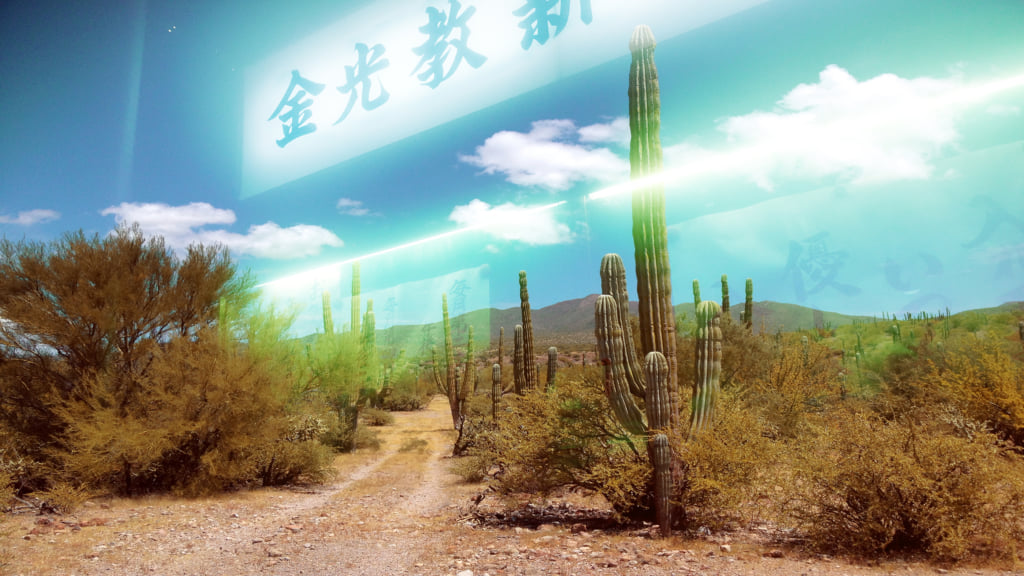