The book ‘The Tattoo Writer’ sheds light on the passion harboured by Akimitsu Takagi, one of the greatest contemporary Japanese novelists. 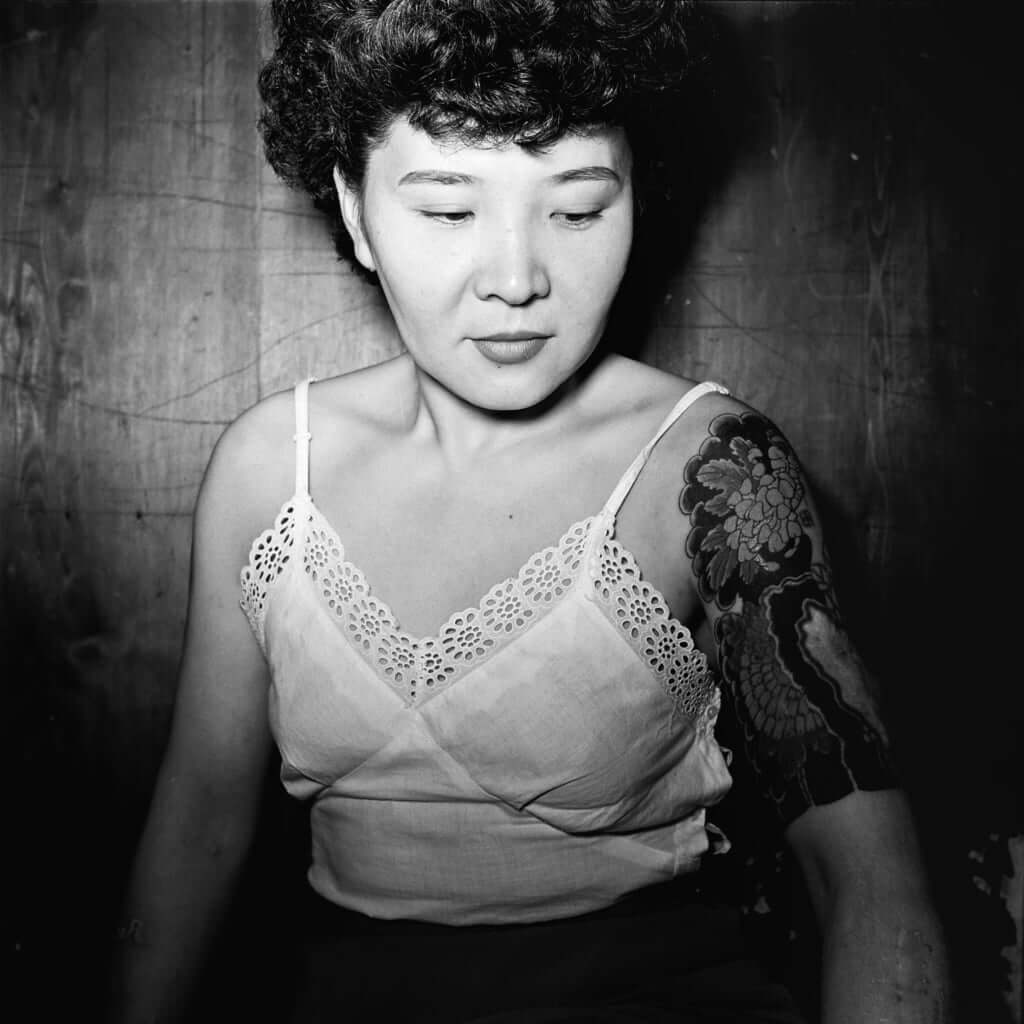 Known particularly for the novel Irezumi (1948), which sold several hundred thousand copies, Akimitsu Takagi—born in 1920 as Seiichi Takagi—made a mark on the world of crime novels in the Showa era. Although tattooing is central to his writing, the author’s photographic archives offer a unique record of this universe, especially the position occupied by women, away from the stereotypes.

Discovered in 2017 by French journalist and specialist in Japanese tattooing, Pascal Bagot during a meeting with Akiko Takagi, Akimitsu’s daughter, these archives were unveiled in 2022 in the book The Tattoo Writer, which brings together 130 medium-format photographs.

A collaborative history and work

Akimitsu Takagi’s passion for tattooing, those involved with it and its enthusiasts echoes his own story. As a child, he was struck by the image of a tattooed woman in a bath. He moved closer to this world, and forged friendships within it when carrying out the preliminary research for his novels.

The photographs taken between 1955 and 1965 document the work of the greatest tattoo artists of the time: Horiuno II, Horiuno III, Horigoro II, Horigoro III and Horiyoshi II, the latter being the tattoo artist based in the Azabu district. They present the tattoos done on clients’ bodies, and also those that adorn the members of the Edo Choyukai, one of the oldest (if not the oldest) clubs of tattooed individuals, and in various contexts, including outdoor gatherings.

To produce The Tattoo Writer (in English and French), photographs were scanned from the original negatives, a project that was made possible by a crowdfunding campaign. The book includes statements from Akiko Takagi, Akimitsu’s daughter, and Gérald Peloux, a French academic who specialises in the history of crime literature in Japan.

Pascal Bagot co-directed a documentary on the topic, La voie de l’encre (‘The Way of the Ink’) (2009). In 2014, he was the scientific advisor for the exhibition Tatoueurs, tatoués (‘Tattooists, Tattoed’) that was held at the Musée du quai Branly-Jacques Chirac in Paris.

The Tattoo Writer (2022), a book of photographs by Akimitsu Takagi and edited by Pascal Bagot. 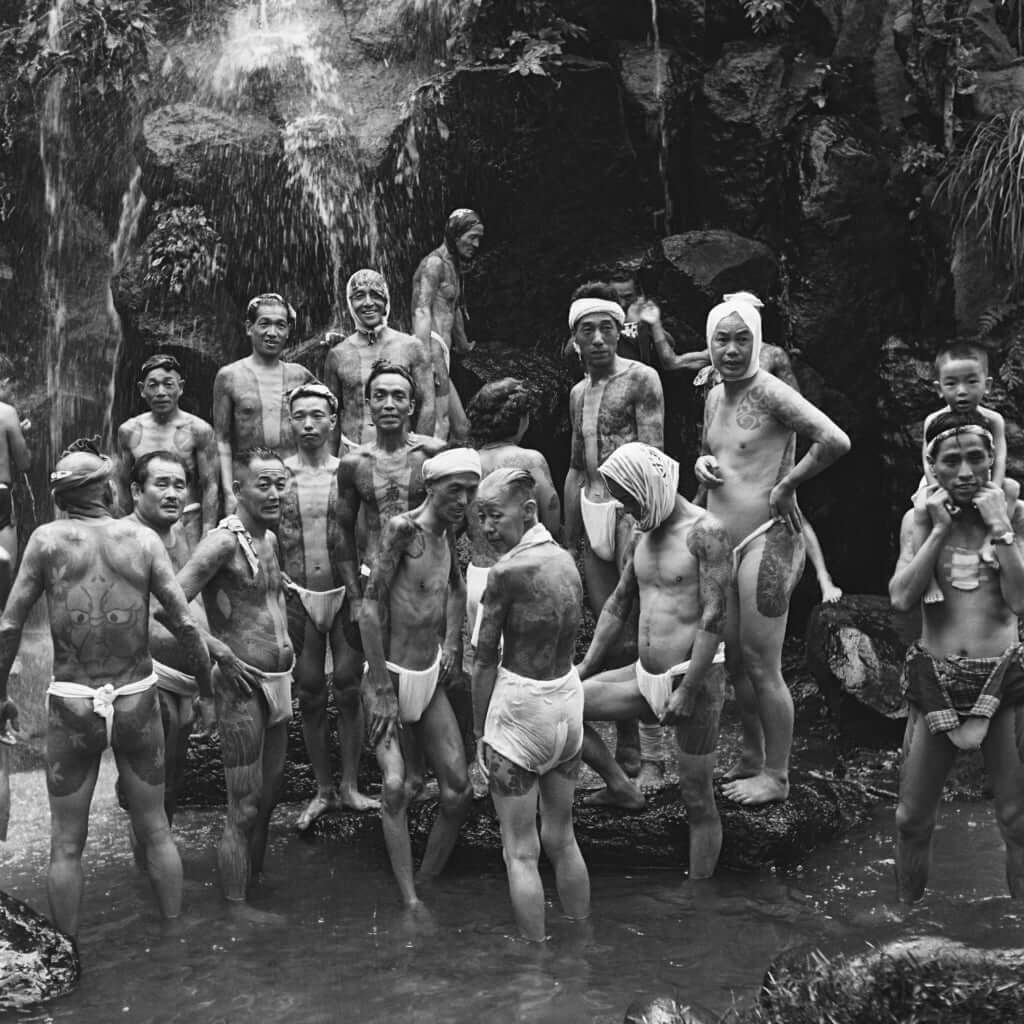 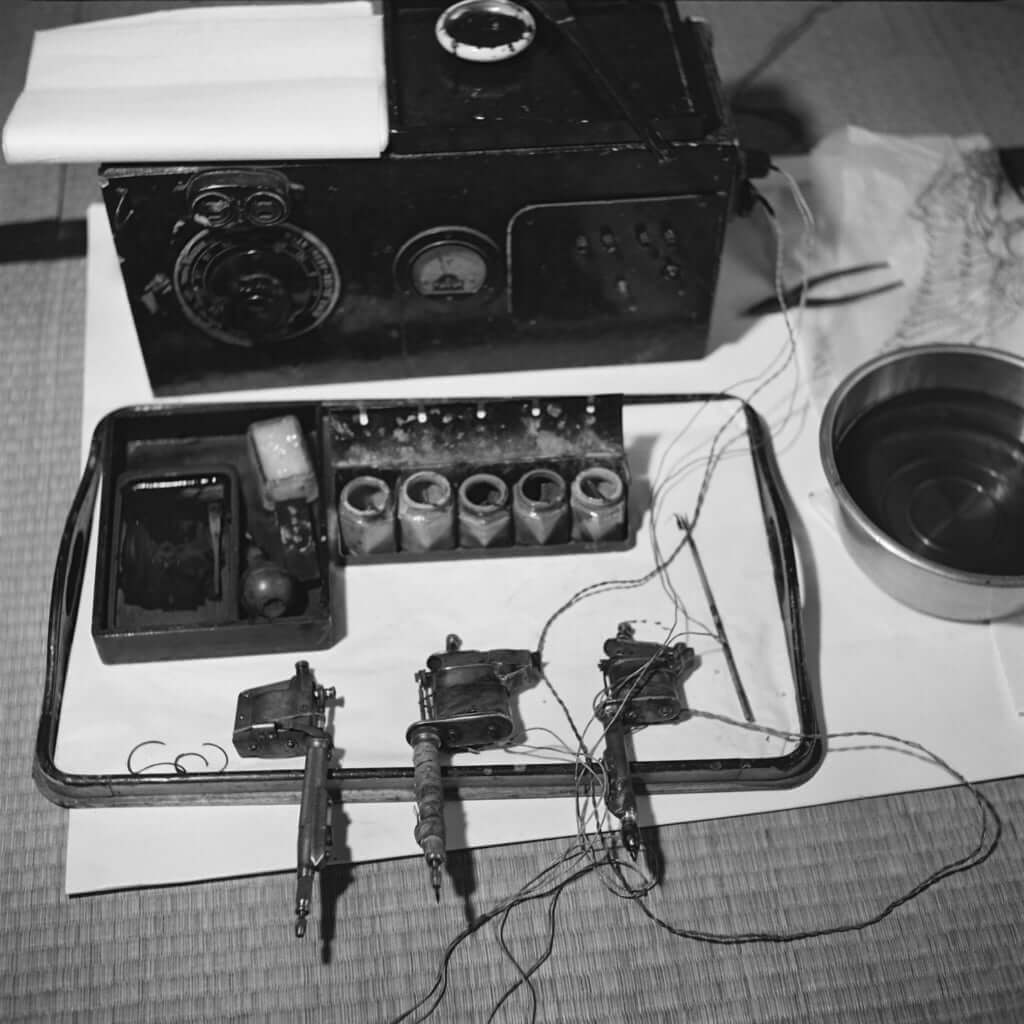 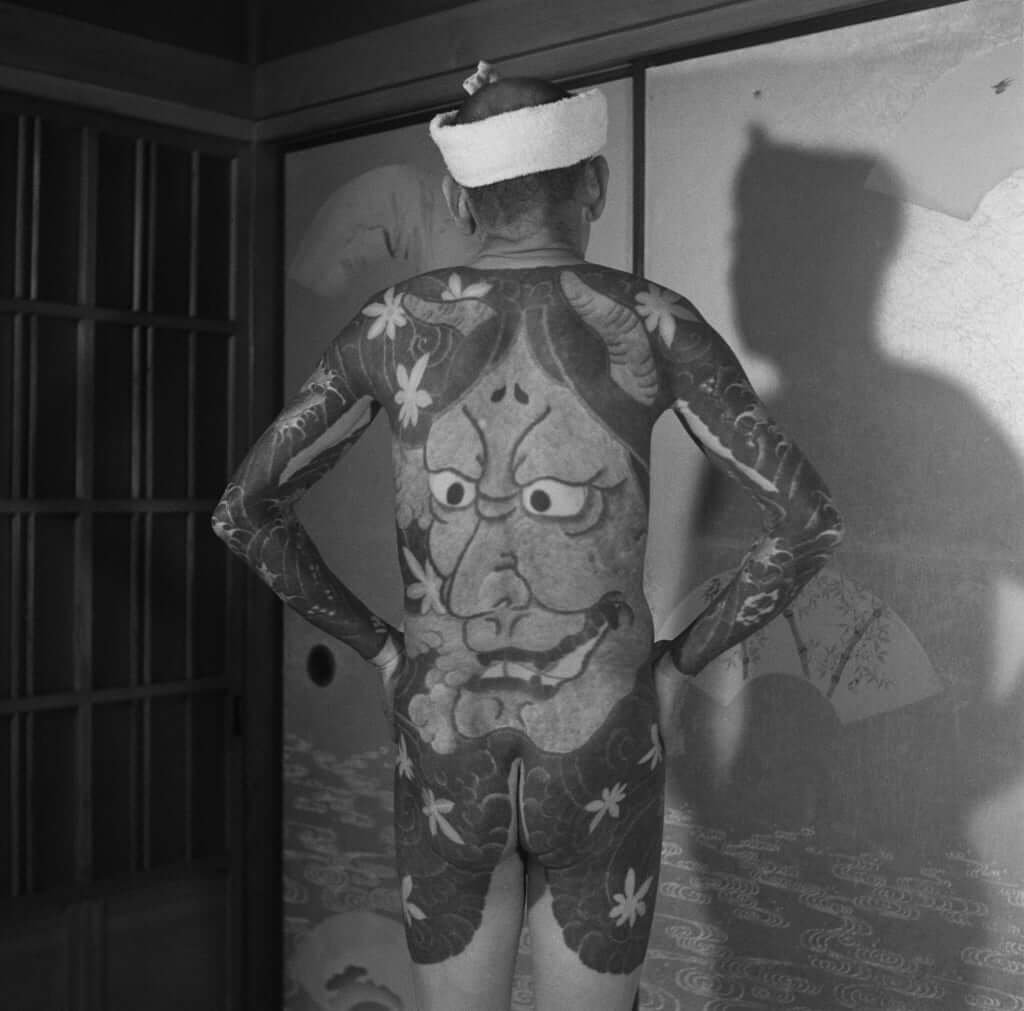 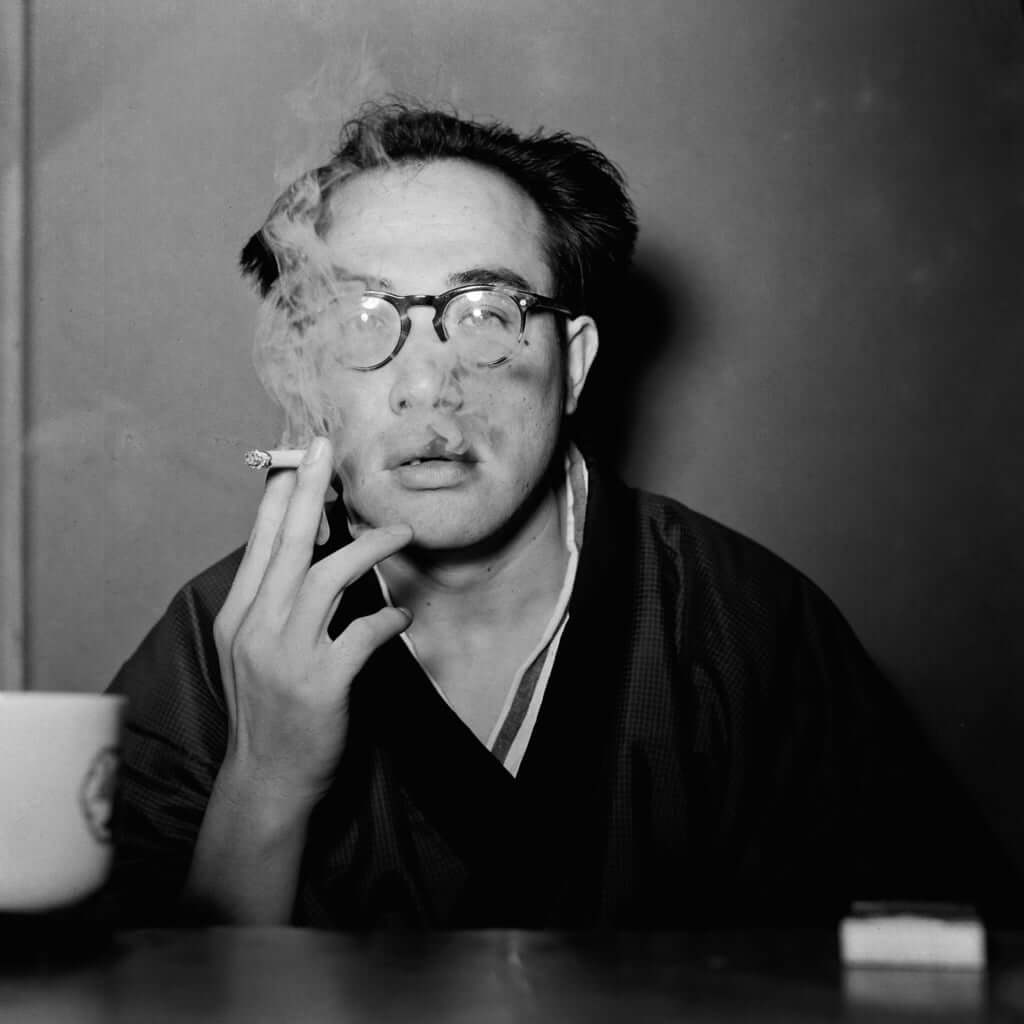 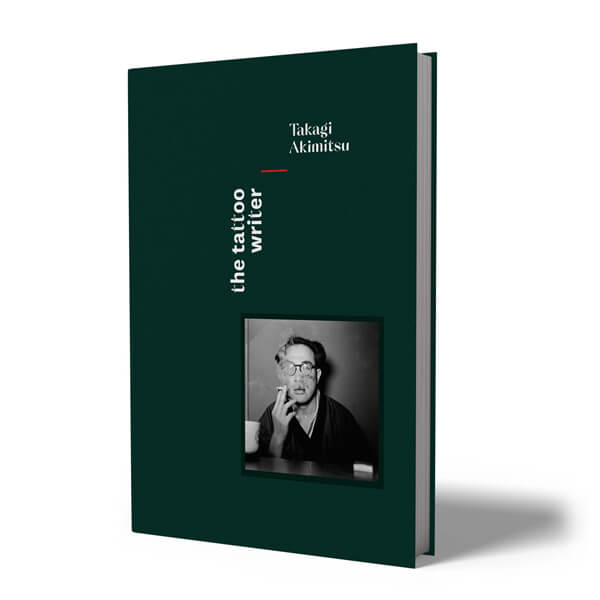