Yoshitomo Nara: What Lies Behind Insouciance and Appearances

Yoshitomo Nara's little girls with big eyes unsettle the viewer with the violence they exude and force them to discern the imperceptible. 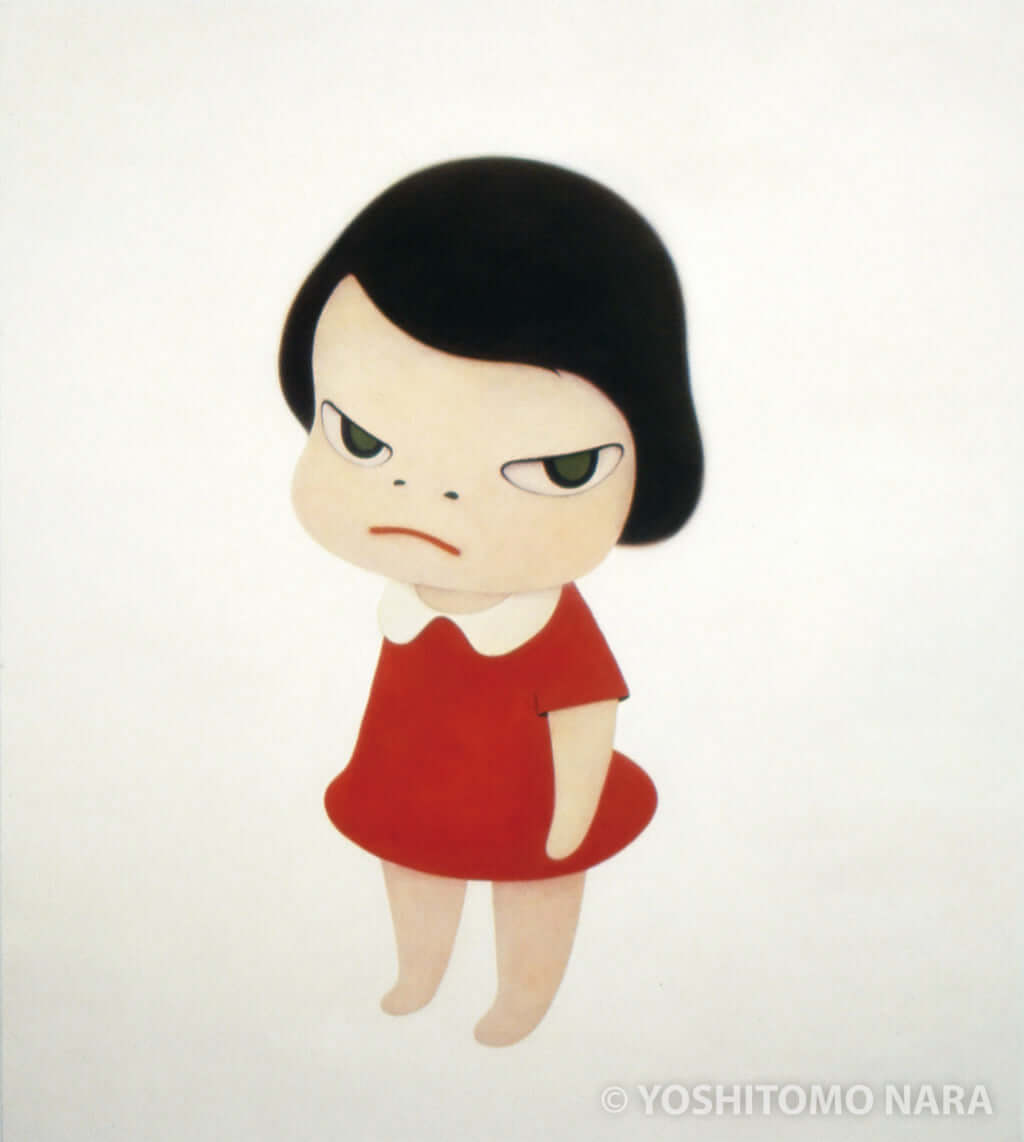 Yoshitomo Nara distinguished himself in 2019 when his work Knife Behind Back sold for a record amount of 195 million Hong Kong dollars (almost 20.5 million euros). A little girl with a sneaky, even Machiavellian expression, hides something behind her back, the nature of which and, therefore, the reason for her determined look, are only revealed by the title of the painting. Similar in appearance to this young girl, her accomplices appear in turn on the artist’s canvases and have an unsettling effect due to the contrast between their age and their misdeeds.

A leading name in contemporary art, Yoshitomo Nara, born in Hirosaki in 1959, began his career in the 1990s after studying fine arts at Aichi Prefectural University and at the Düsseldorf Public Academy. ‘I would liken my journey to a road movie that starts with the emergence of the ego of an art student through their work, then continues in the darkness of the night’, he explains.

Painted in pastel tones, the little girls in his paintings appear in childish dresses, with a short bob and a lock of hair across their forehead. They are full-body images, or cut in portrait format. Their big eyes offer a glimpse of hidden thoughts and wrinkle under the weight of their mischief. Trouble is brewing. The titles of the works shed light on the mystery: Missing in Action, Sayon, Too Young to Die… Violence is omnipresent, though only suggested, and forms a striking contrast to these chubby-cheeked faces. Rebels in Peter Pan collars, these little girls only want to take action.

A pop icon, Yoshitomo Nara draws on the codes of mainstream Eastern and Western culture, between Japanese manga and American cartoons. However, the artist does not stop at this definition: ‘Many people try to find a link between my work and manga. Of course, this form of interpretation can lead them to a satisfactory conclusion. But now there are all kinds of manga, all kinds of horizons.’ With no connections or names, his little girls have no identity or specific reason for being, and seeking to ascribe one to them ‘would cause something important that lies within the work to fade’, the artist explains.

By evoking a collective psyche, a globalised and integrated culture, his works allow the viewer to make rapid associations, but based solely on appearance. It would seem, however, that, in the same way as the meaning of the paintings is revealed through their title or the knife is hidden behind the child’s back, the viewer should rather focus on the imperceptible. ‘The majority of the public base their perception on visible elements. As for me, I’m convinced that I am mainly influenced by invisible elements. Beneath the surface of the visible lie many things that remain imperceptible, apart from when we try hard to perceive them.’

Emotions are an integral part of the invisible and guide Yoshitomo Nara during the creative process, like a reservoir that overflows or closes in an unpredictable manner. ‘With [my emotions and feelings], I control their variation and magnitude using basic techniques. It’s like in sport, you learn the principles and then get to the stage of applying them and the body functions on its own, without being guided by reason or will. Thus, everything I do involves freely using this body that performs automated actions to record every moment of the emotion in the painting.’

Anger is the most palpable emotion here, troubling in its power and inconsistency with the characters from whom it emanates. Allegories for violence, revolt, and perhaps revenge, the little girls are centred on this impulse. ‘I like rebellious music, it has a destructive energy. As well as punk, there are many different types of music and art that fuel me.’ Once again, the first impression is not the only one to be taken into account, and Yoshitomo Nara offers us a spiritual vision that overlooks a routine in revolt. ‘I feel like my means of expression does not aim to reveal an issue to society or to educate the public. I often wonder what people would think about if the world was ending tomorrow. If that day were to arrive. What I try to do is perhaps to create a painting that allows everyone, including me, to cope in such a circumstance.’ Beyond the image lies the title. Beyond manga lies the allegory. Beyond childhood lies violence. Beyond revolution lies the end of the world.

Yoshitomo Nara’s work can be found on Pace Gallery’s website. 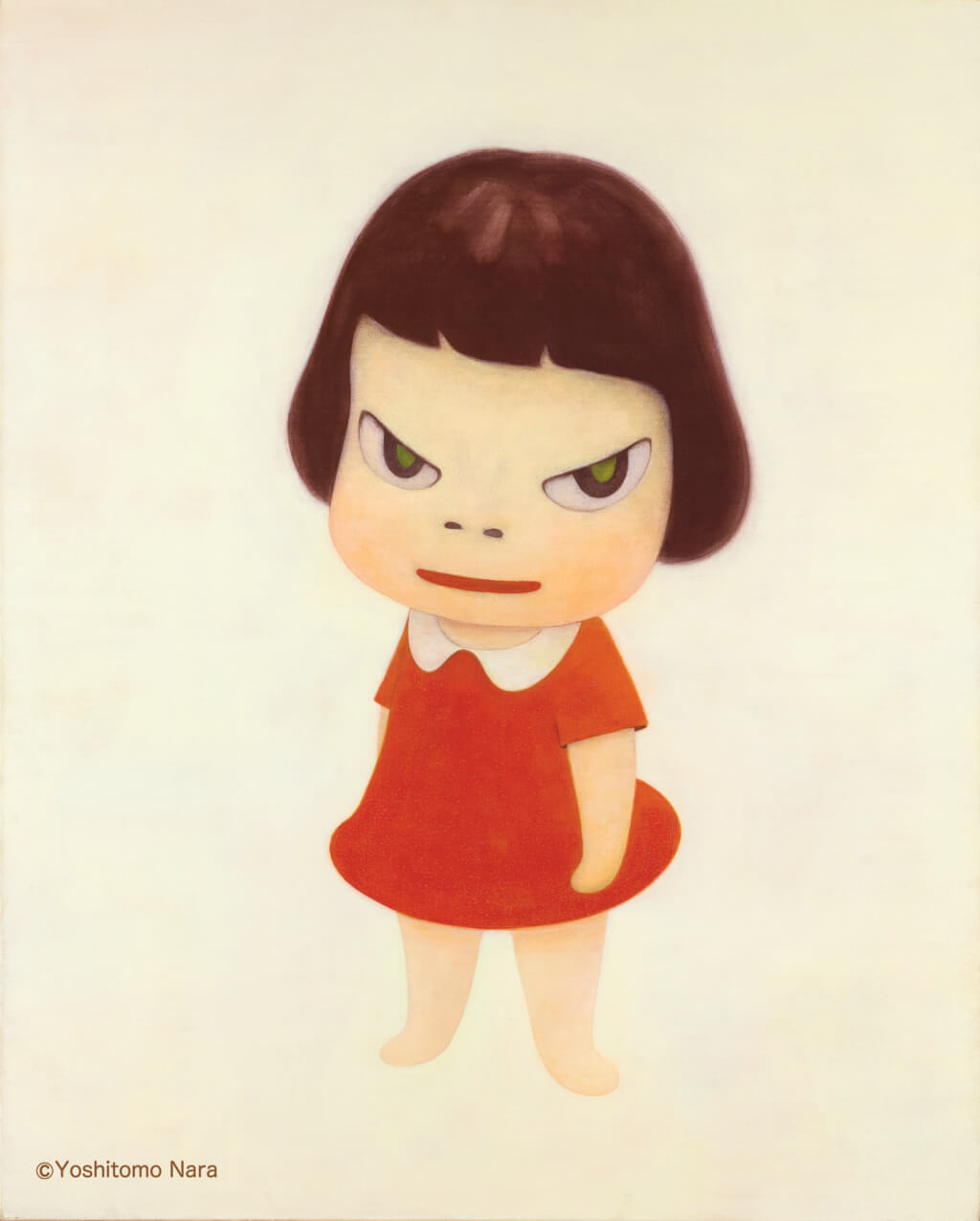 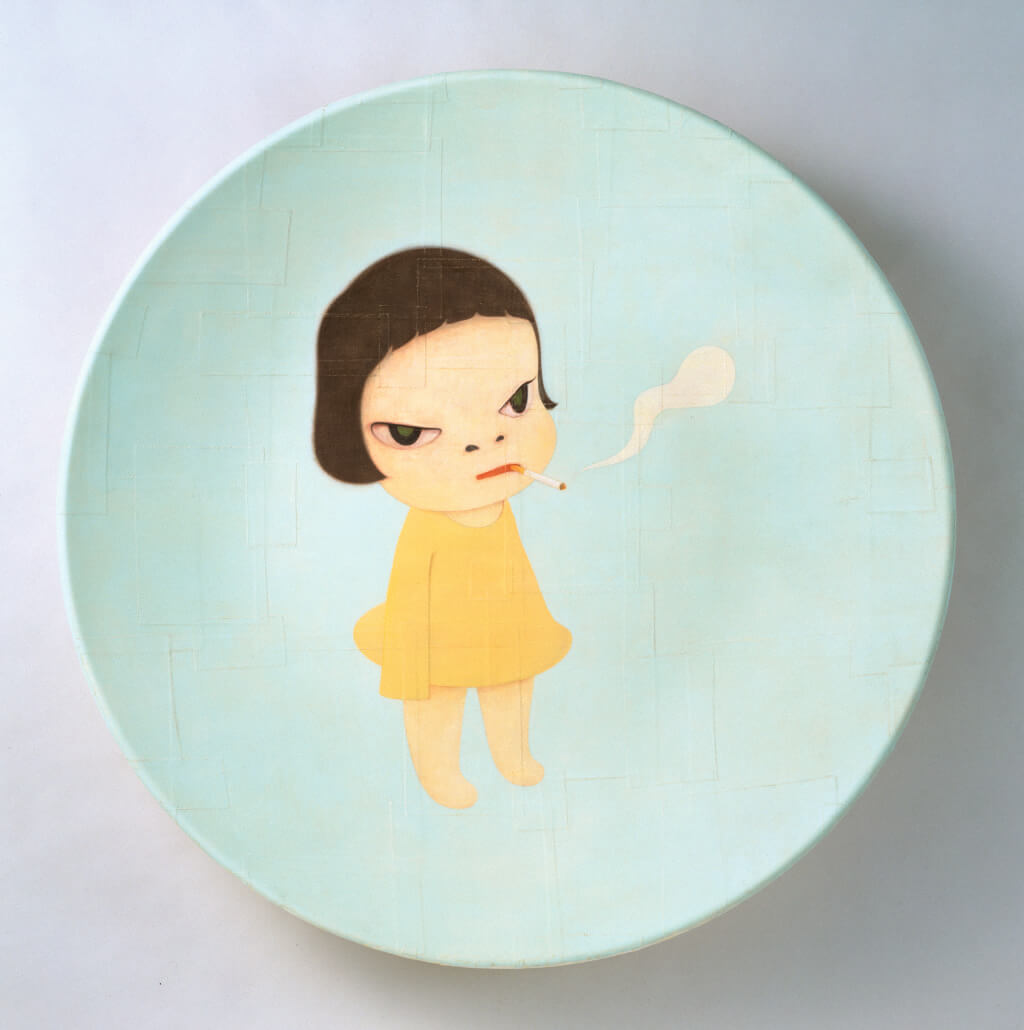 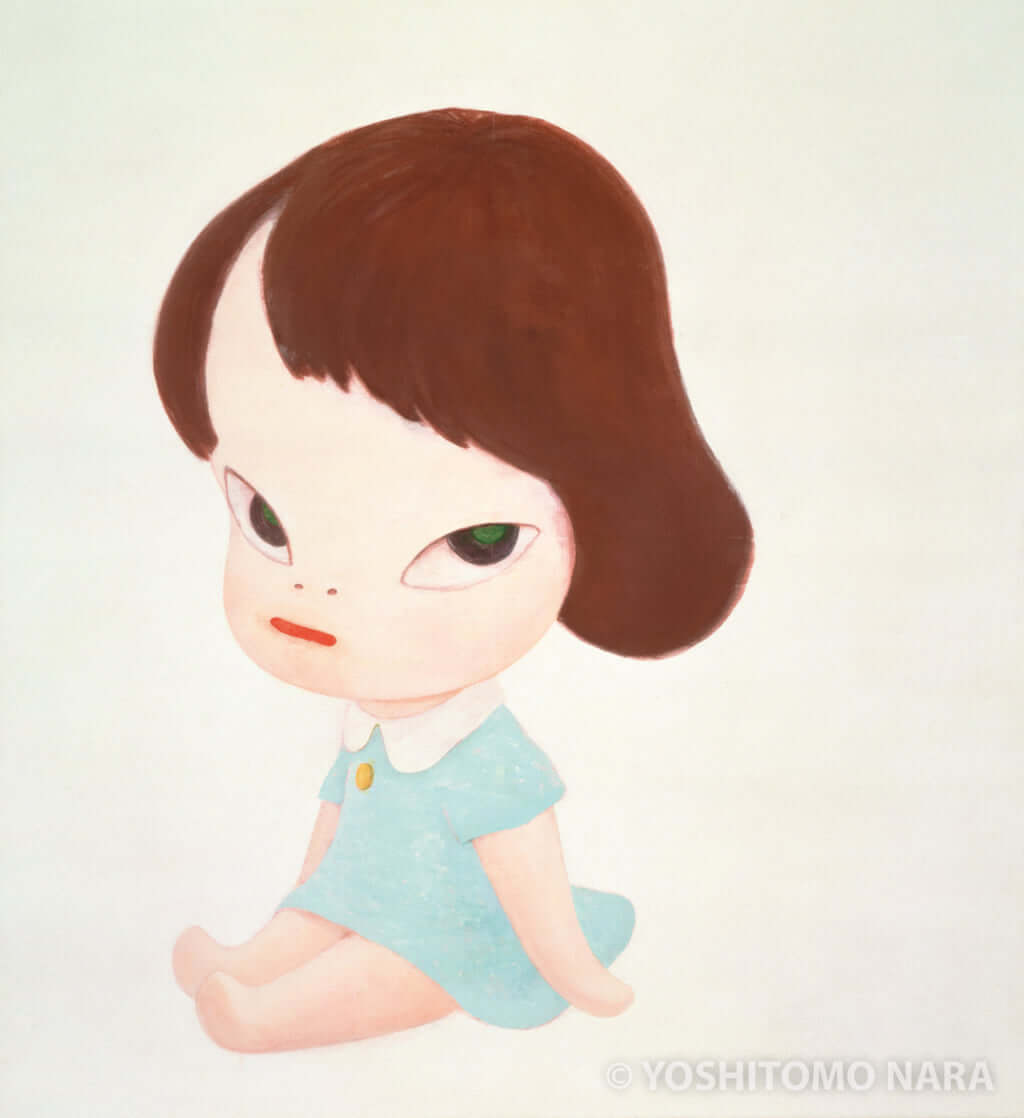 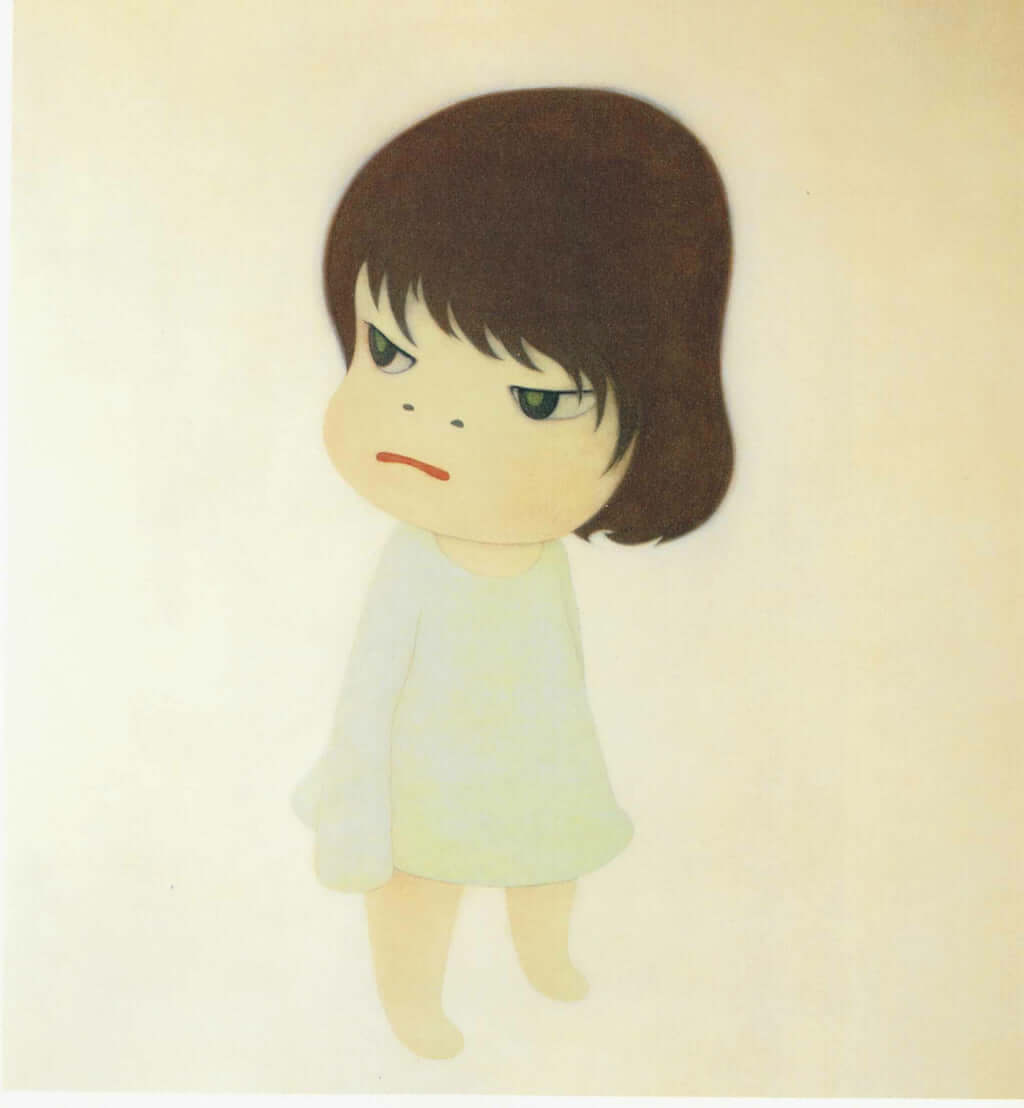 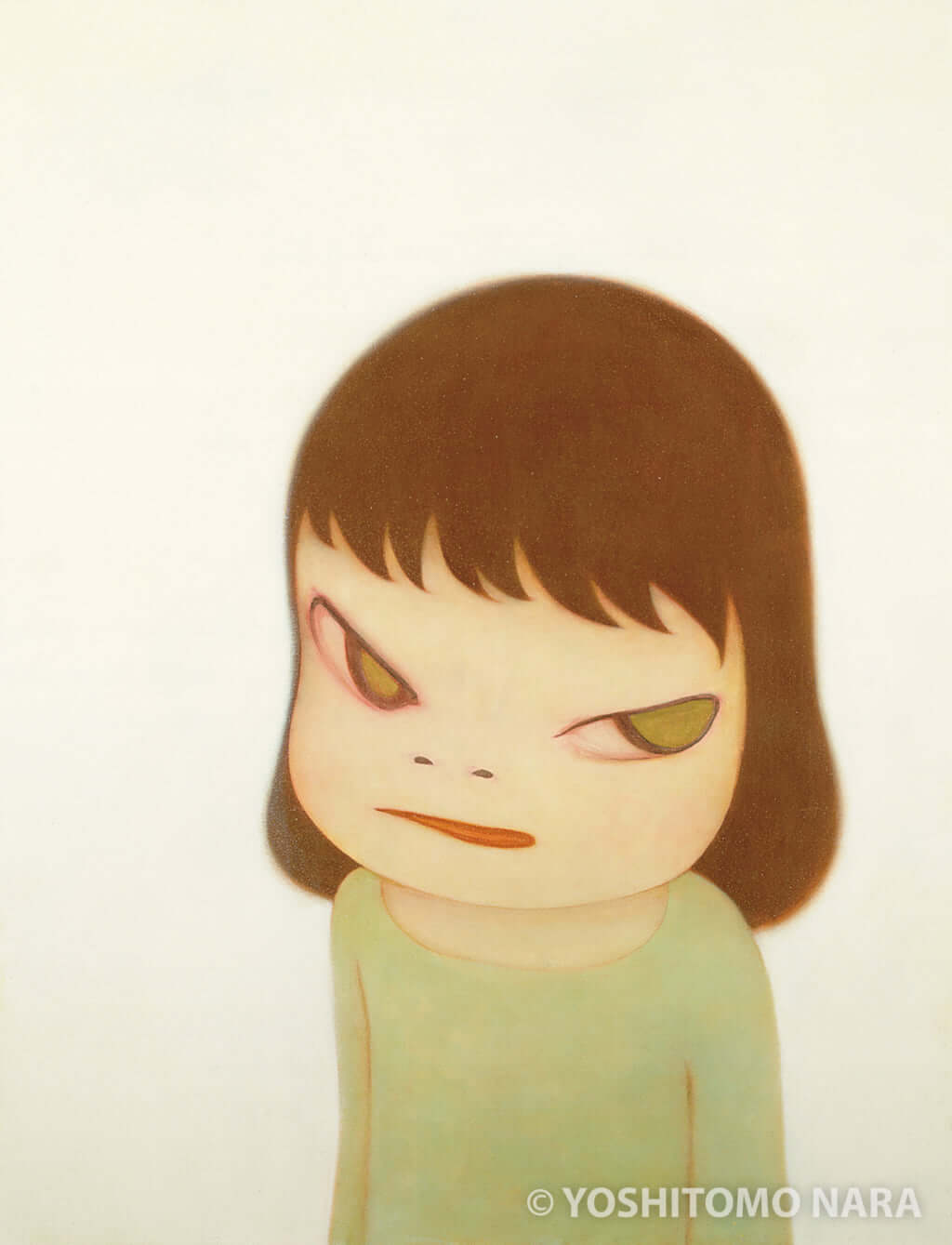