Through the initiation story of a young city dweller, this graphic novel pays homage to the community of the ‘women of the sea’. 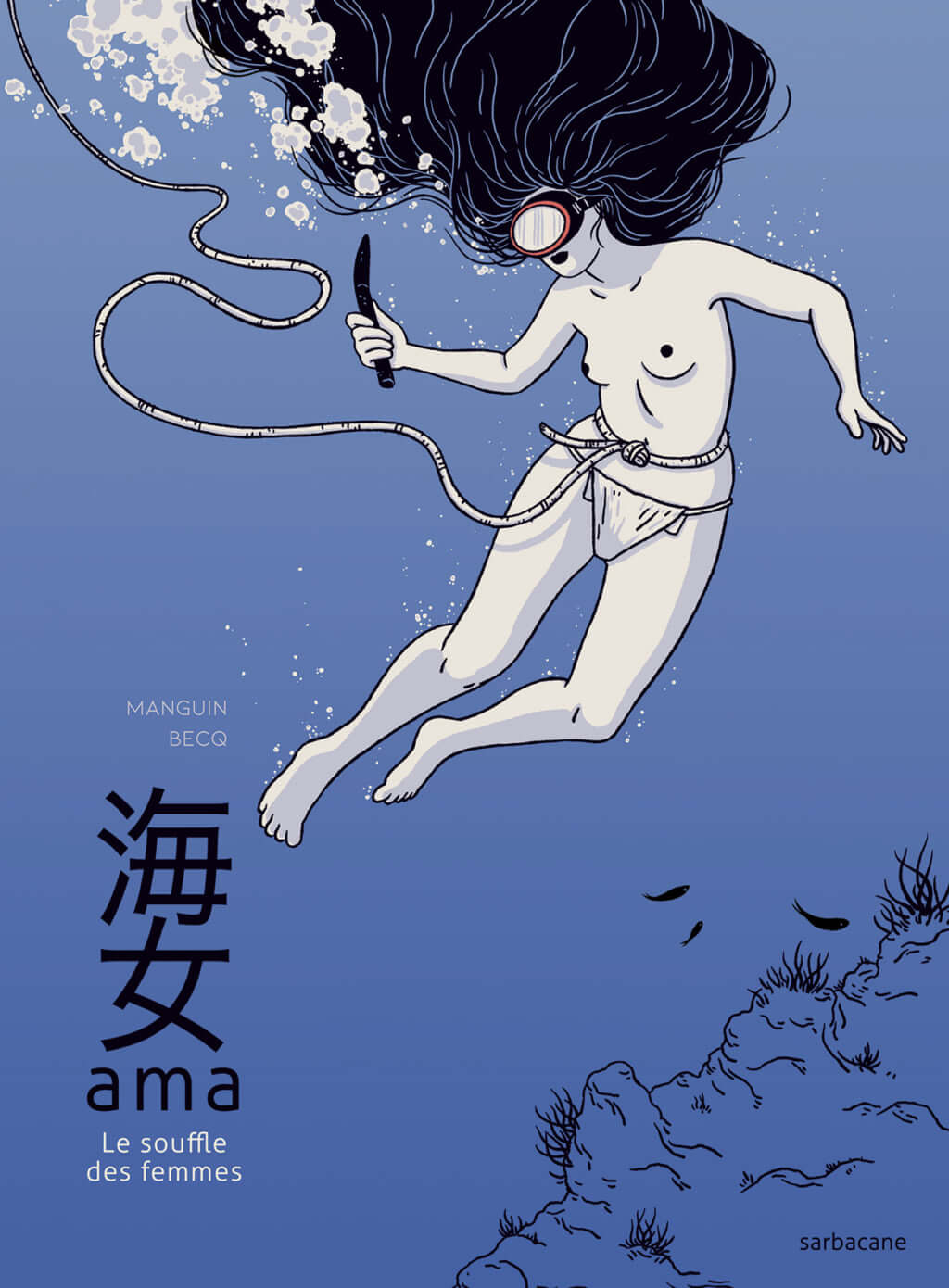 Japan in the late 1960s. Nagisa, a young, chaste Tokyoite, meets her aunt Isoé on Hegura Island to escape from her past and family dramas. Far from the frantic pace of life in the capital, the protagonist discovers her previously unknown roots thanks to the mistresses of Japan, the ama. Faithful to tradition, these women free-dive naked for abalone.

Published in May 2020, the graphic novel Ama, le souffle des femmes (‘Ama, the Breath of Women’) is written by Franck Manguin and illustrated by Cécile Becq. With its mesmerising, sometimes silent panels, the chronological narrative fuels a sense of melancholy. The decision to process colours in three shades with indigo blue being omnipresent creates a feeling of completeness. ‘Breathing is at once respiration, living force, courage, light. This graphic novel is a tribute to all women and to numerous facets of their condition’, the illustrator explained to Talpa Mag.

A portrait of heroic women

In this feminist tale, the ama, who epitomise strong, wild and independent women, are given the spotlight. It is they who are in control on Hegura Island. They dive, bring in household resources, make the decisions at the village council and preside over the religious ceremonies. These engaged fisherwomen constantly fight to preserve their dignity when faced with men from outside who eroticise their liberated, uninhibited bodies.

‘My intention was to show the beauty of movements, this aquatic dance that is very slow, very fluid under the water. When diving, all the movements exude infinite grace. I also wanted to emphasise a spirit of warriors on the alert, on the lookout for something. All the senses are sharpened as a reminder of the difficulty of the profession’, Cécile Becq explained to Talpa Mag with regard to the cover of the album.

By bringing tradition and modernity face to face, the graphic novel shines a light on the combat waged by the ama against mass fishing that has a harmful impact on the environment. Through the initiation of Nagisa, who is unfamiliar with the customs and traditions of the women of the sea, the reader discovers a tough profession with ancestral techniques that are dying out.

This conflict is illustrated through the evolution of the young protagonist and her family relations and heritage. Initially considered as a pretentious city dweller who is incapable of opening her mind to the community’s lifestyle, she gradually comes to accept herself and appreciate the depths of the sea. The heroine, who represents the spirit of the new generations at the time, nevertheless remains torn between her desire to live in the city and her attachment to traditions. 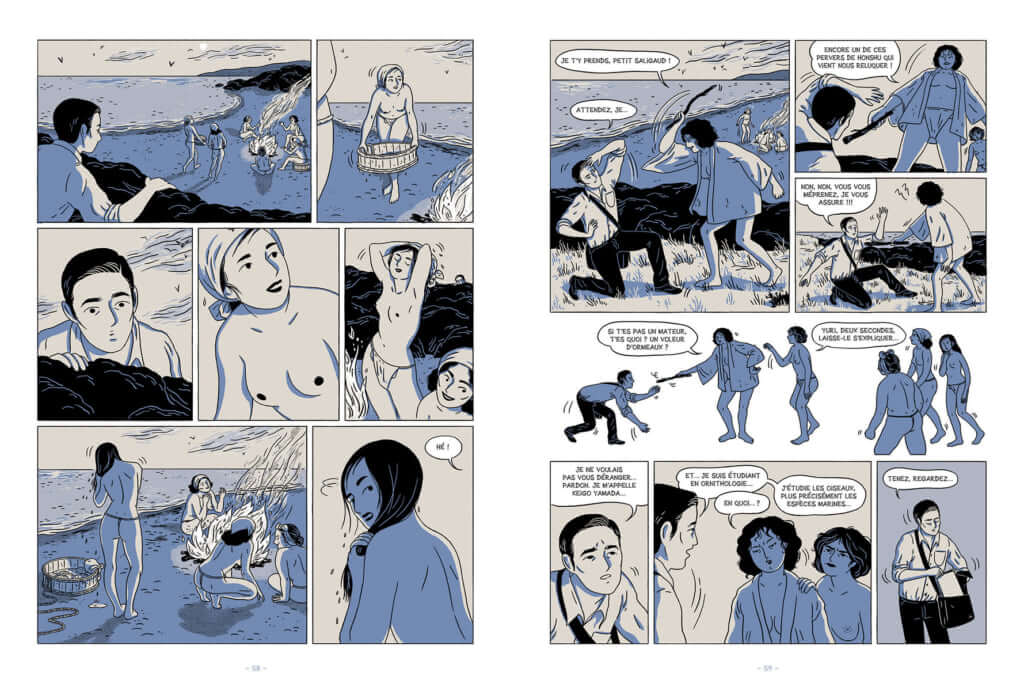 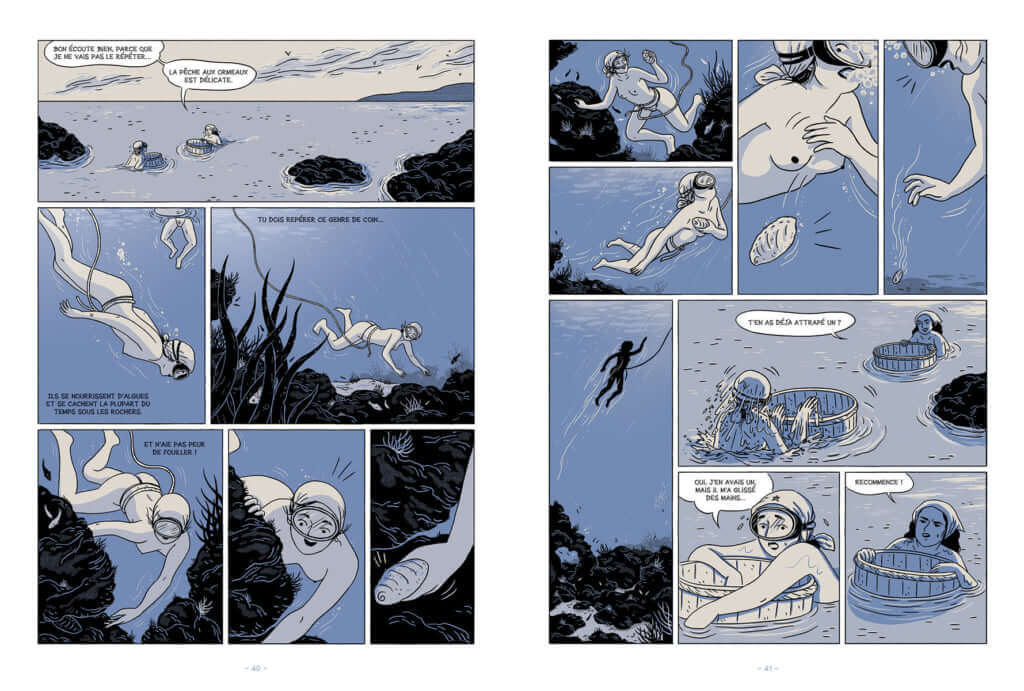 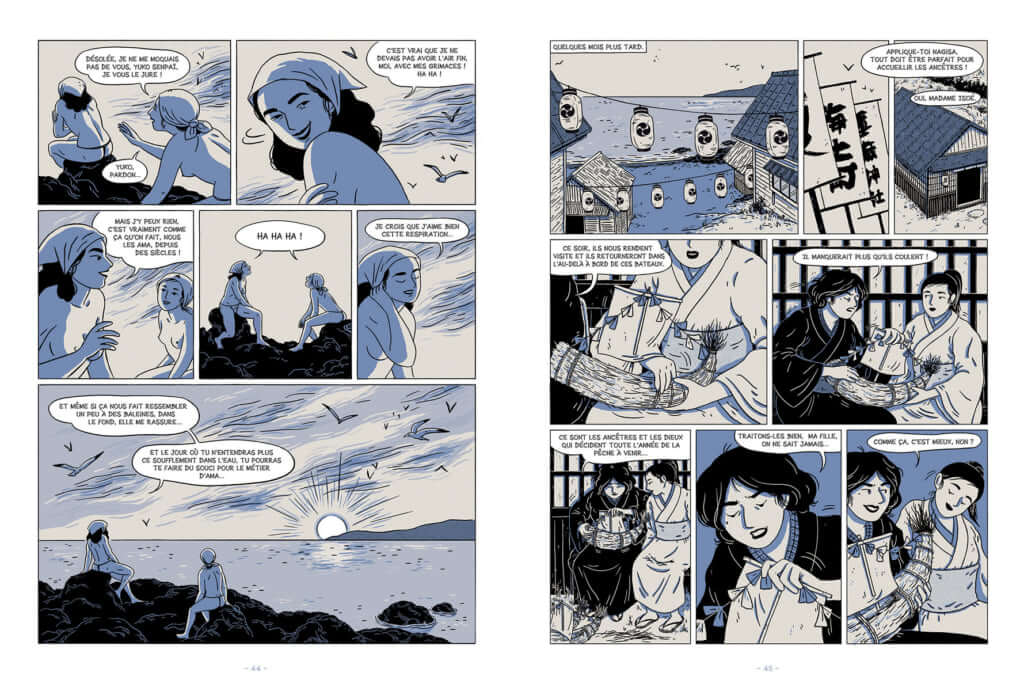