‘Confessions of a Yakuza’, a Cathartic Journey into Mafia Territory

In this book, a dying gang boss recounts the events in his extraordinary life to his doctor in a tale that later inspired Bob Dylan. 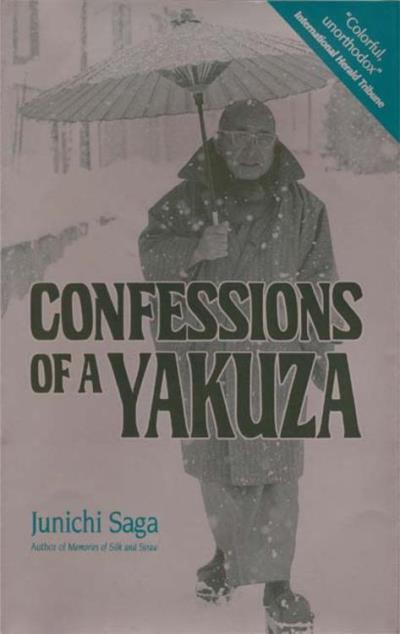 Suffering from terminal cancer, Ijichi Eiji, a former yakuza member, confided in his doctor, Junichi Saga. The latter drew on their conversations to write a book, Confessions of a Yakuza, which looks back over the eventful life of a man who began his career as a coal merchant and ended up as the respected boss of a Tokyo gang that controlled gambling activities.

Born in 1941, Junichi Saga grew up near Tokyo. After graduating in medicine from Keio University, he left for Hawaii to complete his internship. That was when he became aware of the lack of literature dedicated to everyday life in Japan. On his return to the country, alongside his work as a doctor, he was committed to recording his patients’ stories, like resurgences of a past destined to be forgotten.

Delving into the secrets of Japanese gangs

One of his patients was the scandalous figure Ijichi Eiji, who, as his days were numbered, decided to confide in, and even confess to, his doctor. Confessions of a Yakuza is the written record of these words. From his childhood spent in rural Tochigi Prefecture, which he left behind for the excitement of Tokyo, to his treatment for syphilis and his memories of the 1923 earthquake and the Second World War, this novel immerses the reader in the everyday life of an ordinary Japanese citizen, the course of whose life would be disrupted by an encounter with the members of a gang who controlled gambling activities in Tokyo’s Asakusa district.

Intimidation, prison, clan culture and traditions, and the upholstered environment of gambling dens: Confessions of a Yakuza offers a dive into the underworld of organised crime in Japan. The book is fascinating due to the naturalness of its account. This fascination is shared by Bob Dylan; some of the lyrics of the songs on his album Love and Theft include entire passages from Junichi Saga’s book, as the Wall Street Journal revealed in 2003.

Confessions of a Yakuza (2007), a book by Junichi Saga, is published by Kodansha.