Juliette Binoche’s Quest in the Heart of the Japanese Forest

In the film 'Voyage à Yoshino' by Naomi Kawase, the French actress plays a character searching for a miracle cure for suffering. 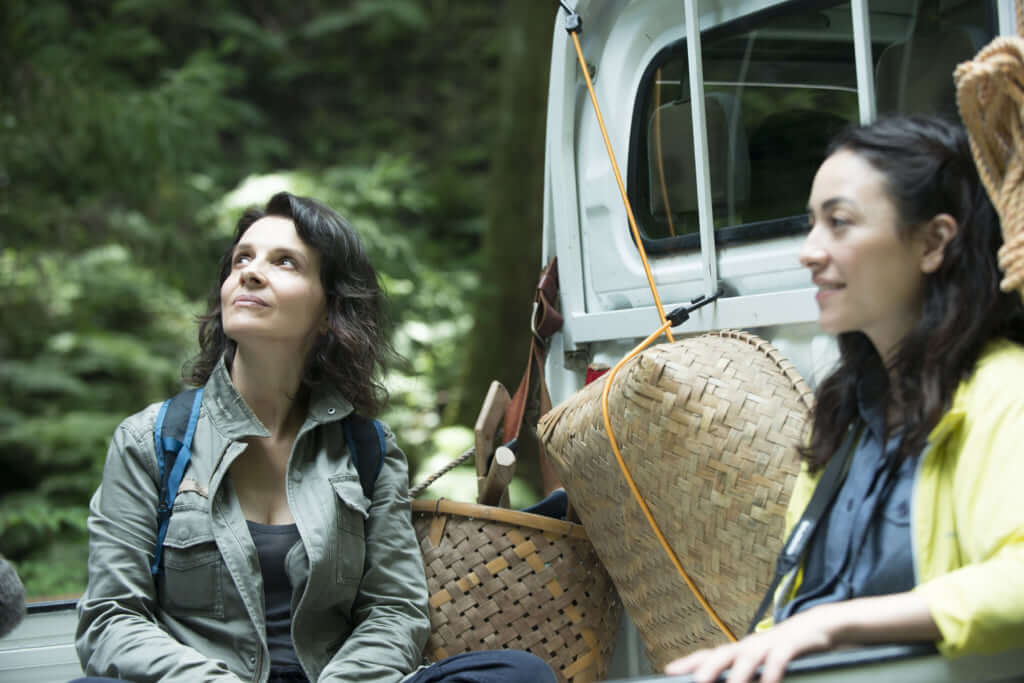 Director Naomi Kawase takes Juliette Binoche on an initiatory trip to the heart of the forest. The actress’s character, Jeanne, is looking for a medicinal plant that boasts miraculous powers said to erase human suffering. However, this immersion in the depths of a forest in Kansai, close to Nara, the city where the director was born, opens Jeanne’s eyes to far more than the benefits of plants.

Naomi Kawase is known for her contemplative cinema, which has won her international recognition since she released her first films. Moe no Suzaku, her first fiction feature film, was awarded the Caméra d’or at Cannes Film Festival in 1997, while La forêt de Mogari won the Grand Prix given by the jury in 2007. The director, who features famous Japanese actors, like Kirin Kiki in Les Délices de Tokyo, and Masatoshi Nagase, who appears in most of her work, turned to Juliette Binoche for her first collaboration with a French actress.

Communion between the actress and director

‘The narrative developed as if it incorporated Juliette, her acting, and her spirit. Imagining her performing in a village lost in the heart of the Japanese mountains inspired me’, the director explains. ‘I had a feeling that, even if I didn’t tell her much about her role, it would be enough for her to come to Nara and then everything would fall naturally into place. As mothers, women, and female colleagues in the world of cinema, we had a lot in common and felt the same way.’

In Voyage à Yoshino (‘Vision’), the viewer follows Jeanne’s introspective journey into the depths of the forest, which becomes a character in the film in its own right. The viewer hears the noise of the branches dancing in the wind and the clinking sound of the rain, and sees the roughness of the tree trunks and the deep green colour that invades the screen. However, this voyage through woodland also proves to be an opportunity for Jeanne to witness the emergence of recollections of a time twenty years previous, as the forest in Yoshino is not completely unknown to her.

Juliette Binoche holds close ties with Japan. After filming with Naomi Kawase, she appeared a year later in La vérité, a feature film by Hirokazu Kore-Eda. While filming in the forest, the actress took the opportunity to photograph her environment. She shared these images with the teams at the Branche et Ciné festival that she sponsors, and for which she interviewed Hayao Miyazaki. 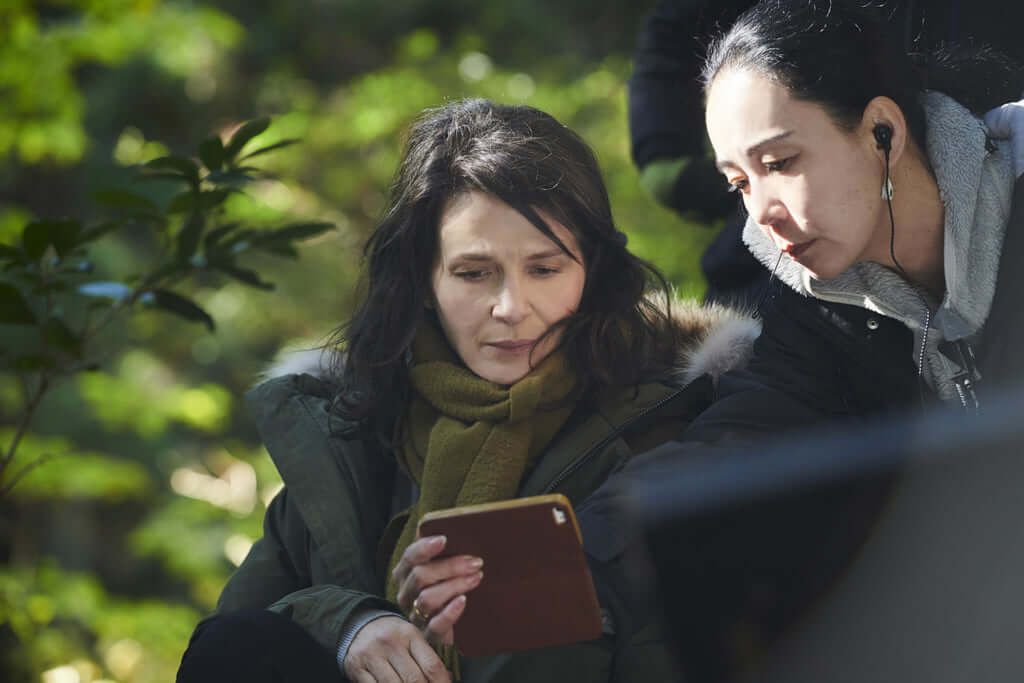 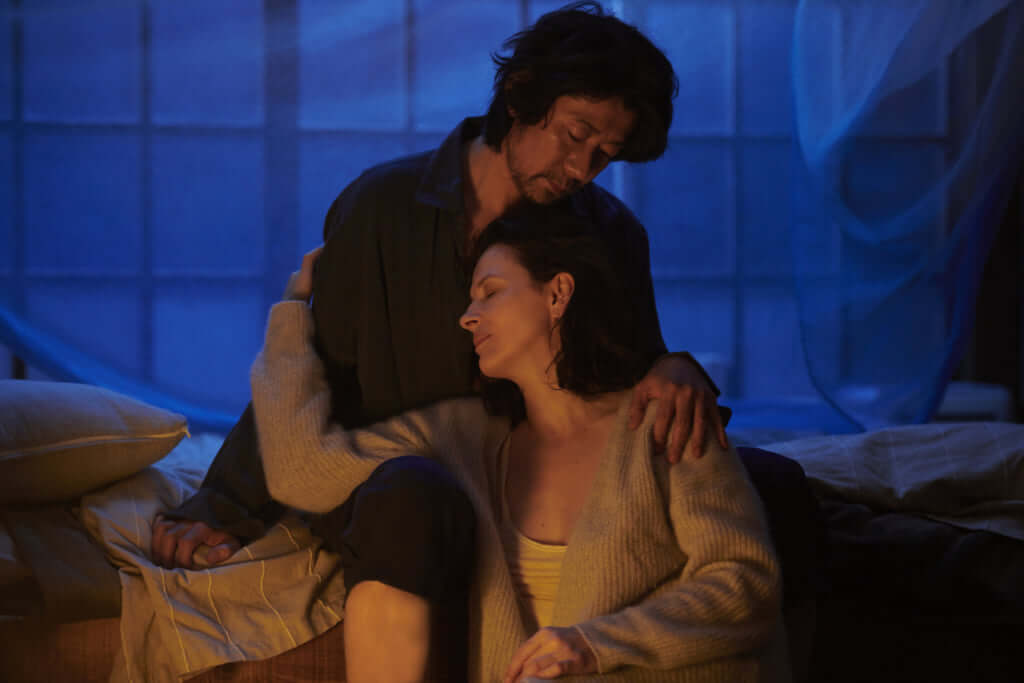 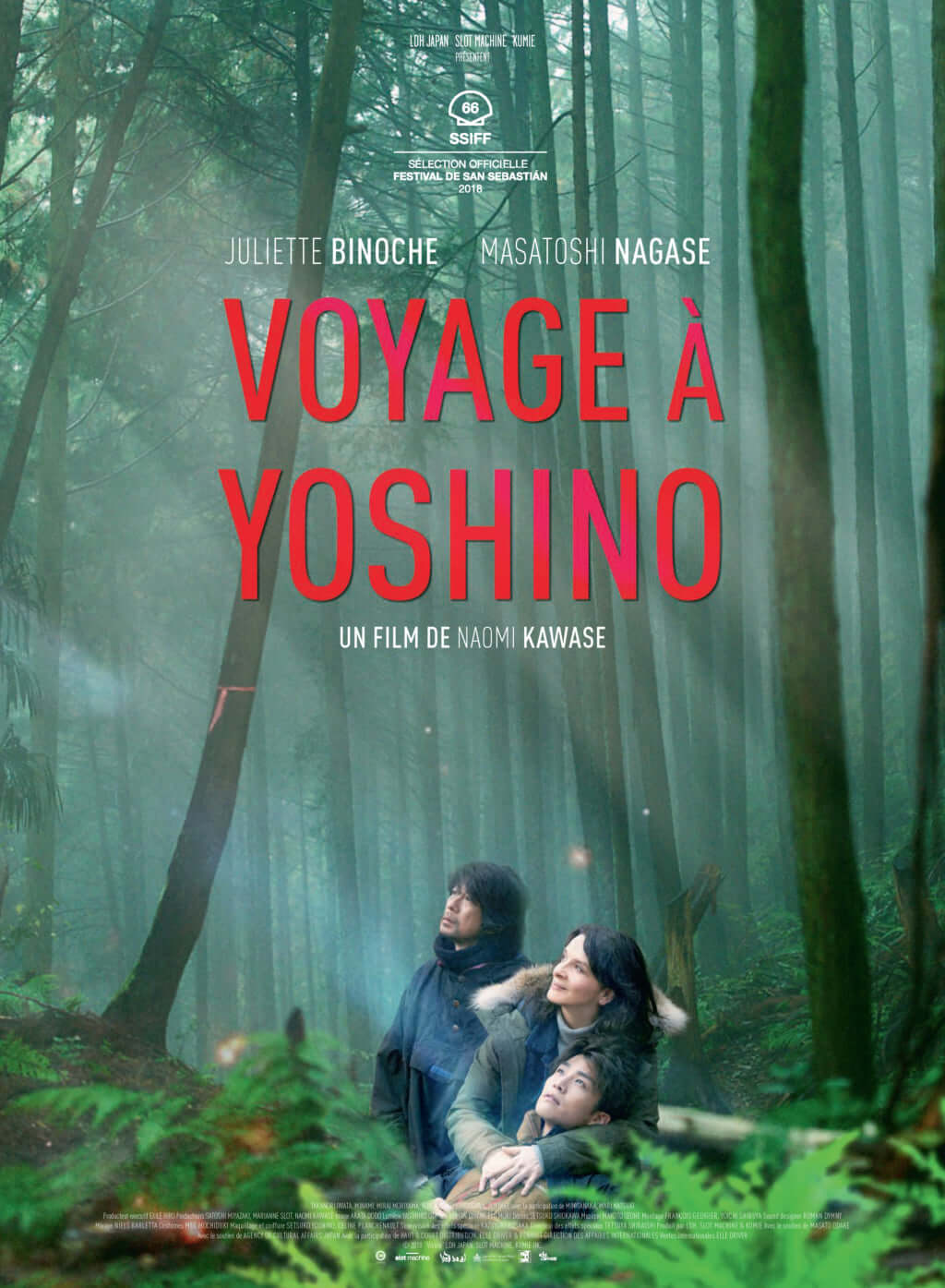