These female warriors, trained in the use of swords and spears, ensured the protection of several clans during the feudal period.

When imagining the members of the Japanese warrior class that ruled Japan for almost 700 years, male characteristics are inevitably pictured: bodies protected by heavy armour, sword in hand. No female presence comes to mind. Art perpetuates this lack of representation, with the women around samurai often relegated to the position of housewives draped in kimono.

Samurai women did in fact exist, however, as members of the bushi class, half-warriors and half-nobles, named onna bugeisha, but the literature about them is so sparse that it can sometimes be difficult to establish what is myth and what is reality. A first example is Empress Jingu, who led an invasion of Korea in around 200 after her husband Emperor Chuai was killed in battle. The invasion was successful, and is recounted in legends as a bloodless conquest. Empress Jingu was the first woman to be featured on a Japanese banknote, in 1881.

The golden age of the Kamakura period

However, it was during the Kamakura period (1185-1333), which marked the beginning of the age of warriors, that onna bugeisha played the biggest role in the armies in clan wars in Japan. Tomoe Gozen was among them, considered the best representation of a female warrior. The wife of a general in the Minamoto clan, her exploits saw her be named captain of her troops, a first for women.

Her prowess is praised in The Tale of the Heike: ‘She was a remarkably strong archer, and as a swordswoman she was a warrior worth a thousand, ready to confront a demon or a god, mounted or on foot.’ She also ‘handled unbroken horses with superb skill; she rode unscathed down perilous descents. Whenever a battle was imminent, Yoshinaka sent her out as his first captain, equipped with strong armour, an oversized sword, and a mighty bow; and she performed more deeds of valour than any of his other warriors.’ The figure of Tomoe Gozen continues to be a source of fascination, with her life having been adapted for the theatre in a play staged in 2013 at the Meiji-za theatre entitled Tomoe Gozen – Legend of the Female Warrior.

The Edo period (1603-1868) marked both the return of a more rigorous attitude concerning women, who no longer had the right to travel alone in Japan, and also, in the later years, the fall of the samurai class. The onna bugeisha thus became more scarce, although the exploits of Tsuruhime Ohiri received great attention. Having been trained to fight, she participated in the Battle of Aizu in 1868 after the death of her father and brother, commanding an exclusively female unit.

While it is still difficult to know whether these samurai women had much room for manoeuvre, as it appears that they tended to take up arms following the death of their husband or father, they remain figures of fascination, as evidenced for example by Hayao Miyazaki’s heroine Princess Mononoke. 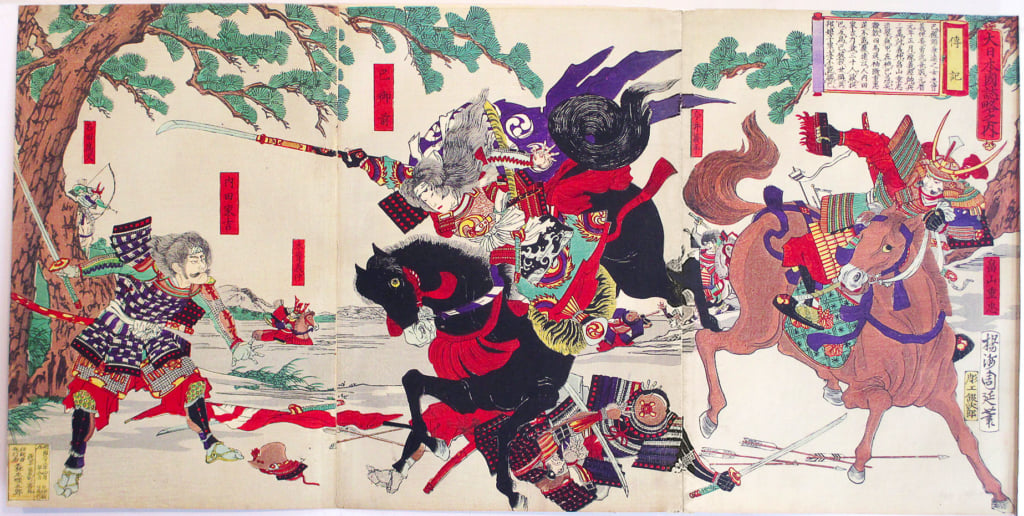 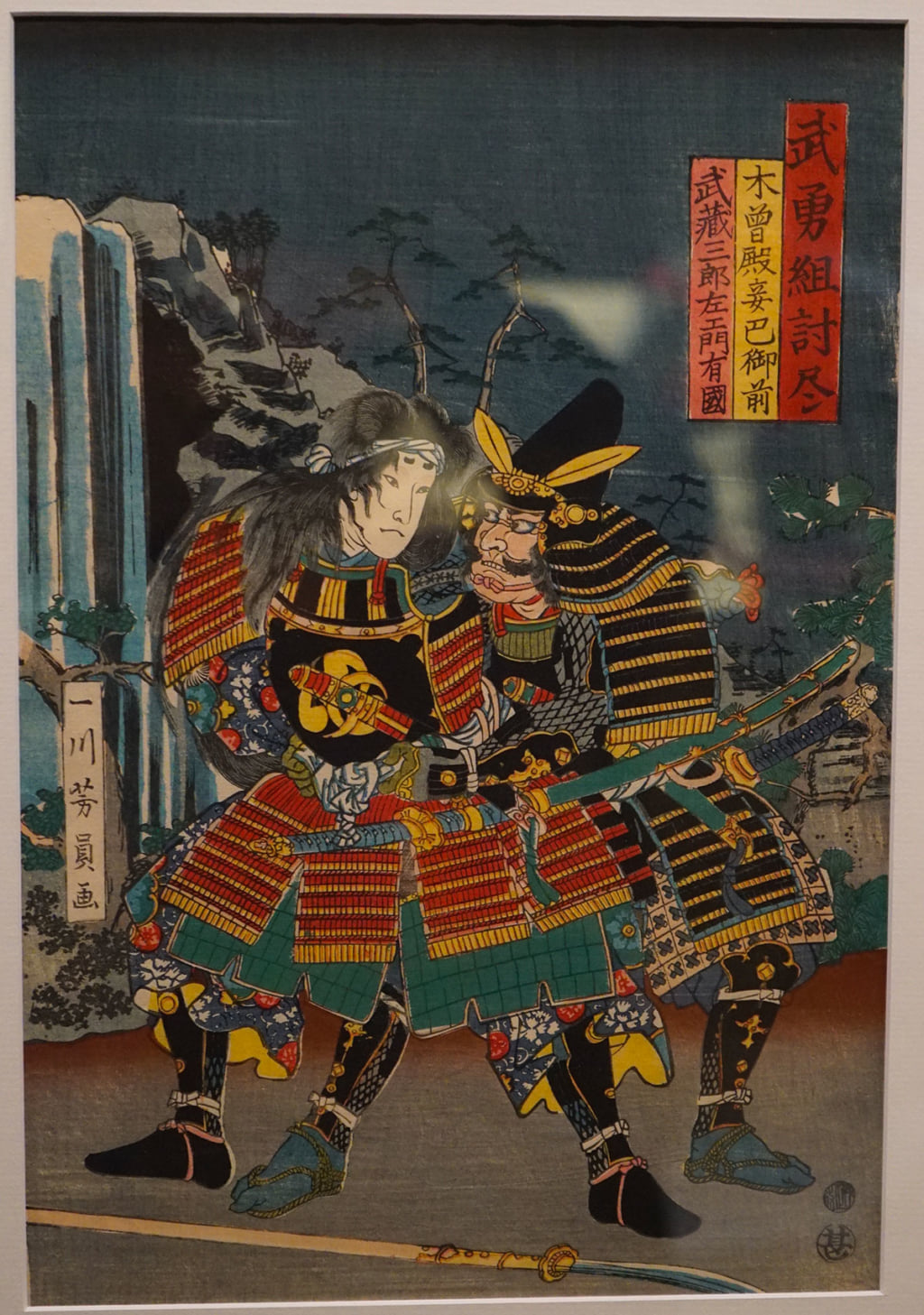 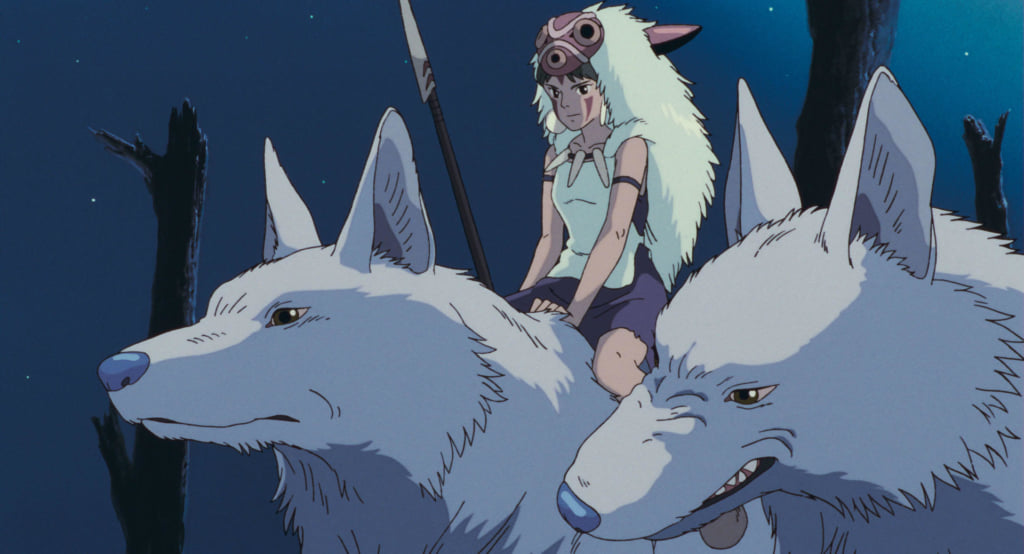 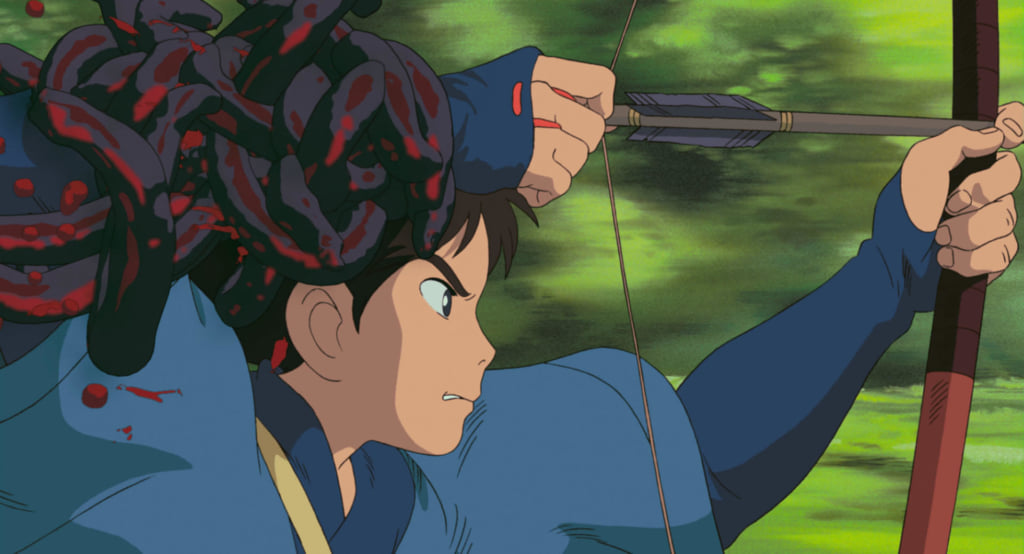 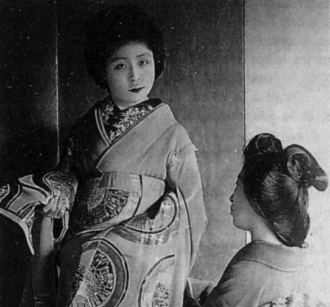