Ko Machida explores the absurd in this novel in which an idle samurai imagines the existence of an aggressive sect that then comes to life. 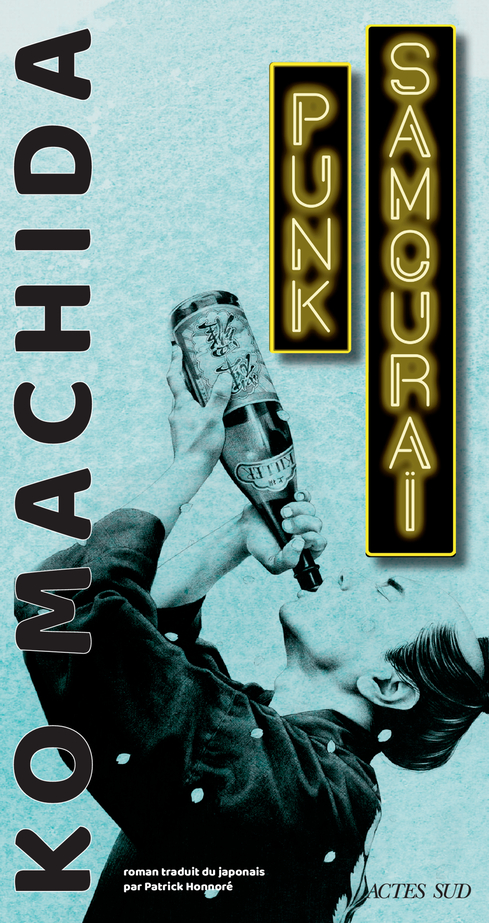 What lengths would we not be prepared to go to to save our own skin? Kakari Junoshin, an unemployed samurai who describes himself as a ‘wandering samurai from the former country of Sakushu’, kills a pilgrim with a sword for no reason. When spoken to by a serving samurai, he improvises an improbable tale: the old man was a member of a highly dangerous sect, the ‘Belly-shaking Party’, whose ultimate goal, he says, is to jeopardise the country’s social and political order. He has therefore bravely taken on the task of getting rid of them. Despite being far-fetched, this story successfully convinces the samurai, who introduces him to his master. In a feat of trickery, Kakari Junoshin is catapulted to the position of advisor to a closed-minded master with a view to developing a strategy to eradicate the members of this non-existent sect one by one.

With a writing style that is punchy and absurd, Ko Machida immerses the reader in this farce that could quickly go very wrong: it seems as if the characters imagined by the delusional Kakari Junoshin come to life and put their sinister plan into practice, namely achieving ‘salvation through the excretion of followers from the tapeworm world.’

Ko Machida is a Japanese author who was awarded the prestigious Akutagawa Prize, the Japanese equivalent of the Booker Prize, in 2000 for his book Charivari. Prior to embarking on a literary career, Ko Machida led different lives: as a punk rock singer in the band Machida Ko and the Glory, and as an actor alongside Béatrice Dalle in the film H Story, a variation on Alain Resnais’ film Hiroshima mon amour, directed by Nobuhiro Suwa.

Punk Samouraï (2021), a novel by Ko Machida, is published by Anthem Cosmopolis Writings.