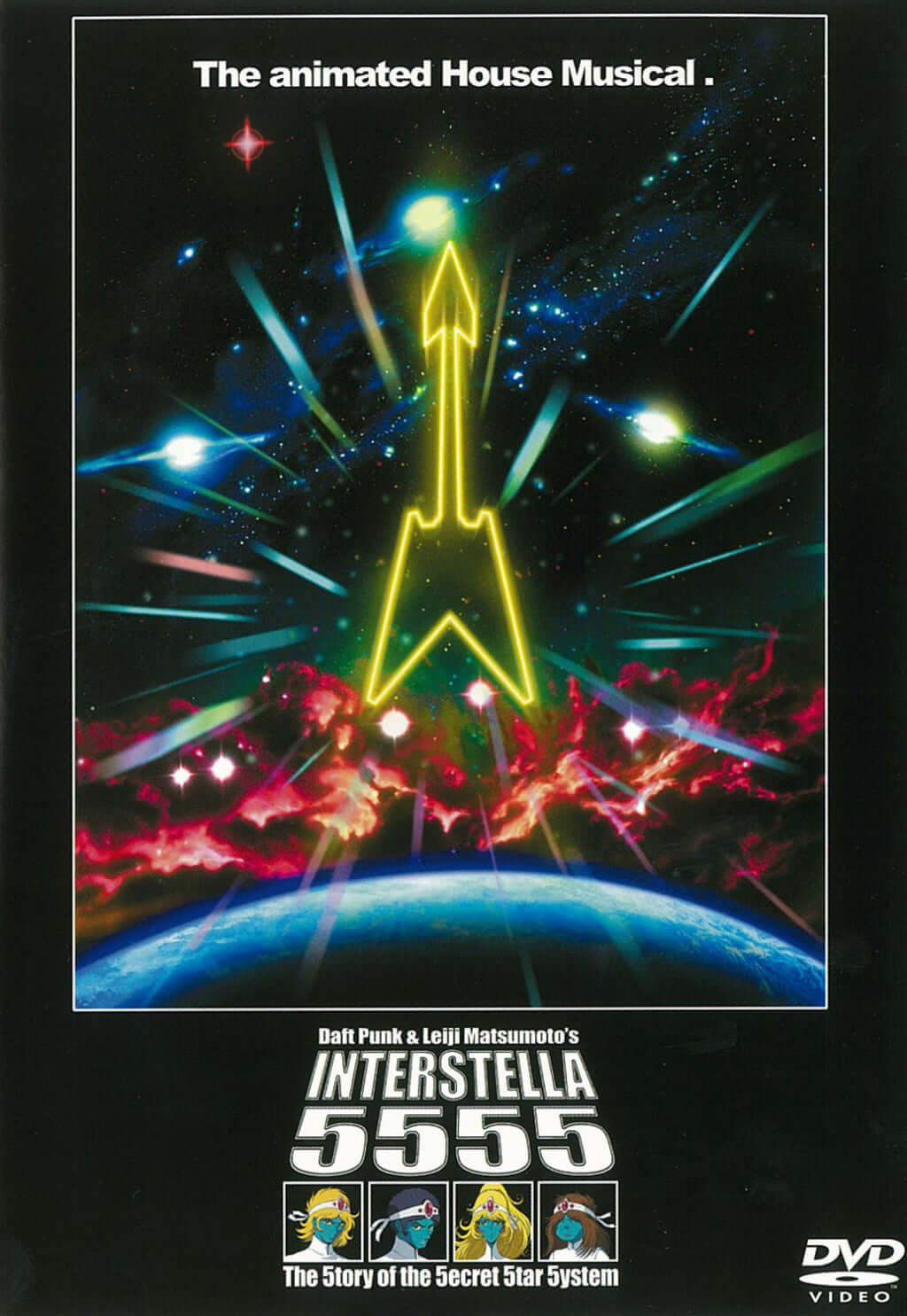 Born of the simple desire to create a collaboration between the legendary illustrator Leiji Matsumoto, best known for his creation Albator, and the new tracks from the Discovery album by the French group Daft Punk, Interstella 5555 emerged a decade and a half ago.

During the recording of the album the group decided to compose a feature-length film starring limousines and space ships, giving way to what clearly resembles a Space Opera. Bangalter and Guy Manuel flew out to Japan to pitch the idea to the illustrator, who had at this time fallen slightly into obscurity. They proposed a film in which a famous group of musicians would be kidnapped by a Machiavellian producer who would exploit them on Earth until a hero comes to save them on his guitar-shaped space ship. It was a cult hit before it even came out.

Quickly a deal came to fruition with Matsumoto’s collaborator, the Albator producer Shinji Shimizu from Toei Animation (also behind Goldorak.) Four million dollars and 28 months later, Interstella 5555 emerged like ‘a childhood dream come true’, according to a press release dating back to April 28 2003. Fifteen years later, this dream come true is still finding new fans, and will soon be hitting cinemas, the opportunity to catch it One More Time.