The work of Cecile Laly and photographer Mami Kiyoshi showcases the last remaining artisans of a practice that dates from the 8th century. 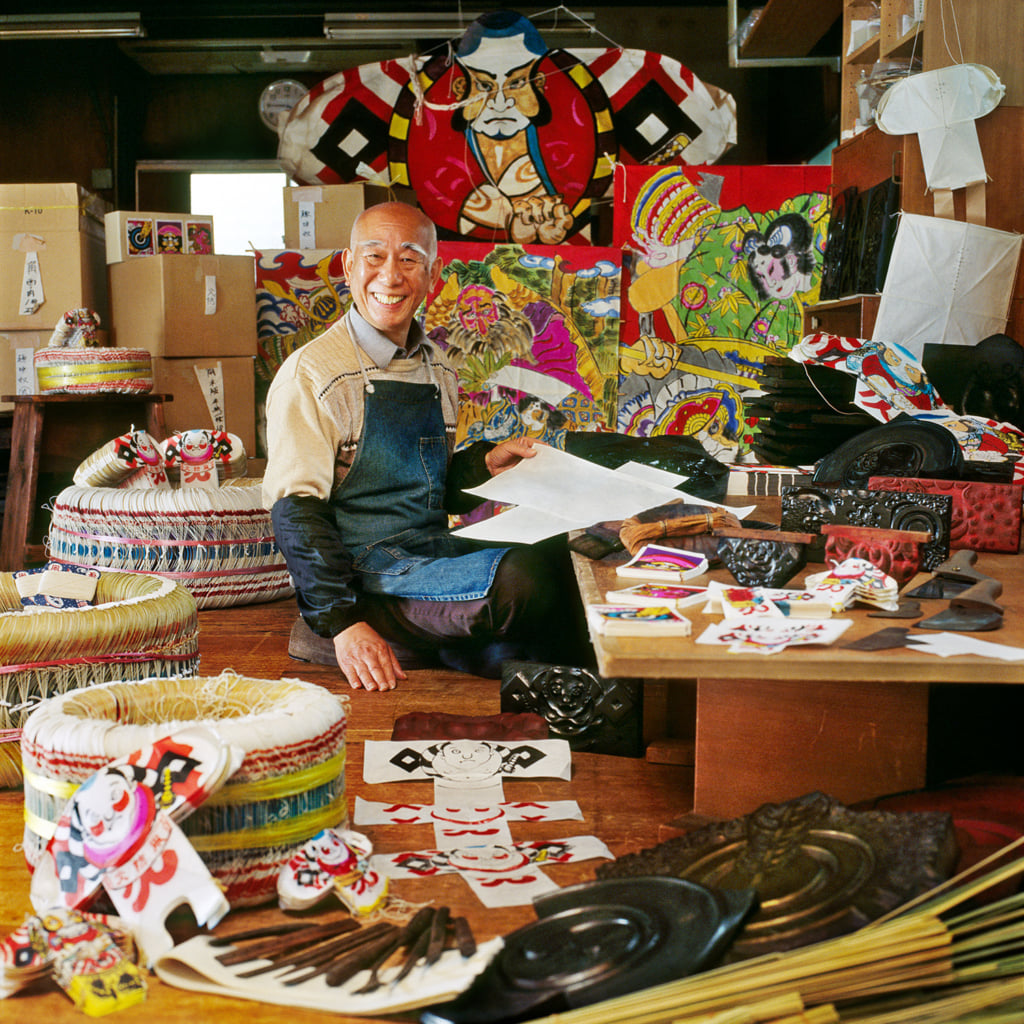 Formed by combining the terms dako (kite) and wa (Japanese), the title of the series WADAKO – Stories of Japanese Kites reveals the players in this discipline that occupies a special place in Japanese society.

Mami Kiyoshi is a photographer who trained at Musashino Art University and whose work is frequently exhibited in France, and in this series created in 2018, she captures kite makers and those around them in their workshops. There are now only around fifteen of these passionate individuals left compared to several hundred at the start of the last century, and they are devoted to preserving the practice and the codes and conventions associated with it.

In Japan, kites are anchored to territories, identities. Thus, as the text accompanying the series explains, the term tako, meaning ‘octopus’, is used in Tokyo to refer to the object, while in Kyoto it is ika, which means ‘squid’. This aerodyne is thought to have first appeared in the 8th century, when it was imported from islands in south-eastern Asia via China and Korea. Its golden age, however, was more recent, between the Edo period (1603-1868) and the first half of the 20th century.

As Cecile Laly explains in the book Du ciel au musée. Activités des amateurs de cerfs-volants dans le Japon des années 1960-70 (‘From the Sky to the Museum: Activities of Kite Enthusiasts in Japan from 1960-70’), the Second World War marked a turning point. During this period, ‘washi, or Japanese paper, a material needed to make kites, was more difficult to come by’. Moreover, some manufacturers and suppliers had to participate in the war effort or fight in person. After the war, Japanese society experienced a profound evolution, synonymous with the westernisation of leisure activities, while urbanisation also limited the practice of this activity.

Works of art appropriated by families

The series WADAKO – Stories of Japanese Kites presents encounters with artisans, reveals their personal stories and offers a glimpse into their private life. In Hamamatsu, Shizuoka prefecture, a city that holds an important kite festival that celebrates the birth of children, the audience discovers a father and son at work. Here, ‘families order kites bearing the image of their district, then the name of their child is displayed in the bottom left and the family’s emblem in the top right. In the Itō-san-chi-no-tako-kōbō workshop, they make a kite named yoko-ten’.

A tradition based on intergenerational exchanges, kites are made from paper and bamboo, while moving beyond the simple artisanal dimension due to the iconography associated with them. ‘People recognise the high quality of the decoration, so they sometimes even buy the kite painting alone (without the framework) to hang on the wall, like a painting or engraving.’

In Kita-Kyushu, Fukuoka prefecture, photographs offer a glimpse into the universe of the Magoji workshop, run by Yoshihiro Takeuchi and his daughter Azusa. The business was founded by the former’s grandfather. This workshop has the distinctive characteristic of seeing its organisation remain identical as generations pass, namely with a man in charge of the bamboo and the framework, while a woman is responsible for painting the adornments. Out of all the motifs produced, the mascot for the Magoji workshop is the cicada.

Another portrait shows Takashi Ono in his workshop, Ono-shō-tako-ten, located in Edogawa-ku in Tokyo prefecture. Here, family heritage is illustrated in the knives placed on the table in the foreground. Takashi Ono’s grandfather, Shoji Ono, grew up in a family that worked in katsuobushi (a bonito mixture) production, and used these knives with a curved blade to engrave the wooden boards used to mass-print the decoration for his kites.

In WADAKO, Cecile Laly and Mami Kiyoshi combine research, documentary and photography and pay homage to these individuals, immortalising their eternal stories and practices.

Among the different projects undertaken by Mami Kiyoshi, the series New Readings Portraits, began in 2003, creates a portrait of a society and reveals its diversity through tales from people who responded to ads posted online or publicised through posters.

WADAKO – Stories of Japanese Kites (2018), a series of photographs by Mami Kiyoshi, can be found on her website. 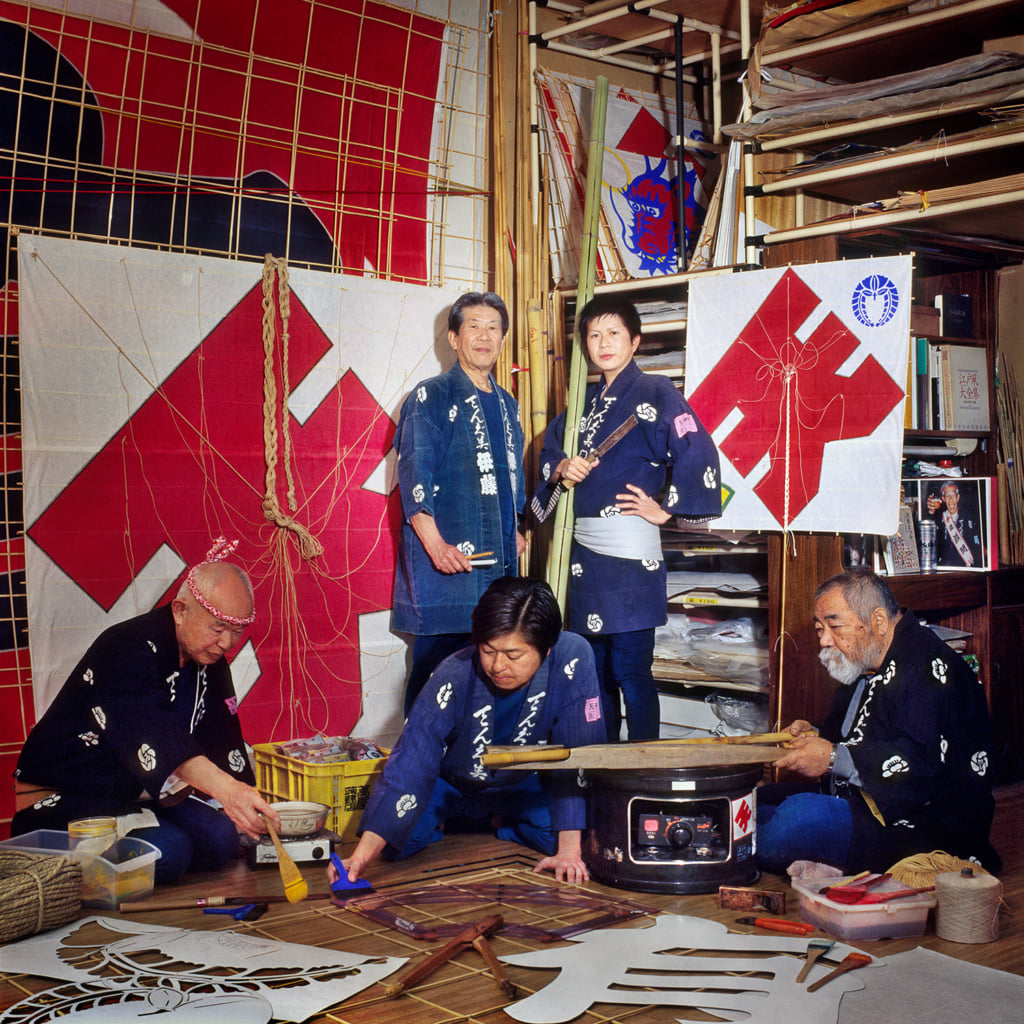 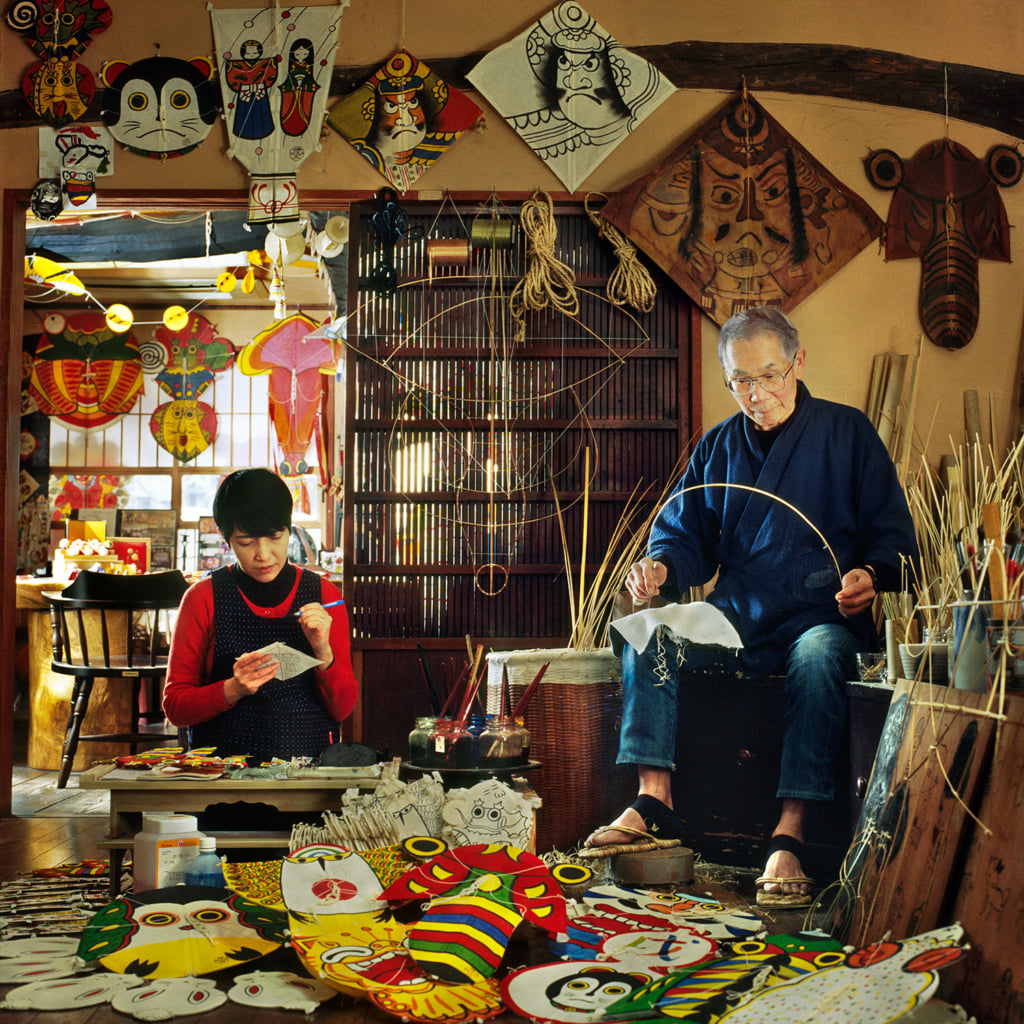 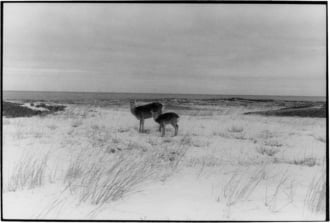 The Deer of Hokkaido, the Incarnation of a Wonderful World