Have you ever heard of the Dome, a sports car born in Kyoto? 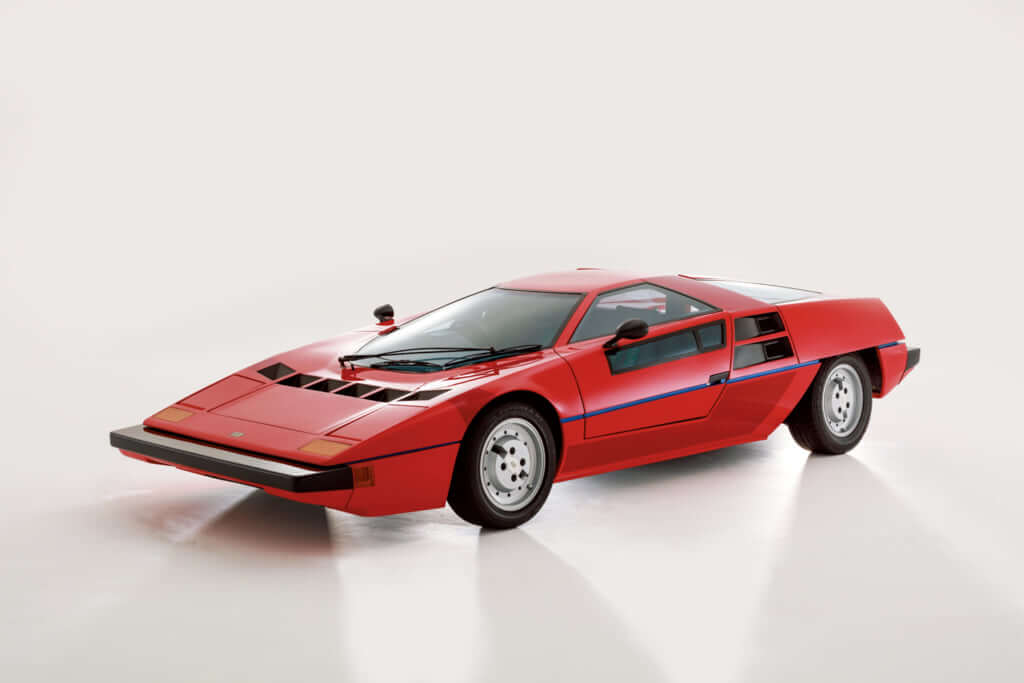 The oil crisis that resulted from the Yom Kippur War of 1973 completely changed the Japanese automobile industry overnight. The sports cars that were being developed by various car manufacturers all had to go back to the drawing board, and the companies quit the racing world one after another. At the same time, though, that change spurred new buds to blossom.

In 1975, the ‘first birthing cries’ of the new constructor known as the Dome were heard in Kyoto. Put in charge of its development was Minoru Hayashi, who had first made his appearance in the world of racing car production in 1965 with the Karasu, a souped-up version of the Honda S600. While he had to give up the idea of using the Karasu for race car driving because of insufficient funds, he found it hard to suppress his urge to design automobiles, so he turned his attention to developing sports cars that could be driven in public thoroughfares.

Compared with racing cars, stock cars designed for the general market can expect to sell better and gain more cooperation [for their development]. Not only that: if a particular stock car does well commercially, the profits gained therefrom might be used for building racing cars in the future.

To create a successful car on a limited budget, starting with a constructor that had neither proven its performance nor boasted fame, Hayashi laid forth six basic concepts for the car at the outset of the project, as follows:

1. Impactful styling that would surprise everyone who saw the car.

2. A structure that would enable the car to be converted into a racing car with minimal adjustment.

4. The capacity for different engines to be installed.

5. Being a stock car that could be legally licensed in Japan.

6. Being the ‘world’s first’ or the ‘best in the world’ in something. 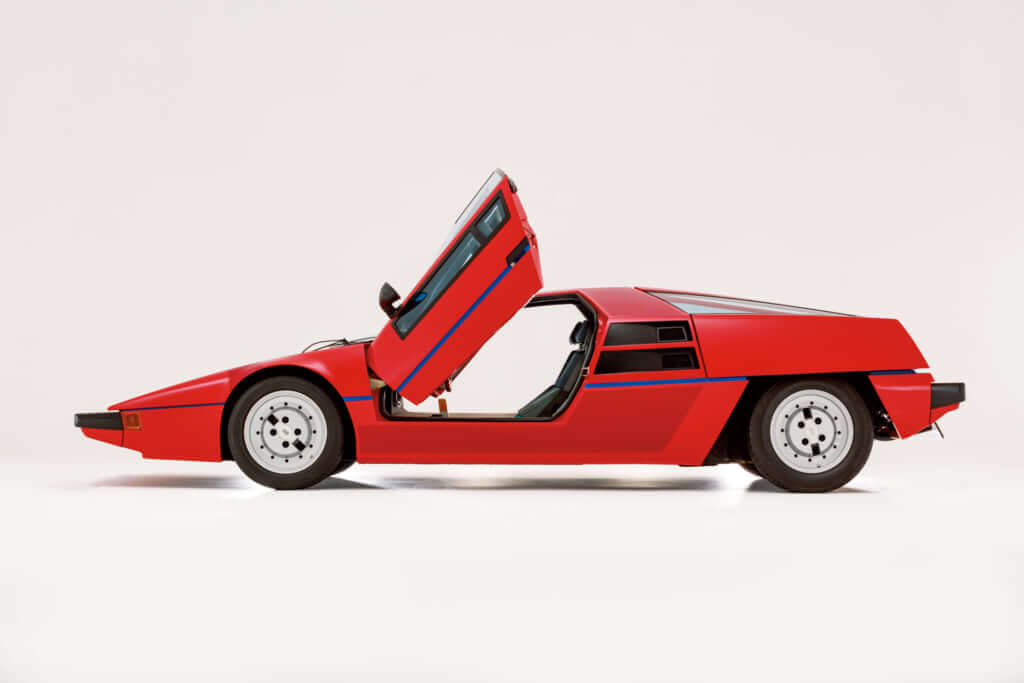 The team then decided to make the world’s lowest-riding sports car, with its height set at a mere 980mm, aiming for a world debut at the 1978 Geneva Motor Show. While it had been practically unheard of for a group of young men barely in their 30’s to appear out of the blue and design a car to be displayed at a foreign motor show, that was precisely Hayashi’s aim.

The curtain was raised at the 48th Geneva Motor Show on March 1, 1978. When the Dome Zero was unveiled in one corner of the exhibition site, amidst a plethora of more famous models, numerous people—both the media and ordinary citizens—pressed forward to get a look. From that point forward, news about the Mazda Dome spread around the world, electrifying people’s imaginations.

Although there regrettably were no statements released along the lines of  ‘several hundred units have been sold’ or ‘someone has stepped forward to buy the manufacturing rights’, the design team, upon their return to Japan, was greeted with an unexpected bit of news that ended up saving them: namely, the commercialization of the Dome as a radio-controlled car, a hobby that was experiencing a boom in Japan at the time. Not only that: the radio-controlled Dome ended up being a huge hit, and that brought in royalties to the tune of JPY300 million (USD1.25 million at the rate of USD1=JPY240), a big sum at that time. Even if the design team had successfully been able to start producing the Zero, as they had originally wished, it would have probably been impossible for them to earn JPY300 million in profits. In that sense, it is not be an exaggeration to say that the Dome Zero is ‘the world’s only sports car to have earned prodigious revenues without having sold even a single model’. 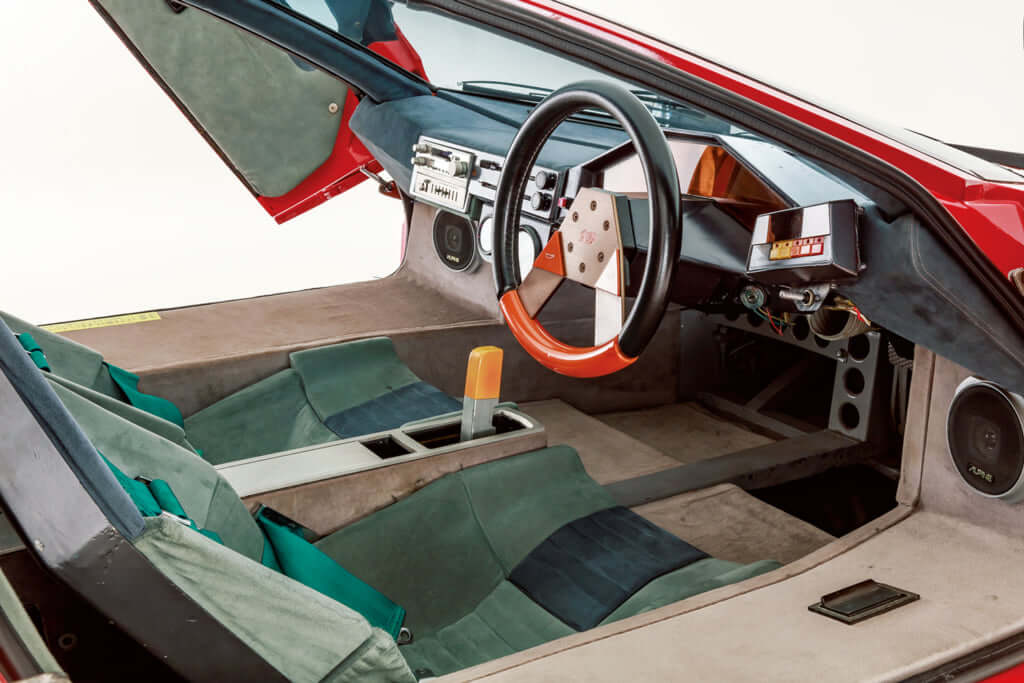 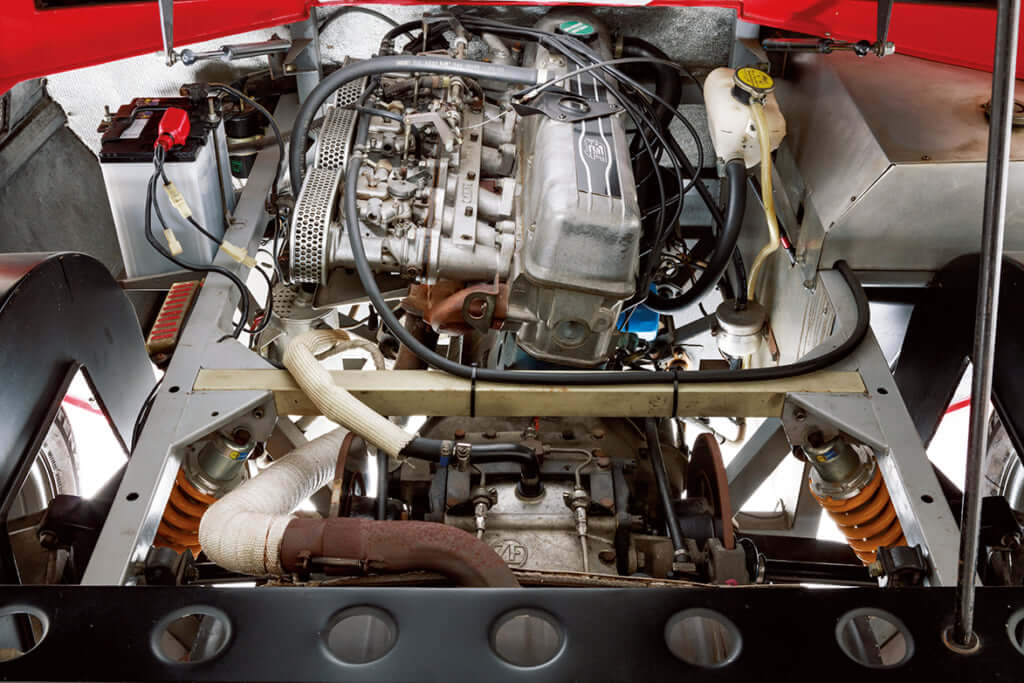 At the outset, efforts were concentrated on getting type certification for the car domestically, but no one in the Japanese Ministry of Transport would have anything to do with it, frustrating those plans. Then, an old friend of Hayashi’s—the car designer, Masahiko Kaneko, who was living in California at the time—suggested that certification first be made of the model in the United States, after which it could be marketed.

In that way, the Dome P-2 was developed in 1979 to meet the desires of a certain toy manufacturer, while maintaining the same style as the Zero. In line with U.S.Federal Motor-Vehicle Safety Standards (FMVSS), though, the positions of the bumpers and headlights were raised, so it virtually represented a complete redesign, without any commonality between the old one and new one, aside from the tail lens and the wheels.

“Looking back on them now, the designs of both the Zero and P-2 were quite childish. If asked why I made them that way, however, I would have to answer, ‘to show off.’ As far as that point is concerned, the car did fulfill that purpose. The only way a car with such a shape could ever come into existence would be if we totally ignored such things as comfort or practicality.”

Actually, around that time, and simultaneously with the development of the P-2, a toy manufacturer had been urging Mazda to produce a Zero sports car. Hayashi jumped at the chance, creating a machine that would meet all the conditions of becoming a full-fledged Group 6 car (a motor racing classification). The Dome project was thus broadened to set the 24 Hours of Le Mans race as one of its goals.

“I used to think, beyond any doubt, that we discontinued the development of the P-2 because the Le Mans project had started, but a fresh look at the chronological timeline shows that both models were being advanced simultaneously. Since contracting work to the outside would be costly, we did everything on the Le Mans car in-house, including the paint job. Although we were able to wrap up all the work the Le Mans car in three and half months since initiating the design, I have no memory whatsoever of how such a feat was possible.” 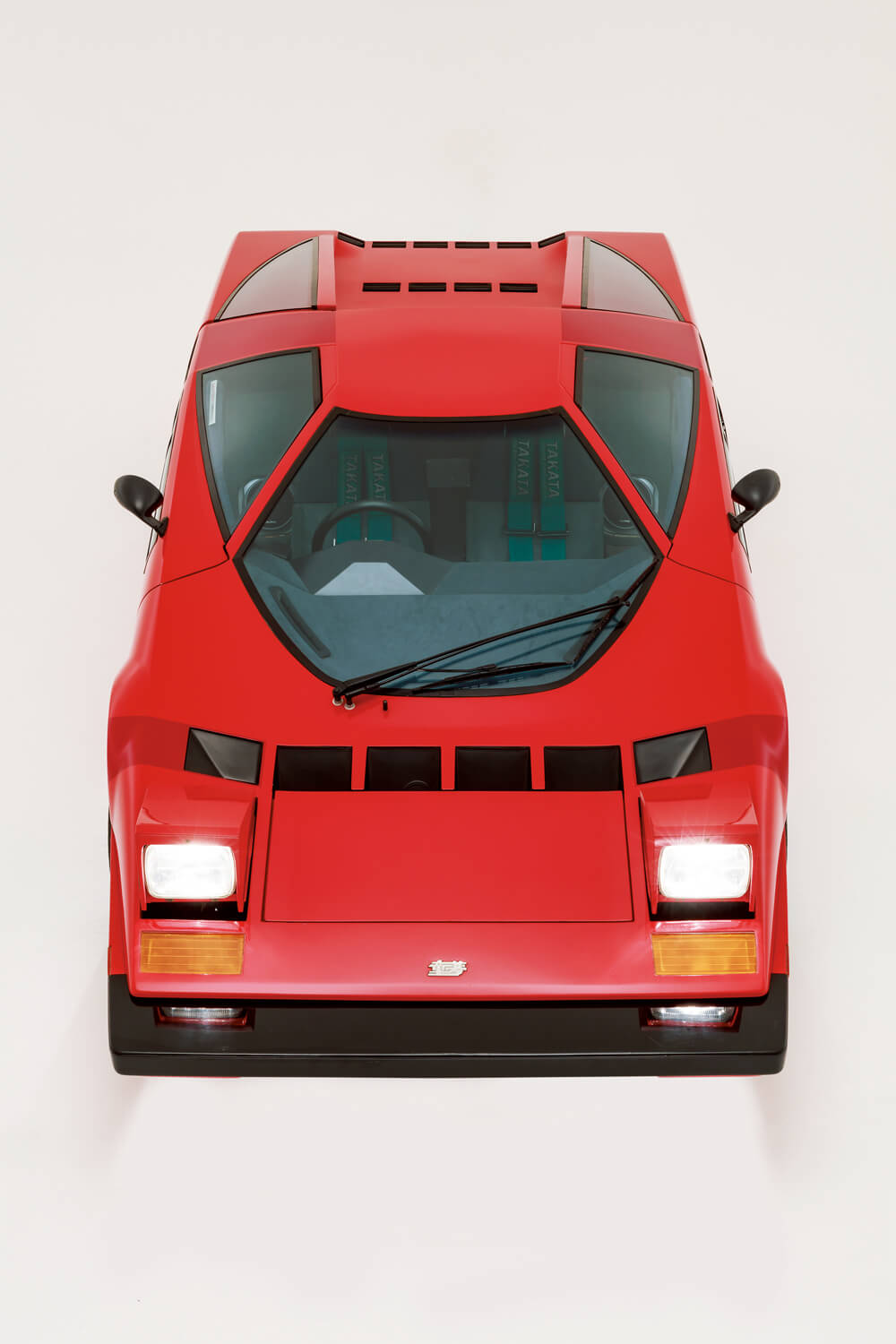 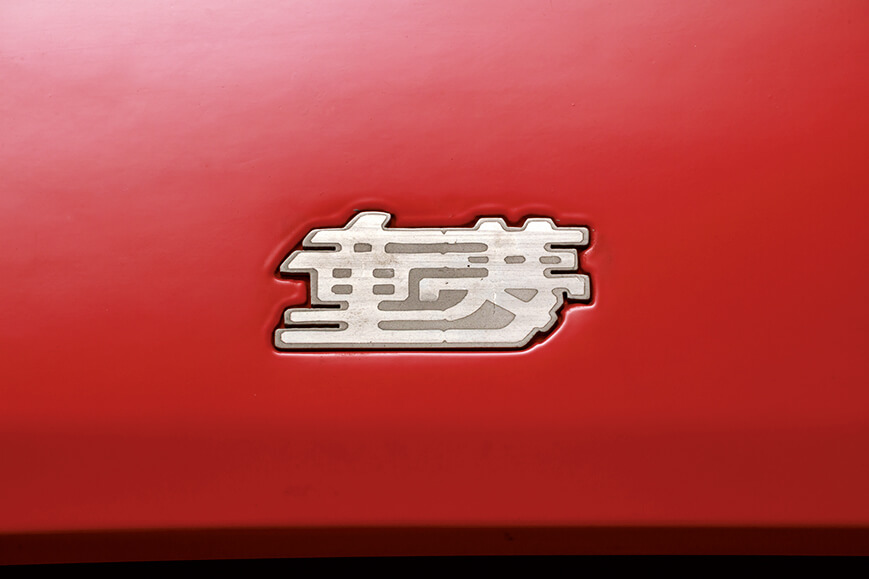 Eventually, the plan to get certification for the P-2 in North America fizzled out spontaneously, because of the excess of zeal being devoted to the project to develop the Le Mans car. Even so, thanks to the impact of the Zero and P-2, requests poured in from automobile manufacturers for design and development, which also enabled the management of the Dome to get smoothly on track. Hayashi’s long-cherished dream of building racing cars was thus resurrected.

“At that time, the only thing in my head was the idea of making cars, so I would rush to take advantage of any opportunity I got, no matter what the future consequences would be. I am still that way now as well, and the only answer that I can give is that once you start talking about things like definite goals or significance or profitability, then it’s better to stop in your tracks. So, for me, the only choice was to go ahead with the project, no matter if it was possible or not.”

Maintaining a project to build a racing car is akin to making a giant gamble. According to Hayashi, “Unless you’re incredibly lucky—just like having a winning streak at roulette ten times in a row—it’s an impossible task.” The jackpot struck by the Zero and P-2 designs served as the cornerstone for the Dome. 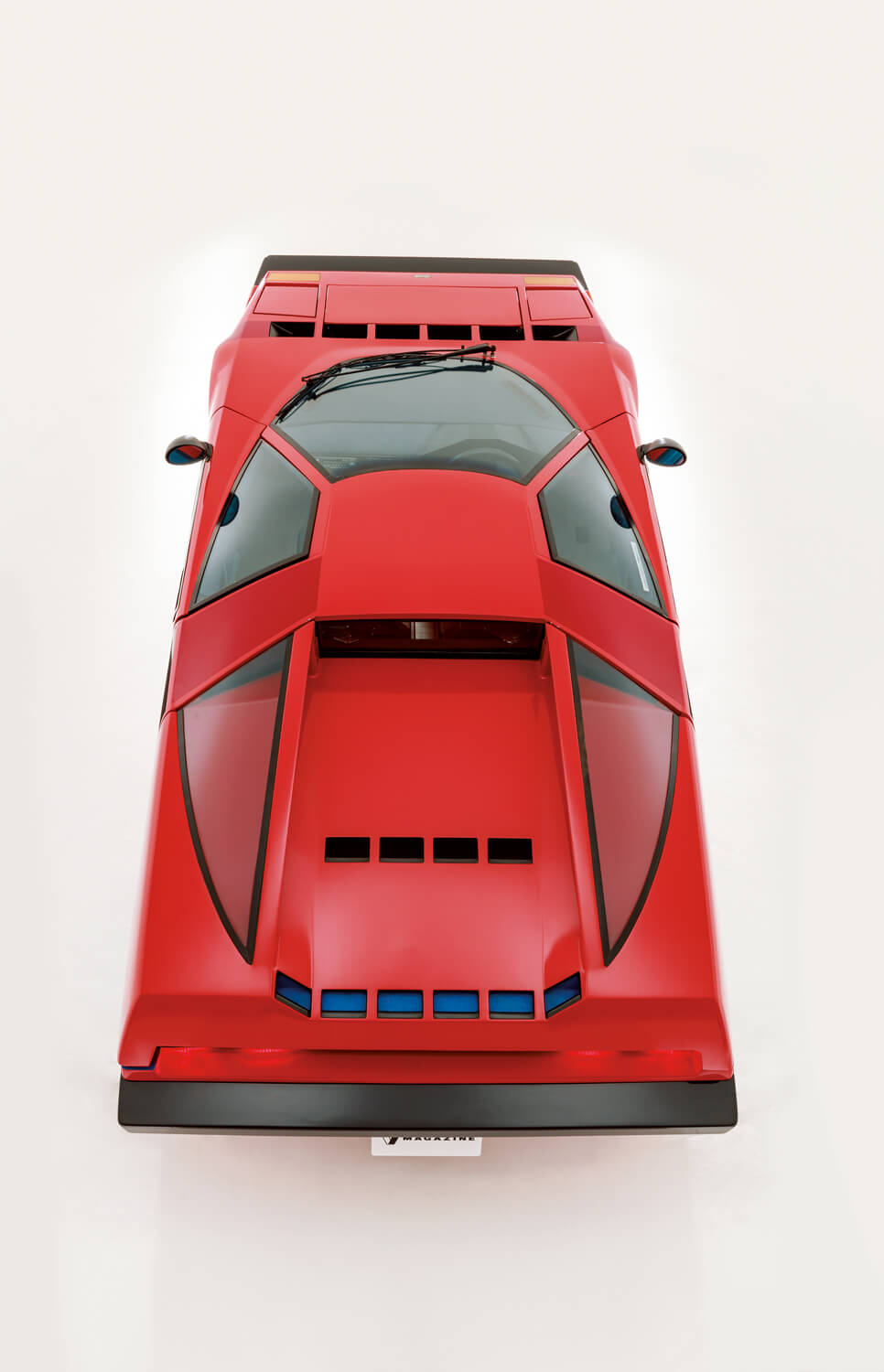 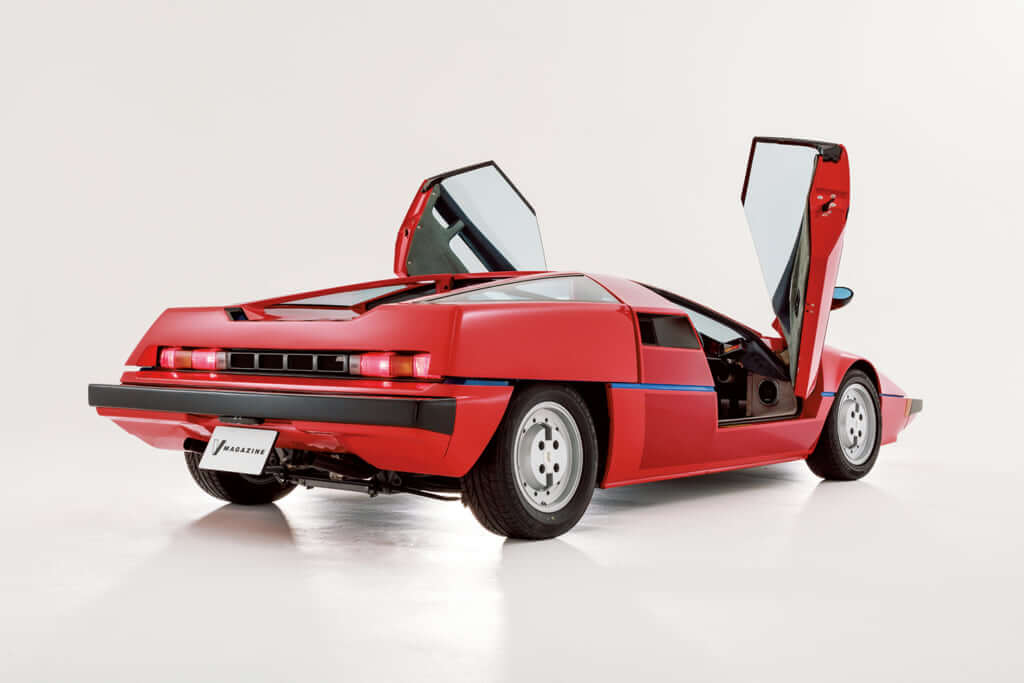 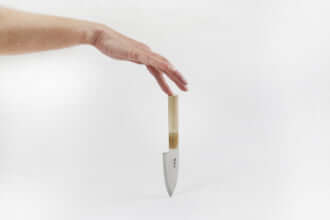 Mokuren, Japanese Knives that are Accessible to All