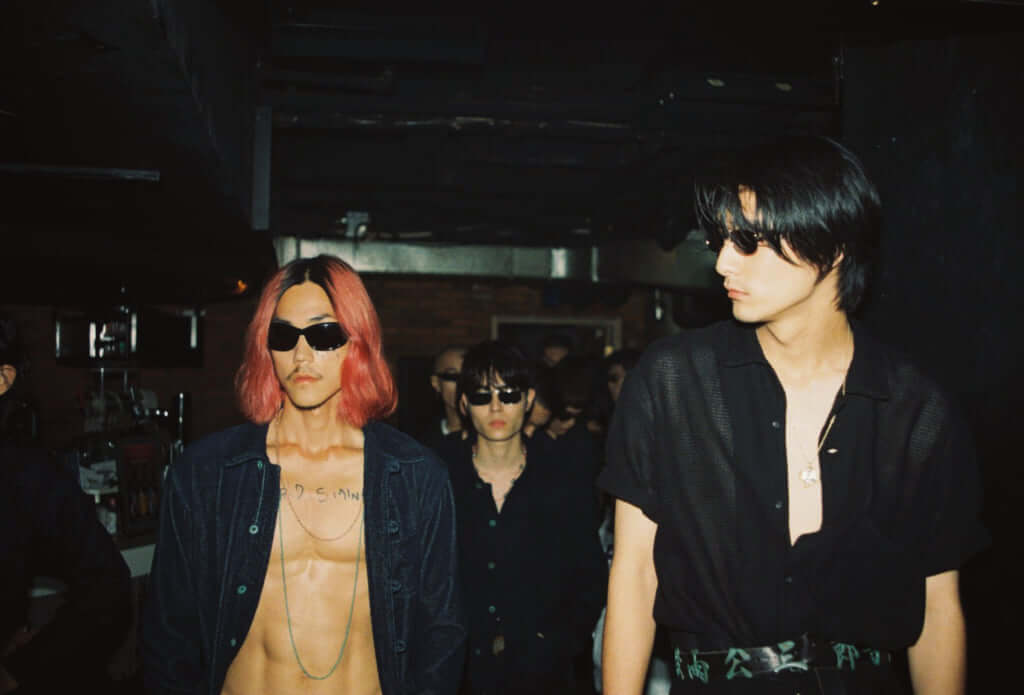 With his androgynous silhouettes that have redefined the contemporary male wardrobe Kozaburo Akasaka continues to enchant the fashion world season to season, inviting us into his rock-nostalgia world. We take a look at one of the most promising Japanese designers of his generation.

Having grown up in Tokyo, the designer set sail for Europe where he drew a lot of his inspiration for his future designs. It is here that you’ll find images of the subcultures of London and New York nightlife, one of the recurrent themes of Kozaburo’s collections. 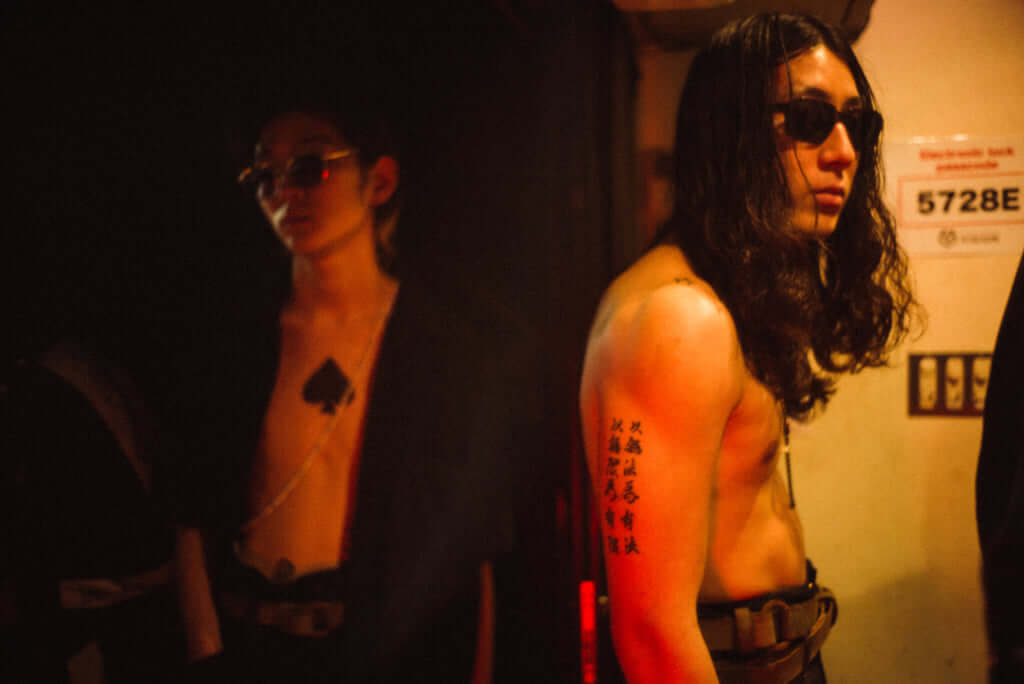 He studied at the iconic London fashion school Central Saint Martins and cut his teeth at the American design house Thom Browne in New York. Reputed for his theatrical runway shows and his unisex, highly conceptual designs, Thom Browne embodies an approach to fashion that veers towards art. While his creations are noteworthy for their exuberance, it is his love for quality clothing and material that Kozaburo took away.

What is striking about the collections created by the Japanese designer, is his self assurance and confidence in his work which translates into an aesthetic and visual identity that is particularly strong. For example, Kozaburo has been known to dress his male models in platform shoes or 10 centimetre heels, invoking the style of rock groups from the 90s such as the Sex Pistols or The Cure. These looks are also reminiscent of the sleek silhouettes found at Browne who has sent his models down the runway in stilts. 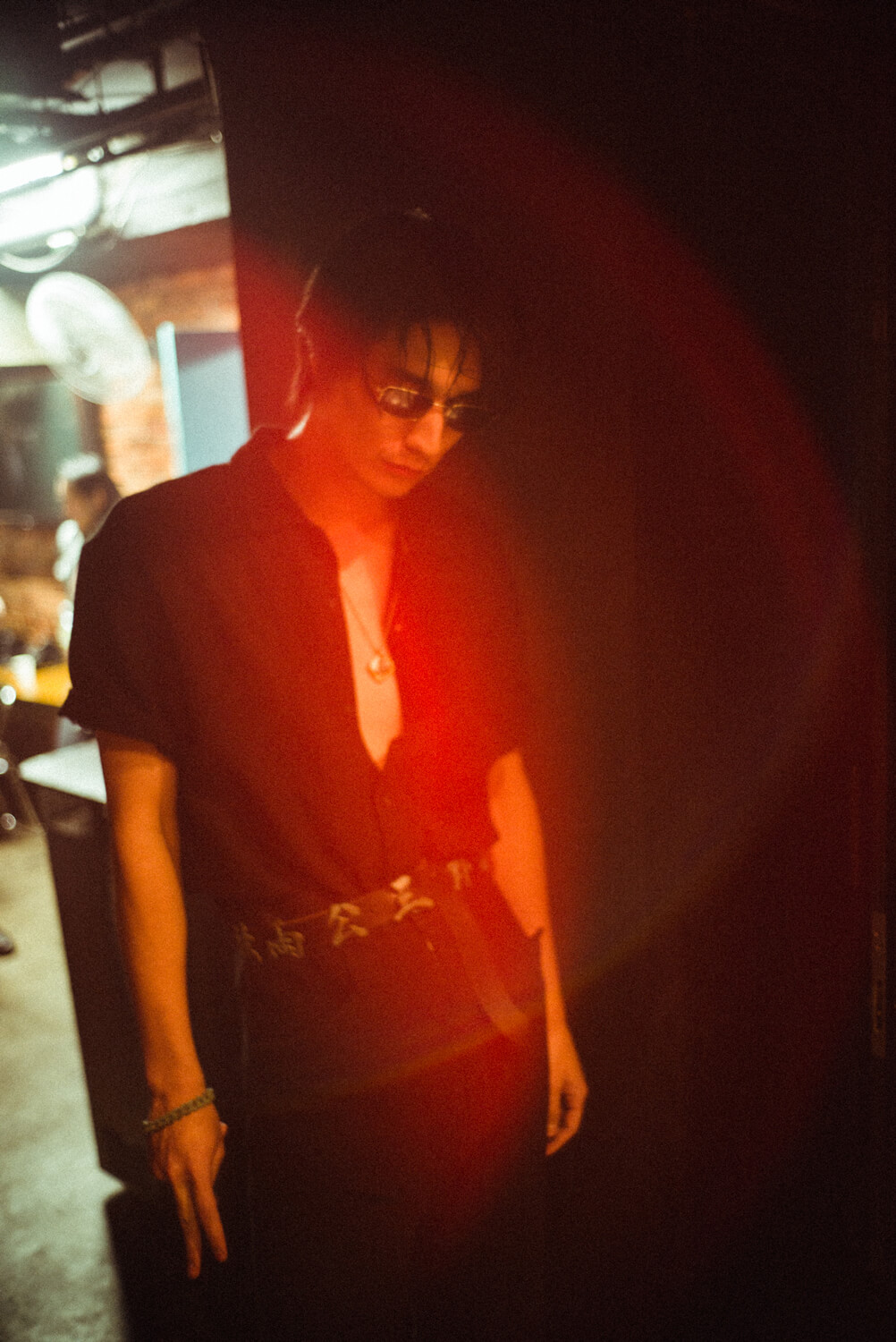 Self assurance, technique and a well defined aesthetic are three qualities which led him to win the prestigious LVMH prize in 2017, winning the jury prize in Paris. It was a real turning point for his career with the award affording him international visibility and considerable financial support which allowed him to launch his own label.

Since, Kozaburo has presented at Fashion Week in New York, developing more grunge silhouettes, highlighting one of the most important underground subcultures of the 90s. Thanks to his various shows, Kozaburo has given new life to a rock attitude, proving that it is a way of life that can evolve with time. 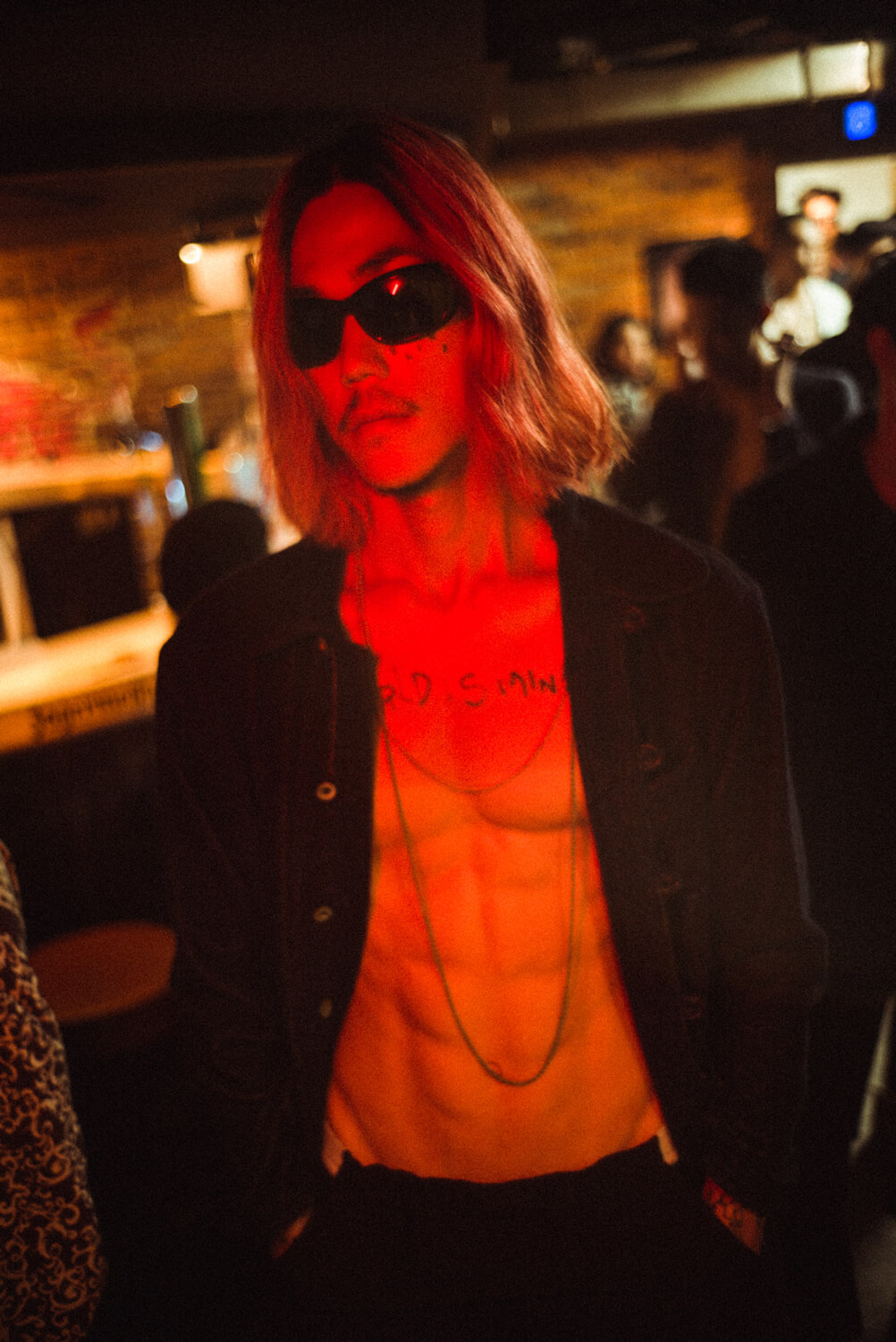 His savoir-faire inherited from a uniquely Japanese sensitivity towards clothing, combined with the exuberance of underground culture which he has frequented since moving to London and New York, gives way to a style which is both chic and grunge. His most recent runway show, featured leather trousers, jeans, t-shirts, leather high heel boots, high waisted trousers, white tank tops, chain necklaces and large zippers, all bathed in a red light reminiscent of 90s raves.

Rock culture isn’t just about fashion for Kozaburo Akasaka, it’s an attitude, and the designer reminds us again and again, season by season. 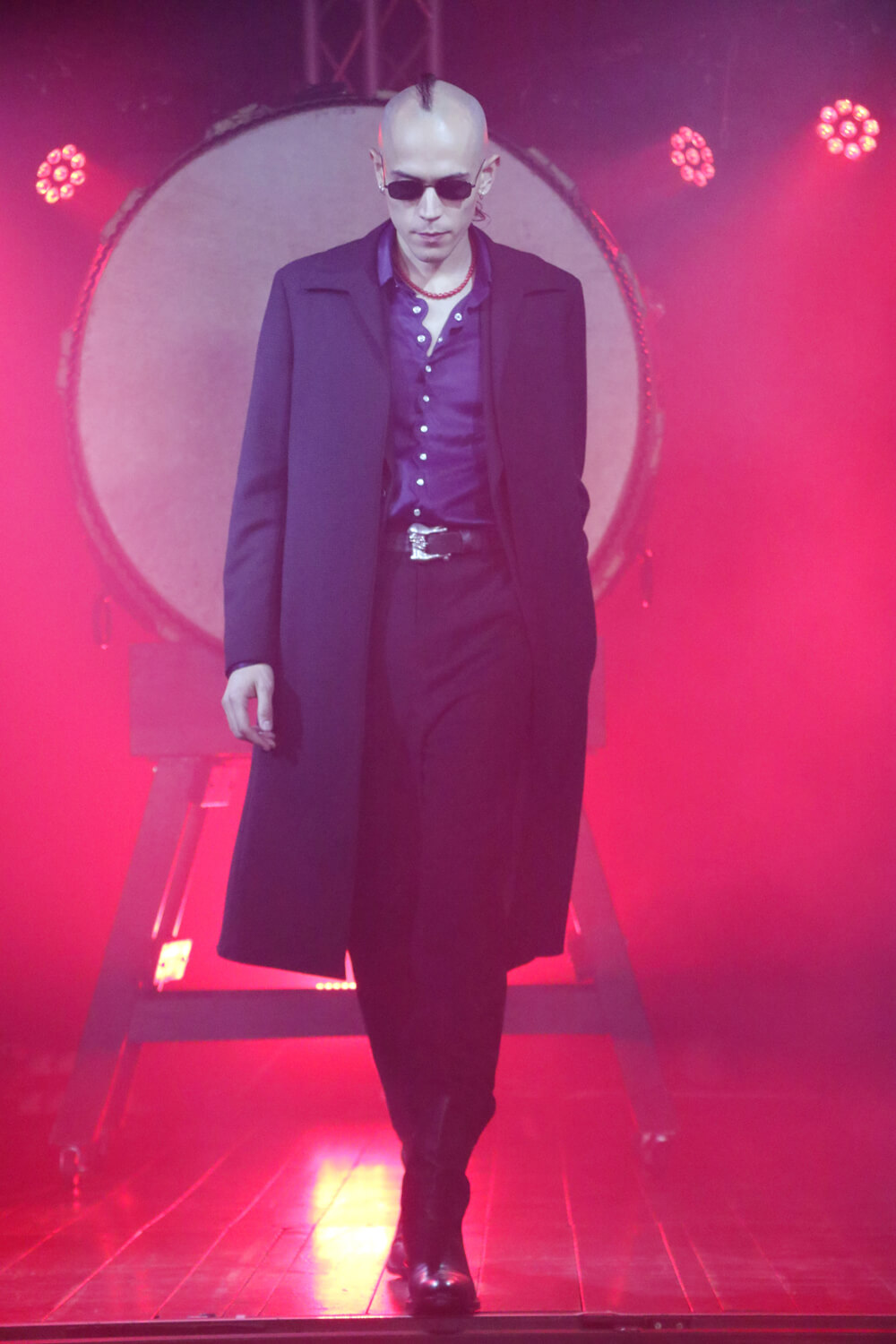 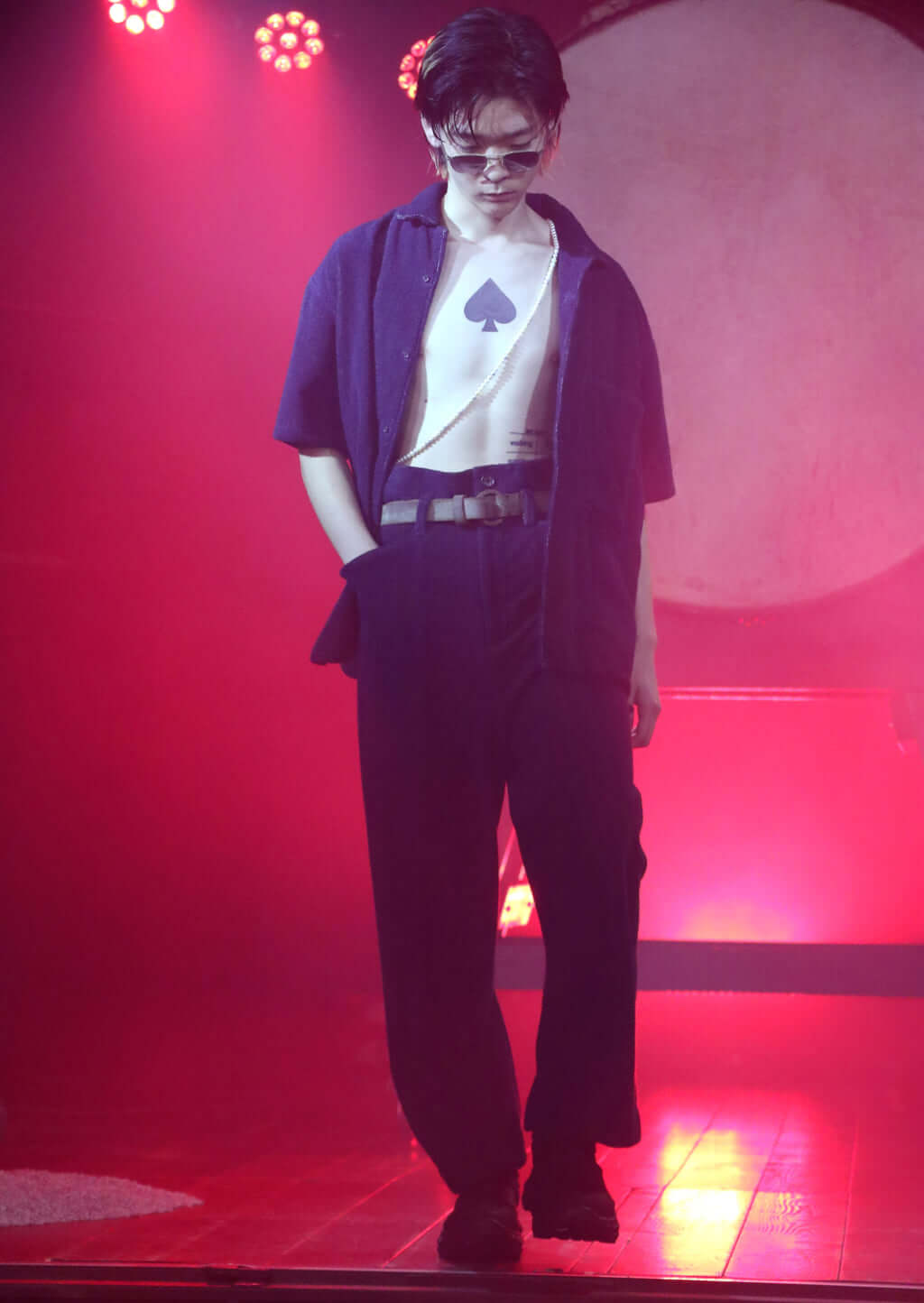