By appointing an iconic figure in streetwear as artistic director, the fashion house is giving itself a new lease of life. 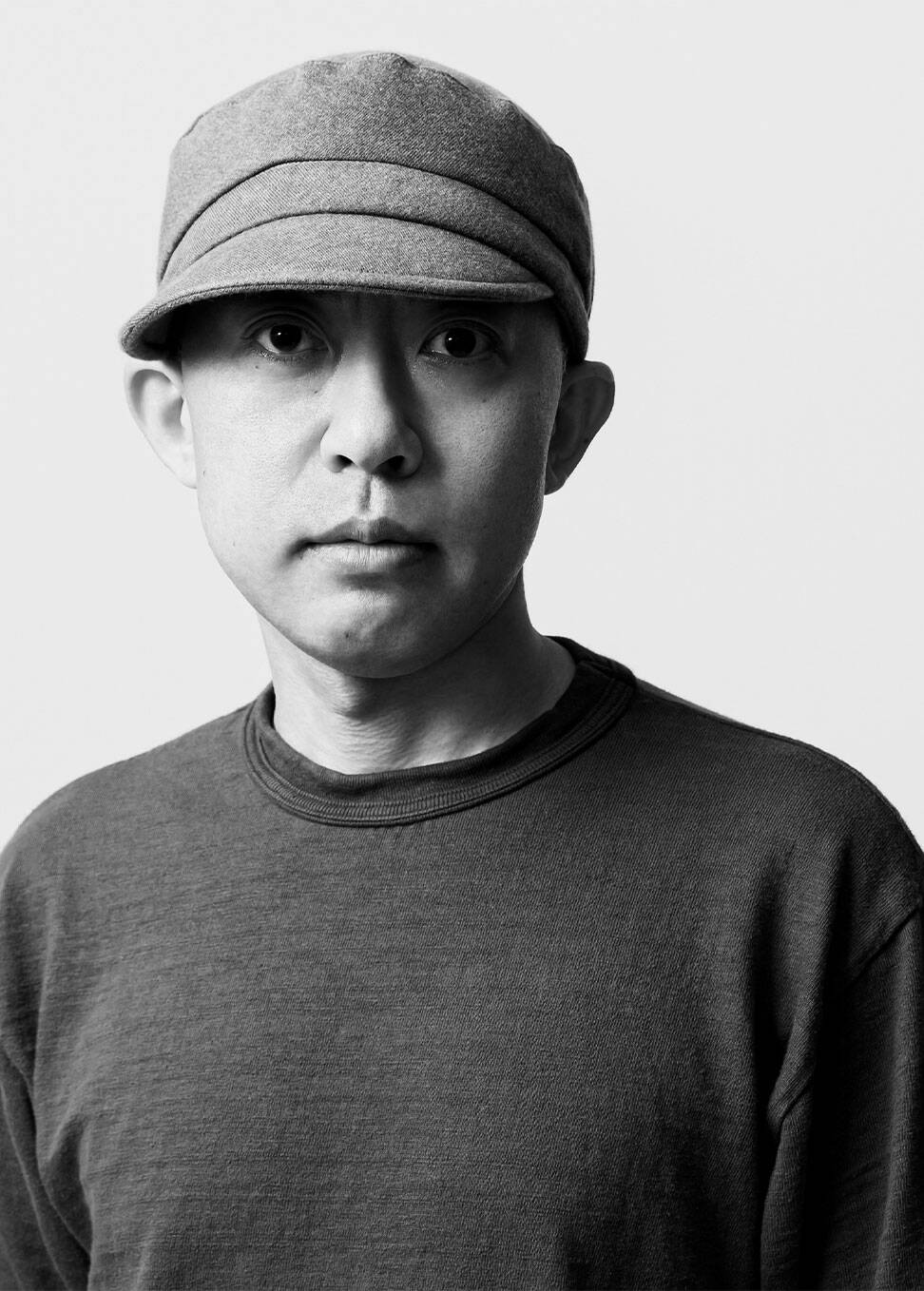 After two years working for the French luxury brand, Portuguese stylist Felipe Oliveira Baptista was replaced by Iapanese designer Nigo, real name Tomoaki Nagao, in September 2021. For the LVMH group that has owned Kenzo since 1993, this appointment is synonymous with renewal. ‘I am convinced that the creativity and innovation of Nigo as well as his attachment to the history of the House will fully express all the potential of Kenzo’, declared Sidney Toledano, CEO, on the official website.

Businessman, DJ, producer and now artistic director of the brand, Nigo is proving to be a worthy successor to its founder, Kenzo Takada —who passed away in 2020— by reconnecting with his roots. ‘I was born in the year that Takada Kenzo san opened his first store in Paris. We both graduated from the same fashion school in Tokyo. In 1993, the year that Kenzo joined the LVMH Group, I started my career in fashion’, he wrote on his Instagram account. After a varied 30-year career in street culture, the artist intends to rise to the challenge of reviving the fashion house and its expertise.

‘The Yves Saint Laurent of Streetwear’

Alongside new generations of highly sought after brands in the luxury sector, Kenzo needs to enhance its popularity. To win over this young clientele with strong purchasing power, Nigo wishes to remain true to the brand’s philosophy while drawing on bus experience in the current popular style, streetwear.

Over his career, the Japanese stylist has changed the global landscape of urban culture thanks to his modern vision and sensitivity to details. In 1993, the  entrepreneur founded A Bathing Ape ou Bape, a label that is extremely popular in the world of hip-hop. Virgil Abloh, former artistic director of Louis Vuitton, described him in Vogue as the ‘Yves Saint Laurent or Balenciaga of streetwear’. Through his work in both fashion and music, Nigo has built up a reputation thanks to various major collaborations (Kanye West, Supreme, Comme des Garçons…).

He unveiled his first collection for Kenzo, composed of unisex garments, at the end of Men’s Paris Fashion Week in January 2022. Entitled ‘Real to Wear’ (in a nod to ‘ready to wear’), this collection seeks to combine formal, sport and streetwear in one style of clothing that withstands the demands of real life. A runway presentation took place under the glass roof at the Galerie Vivienne, a historic location for the brand where Kenzo Takada opened his first boutique in 1970. 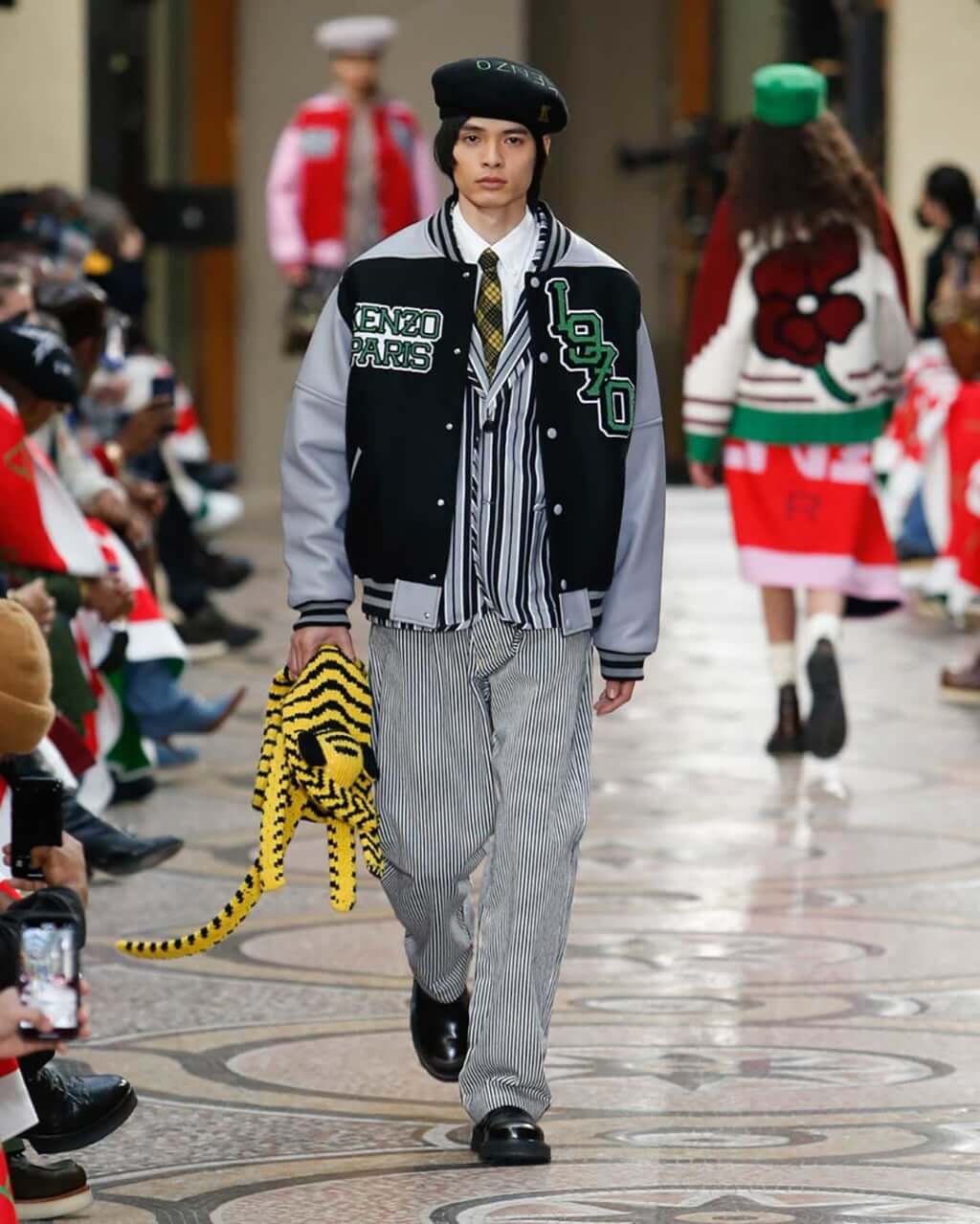 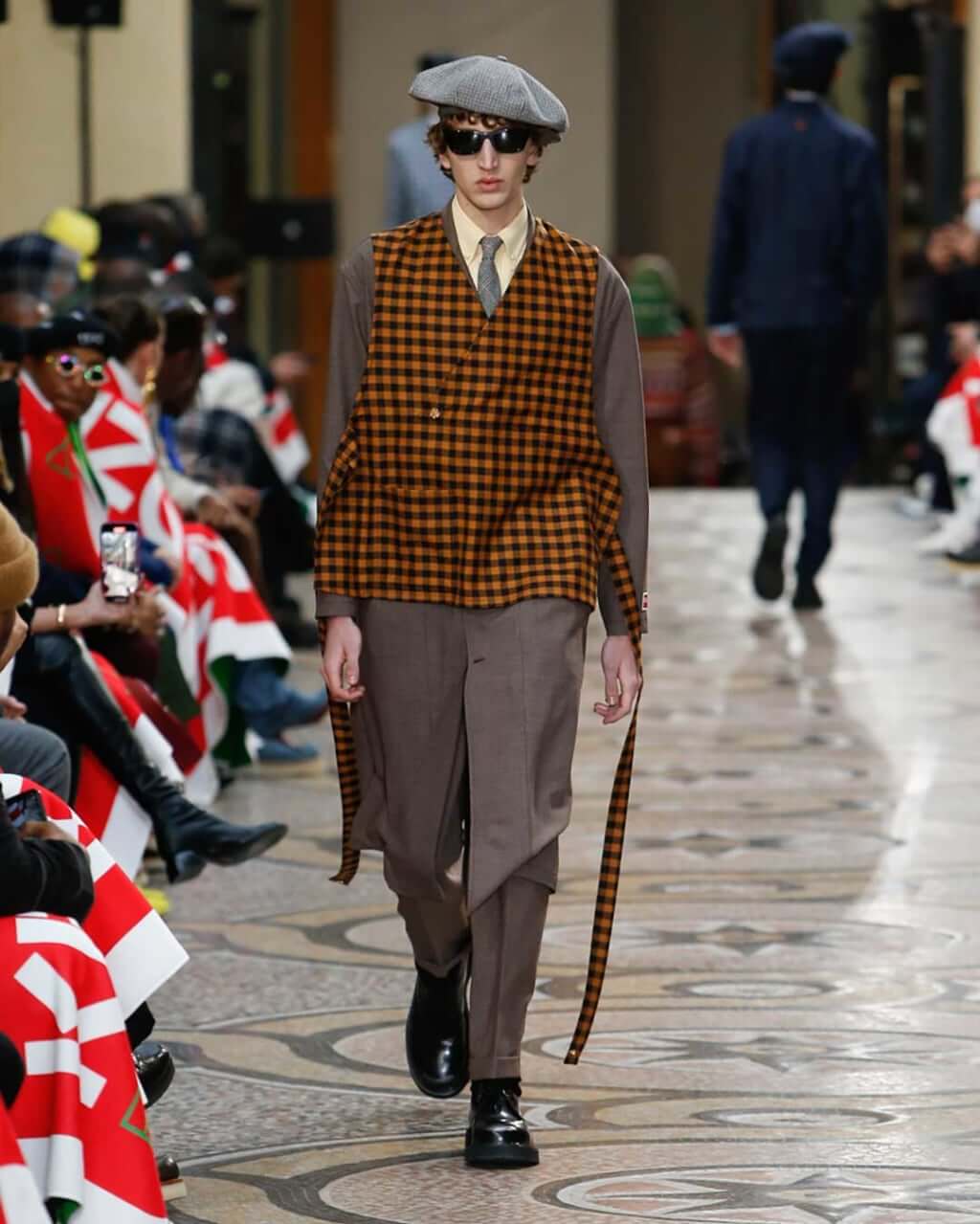 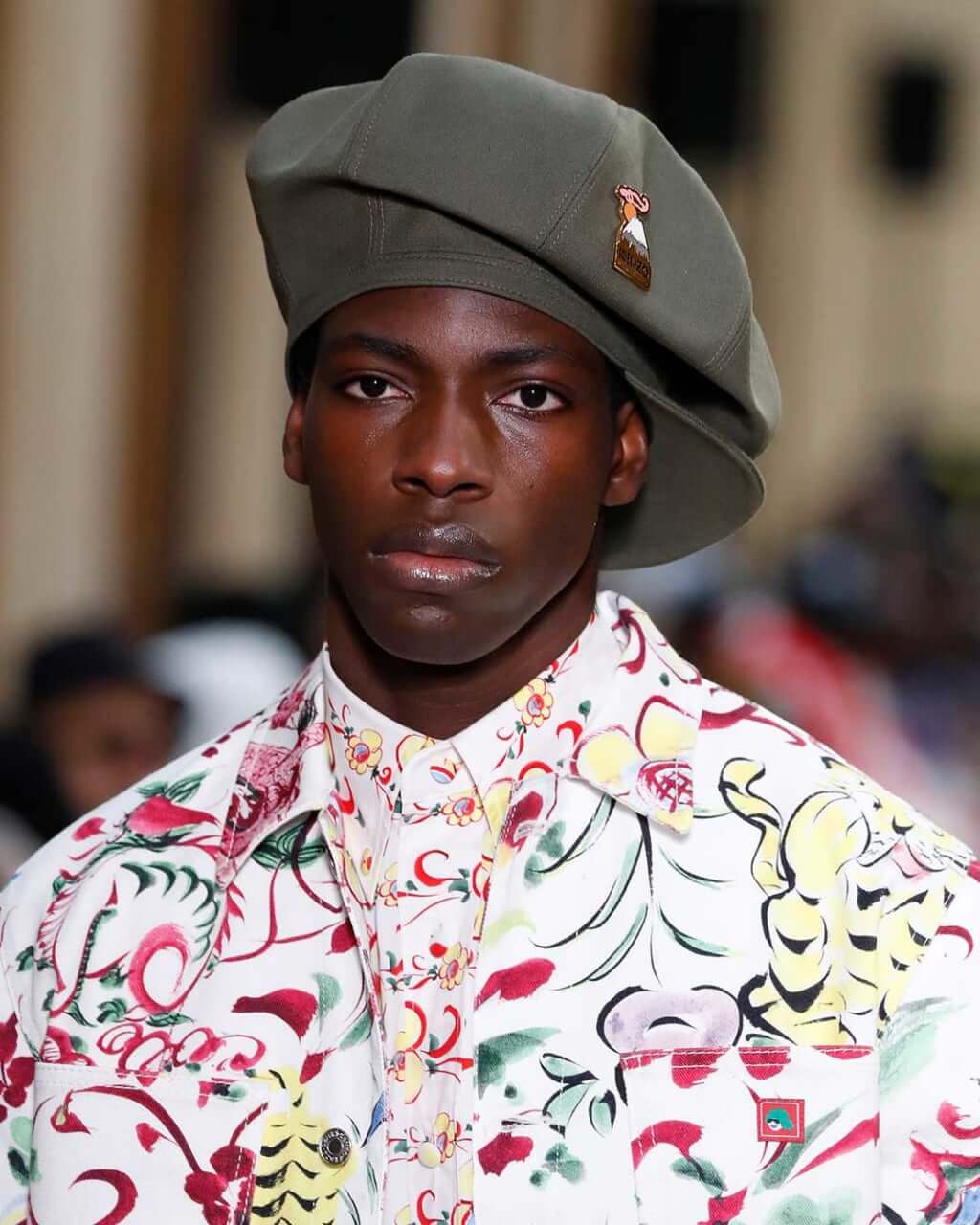 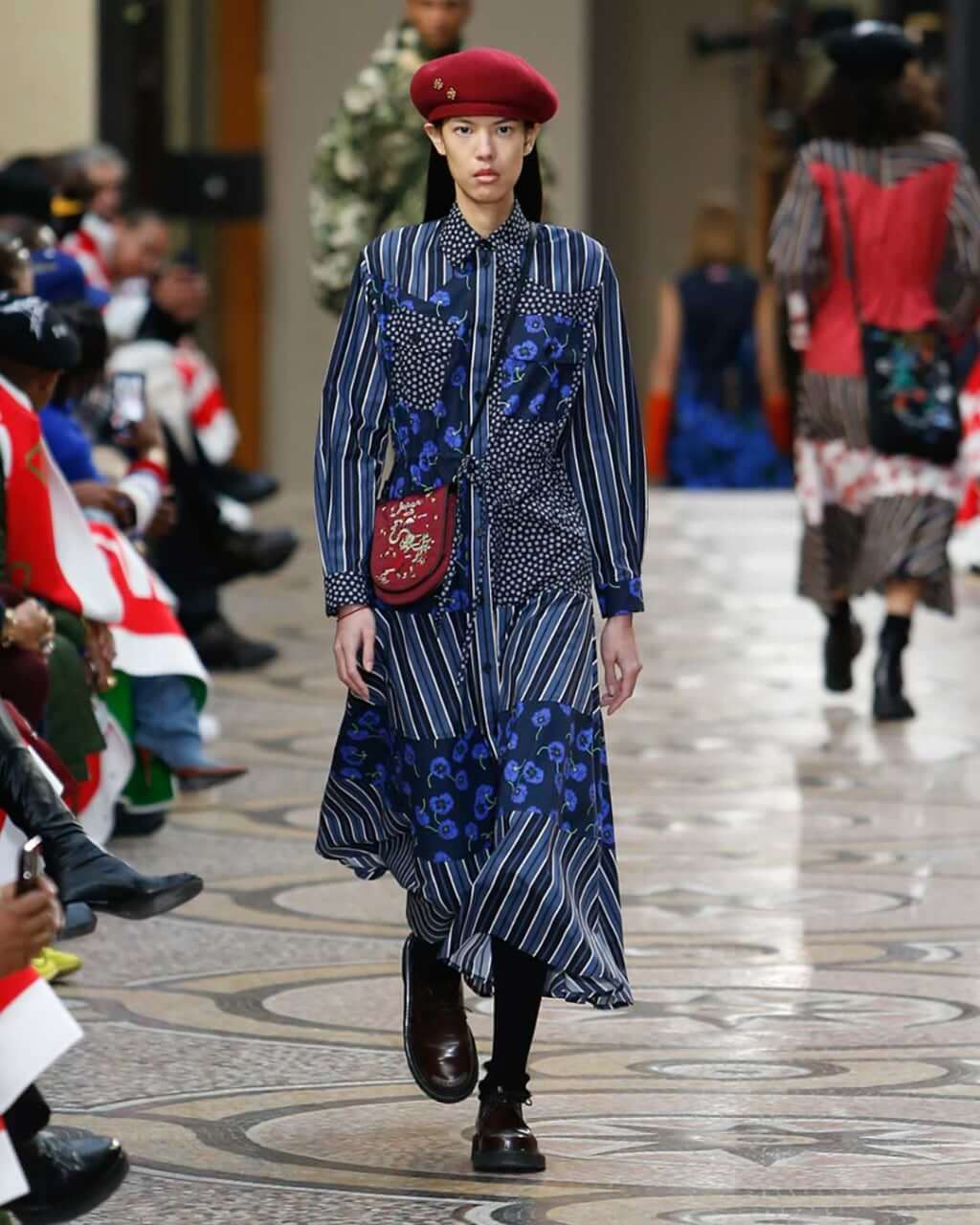