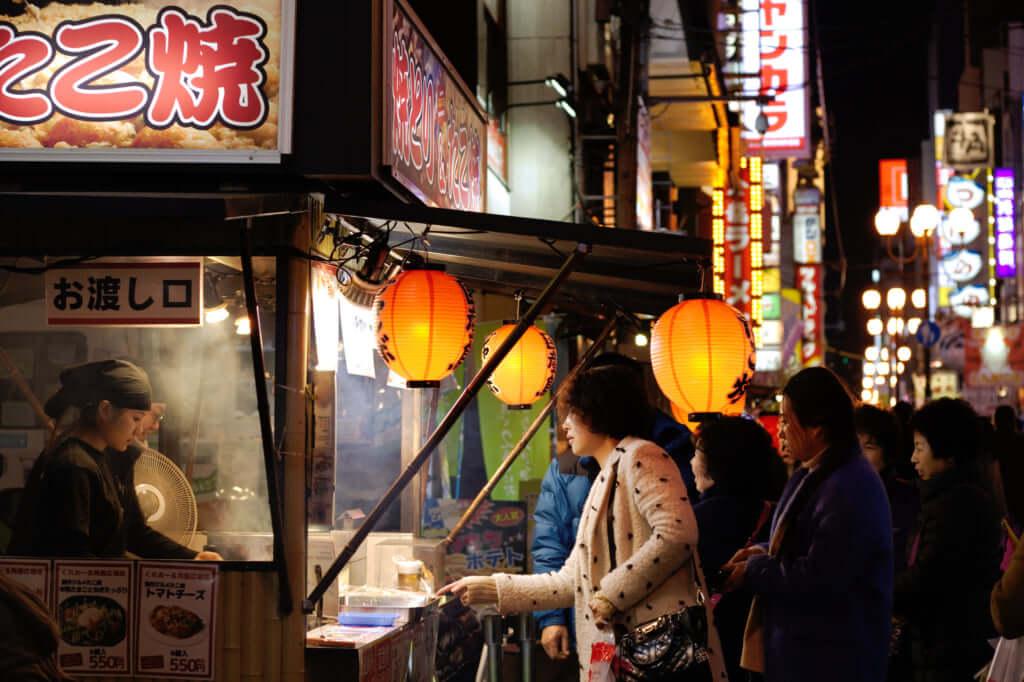 Known for its refined, diverse cuisine, Japan is one of the top destinations for foodies, where each culinary speciality is more delicious than the last. Sushi and maki may be the most popular foods overseas, but they represent just one small part of the full range of Japanese dishes. Many of these are prepared and sold in food trucks, more commonly known as ‘Yatai’ and often found at festivals. The selection of yatai varies according to the regions and seasons, and the takeaway dishes are low in price but high in quality. To help you find your way around all these different stalls, PEN Magazine has selected 5 delicious specialities that are particularly popular with the Japanese. 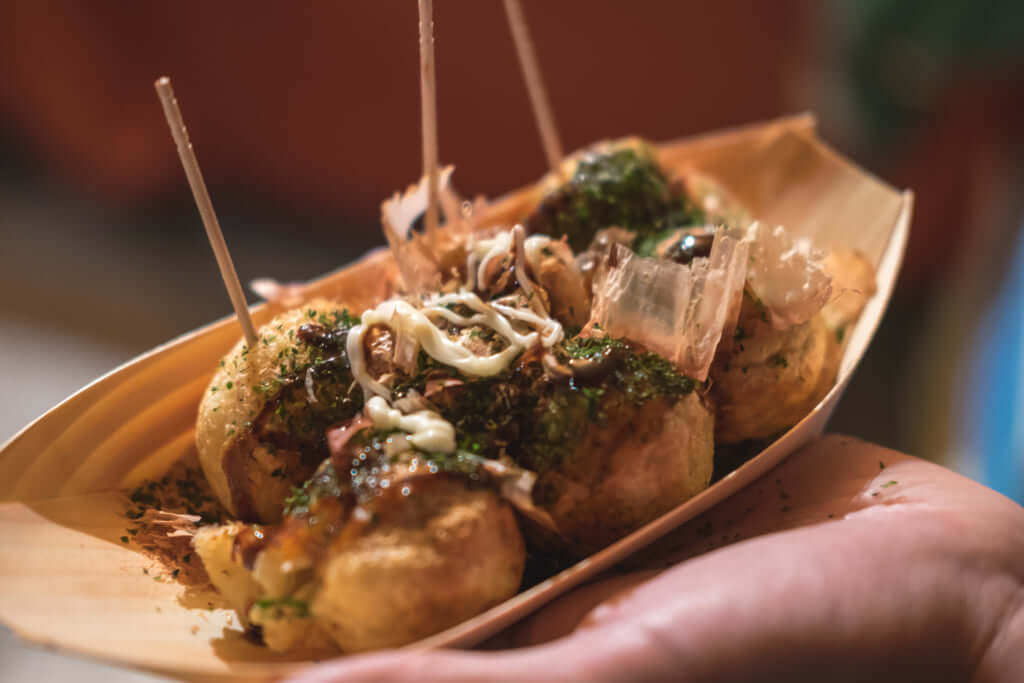 These little golden balls are made from batter and filled with little bits of octopus, tenkasu (which we know as ‘tempura’), benishoga (pickled ginger) and green onion. They originate from Osaka, but are now consumed all over Japan. It’s advisable to consume them very hot so that the crispy outside combines best with the melting inside. For an even more indulgent experience, some people add Japanese mayonnaise or aonori (dried seaweed). These are very addictive, but be careful not to burn your mouth! 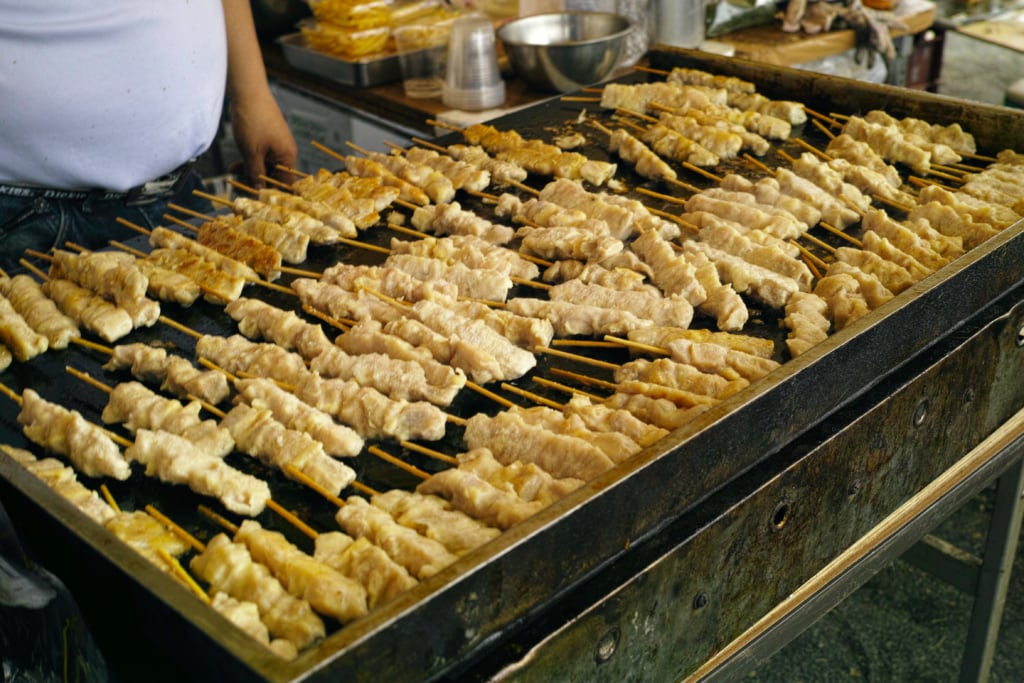 Considered one of the great classics of Japanese street food, yakitori are chicken skewers which have the specific characteristic of being grilled on wood charcoal. They are made from all parts of the chicken, and this is the reason for their unique flavour. They’re often served with seasonings such as tare, shio, wasabi or karashi, and you can make your selection directly from the stall. There are variations which use different meats, such as pork or beef, but the chicken version is the most commonly encountered all over the country! 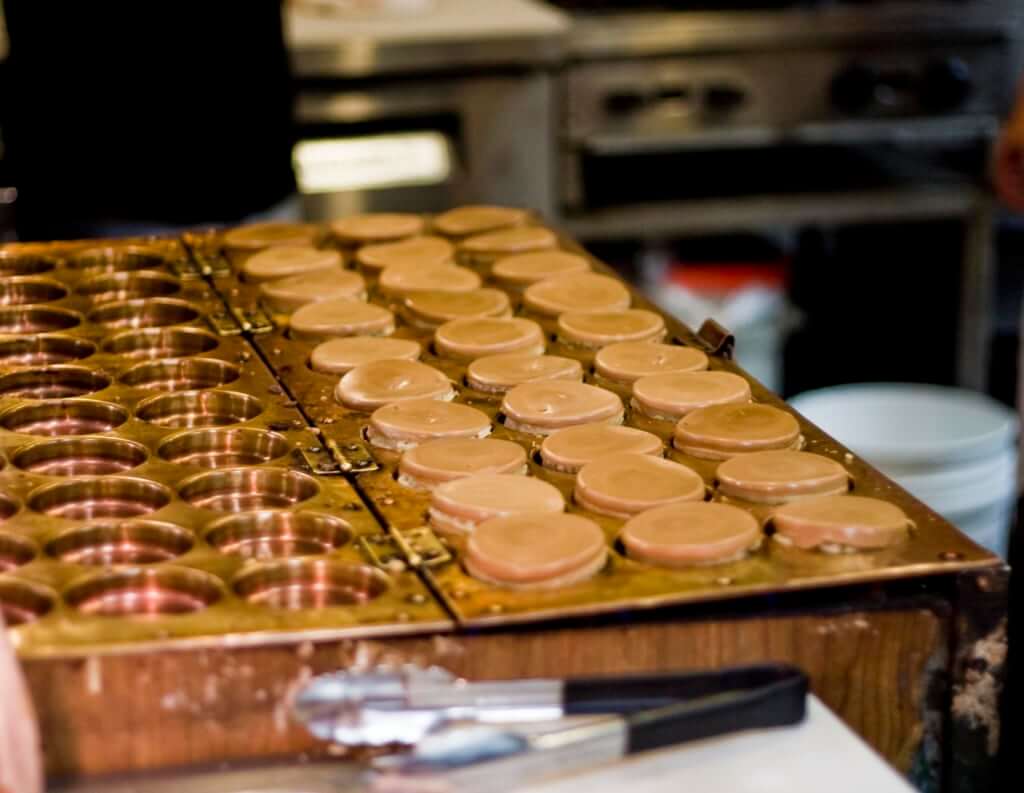 A little less well-known, imagawayaki are desserts made from batter comprised of eggs, flour, sugar and water. They may be relatively easy to prepare, but it’s their unusual shape that makes them immediately recognisable: they are in the shape of a disc. While being baked, they are filled with chocolate, anko (sweet red bean paste) or crème pâtissière. Simple but delicious, imagawayaki come from the Kansai region. 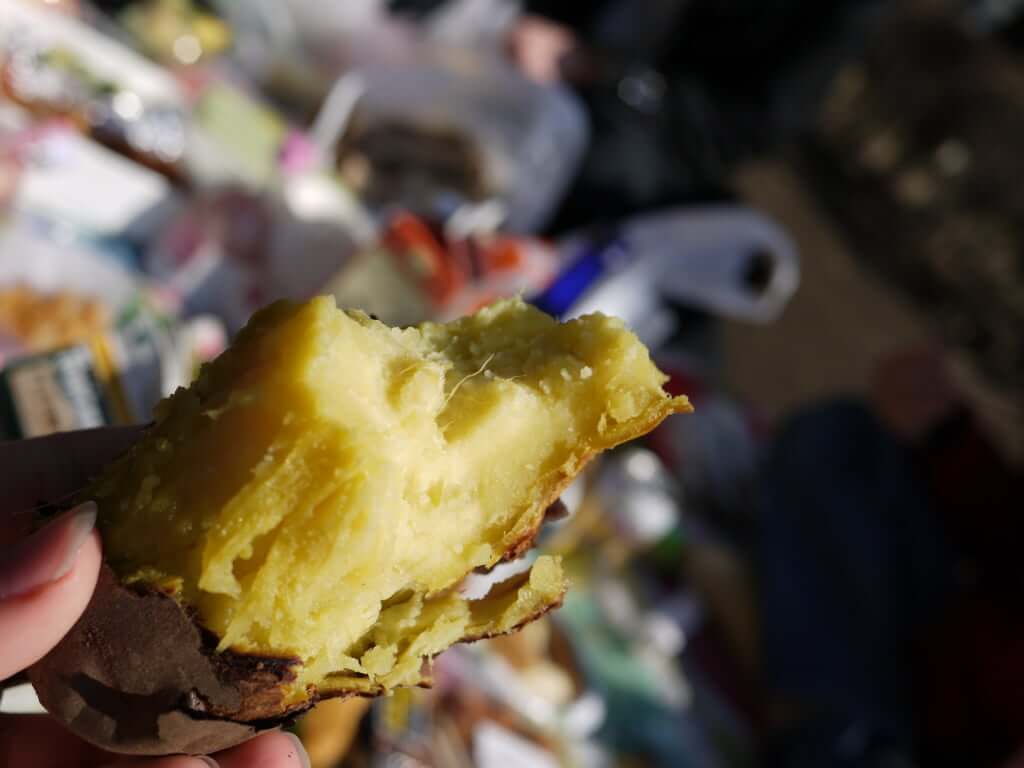 If you’re after a taste of bygone Japan, we suggest you try yaki-imo. These satsuma-imo (a type of Japanese sweet potato) are baked in a wood oven and served wrapped in brown paper. Yaki-imo are lightly caramelised and have a soft, melting texture thanks to their meticulous cooking process. Yaki-imo are extremely popular in Japan, and they are one of the rare specialities that can be found everywhere and at all times of year. To find the food truck, follow your nose: their sweet aroma is very easy to identify! 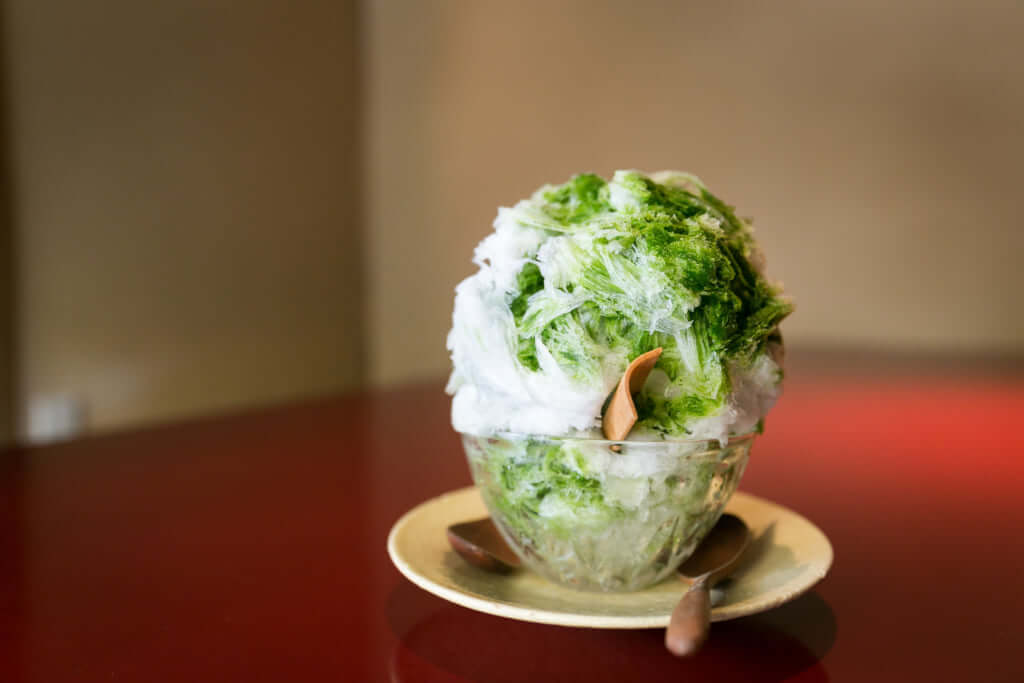 Appearances can be deceiving! Kakigori might look similar to candyfloss, but don’t be misled – this Japanese delicacy is a sort of shaved ice dessert which comes in unique flavours such as matcha green tea, mochi or even sweet red bean. The portions are quite generous, so kakigori could easily act as a meal in itself. They’re very easy to find in summer, and especially at Japanese festivals!

Inexpensive but delicious, treat your tastebuds to all of these Japanese street food specialities!