Kenjiro Kagami’s trajectory is novel-worthy. The Japanese engineer moved to France in 2002 with the aim of one day producing his own wine. Of meticulous disposition, he studied French, then oenology and viticulture, learning about the various specificities of French vines and grape varieties with artisanal wine makers like Thierry Allemand and Bruno Schueller.

In 2011, he and his wife Mayumi moved to Grusse in the Jura region of France. He acquired three hectares of land — land that was considered by most to be baron — and he opened the Domaine des Miroirs. Following a difficult debut, marked by perpetual recourse to DIY magazines and the helping hands of their neighbours, the couple began producing small vintages and bestowing them with evocative names: Sonorité du vent (the sound of the wind), marc du Jura (residue of the Jura) or Mizuiro (the colour of water). The poetic nature of the project is everywhere from their products to their land; their patience is reflected in the image of the wines that they offer. It makes sense, Kagami translates to mirror. 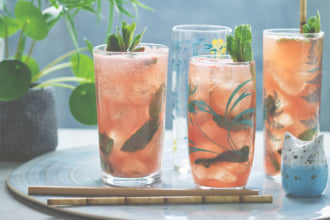 Recipe for Watermelon and Sake Mojito by Tim Anderson 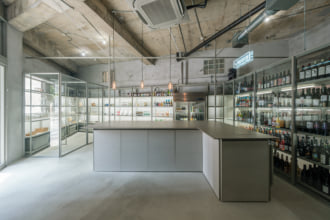 Protected: A Deeper Dive Into the World of Okinawan Liquor