In ‘Tea: It's Not Rocket Science’, Yasu Kakegawa offers tips and analysis to deepen readers' knowledge of this hugely popular drink in Japan. 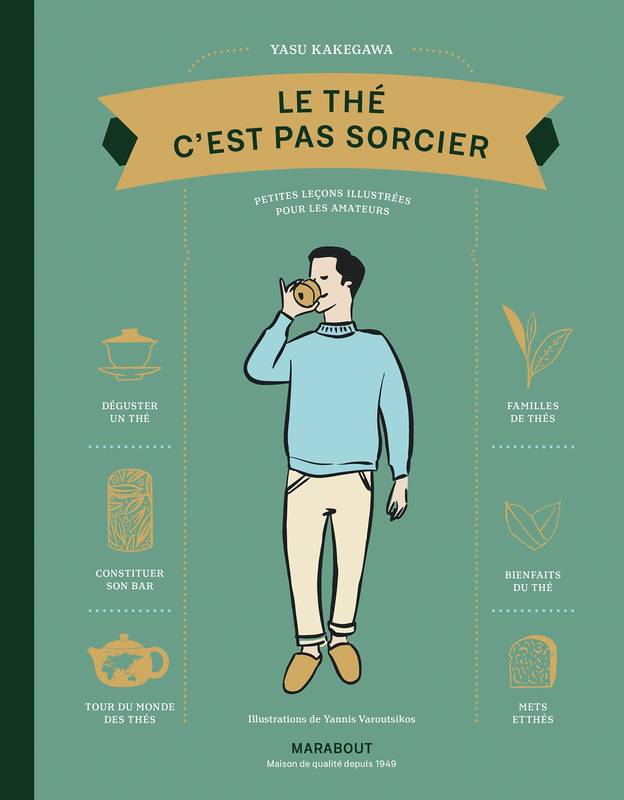 Yasu Kakegawa is a tea expert and discoverer of rare crops from all four corners of the world, but also a lecturer and tea sommelier and consultant. In his book Le thé c’est pas sorcier (‘Tea: It’s Not Rocket Science’), he has compiled extensive information that is aimed at both novices and experts alike. Different types of tea, producing countries, the history and culture of tea, but also advice on how to taste tea: his book is a little bible.

While Le thé c’est pas sorcier does not focus solely on Japan, the country occupies a prominent position in the book. The reader discovers that the word tea first appeared in Japanese texts in 815: Eichu, a Buddhist monk, is said to have served tea to Emperor Saga in Boushaku-ji Temple. Later, in the 15th century, production of the famous matcha tea began in Japan thanks to the shady growing conditions. The reader also learns about the different types of tea found in Japan, from the classic sencha green tea to matcha, which are used for the tea ceremony, among others, via genmaicha, a tea mixed with grains of roasted popped brown rice.

Complemented by illustrations by Yannis Varoutsikos, Le thé c’est pas sorcier is split into several chapters including culture, production around the world and benefits.

Thus, readers will discover the producing countries, the steps involved in the manufacturing process, how to differentiate the many different tea families, how to prepare and taste it but also what dishes to drink it with, as Yasu Kakegawa has also included some tea and food pairings.