Soki Soba with Pork Belly and Katsuobushi by Ivan Orkin

The New York-based chef shares his recipe for soki soba, made using noodles produced in the Okinawa region. 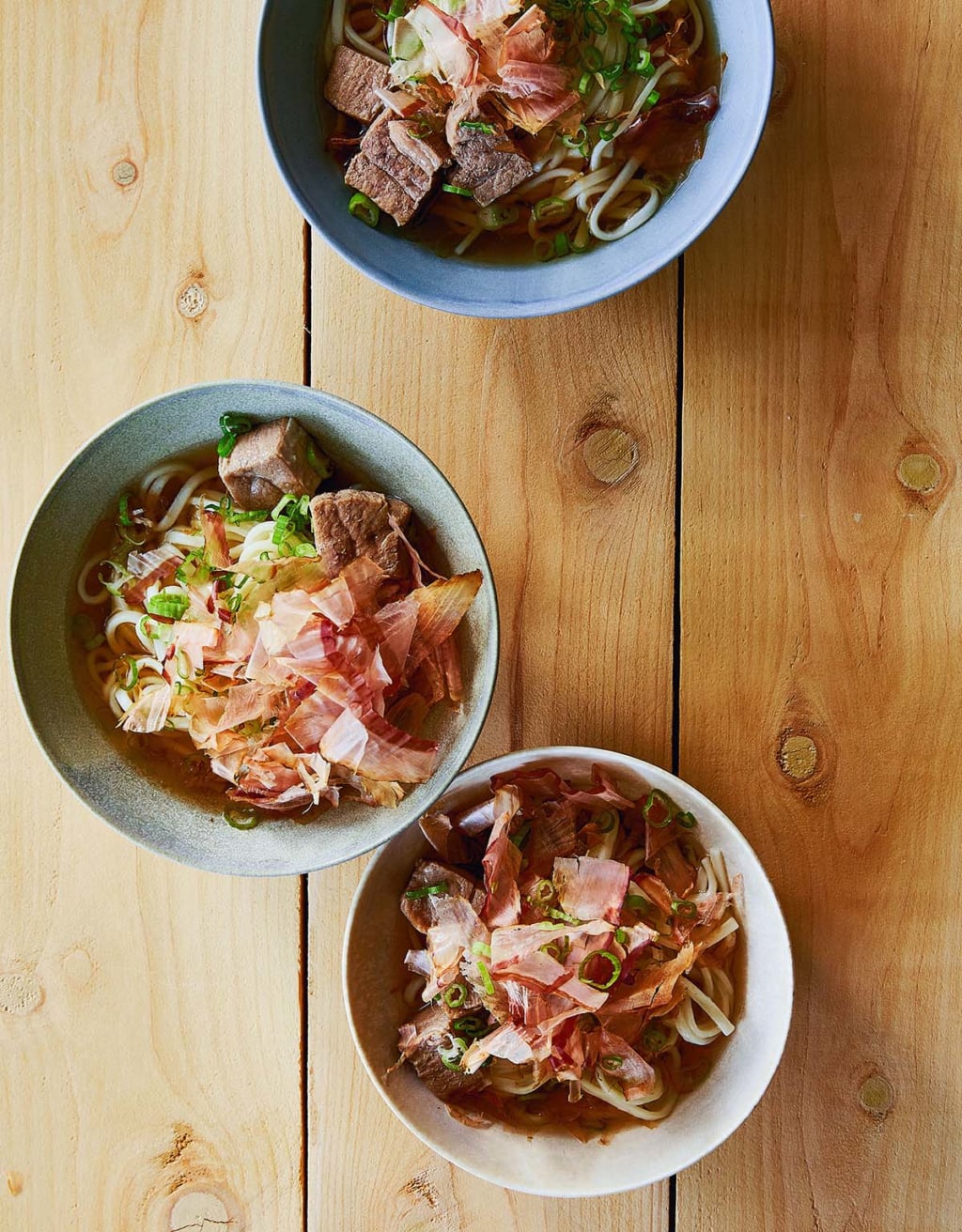 ‘The Gaijin Cookbook isn’t a manual for making perfect sushi or a memoir of a great summer in Kyoto. It’s a reflection of a lifetime spent as an outsider looking admiringly at Japan. It’s not a comprehensive guide to Japanese food, but rather a story of my specific experience of it’, Ivan Orkin explains in the introduction to his book.

In The Gaijin Cookbook, the American chef, known for his ramen recipes, shares several of his favourite dishes that he often cooks at home. One such example is this soki soba, made using noodles from the southern islands of Okinawa, smoked pork belly, and bonito flakes. These thick wheat noodles have a texture that resembles that of udon noodles. Okinawa residents usually add koregusu, a hot sauce made by infusing chillies in awamori rice liqueur, to lift the flavours.

‘There’s a certain set of Japanese flavours that have made a huge impression on me as a gaijin. When I think of comfort food, I think of dashi and soy. If you, like me, have a Japan-shaped hole in your heart, this dish will revitalise you’, the chef declares.

Serves 2 as a main dish, 4 as an appetiser

Combine the pork belly, white and light green scallion parts, ginger, 2 tablespoons of soy sauce, the sake, and sugar with 1 litre of water in a medium saucepan and bring to a simmer over medium-high heat. Drop the heat to low and simmer for 1 hour and 15 minutes, or until the pork is tender; replenish with water as necessary to maintain the same amount of liquid—about 125 ml every half hour.

Use a slotted spoon to scoop the meat out of the liquid. Strain the broth, return to the pot, then add the remaining tablespoon of soy sauce and season to taste with salt. Add the katsuobushi and let it stand for 10 minutes.

Meanwhile, cook the udon according to the package directions.

Divide the noodles into two or four bowls. Strain the broth and ladle it over the noodles, then top each with a few pieces of pork belly, sliced scallion greens, and a big pinch of katsuobushi.

The Gaijin Cookbook (2019) by Ivan Orkin, is published by Houghton Mifflin Harcourt.

Ivan Orkin discovered Japan in the 1980s. He opened his first ramen restaurant there in June 2006 in Tokyo’s Setagaya district, quickly followed by a new establishment: Ivan Ramen Plus. His two Japanese establishments closed in 2015, but on his return to the USA, he opened two new ones in New York: Ivan Ramen and Ivan Ramen Slurp Shop.

Ivan Orkin has also written another book, Ivan Ramen, and is one of the stars of the series Chef’s Table and Mind of a Chef on Netflix. 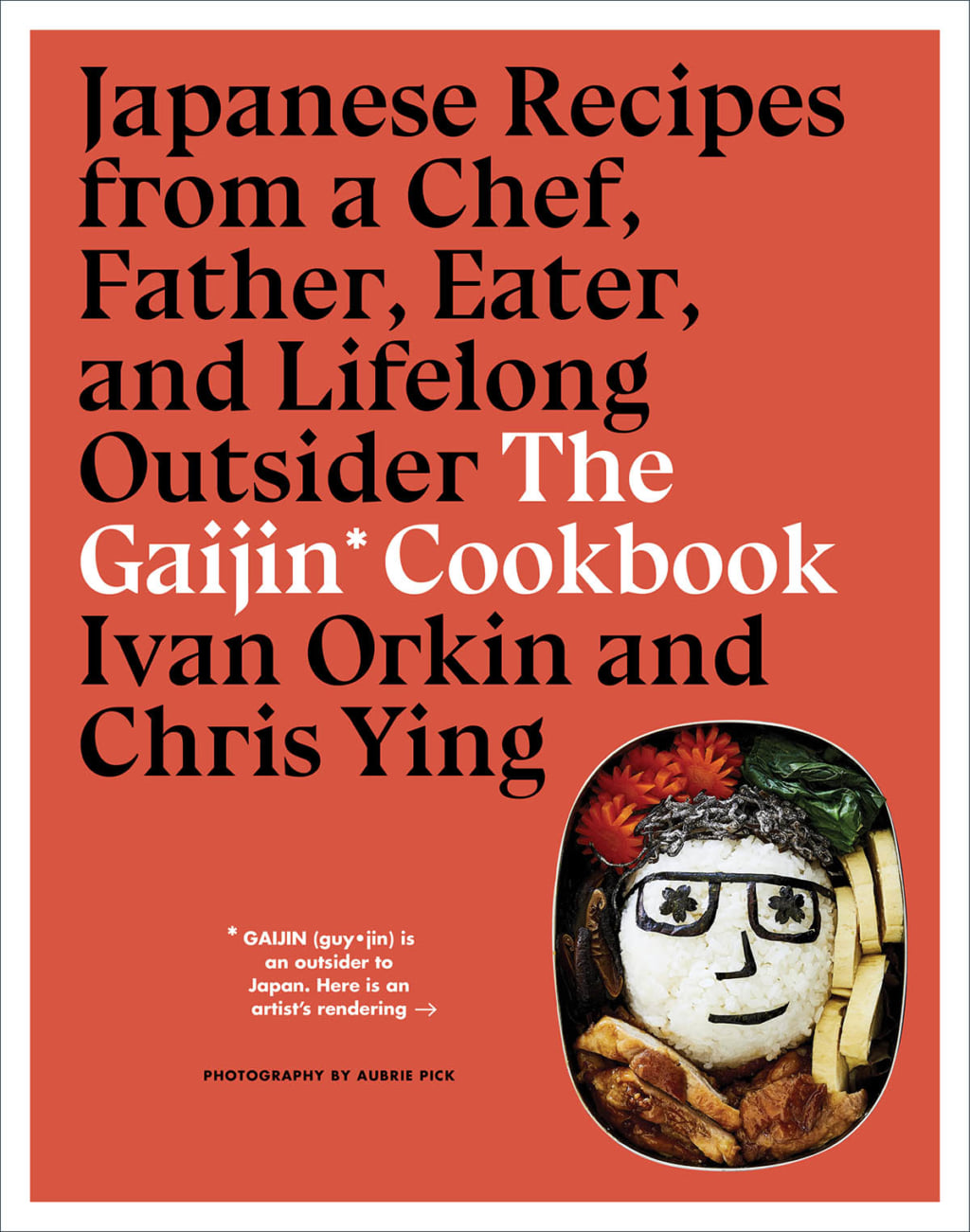