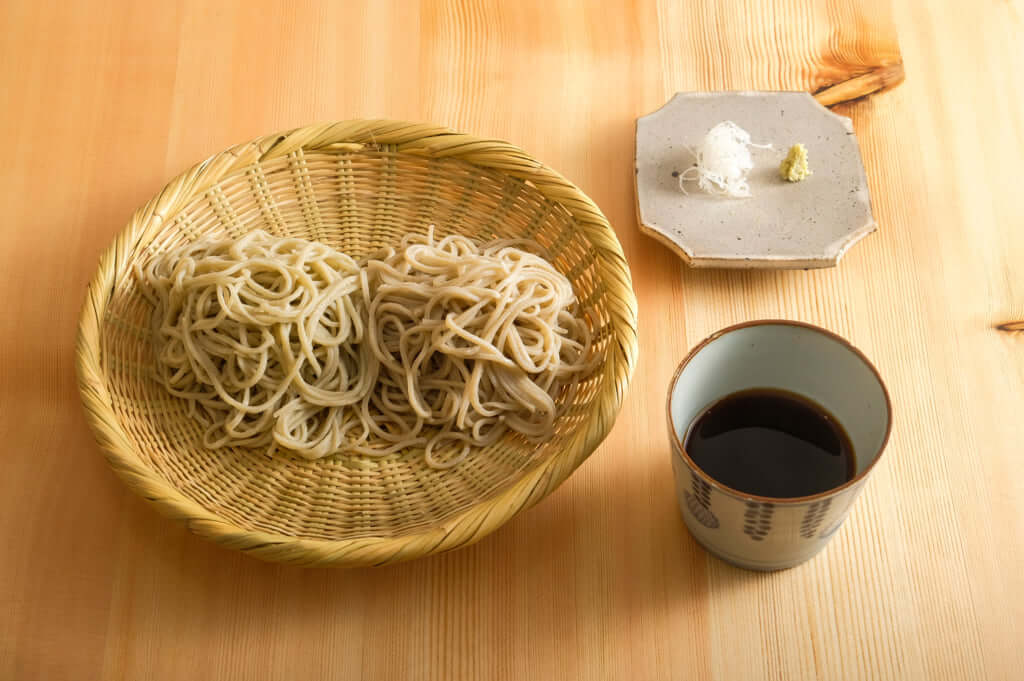 The attraction of ‘Soba and Sake Emori’, which just opened in the Yoyogi Uehara neighborhood of Tokyo, is the splendid selection of Japanese sake, mostly veggie snacks, and the chance to taste subtle differences in noodles made from soba sourced from different regions. The choice of sake, each well known for solidly tart flavors, suitable for hot sipping, ranges from areas such as Tottori, Shimane, Osaka, and Fukuoka. The evening menu features eight selections emphasizing vegetables in season, such as a bowl of soba tofu with burdock fishcake, tempura of butterbur sprouts or Brussels sprouts, followed by the final dish of white soba noodles on a wickerwork tray as chosen by the chef, making a full-course meal. Soba berries are delivered each day from two different regions, finely milled with a grinder in the kitchen, and made into noodles by hand. Those who wish to taste the difference between identically milled soba from different regions are able to sample both types.

The shop is surrounded by white walls, giving an impression of neatness. The chairs have been crafted by Tendo Mokko, an upscale furniture maker in the proprietor’s home region of Yamagata, and the counter is made of old lumber salvaged from traditional houses in the Shin’etsu region. In this intricately arranged ambiance, tossing back little cups of hot sake while munching on veggie snacks, followed by lip-smacking soba noodles—sound appealing? 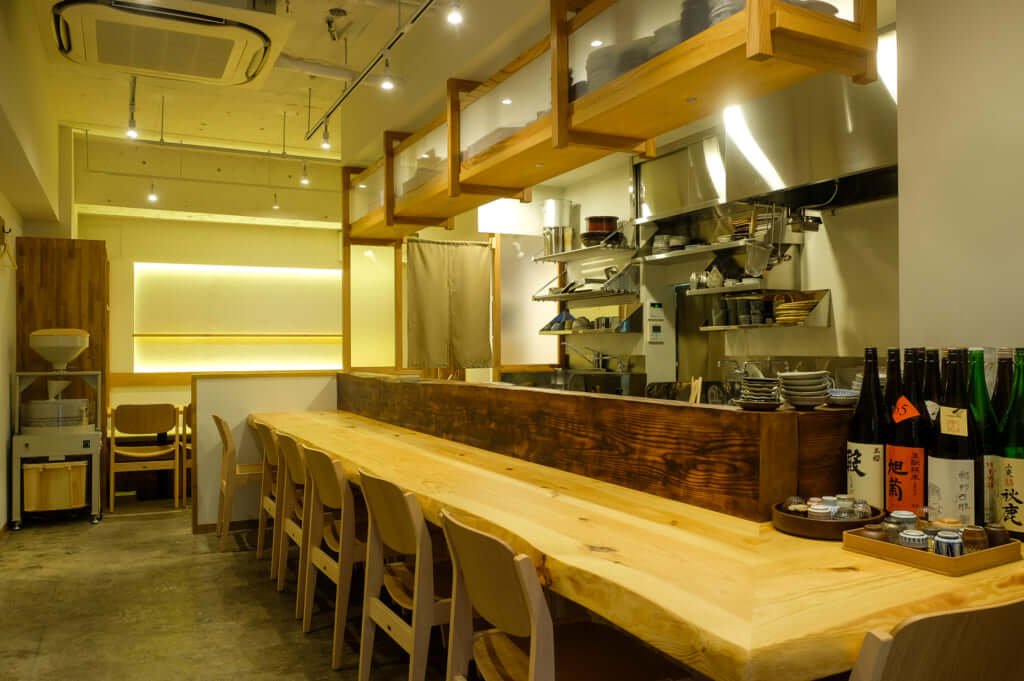 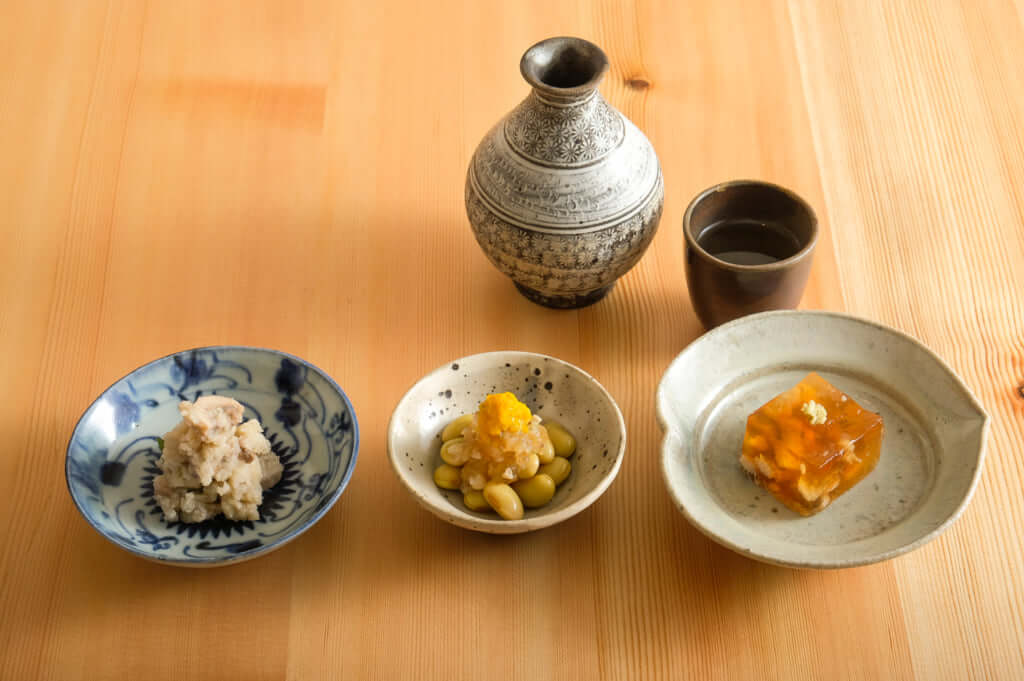 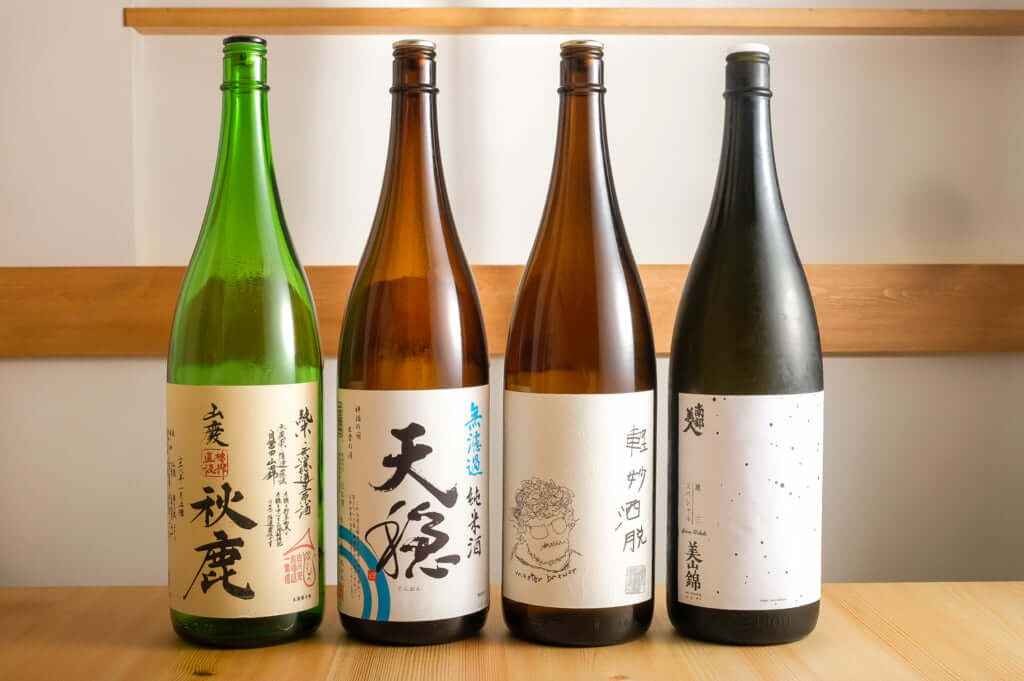 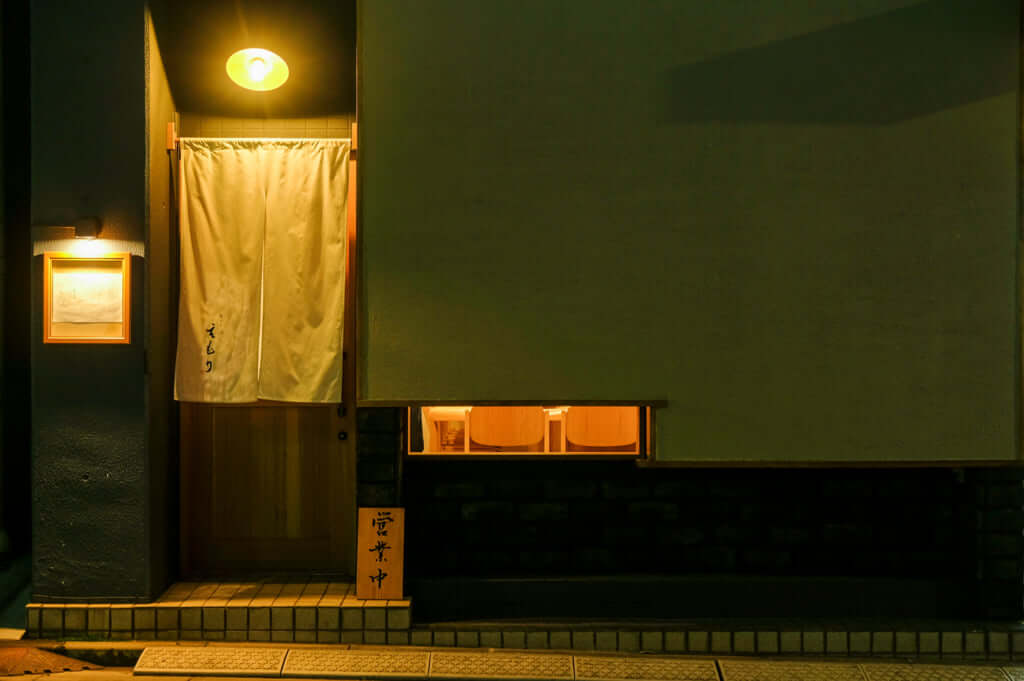