The success of this dish hinges on the variety of mushrooms used and on the 'donabe', the clay pot in which it is simmered. 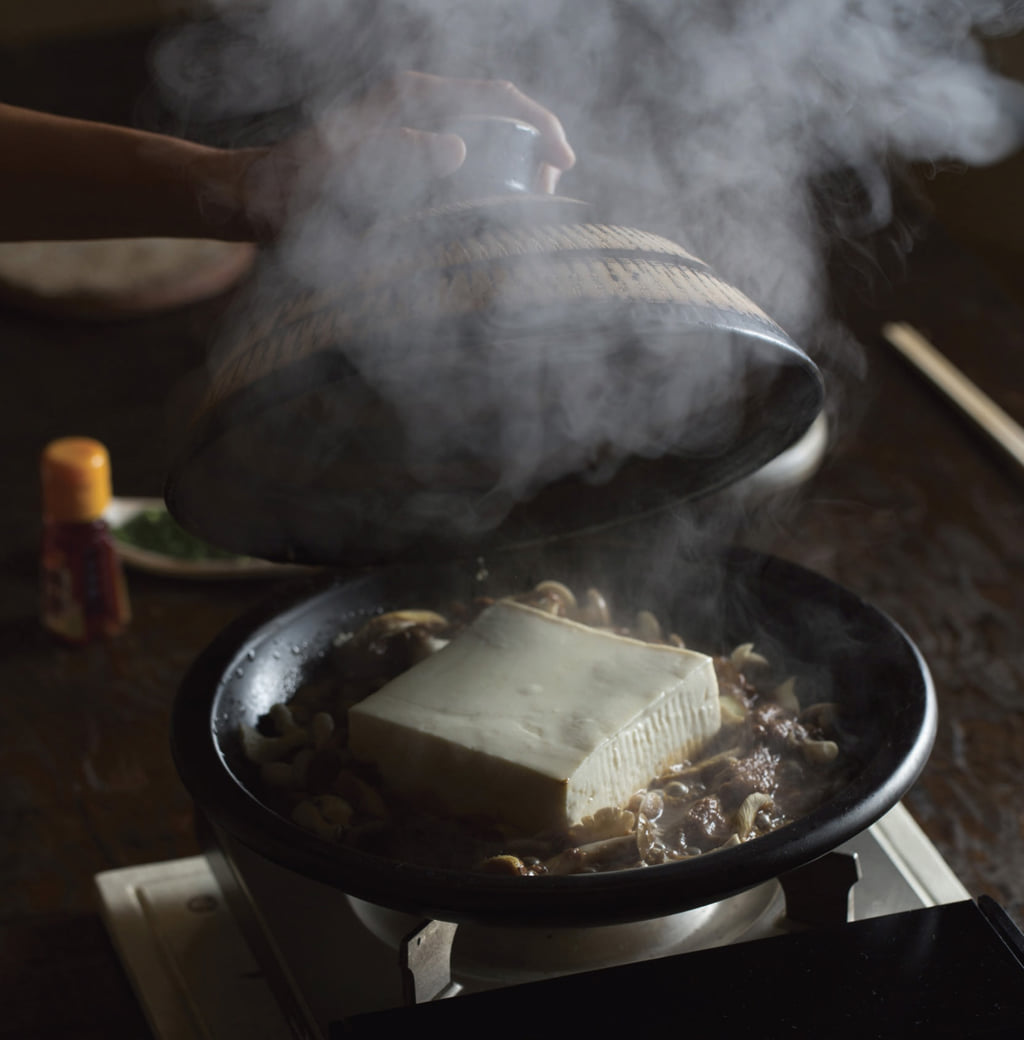 ‘Once you bring the donabe to the table, coarsely break apart the tofu and quickly mix it with the mushrooms in front of the guests. The sizzling sound and savoury aroma make a wonderful presentation’, explains Naoko Takei Moore, before breaking down the steps to make the dish using a donabe, a Japanese clay pot.

This recipe, which is also suitable for vegans, is taken from her book that was co-written with chef Kyle Connaughton, Donabe – Classic and Modern Japanese Clay Pot Cooking. It contains the key ingredients found in numerous Japanese recipes: tofu, miso, and mushrooms. The chef provides the readers with an additional tip: the more varieties of mushrooms you use, the more successful the result will be. Enoki, shiitake, shimeji, kikurage, or nameko, chefs are spoilt for choice as the Japanese are particularly fond of this vegetable and use it to garnish many of their dishes.

Serves 4 to 6 as part of a multi-course meal

Whisk together the miso and sake in a small bowl. Set aside.

Pour the sesame oil into the skillet of the donabe. Scatter in the garlic and ginger. Add all the mushrooms and spread them out so that there is a well in the centre where the tofu can sit nicely. Place the tofu in the well. Drizzle the miso and sake mixture over the mushrooms.

Cover and set the donabe over medium heat. Cook for eight to ten minutes, or until everything is cooked through and sizzling. Turn off the heat and let it rest, covered, for two to three minutes.

Uncover at the table and immediately break up the tofu coarsely with a large spoon and mix with the other ingredients. Garnish with some green onion. Serve in individual bowls and enjoy with a drizzle of la-yu.

Originally from Japan, Naoko Takei Moore has lived in Los Angeles since 2001. A graduate of the Le Cordon Bleu programme at the California School of Culinary Arts, she also holds a Wine Expert certificate from the Japan Sommelier Association. She runs TOIRO, an online shop selling donabe, all made by hand in the Iga region of Japan, and selected with care. There is also a TOIRO shop in Los Angeles that sells donabe and offers cookery courses run by Naoko Takei Moore, the self-proclaimed ‘Mrs Donabe.’

Kyle Connaughton began his career in Los Angeles, working as an apprentice in one of the oldest Japanese restaurants in the city. After working in Japan alongside chef Michel Bras, among others, he returned to California where he now runs Single Thread Farms, a three-Michelin-starred restaurant.

In their book, Donabe – Classic and Modern Japanese Clay Pot Cooking, chefs Naoko Takei Moore and Kyle Connaughton present traditional Japanese recipes made using a donabe as well as their more modern versions, sometimes inspired by California, where they both live. Donabe – Classic and Modern Japanese Clay Pot Cooking also provides information, in the introduction, about the origin, history, and functioning of this traditional Japanese clay pot. As a complement to their own recipes, the pair also share those from renowned chefs who use a donabe in the kitchens at their restaurants, like David Kinch, Namae Shinobu, and Nick Balla. 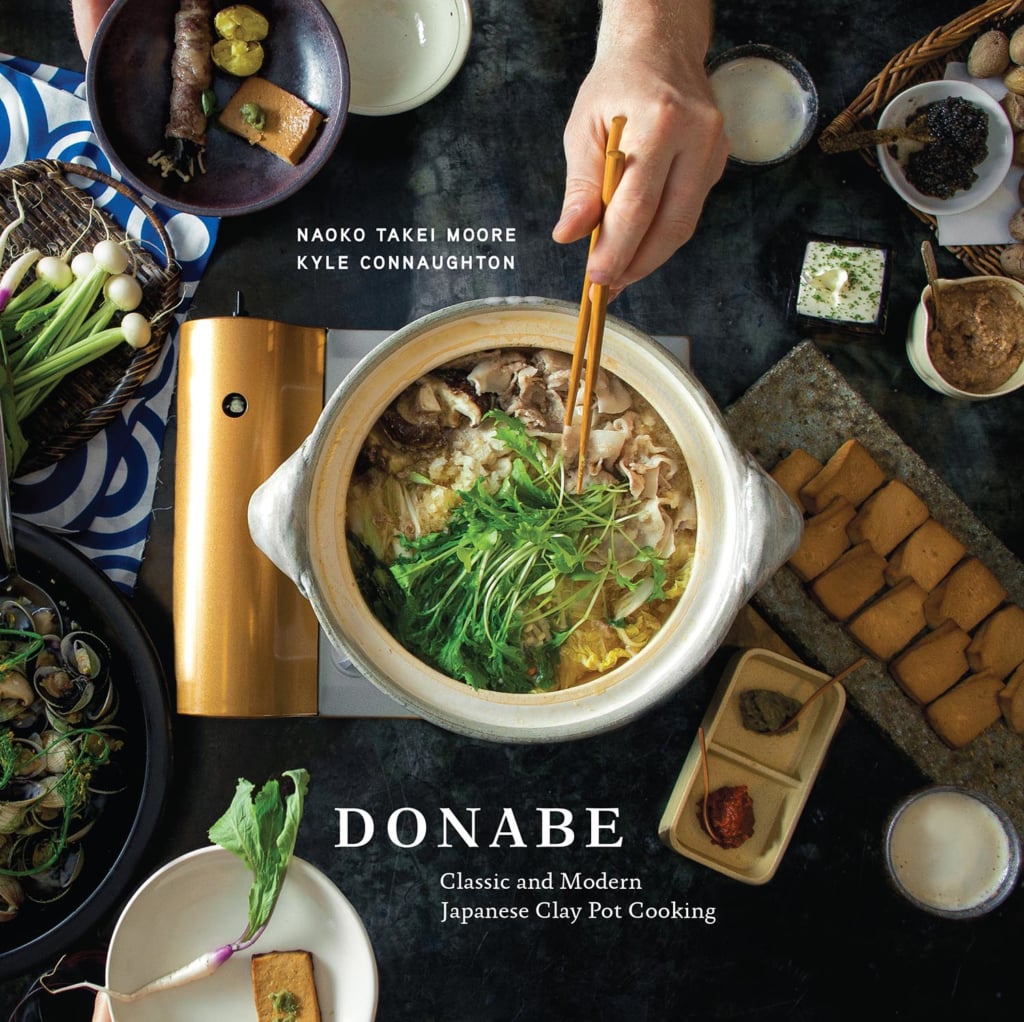