Vegan Recipe for Spinach with Sesame by Karen Solomon

Pickled vegetables are very common in Japan, where they can be found accompanying haute cuisine as well as meals eaten on the go. 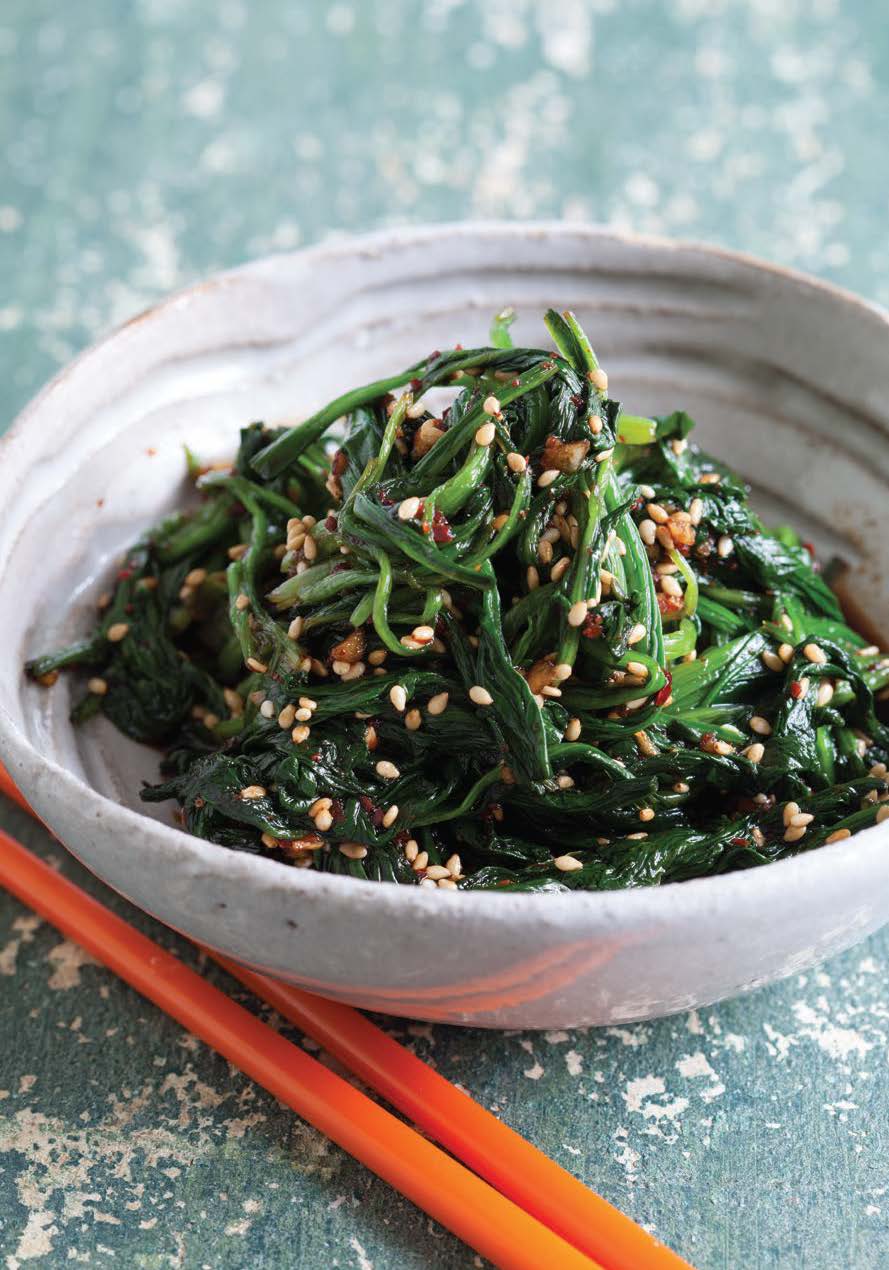 Pickles, or marinated vegetables, are one of the hallmarks of Asian cuisine. For this recipe for pickled spinach with sesame, taken from her book Asian Pickles, Karen Solomon advises readers against using packets of baby spinach. Although this is perfect for salad, it will make this dish too liquid and bland.

Alongside recipes, the book contains various explanations about this south-Asian pickling culture, and offers simple but astute tips for those interested in trying their hand at this food preservation method on a long-term basis.

Put a large pot of water on to boil. Meanwhile, wash the spinach by soaking it thoroughly in a basin or sink full of water, swirling it with vigour and making sure to leave the root ends attached. Wash as thoroughly as needed to ensure that the spinach gets really clean (spinach with the roots attached often hides dirt in the darndest places). Allow the washed spinach to drain in a colander.

In a small skillet over medium-high heat, toast the sesame seeds until fragrant, for two to three minutes. Pour the seeds immediately into a medium bowl to cool. Add the garlic, soy sauce, sesame oil, chili flakes, sugar, and vinegar and stir to combine.

Once the water is boiling, add the spinach all at once, using a utensil to submerge it in the water and to stir it for even cooking. Cook for one minute, just enough so the spinach wilts but retains its bright green colour.

Drain the spinach in a colander and immediately rinse with cold water, stirring it with your hands to cool the spinach and stop it from cooking further. Working in four batches, gather the spinach into bundles. Holding each bundle by its root ends, squeeze the greens to remove the water, starting from the stems and working your way down to the leaves. Squeeze repeatedly and very firmly, until not a drop more liquid can be released (really get in there and squeeze!). Roll up the spinach tightly inside a clean kitchen towel (or two) and squeeze again to truly extract as much moisture from it as possible.

Lay the spinach flat on a cutting board and cut off and discard the root ends. Chop the spinach into four equal lengths. Add it to the soy sauce mixture and toss well to coat. The spinach is now ready to eat. Kept covered and refrigerated, the spinach will keep for four days.

Asian Pickles (2014), a recipe book by Karen Salomon, is published by Ten Speed Press, and is only available in English.

This book offers over 75 recipes made using a variety of ingredients, for novices and more competent cooks alike.

Karen Solomon is a food writer and culinary instructor. She specialises in the different methods of food preservation: making preserves, canning, drying, and smoking. Asian Pickles is her third book after Can It, Bottle It, Smoke It and Jam It, Pickle It, Cure It. 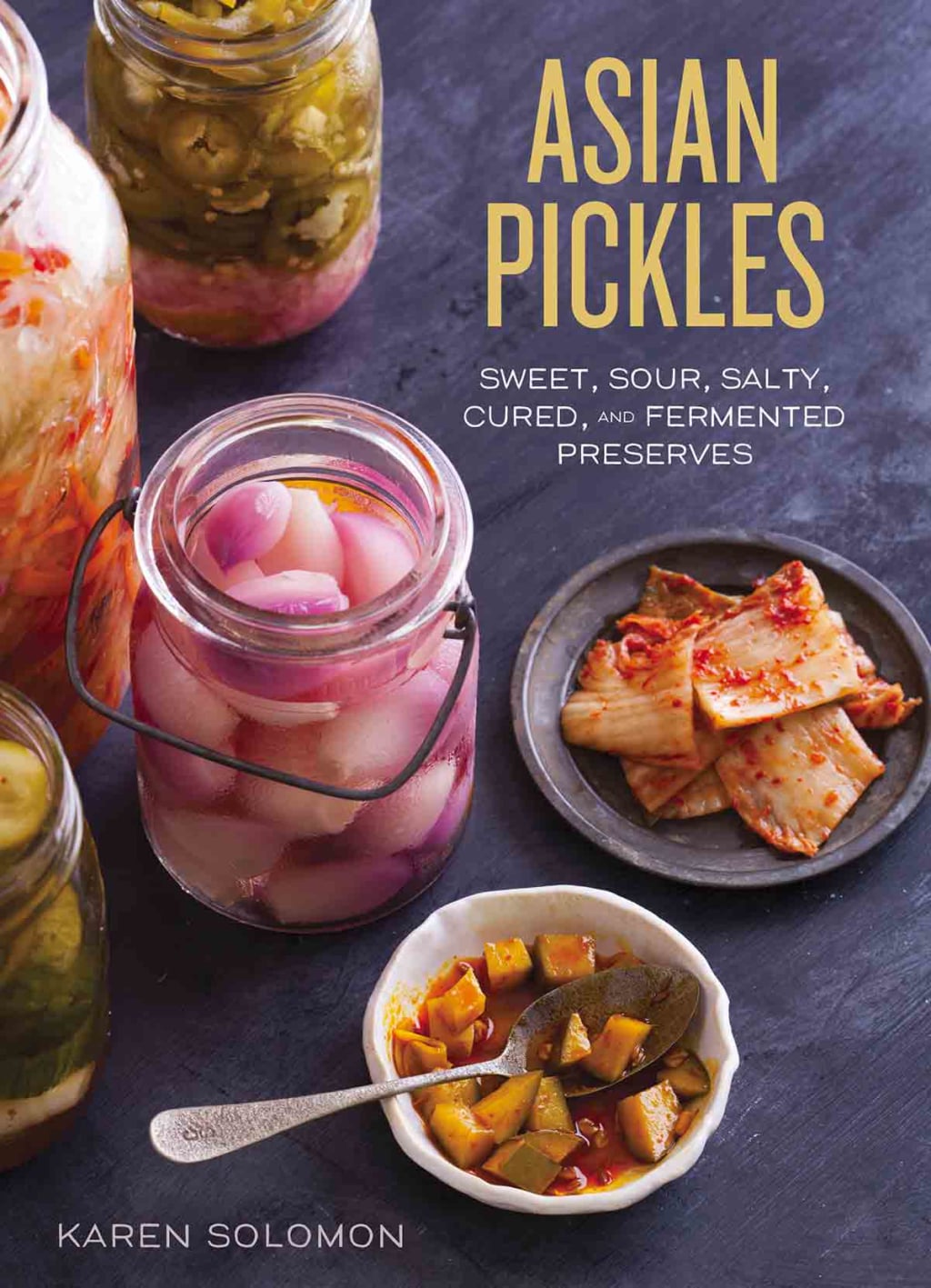 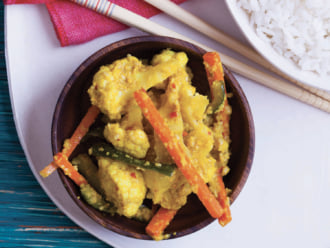 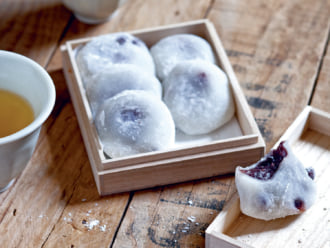 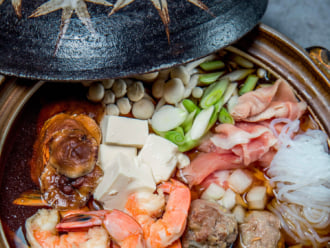