A Tea House Perched on a Rooftop, by Kengo Kuma

The building, in keeping with the minimalist style of its creator, offers a splendid view of Vancouver Bay and the surrounding mountains. 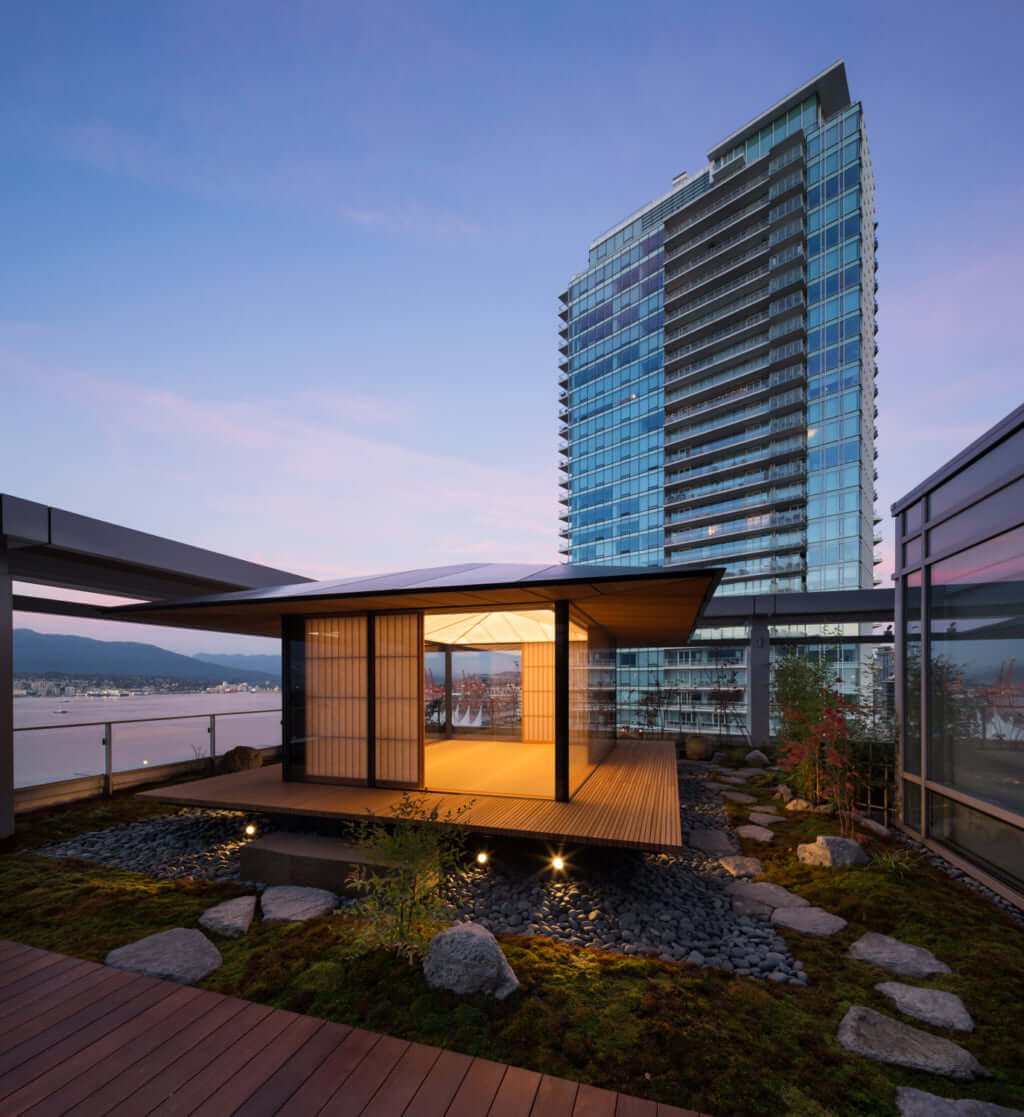 Vancouver Tea Room, an architectural creation by Kengo Kuma, is, as the name suggests, a highly traditional teahouse, with a tatami floor and wooden structure. Where the architect broke with Japanese codes, however, was by installing it on the terrace of an apartment in Canada in 2016, on the 19th floor of a building in the heart of a lively district of Vancouver.

The building, in keeping with the minimalist style of its creator, allows visitors to take a break right in the heart of the excitement of the city in British Columbia. The house, covering approximately 40 square metres, was designed to be a rest area where tea ceremonies could be held, not quite like the tranquillity of Japanese gardens or temples, but offering a splendid view of Vancouver Bay and the surrounding mountains.

‘The tea house is a transition from a dense urban environment to an almost spiritual realm’, says Michael Sypkens, one of the architects in charge of the project at Kengo Kuma & Associates. ‘It’s a surreal hybridisation.’

While the inspiration is obviously Japanese, Kengo Kuma’s architectural firm wanted to use local materials for the construction and layout of the building. Thus, rather than importing Japanese cedar for the outdoor trellises, these were built with Douglas fir, grown locally. The moss and stones used for landscaping also came from the Vancouver area.

As for the interior, all the traditional Japanese codes are respected, with shoji of washi paper and tatami flooring. It’s a pleasant setting for tea ceremonies in the heart of Canada.

Vancouver Tea House (2016), a project by Kengo Kuma, can be viewed on his architecture studio’s website. 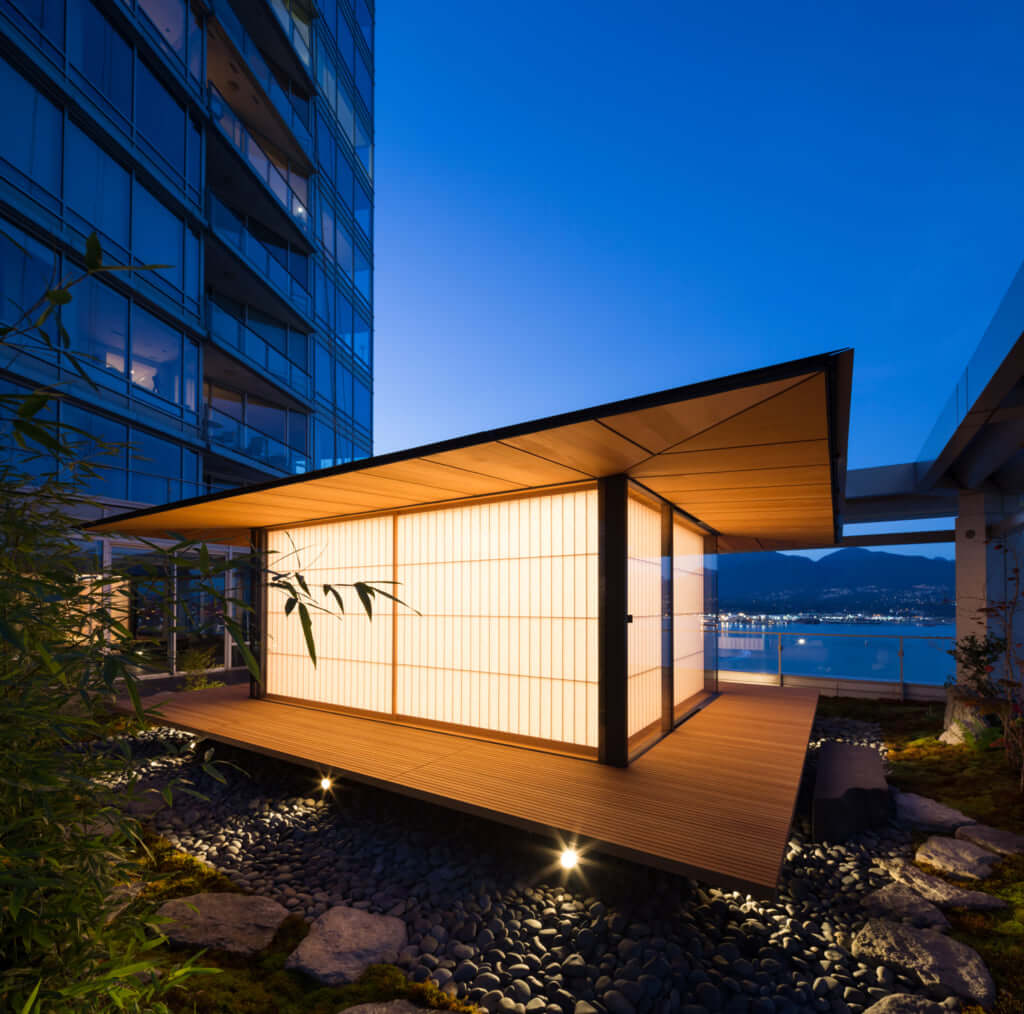 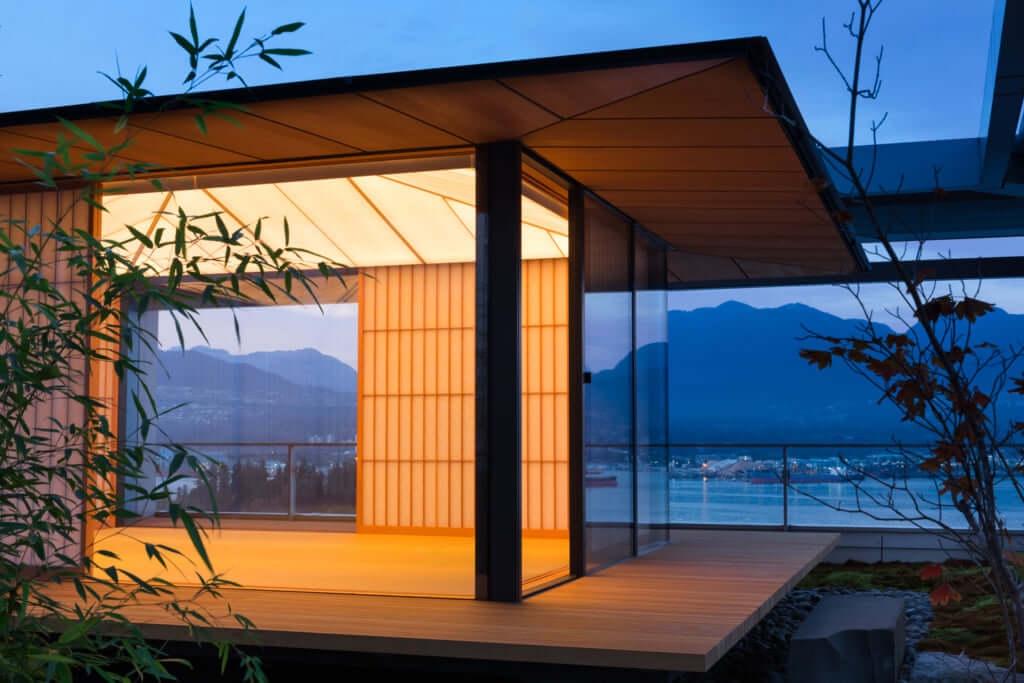 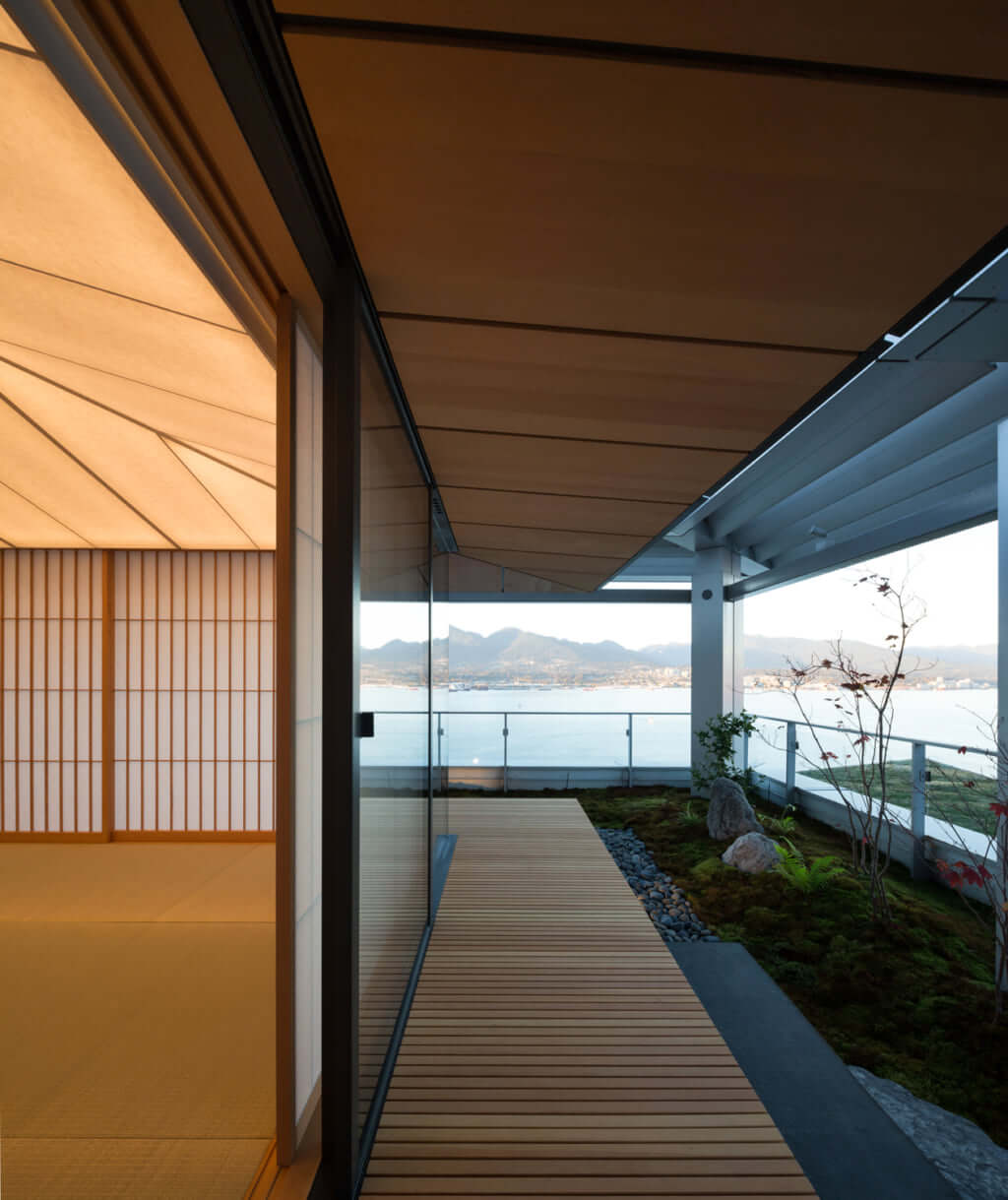 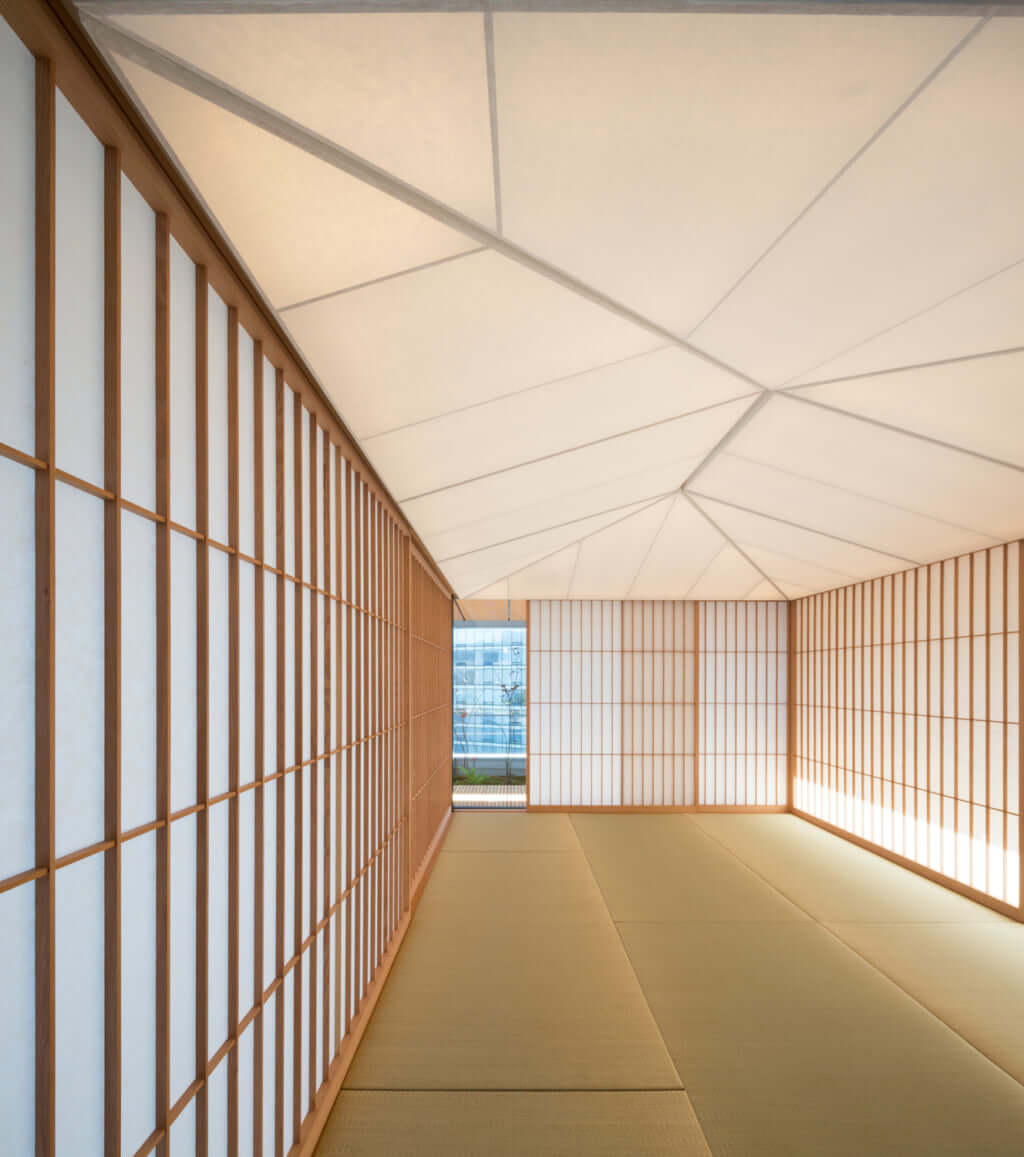