Making waves in the town of Shibetsu, Hayashi Tsuyonori is changing the Hokkaido fishing industry from the ground up. 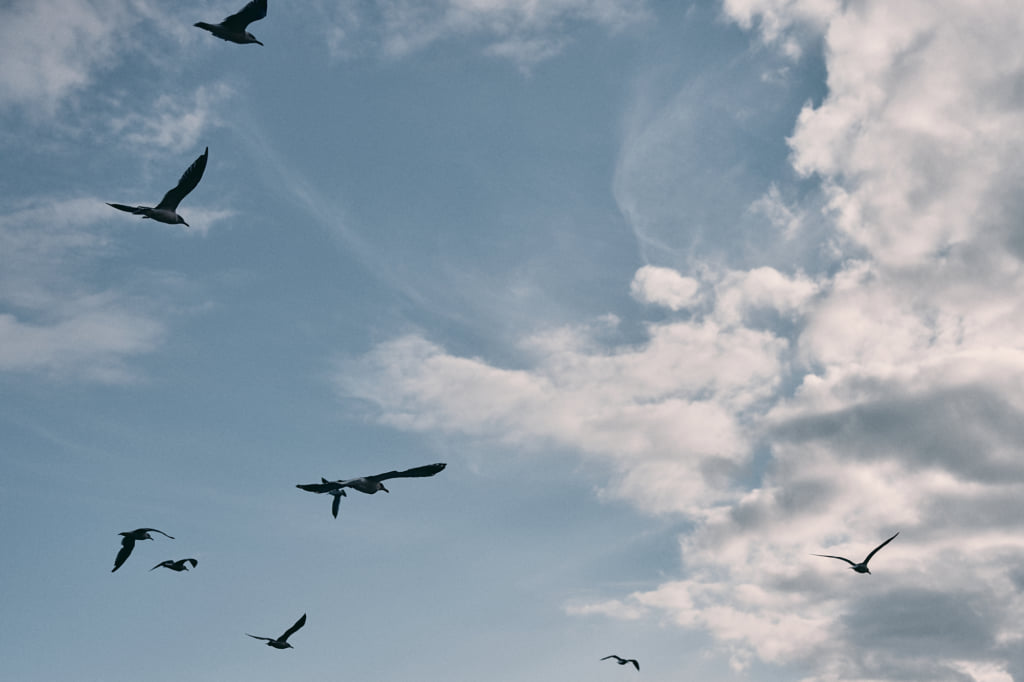 The town of Shibetsu is located at the northeastern end of Hokkaido, in the heart of Nemuro Prefecture. The area as a whole is best known for its unspoiled nature, with the Shiretoko National Park, a UNESCO World Natural Heritage Site, needing no introduction. Despite the truly awesome scenes of a grand natural landscape in its surroundings, Shibetsu itself is rather unassuming. Aside from being a hotbed of traditional culture for the native Ainu, the town is a longstanding fishing enclave, with a significant amount of the population of just over 6,000 employed in the industry. Indeed, the name Shibetsu means ‘place with many salmon’ in the language of the Ainu, and it is this fish specifically that remains the symbol of the town until this day. Aside from salmon, scallop, trout, and shellfish farming has been the cornerstone of the local economy for decades now. 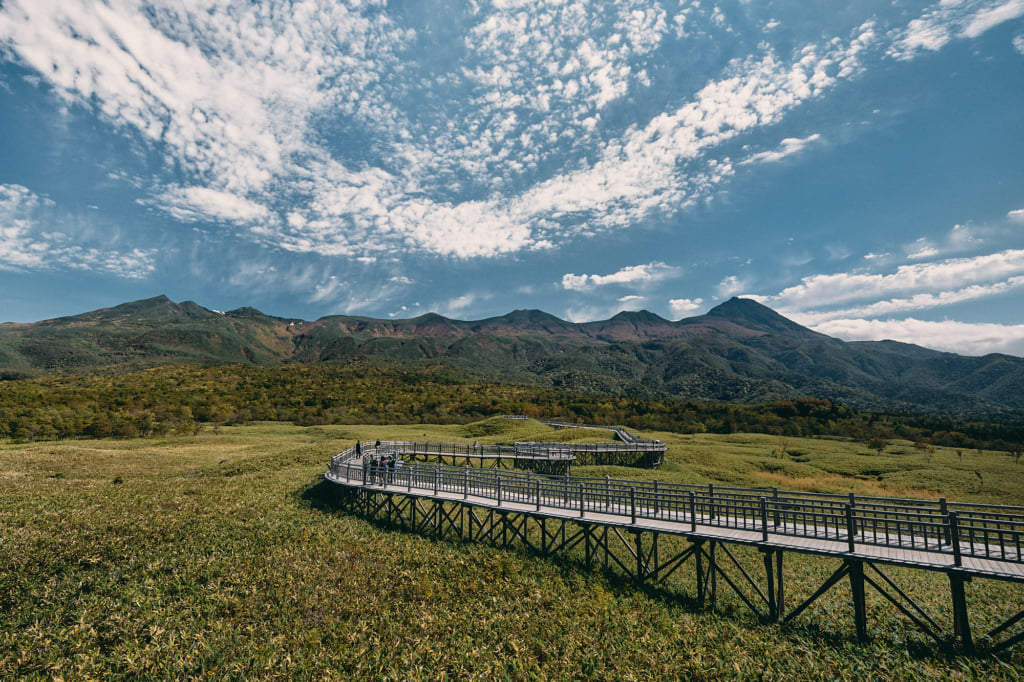 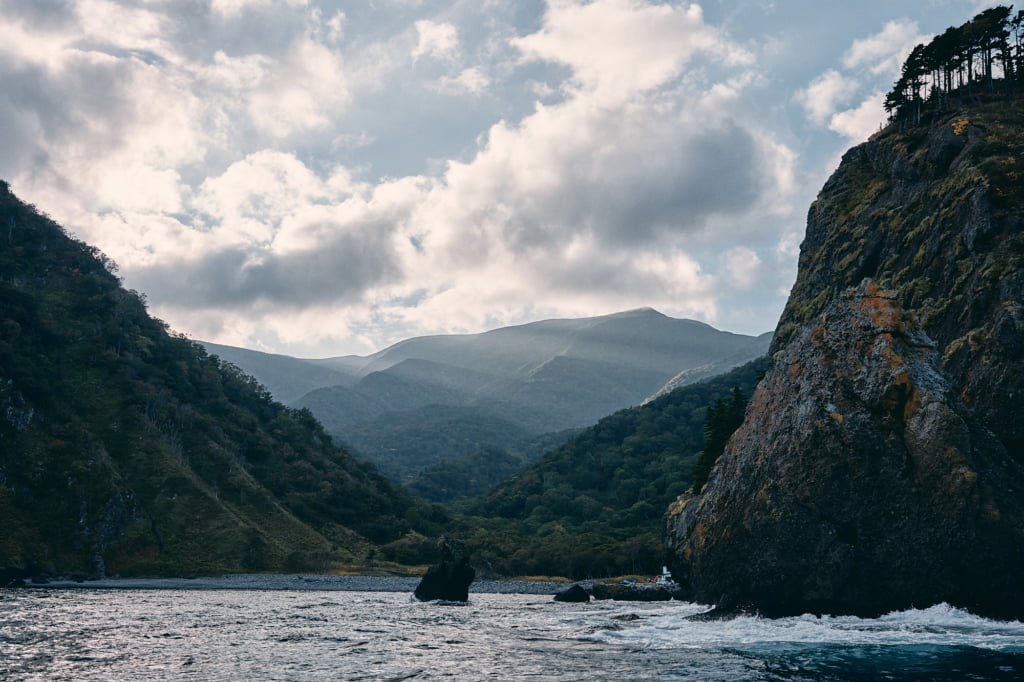 Shibetsu is located close to Shiretoko National Park, one of Japan’s most beautiful and unspoiled national parks. It is inscribed as a UNESCO World Natural Heritage Site. / Photo by Nik van der Giesen

It is here where Hayashi Tsuyonori lives. He is the head of the Hasshin-kai, primarily an association of likeminded fishermen who are challenging the ways of the past. ‘While Shibetsu is known for salmon, the number of salmon being caught in recent years has declined,’ says Hayashi Tsuyonori. There are several possible explanations for this, including overfishing as well as climate change affecting the currents and thus fish-breeding patterns. While Hayashi Tsuyonori, a true veteran of the sea, monitors the situation closely, he is definitely a man who looks forward rather than back. ‘This town was built on the salmon trade, but there is such a rich maritime yield in this area that we do not have to be dependent on it. By looking to the sea and understanding what is happening, we can find a way to continue our trade. As fishermen, we must evolve together with the sea.’ 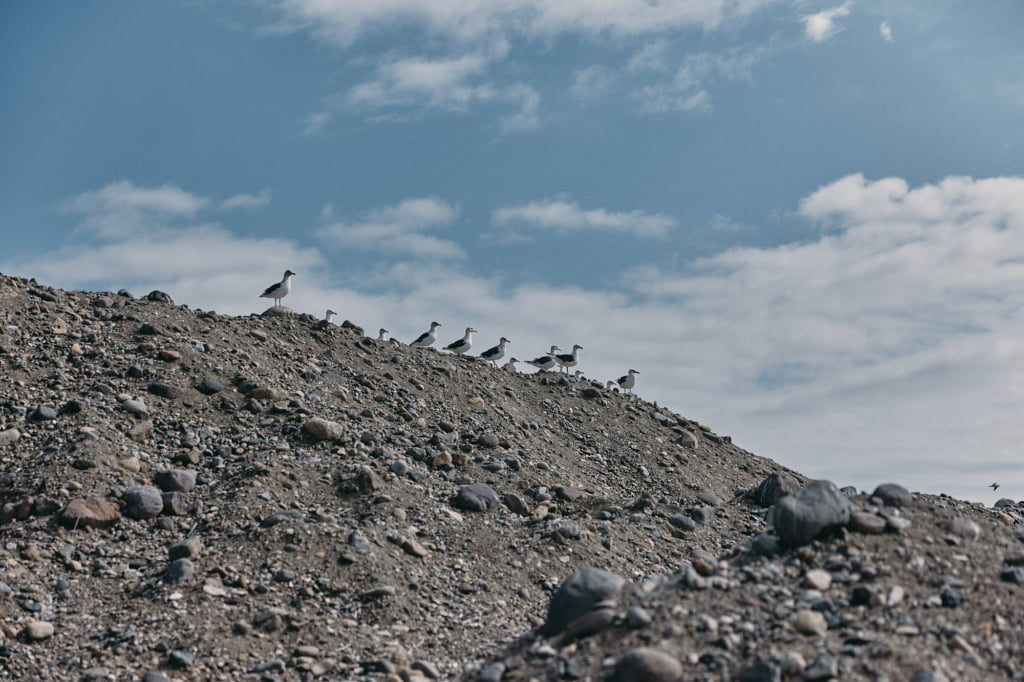 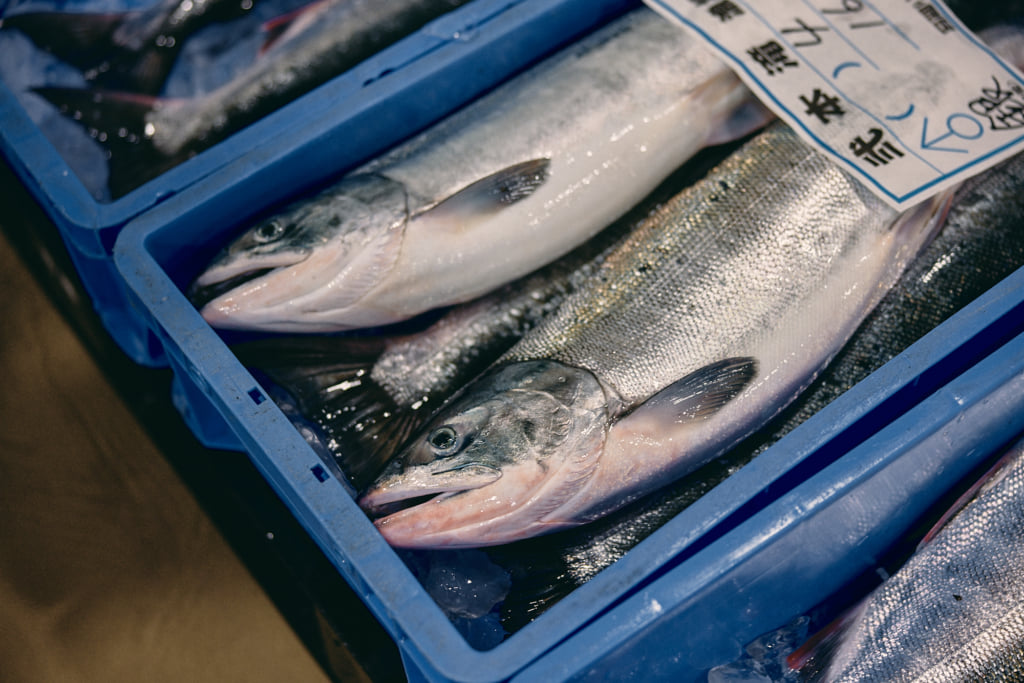 In Eastern Hokkaido, and especially Shibetsu, fishing has been a major driver of the local economy for decades. / Photo by Nik van der Giesen

Let us take a step back, however. Hayashi Tsuyonori was born to a fisherman, and ever since he ran into his dad at work while on a field trip to the harbor as an elementary-school student, he decided to follow in his path. Reminiscing, Hayashi Tsuyonori says: ‘Just seeing him working and in his element, he looked so cool. Maybe I was an impressionable kid, but I just knew that fishing is what I wanted to do from that moment on.’ While his father sadly passed away, he still holds the utmost respect for him. ‘He was a real fisherman. It wasn’t just a job for him, it was his life.’ Indeed, it is this distinction, between what Hayashi Tsuyonori calls ‘salaried employees of the fishing industry’ and real fisherman, that informs his approach to his craft to this day.

Splitting his time between Shibetsu and Aomori Prefecture, Hayashi Tsuyonori’s family eventually settled in Shibetsu. ‘He was an outsider at first, and built up a business here, the fruits of which I was eventually able to reap.’ Ironically, Hayashi Tsuyonori’s attitude and vision for his community have put him in a position where he is sometimes also struggling to be accepted by the more traditional fishing community in the town. Why? ‘I am definitely trying to do something new, something different. The fishing industry was and is very traditional.’ 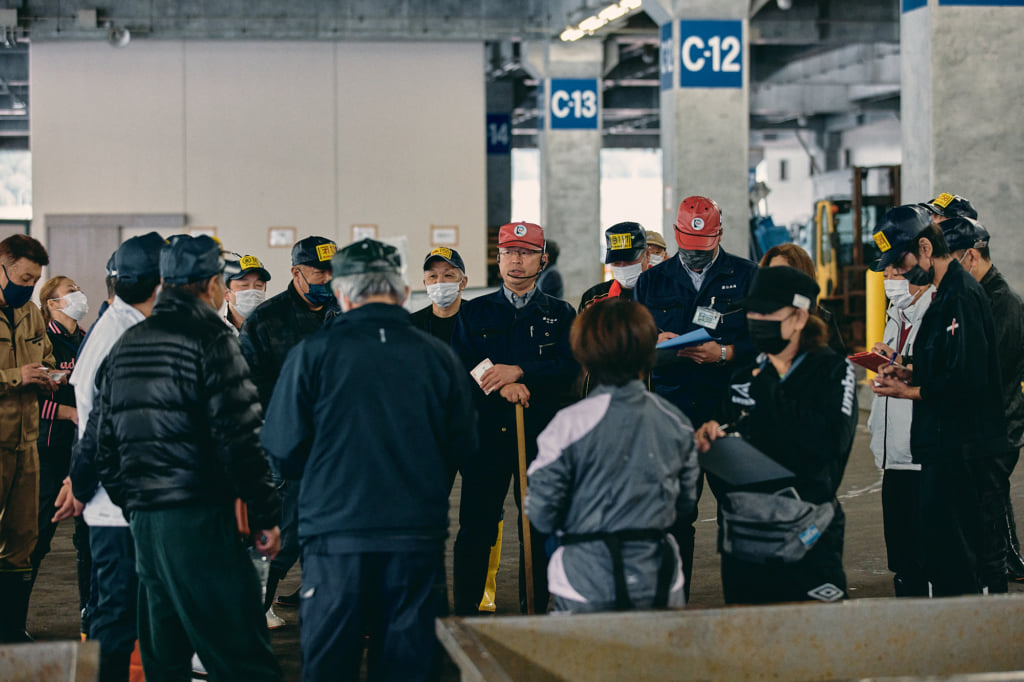 Hokkaido is known for its harsh winter. For the local fishermen, this means that they must work in a difficult environment for much of the year. / Photo by Nik van der Giesen

One of the primary ways Hayashi Tsuyonori sets himself apart is by focusing on traditionally ‘unpopular’ fish, for instance flatfish, yellowtail, or shellfish such as scallops. For him, this shift is only natural, as he is simply responding to what the ocean will give him. As he puts it: ‘For many others what I am doing is crazy. They are so stuck; they cannot conceptualize changing the old ways. I really believe that while our fishing technology has increased, our appreciation and respect for the ocean has suffered in return.’ Another related effect of the industrialisation of fishing that Hayashi Tsuyonori mentions often is the loss of respect for life. He explains that ‘fishing is inherently a craft where you take life. Respecting each life that the sea gives you and making sure that that feeling is passed on down the supply chain to the final customer, is something that we must hold dear.’ 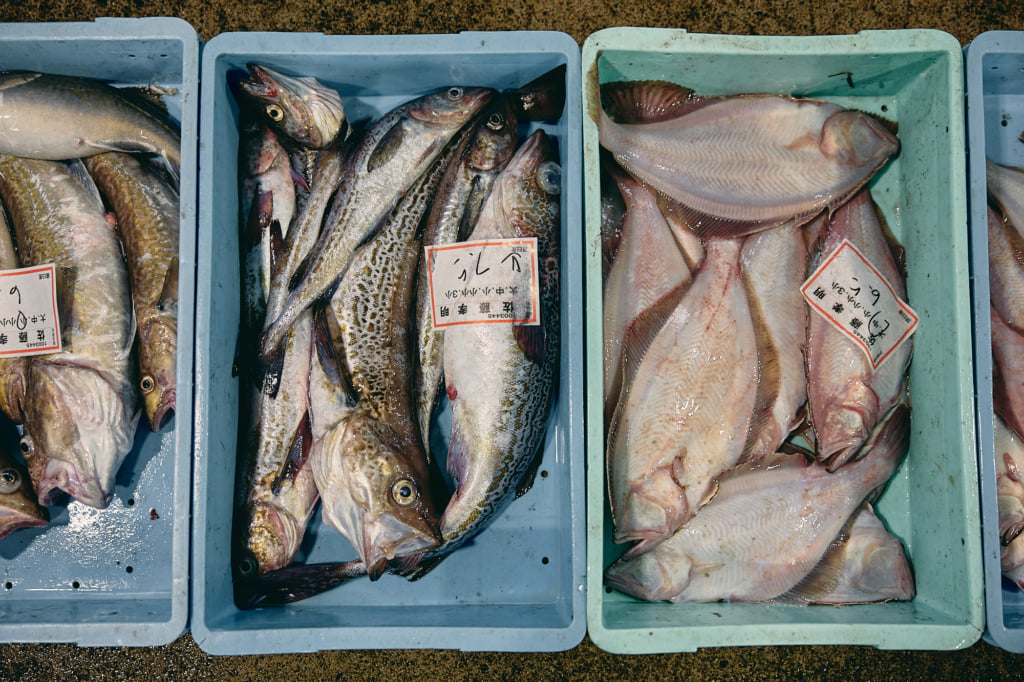 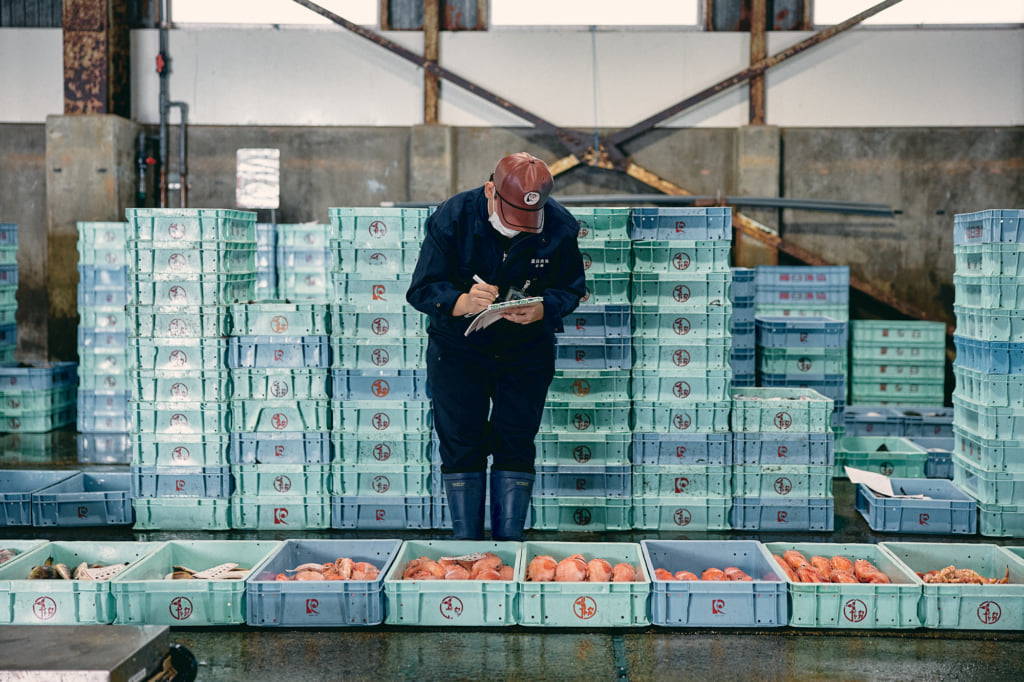 This leads us onto the second big goal of Hasshin-kai’s activities: bridging the gap between fishermen and the final customer. Hayashi Tsuyonori has already cultivated personal relationships with several restaurants, including in Hakodate and Tokyo. This way, he ensures that each fish is being handled and prepared with the same values that he holds. Ultimately, his goal is to build a brand that people can associate with his approach: ‘While Shibetsu is relatively unknown, there is a network of younger fishermen across Eastern Hokkaido who think like I do. Therefore, linking up and building an “Eastern Hokkaido” brand only makes sense.’ This way, he can effectively add value to each fish he sells and ensure that his business remains competitive despite not focusing exclusively on high yields of popular fish. 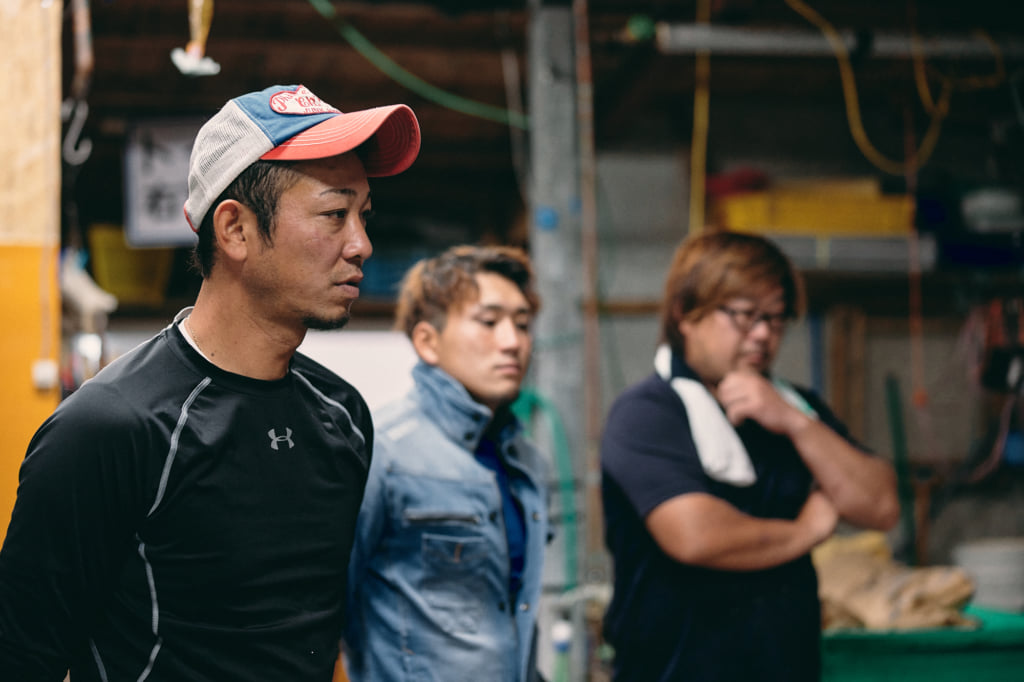 Another way to bring the final customer closer to the sea is through arranging tours. For instance, during the egg-laying seasons he sometimes takes local students on his fishing boat to marvel at the region’s nature. ‘I realized that many people are interested in authenticity. The feeling of going to sea on a real fishing boat, accompanied by real fishermen, is completely different from going on a tourist boat.’ He hopes that this can turn into a full-fledged tourism activity to attract more visitors to Shibetsu. ‘Our town is a fishing town first and foremost, so it only makes sense to stay true to who we are and give people an authentic experience.’ 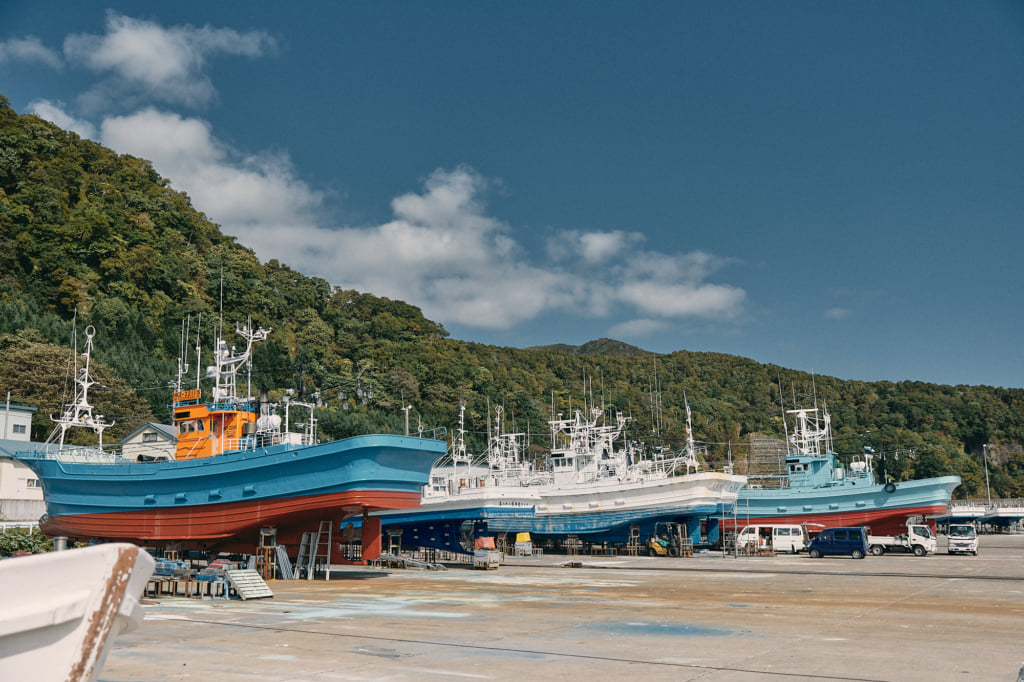 Whatever Hayashi Tsuyonori does, it seems that he is willing to break old habits and try something new. Together with his like-minded colleagues, he is attempting to change fishing in the region from the ground up. It all comes back to his core ideology: ‘We are not employees, we are not fishery operators, we are simply fishermen.’ What does being a fisherman mean to Hayashi Tsuyonori? ‘Two things: we must live to become as close to the sea as we can, and we must sustain life. This means taking what the sea grants, treating it with respect, and ensuring that we connect every soul we take with something meaningful.’ It seems that this motto is present in every new challenge Hayashi Tsuyonori undertakes. 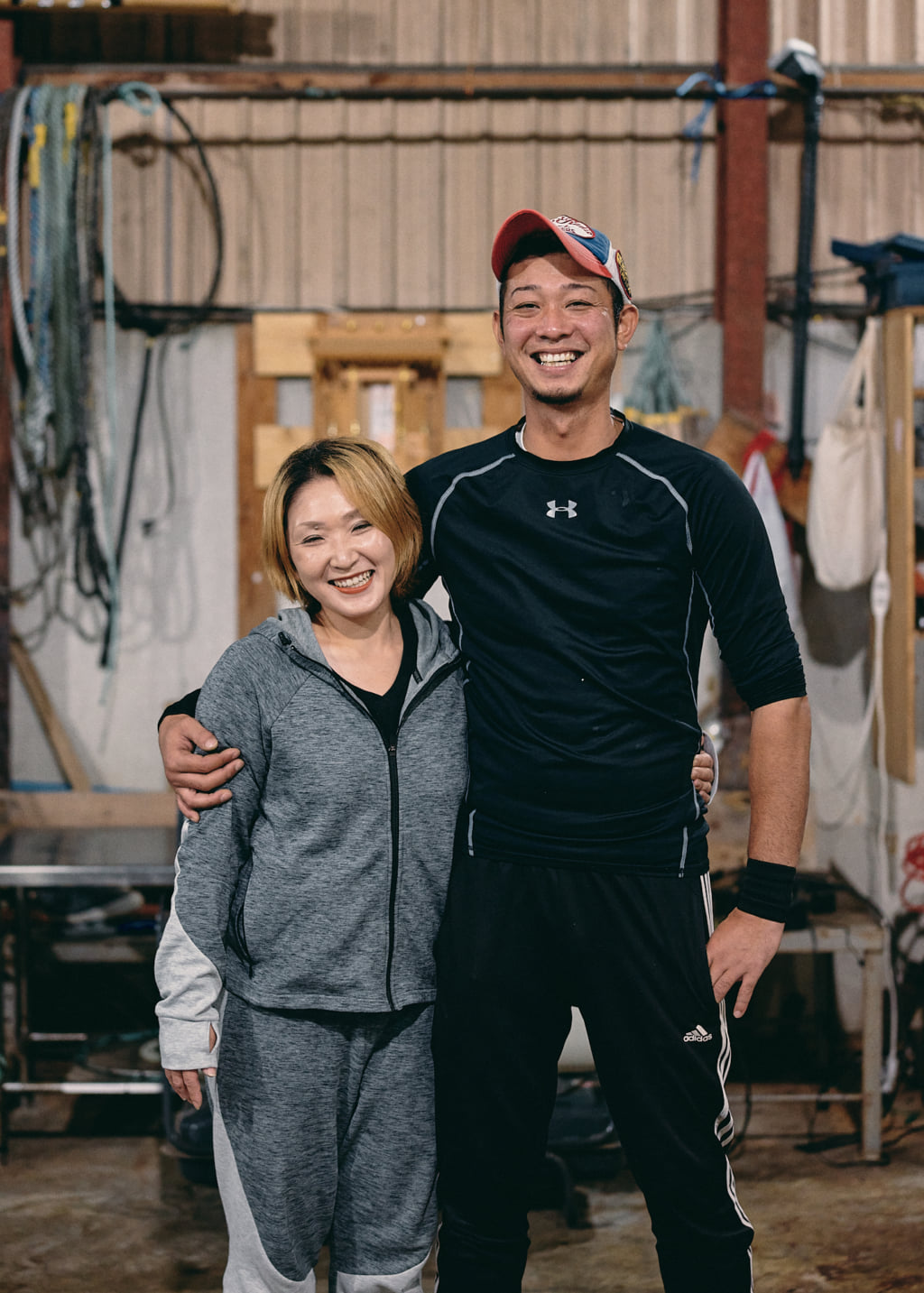 Hayashi Tsuyonori, a real man of the sea, seen pictured here together with his loving wife. / Photo by Nik van der Giesen