Unique local products cultivated in a land rich in blessings.

In the sixth volume of ‘Nihon Shoki’, the second-oldest book that chronicles the history of Japan, Ise no Kuni (now Mie) is referred to as ‘Umashi Kuni’ (beautiful country) due to its spectacular scenery. Against such a backdrop, craftsman of every kind have been passing down the secrets of Mie’s unique handicrafts for generations. 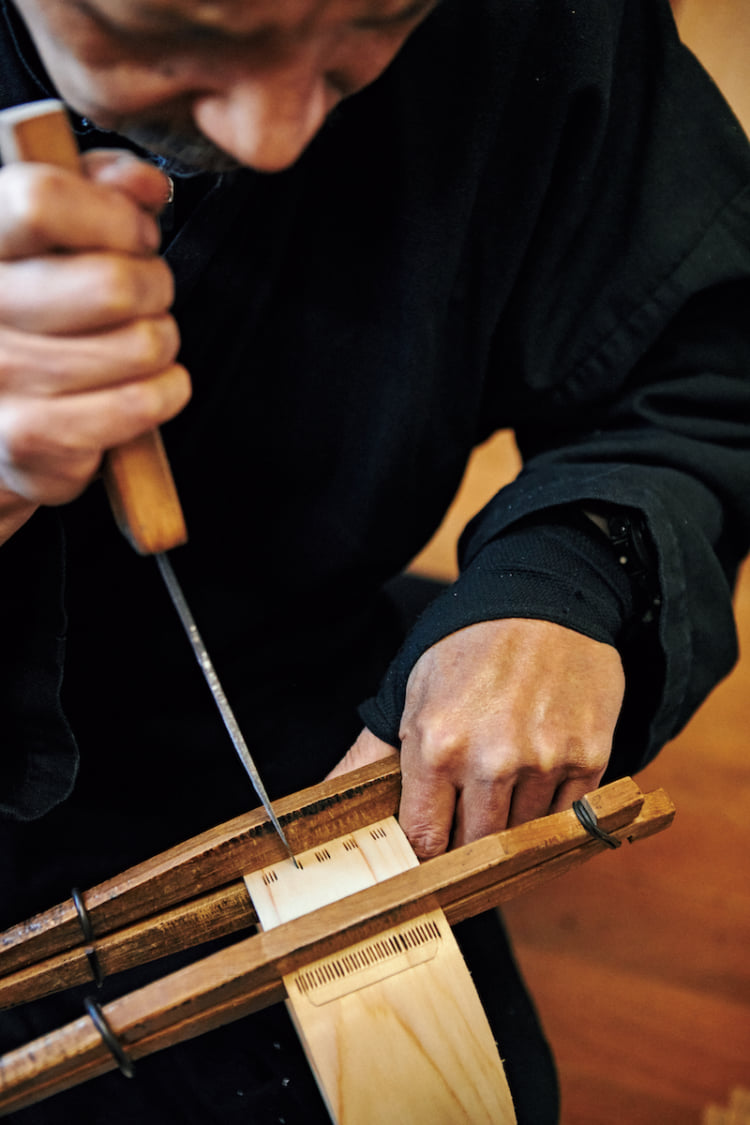 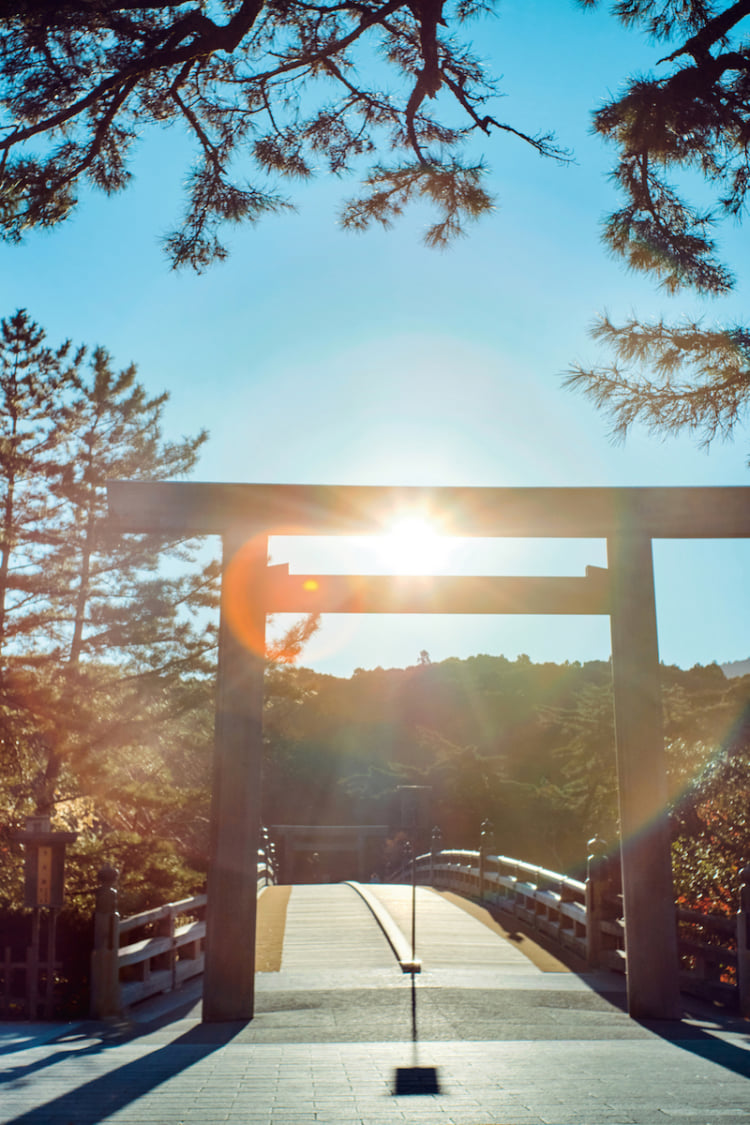 Left: Manufacturing Owase Wappa, designated as a traditional craft of the prefecture. All 45 processes, from arakidori (removing rough wood) to finishing with lacquer, are carried out by hand. Right: Sunrise seen from Uji Bridge, the inner shrine of Ise Jingu. 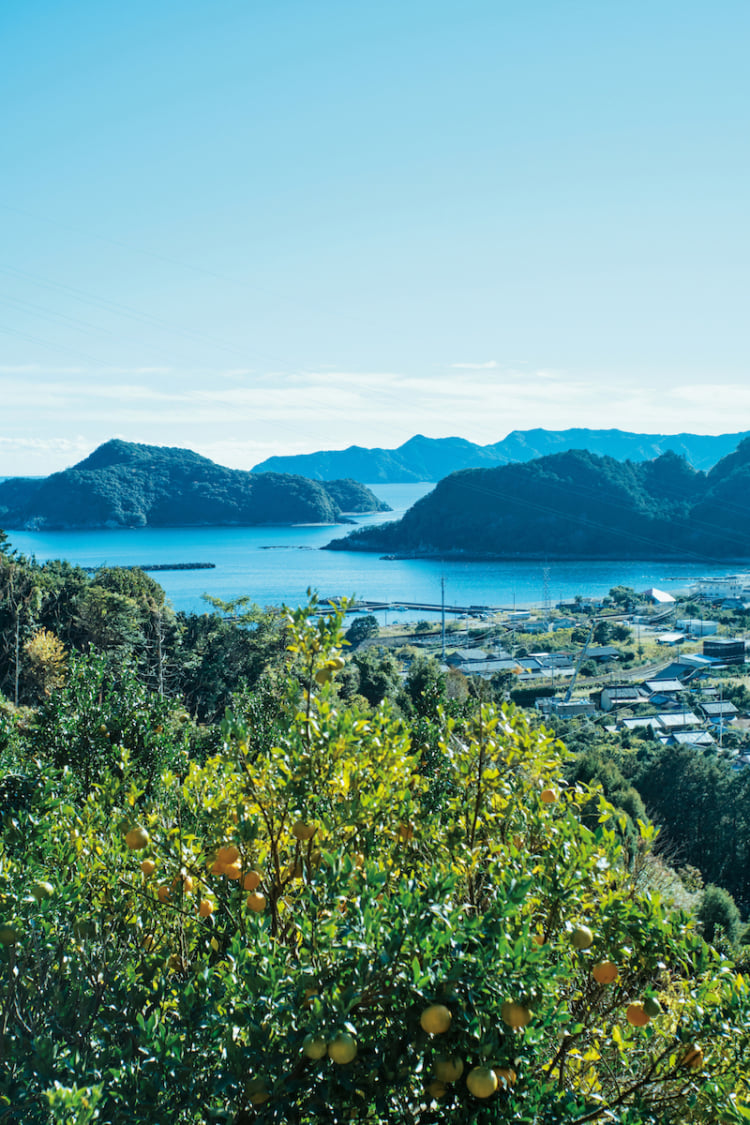 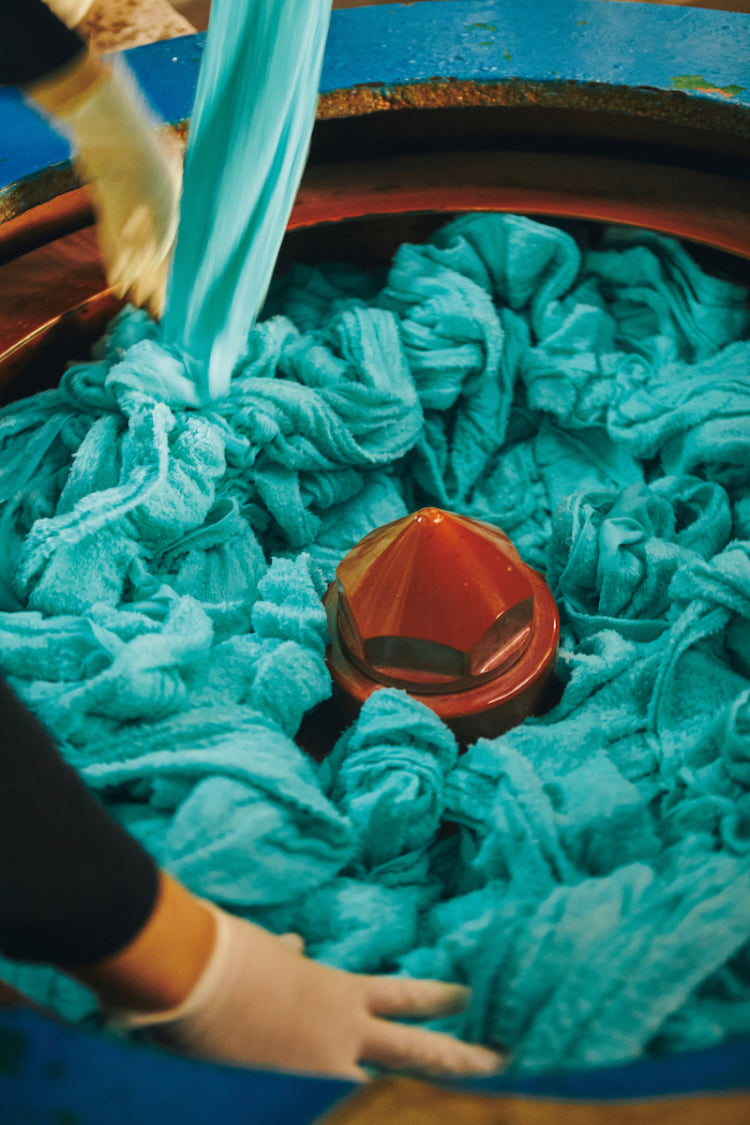 Left: The magnificent Kumano Nada seen from Horiuchi Farm in Kitamuro-gun. Right: Process of bleaching an Oboro towel. In order to maximise the water absorption of the towel, the process employs ’post-bleaching’, in which it is the completed towel, rather than the individual threads of which it is comprised, that is exposed to water and bleached.

Mie Prefecture is blessed with magnificent nature and abundant tourism resources such as Ise Jingu—one of Japan’s most important Shinto shrines, which is dedicated to the sun goddess Amaterasu—and is also known as a treasure trove of gastronomy for its fruits of both land and sea, as well as for its branded beef. However, in addition to its natural gifts, Mie also boasts a wealth of handicrafts conveying the prefecture’s traditional craftsmanship that has been nurtured for generations. A key example of this craftsmanship is Banko Yaki, found in Yokkaichi City, located in the northern part of the prefecture. Banko Yaki clay pots are characterised by a special technique of mixing heat-resistant ore (petalite) with pottery clay. At Ginpo Touki, one of the Banko Yaki kilns, Tetsuya Kumamoto, the third-generation owner, introduced an innovative system that automates the production process while retaining the warmth of the handicrafts created by craftsmen.

In recent years, he has also taken on the challenge of manufacturing and selling original brand cooking utensils and tableware, saying in an interview with Pen Japan, ‘I would like to propose products that are more in line with modern cooking and lifestyles in the future.’ Similarly, in Yokkaichi City, Isezo has been making soy sauce in kioke (wooden barrels) for generations. ‘Using a kioke that has been used for up to 100 years or longer, the soy sauce has a unique taste’, Kazuhiro Shikii, the fifth-generation owner, tells Pen Japan. In addition to traditional soy sauce and miso, Isezo also develops dressings. 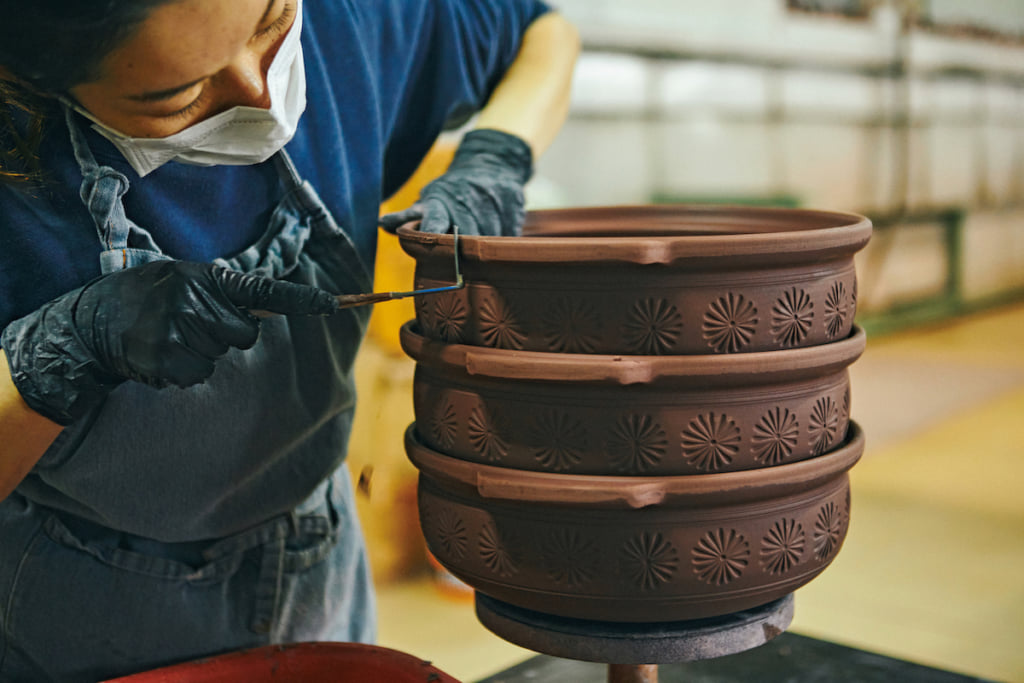 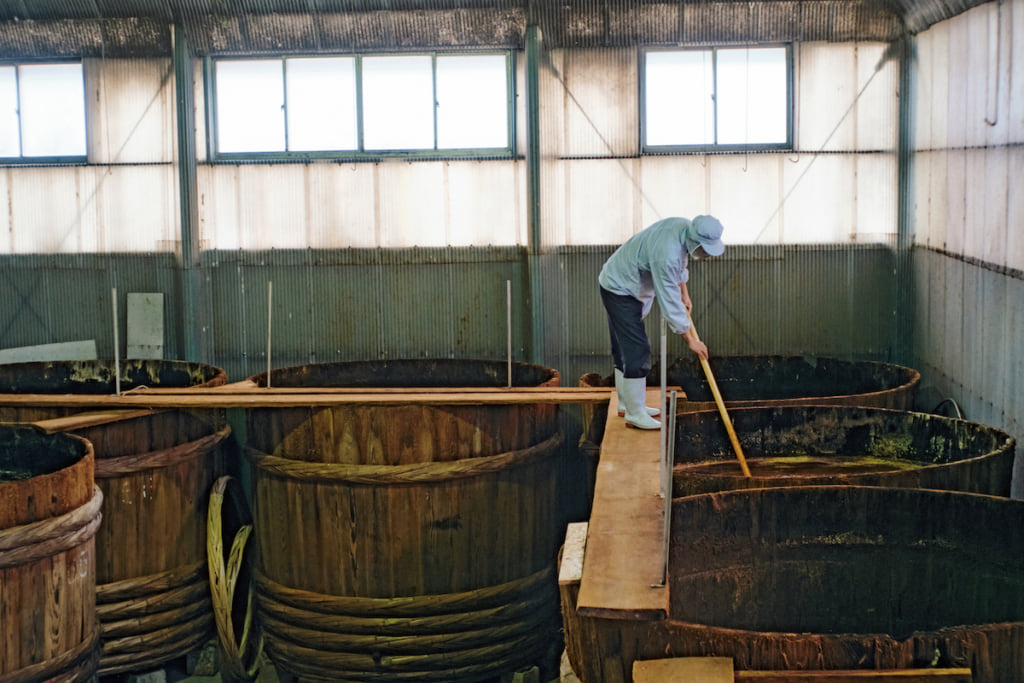 A special collaboration born of ‘All Mie’

In Tsu City, in the Chusei Region, lies ‘Oboro Towel’, founded in 1891. ‘Oboro-dyeing’, which also gave the company its name, is a dyeing technique that results in the pattern appearing vague when it is dry but clear when it becomes wet. The technique was invented by Shouzaburo Morita, a nihonga artist and the founder of Oboro Towel.

And then, in Ise City, in the southeastern part of the prefecture, Ise Kadoya Beer, a craft beer maker, has won the top award in numerous ‘beer cups’ both in Japan and overseas, making a leap from its humble origins at a mochi shop owned by Ise Jingu to enjoy worldwide success. Further south, in Owase City, the fourth-generation owner of Nushikuma, Koshi Seko, preserves the tradition of Owase Wappa, lacquered food containers that have been a favourite of lumberjacks working in the forest for a long time.

Koshi Seko, who tells Pen Japan, ‘I repair wappa that were made over 100 years ago, and in addition, have started my own tradition of creating various lacquer ware’, is a modern master craftsman who feels not only the spirit of tradition but also that of innovation.

Local producers representing Mie Prefecture with various products, ranging from Iga Kumihimo (an ancient technique of braiding dyed silk threads), Matsusaka Momen (indigo-dyed cotton fabric), and Ise Udon, to Kitamuro-gun mandarins, gathered together for the ‘All Mie Project.’ Introducing the craftsmen and masterpieces that continue to spin the traditions of the area, the project is a collaboration between Pen Magazine Japan and Mie Prefecture with the aim of rediscovering the charm of the region. 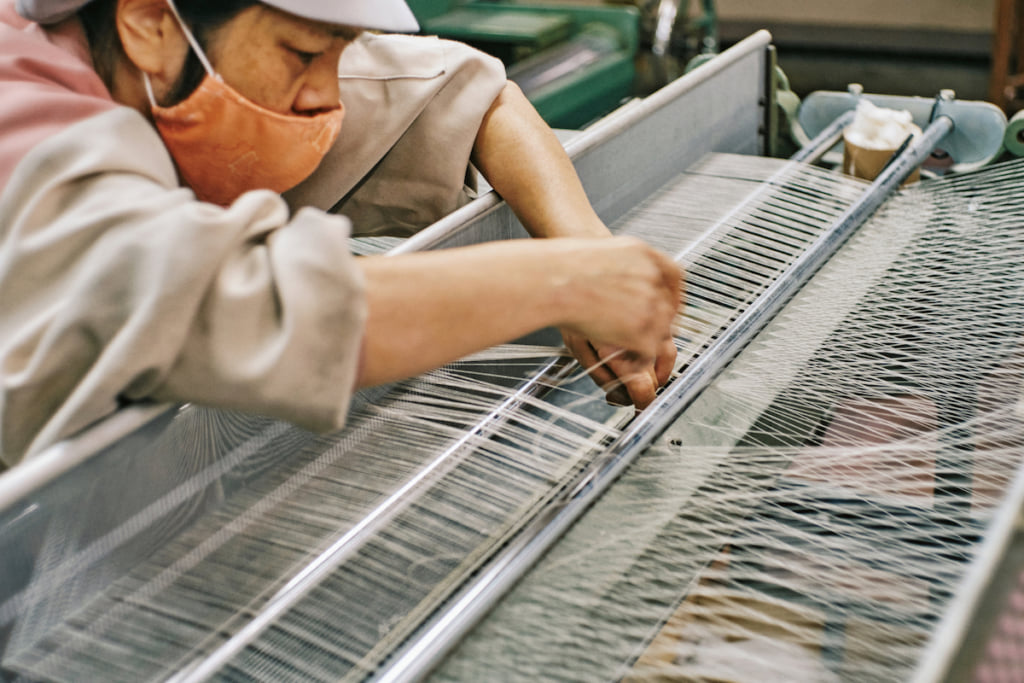 Warping process with an Oboro towel. In preparation before weaving, multiple threads are combined into one. 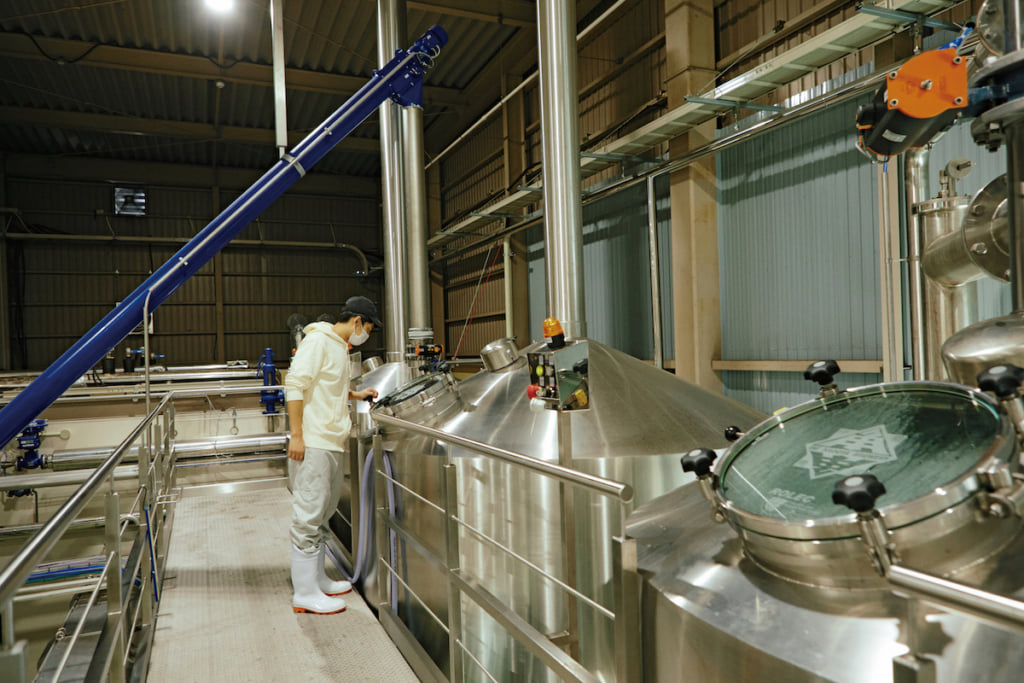 A new factory for Ise Kadoya Beer was completed in 2018. The epoch-making full-automation system was adopted because President Narihiro Suzuki refused to think of human resources as a mere labour force. 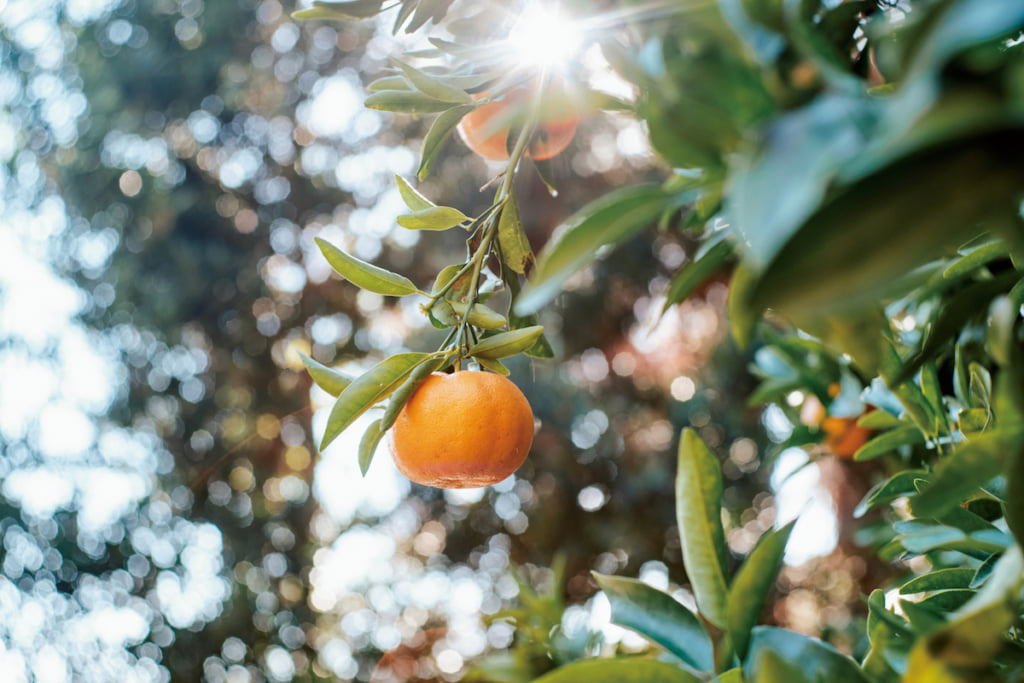 Horiuchi Farm in Kihoku-cho, Kitamuro-gun. Mandarin oranges and ponkan, cultivated with pesticides that are reduced depending on the season, are only sold at the direct sales office at the farm or through mail order using Instagram.

More detailed information about Kholomo’s products (in Japanese only) 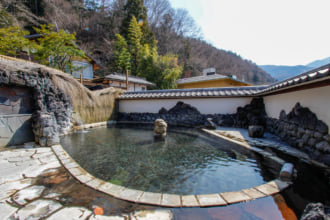