Sapporo, at the Roots of Japanese Cuisine

Fish and shellfish, fruits and vegetables, dairy products, mutton, and wagyu beef… the list of foods that Hokkaido exports to the rest of the archipelago is long and expresses the importance of the island to the Japanese art of cooking. One product that abounds in the waters of this northern island is kombu seaweed, used in particular to prepare the dashi broth that is so important in Japanese cuisine. Take a trip to Sapporo, the land of kombu. 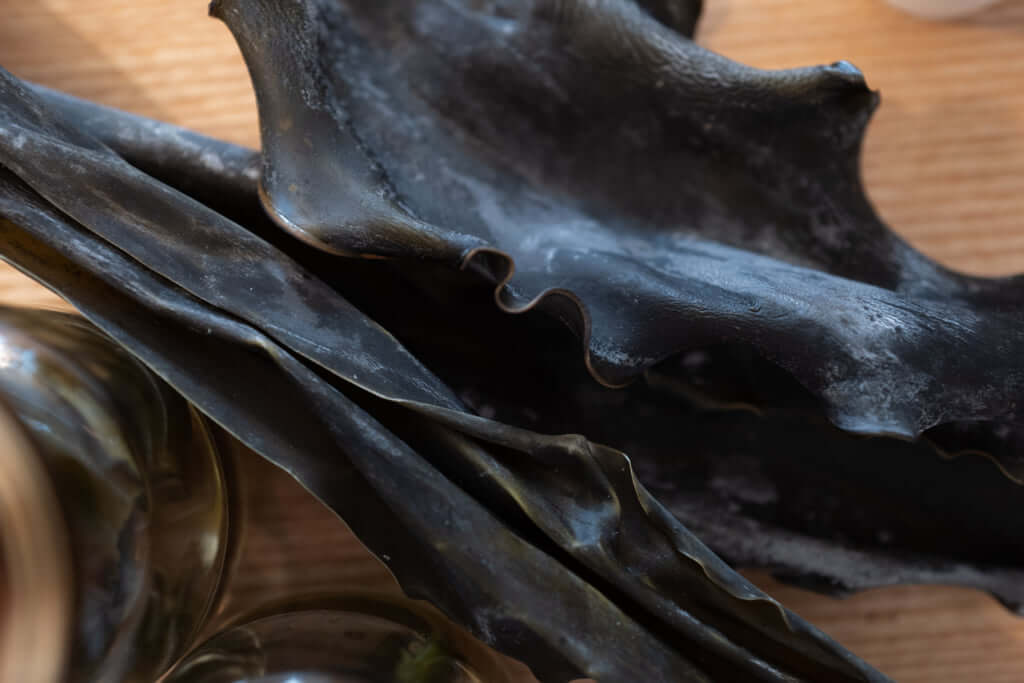 Ask French tourists passing through the archipelago, or Parisians sitting at a table in one of the many Japanese shops along Rue Sainte-Anne, what for them expresses the richness of Japanese cuisine, what is their favorite dish, and they will answer ‘sushi’ or ‘raw fish’, or occasionally you will hear ‘tempura’ or ‘yakitori’. Some, perhaps more sophisticated, will respond with ‘soba’, ‘udon’, or ‘ramen’. Now, ask some starred chefs, especially the many who are used to Paris-Tokyo flights: they will answer you with one word. Which word? Kombu, the name of the seaweed that gives the flavor to dashi, the broth so characteristic of Japanese gastronomy—its most precious and best-kept secret too. Miso soup, ramen, or simple simmered vegetables, the dishes that borrow their flavor—culinary experts call this ‘umami’—from the precious seaweed are numerous and there is not a Japanese chef who does not have a personal preference, a favorite seaweed. There is little doubt about where the seaweed comes from: Hokkaido is the source of almost all—over 90%—of the seaweed used in the best restaurants, such as those found in the ‘depa-chika’, the basements of department stores where the most demanding consumers come to find prepared dishes or quality ingredients. The same goes for the vast majority of the archipelago’s supermarkets. 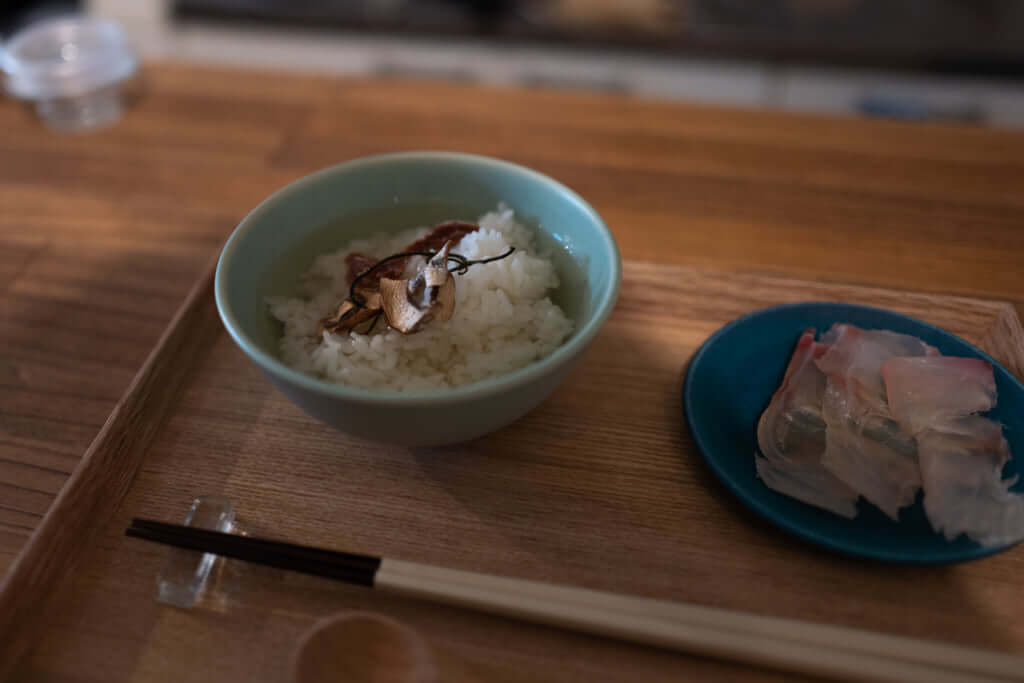 During the demonstration by Kimura-san, the guests are invited to taste all kinds of preparations.

Kombu, for Kimura Maiko, is a family story. In 2018, she opened Nanakura Kombu, an elegant boutique in the southern part of Sapporo. There are all kinds of kombu, sold here in designer bags, with flavorings such as coffee or green tea. Above all, the place allows you to get acquainted with the secrets of the seaweed; a counter is provided for this purpose. Sitting there, one can listen to Kimura-san discuss her cooking tips while she presents the different varieties of seaweed. There is the Rishiri kombu, the most popular—a classic of Kyoto cuisine; the Hidaka kombu, from black-brown to dark green, excellent on the palate; or the Ma-kombu, undoubtedly the most popular of all because of its consistent quality. All of them have their followers, a bit like varieties of grape or olive oil, which alone can give a wine this or that aroma, a dish this or that flavor. 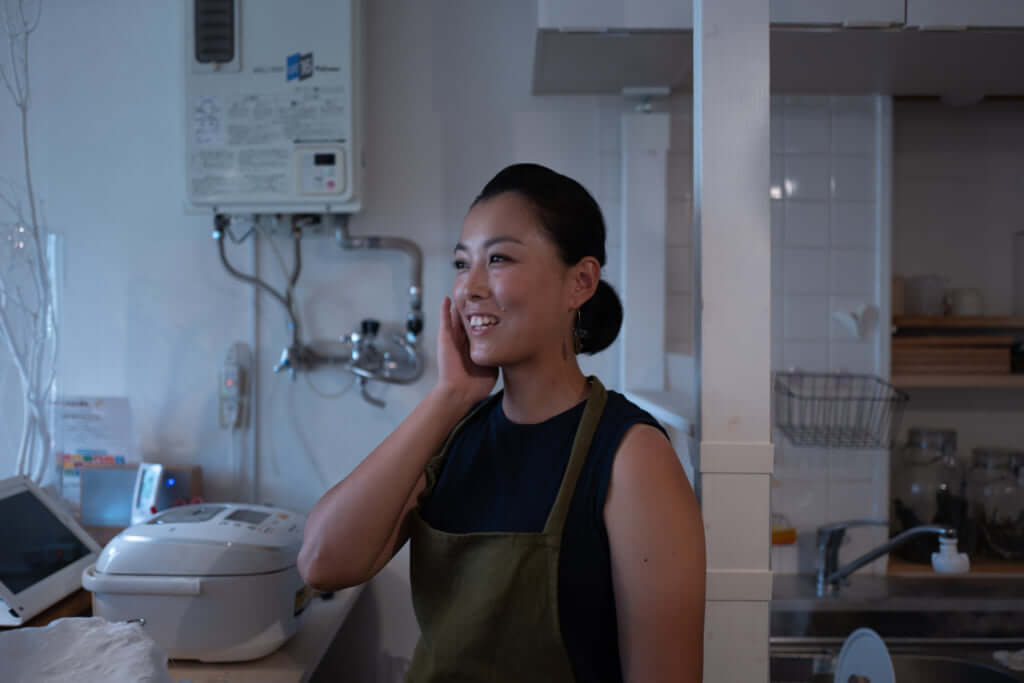 With Nanakura Kombu, Kimura Maiko perpetuates the family history in her own way.

The kombu Kimura-san prefers is the one from Hidaka, where she grew up. It is there, on the eastern side of the island, that her ancestors earned their living by trading kombu. Today, as then, the kombu harvest is completed on specially equipped boats—a hard and physically demanding task. Once harvested, the kombu must be soaked in order to soften it before cooking. It was when her grandfather was talking about closing the family seaweed-harvesting business  as he ran out of strength that Kimura-san had the idea of opening her own store. She named it in honor of the founder of the family business, Shichizo; the kanji characters used in the name Shichizo can also be read as ‘nanakura’, meaning ‘the seventh store’ —a number attributed to sellers at Hidaka’s marketplace. It is necessary to see how Kimura-san speaks about all of this, making us taste one after the other the different dashi, detailing carefully the virtues of the kombu, to understand how great is her will to continue the tradition, in her own way.

Perpetuating this culture of dashi broth and with it the tradition of kombu is also something that Furukawa Jun and Hiraoka Hiroshi do, albeit in their own way. Both of them cook ramen, those ubiquitous noodles that are so popular you can find them in train stations across the archipelago. Ramen is almost synonymous with Hokkaido: the island is very well-known for the quality of its noodles, with Sapporo being at the forefront. Furukawa-san owns MEN-EIJI HIRAGISHI BASE, an address well known to enthusiasts, located in the east of Sapporo. Meanwhile, Hiraoka-san has opened Japanese Ramen Noodle Lab Q in the center of the city, a stone’s throw from Sapporo City Hall. Could we imagine more different profiles? Probably not. Furukawa-san is direct and spontaneous, as proud as a kid when he shows us the machine he uses to make his homemade noodles,  which he brought all the way from Kyushu, at the other end of Japan. Hiraoka-san, on the other hand, is more composed, more methodical and concentrated, but no less determined, sure of himself and of the quality of his ramen— detailing with meticulousness, the stopwatch never far away, each step of the preparation, demonstrating with precision of gesture the importance of each ingredient. 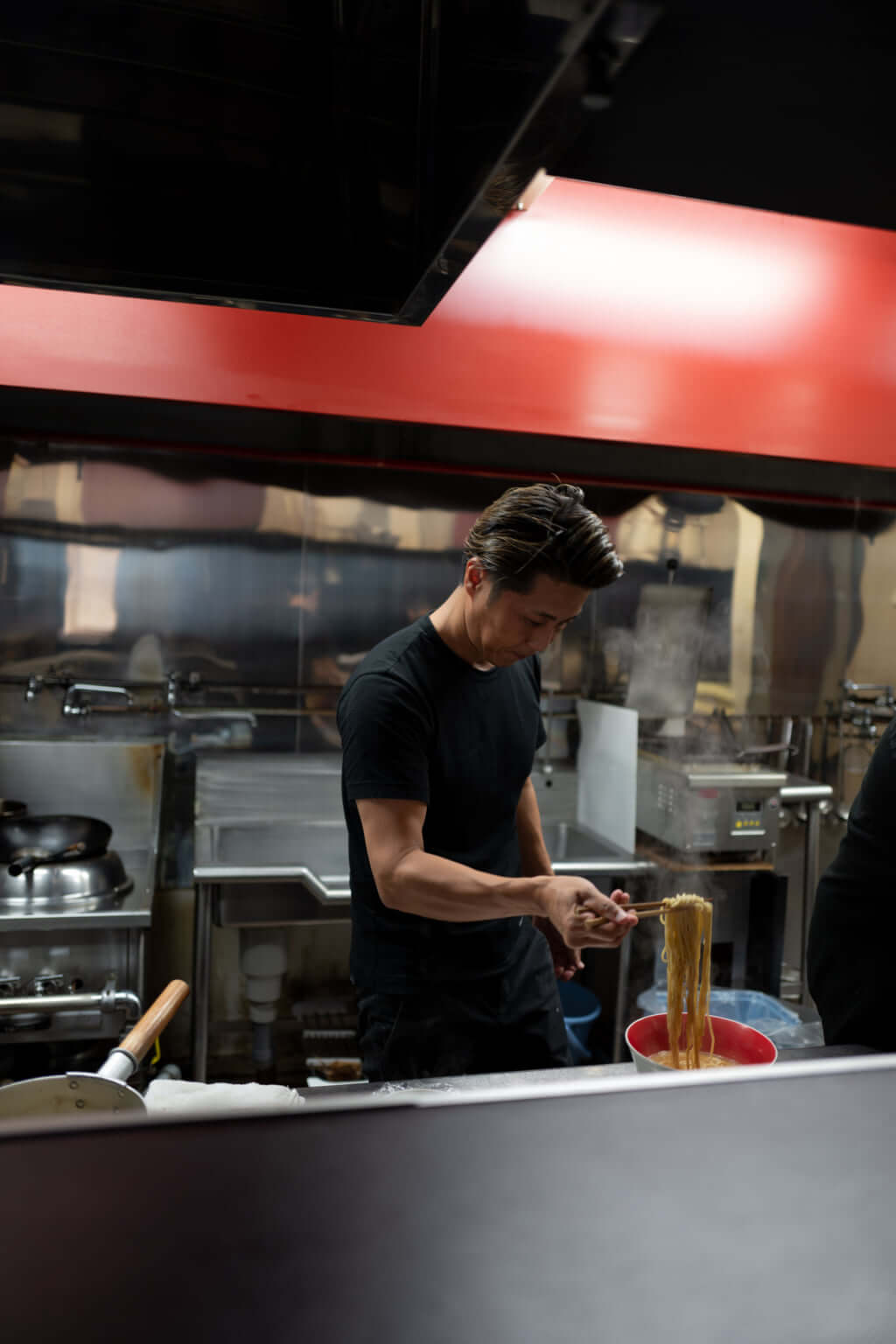 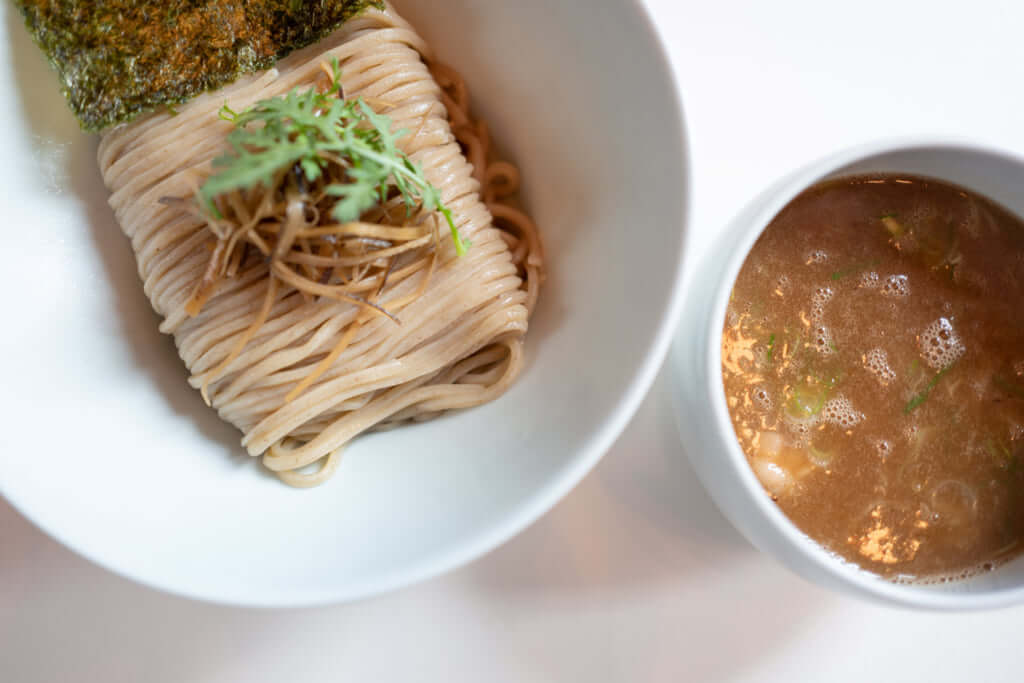 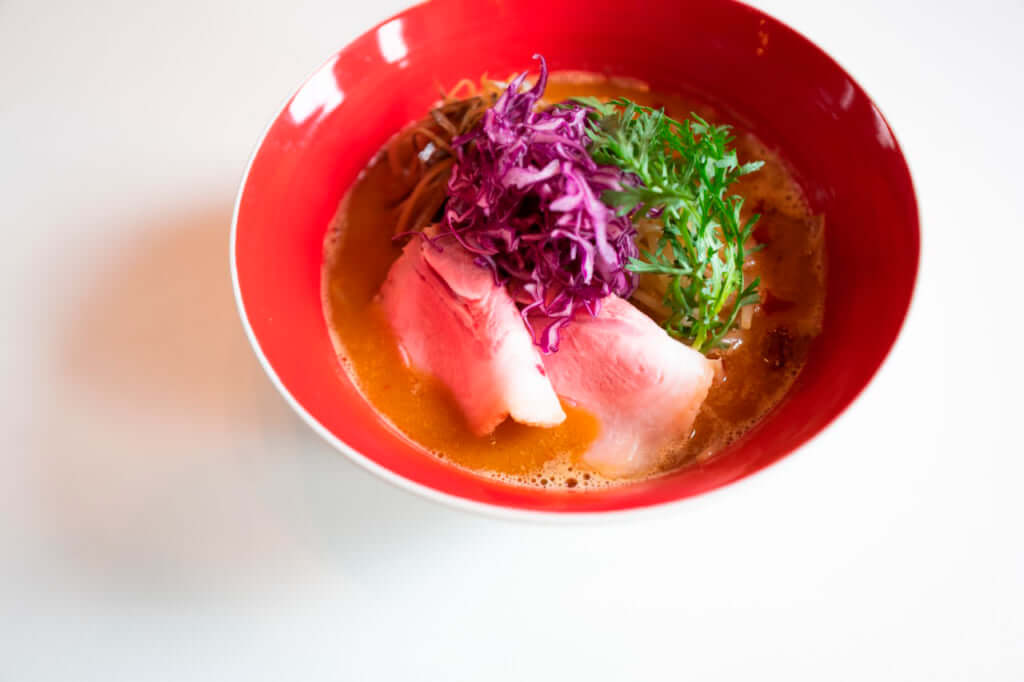 MEN-EIJI HIRAGISHI BASE's 'Sapporo miso EIJI style' ramen is so delightful that it alone would justify the trip.

The beauty of these chef’s ramen dishes is in their flavor : tasty and consistent, the devil’s own creamy broth at MEN-EIJI HIRAGISHI BASE is softer and more subtle in taste, but is more sophisticated at Japanese Ramen Noodle Lab Q. The same goes for the decoration: at MEN-EIJI HIRAGISHI BASE the noodles are served in a typical ramen-restaurant setting, with walls filled with autographed signs left by famous customers, while at Japanese Ramen Noodle Lab Q, they are served in a trendy bistro atmosphere. If it weren’t for the unique and elaborate noodles from Hiraoka-san, it would be hard to believe that you are in a noodle restaurant. Is ramen the new Eldorado of Japanese cuisine’s ‘B-Kyu’ (popular with the masses) gastronomy? Why not! It is, in any case, one of the most appreciated specialties of Hokkaido, the island of a thousand flavors. 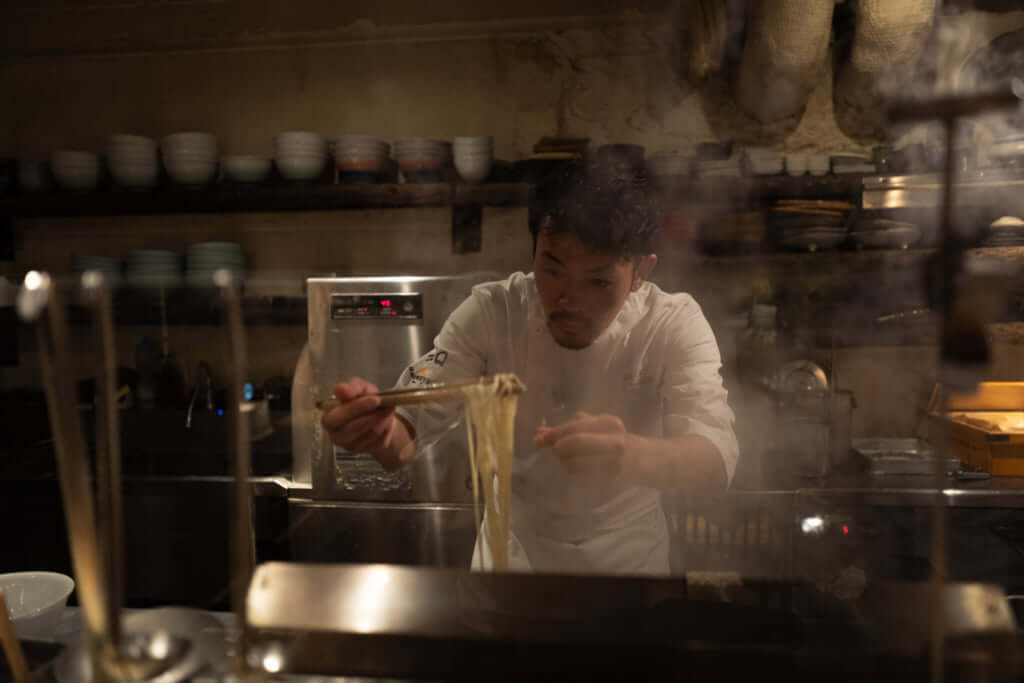 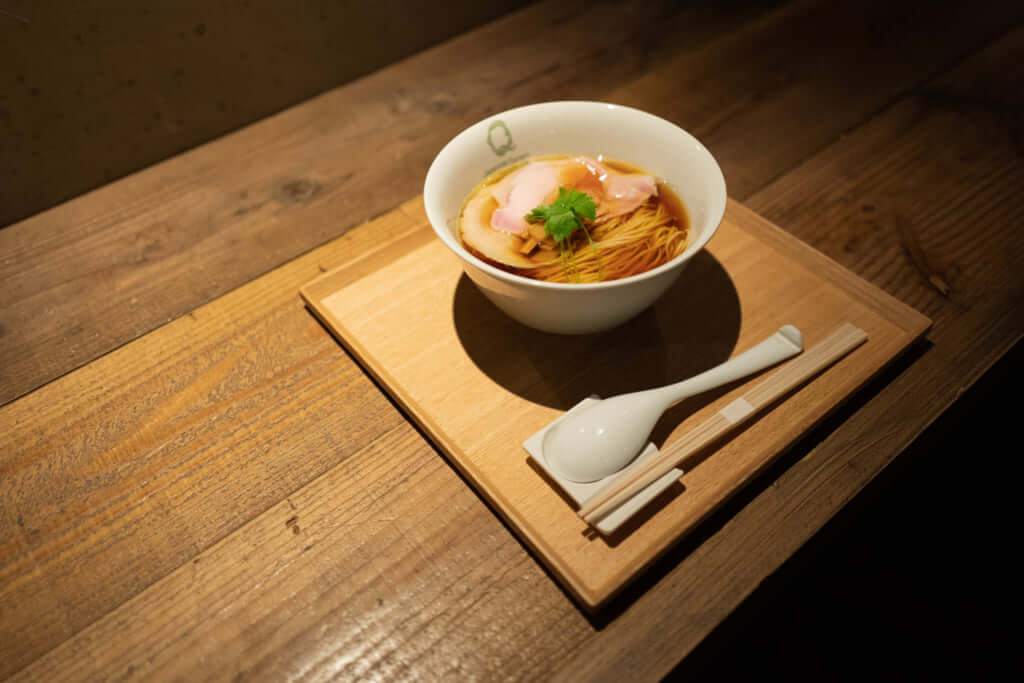 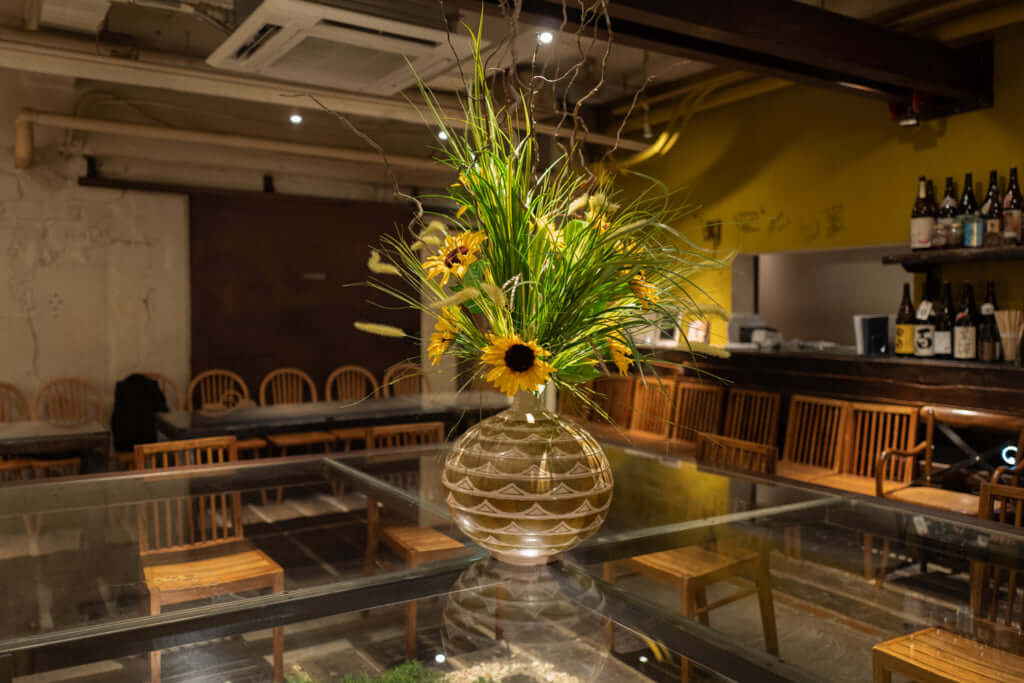 With its elegant design, the interior of Japanese Ramen Noodle Lab Q has little in common with traditional ramen restaurants. 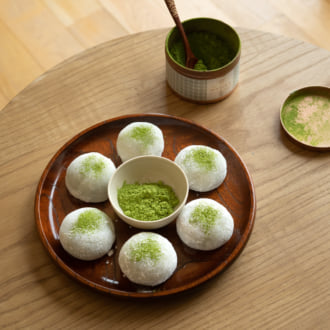 From My Kitchen to Yours, Mathilda Motte