You won't find any tarmac roads here, nor buildings with multiple storeys, nor even a ‘konbini’, the iconic Japanese supermarket. 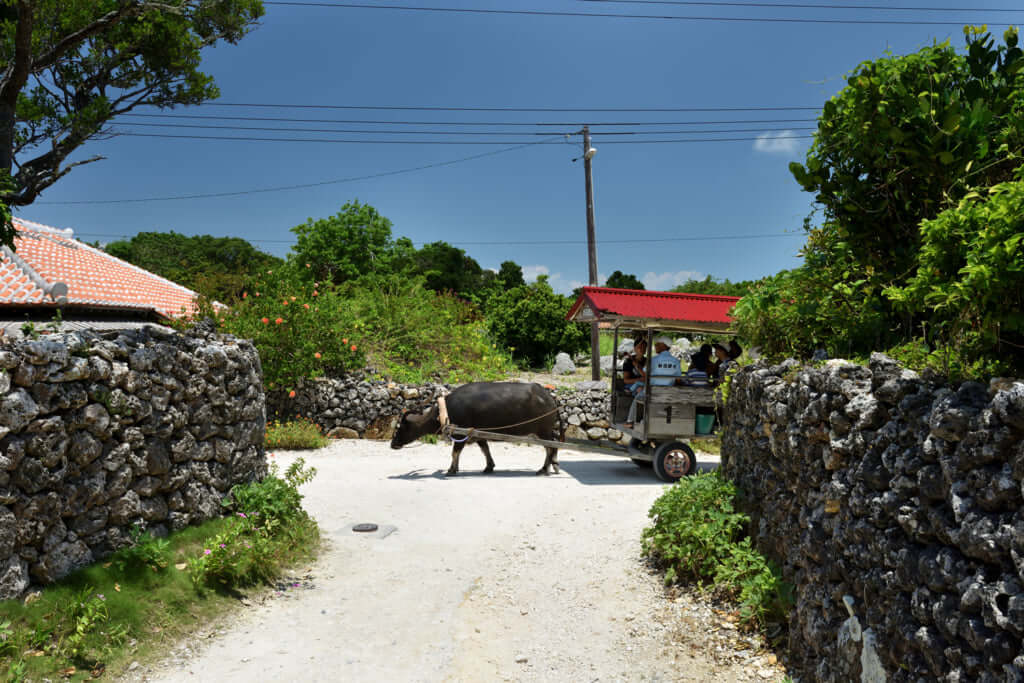 With its white-sand beaches, turquoise waters, and tropical climate, Taketomi seems more like a tropical island than an appendage of the Japanese archipelago. There is a reason for this: if you look for the minuscule Taketomi on a map, you’ll find it nestled alongside the coast of Taiwan, in the Tropic of Cancer.

The island of Taketomi is part of the Sakishima archipelago, the southernmost group of the Japanese islands, closer to Taiwan and Hong Kong than to Kyoto or Tokyo. While Iriomote is the most well-known island in the region, hosting numerous Japanese tourists year on year who come for its water sports or simply to relax, Taketomi is the quieter, more discreet neighbour. Stretching out over just six square kilometres and home to just 360 inhabitants, the island is nevertheless full of appeal for anyone who takes the time to stop by.

You won’t find any tarmac roads here, nor buildings stretching up over multiple storeys, nor even a konbini, the little corner shops that are so iconic across Japan. Visiting Taketomi is like turning back time; all new buildings are constrained by very strict building regulations, meaning you will travel over white sand paths in order to access the only village on the island, where you’ll find traditional houses typical of the Ryukyu kingdom to which the island belonged from the 14th to 19th centuries. With gardens full of bougainvillea, encircled by small stone walls and houses with red clay rooves, the architecture here is not what one is used to finding across Japan.

More attentive visitors will also notice little terracotta statues depicting a hybrid animal, somewhere between a dog and a lion, watching out from the rooftops. These are shisa, small creatures inherited from Chinese culture, intended to bring happiness and to protect houses from evil spirits.

Beaches but no swimming

Beyond its small village, Taketomi is also known for its beaches, where white sand meets turquoise water. But more importantly, the main impetus here is the preservation of nature. The island is part of the Iriomote Ishigaki National Park, meaning swimming is only allowed on one beach, Kondoi.

The other, wilder beaches, are nevertheless worth the detour, even if swimming is forbidden. Most notable is Kaiji Beach where you’ll find the famed star sand, hoshizuna, for which the island is best known. One merely has to plunge their hand into the sand for it to reemerge with small coral stars stuck to the skin. The stars are exoskeletons of single-cell protozoans, considered to have been among the first beings on earth. This natural treasure is the reason for such protective regulations.

The island is accessible by a 15-minute boat ride from the island of Ishigaki and makes for the perfect day trip. For those who want to experience the supreme calm once night falls, it is also possible to stay over. While there may not be any huge hotels, you’ll find a number of minshuku, small Japanese guest houses, hosted by local residents in their homes—the best way to discover the heart of this wild, untouched beauty.

Taketomi can be reached by ferry from Ishigaki Island where an airport is located. 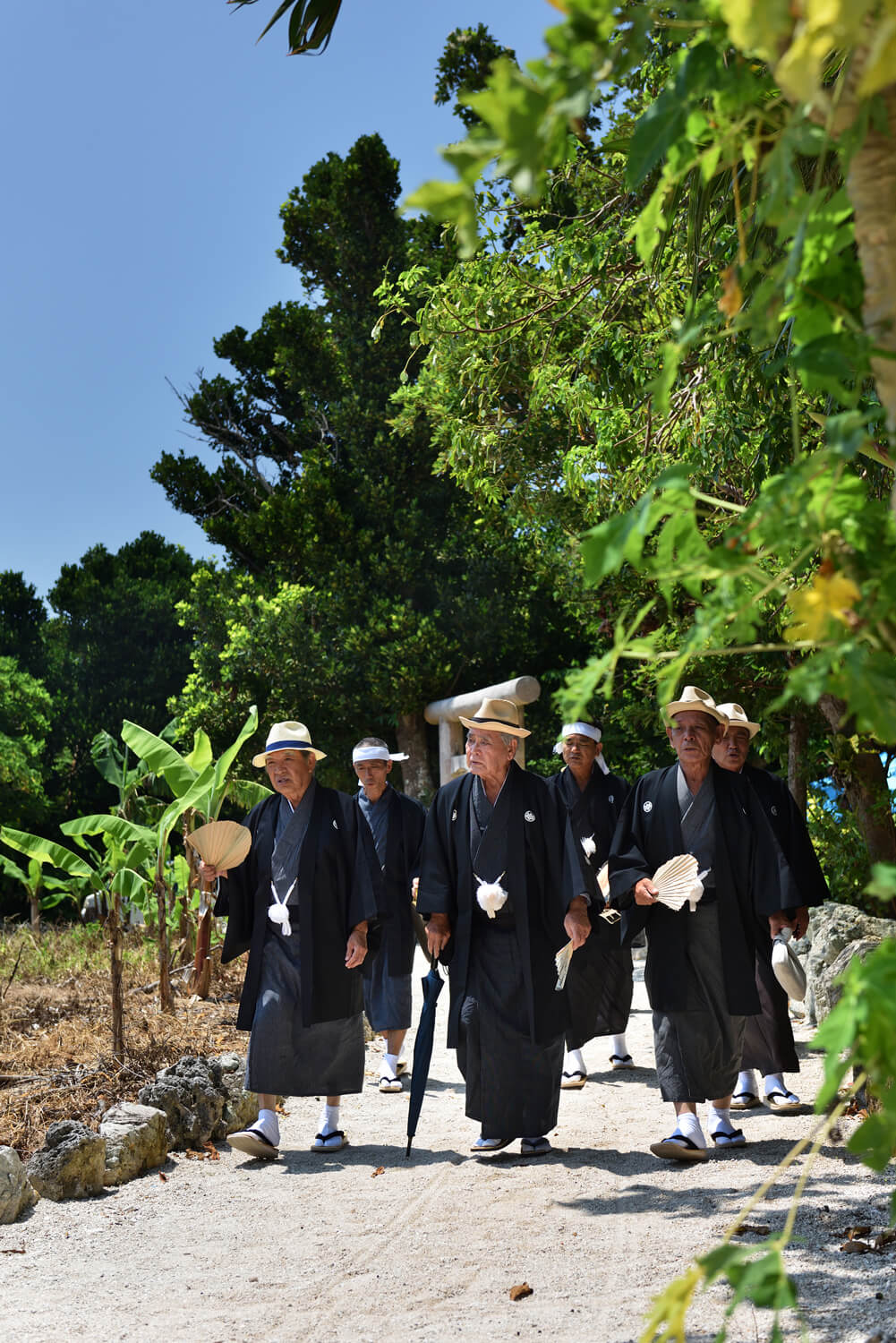 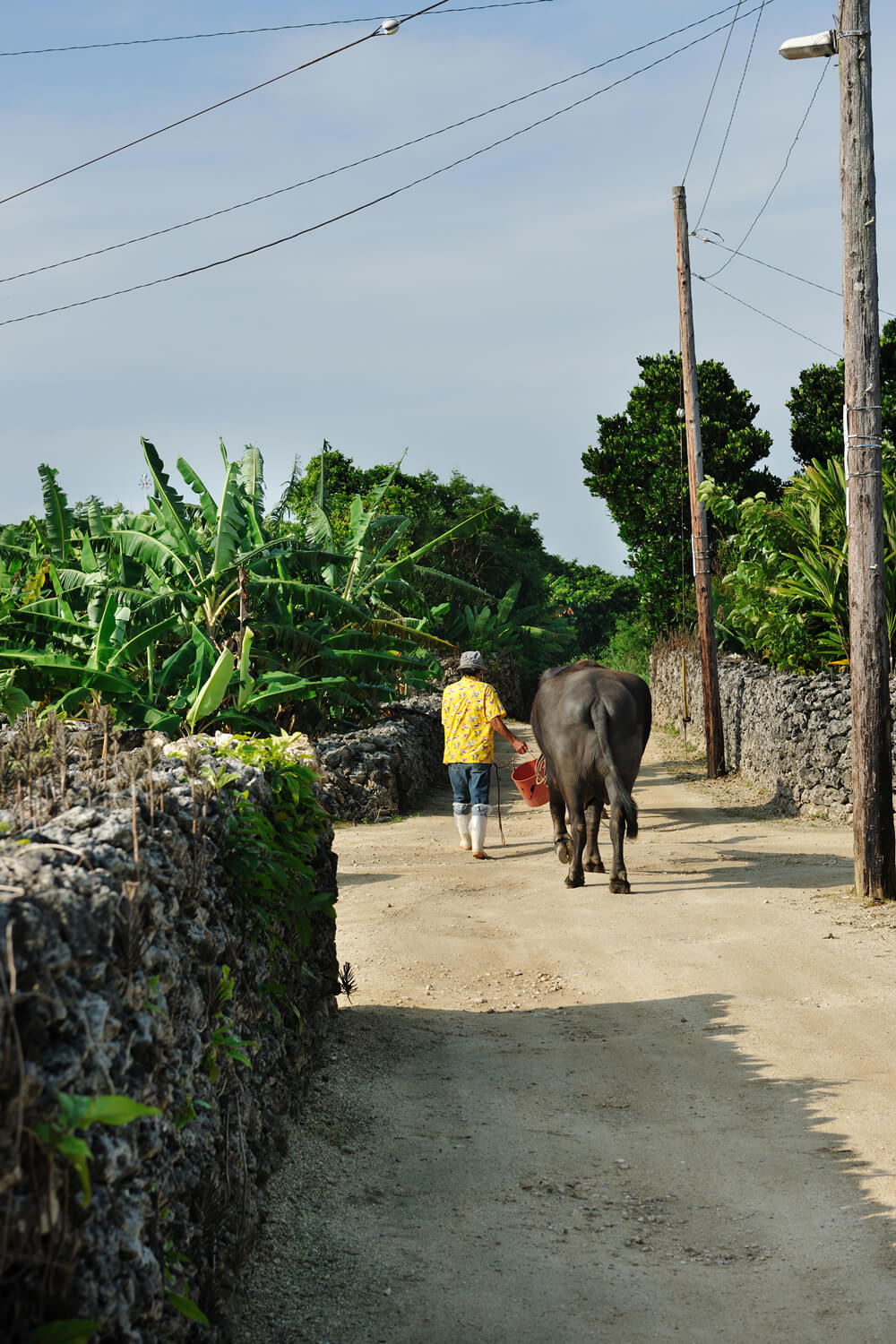 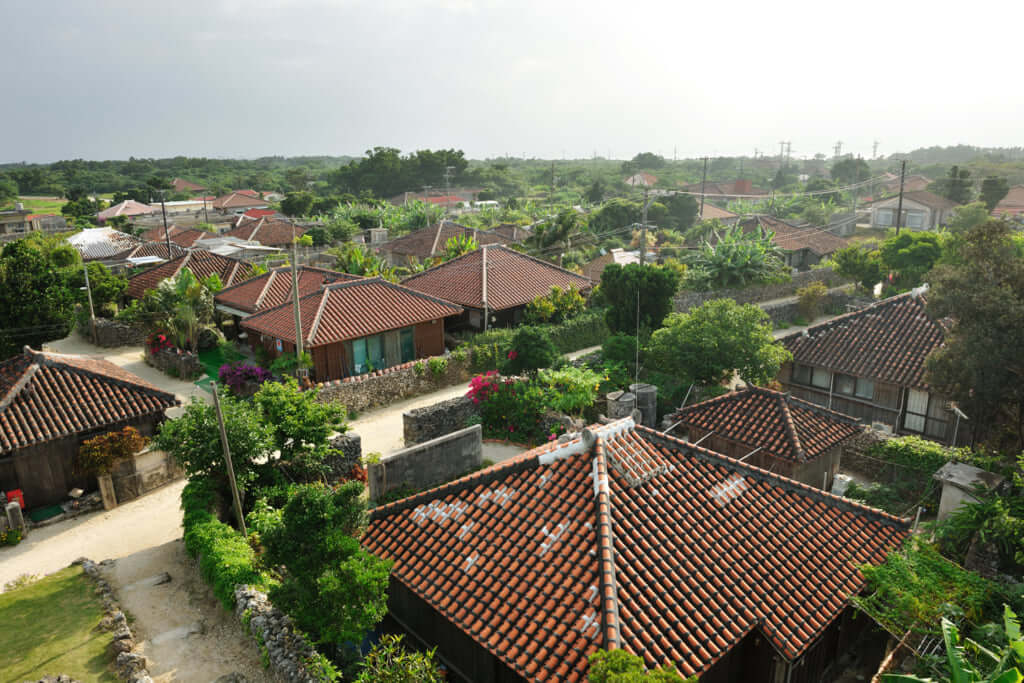 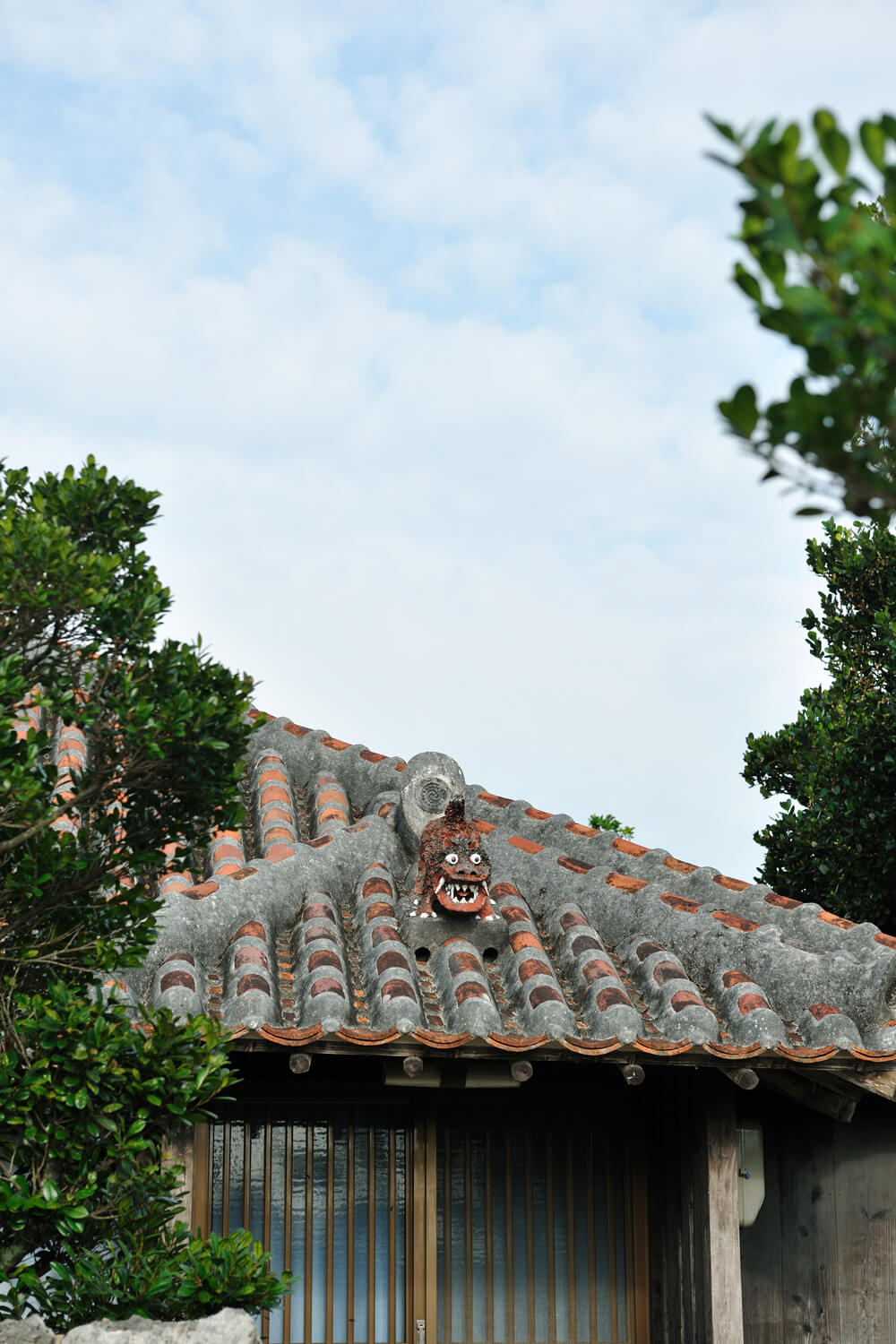 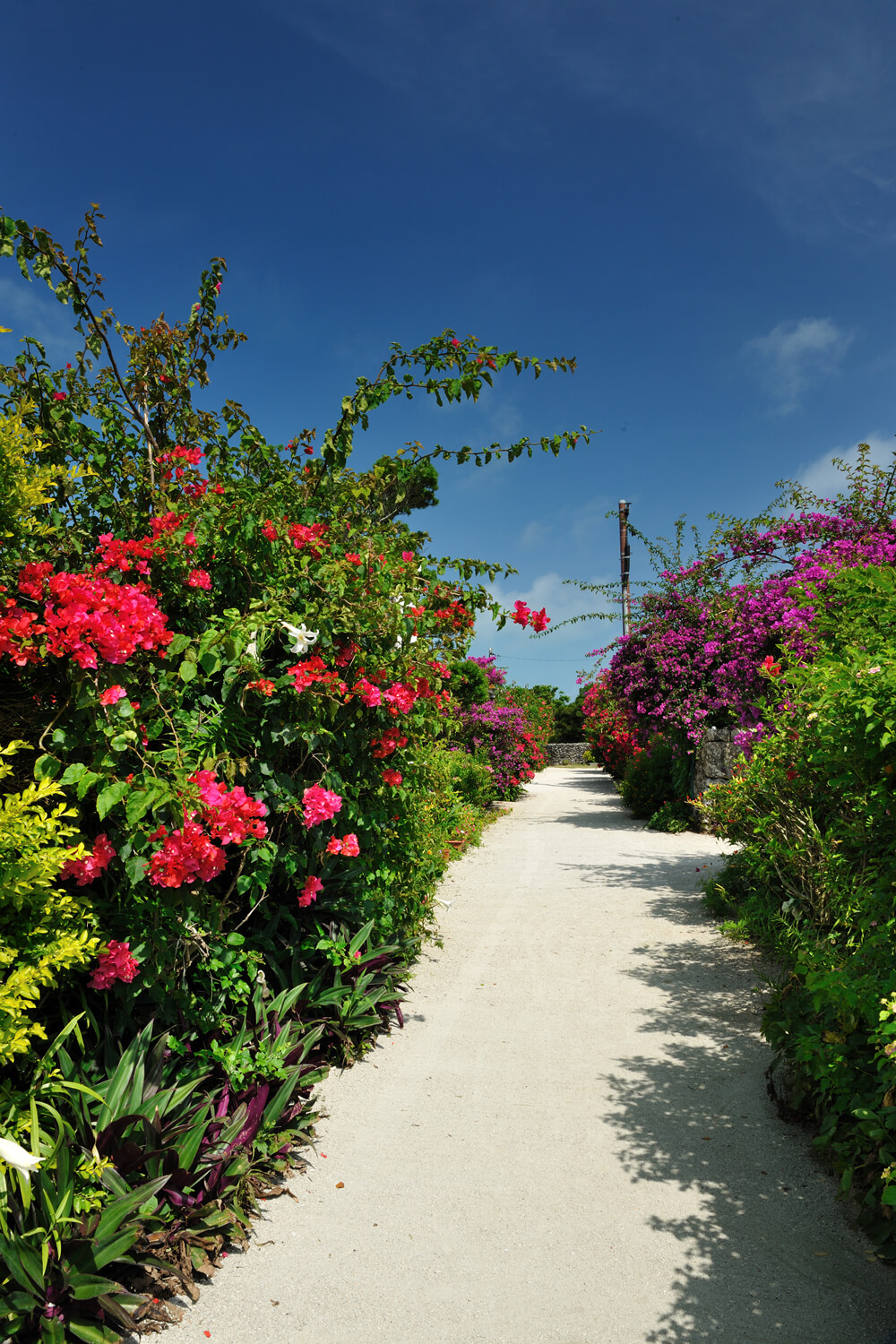 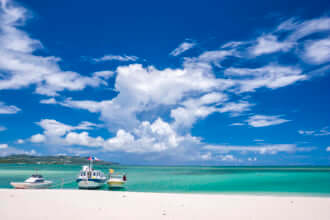 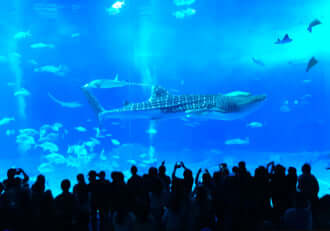