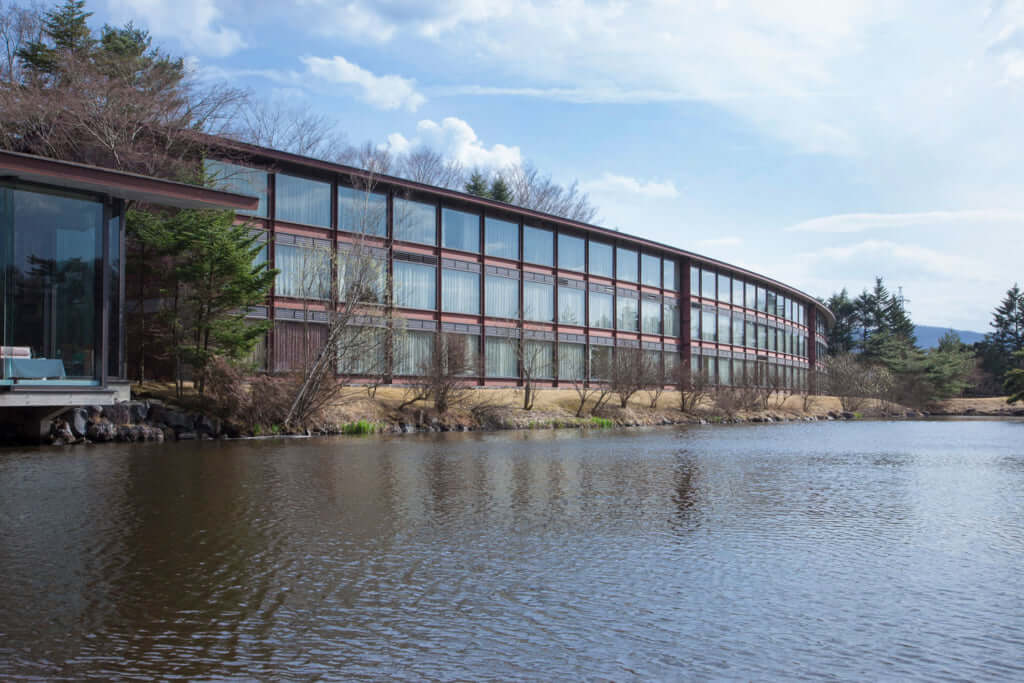 The low-rise architectural style of all 100 guest rooms. The windows virtually fill the whole space from floor to ceiling, presenting guests with an unobstructed view of the grand scenery.

The Prince Hotel chain, which now stretches into every corner of Japan, has its roots in Karuizawa. It started its existence as a hotel after the remodeling of the villa of the imperial Prince Asaka in Sengataki (in Karuizawa), giving rise to the name of ‘prince’. Two years later, it opened another hotel nearby that was the remodeled villa of the businessman Kaichiro Nezu, and which is located on the site of what is now the Karuizawa Prince Hotel. With just slightly more than eighty rooms, the hotel offered a relaxed setting. Thereafter, during Japan’s high-growth years of the 1950’s through the 1970’s, the Prince Hotel group expanded to central Tokyo and outlying regions of Japan, building various types of accommodations in the process. In Karuizawa, the company extensively developed the area lying to the south of the train station, establishing golf courses, a skating centre, and Japan’s first ski slope featuring artificial snow. In 1973, with the opening of the Karuizawa Prince Hotel (now the Karuizawa Prince Hotel East), the area became a full-fledged, round-the-year resort including golf courses and a ski resort. 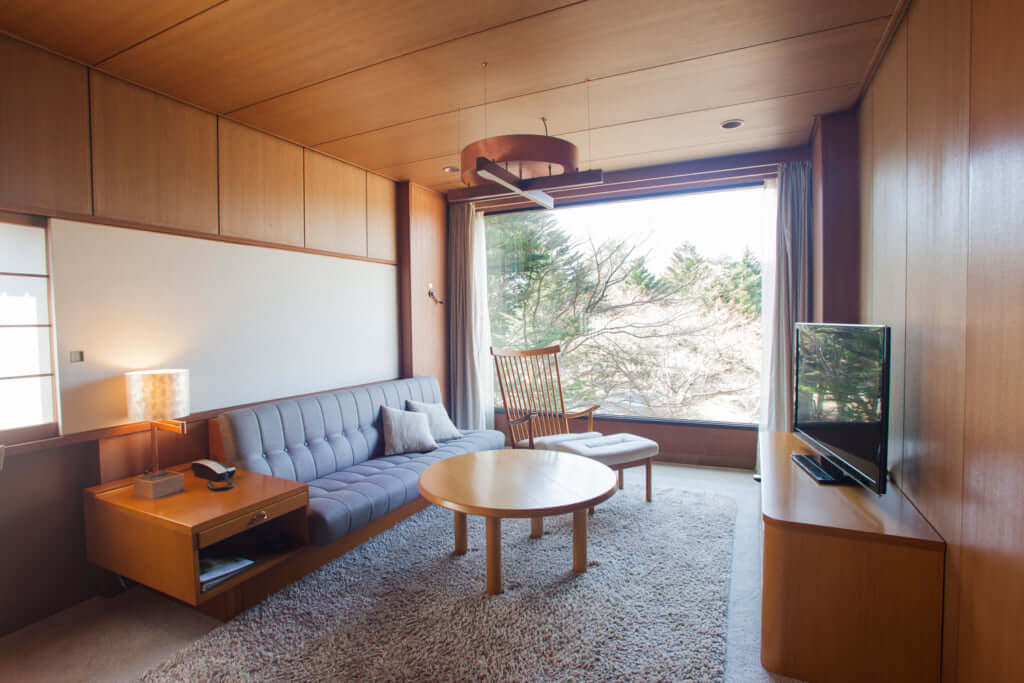 Family Suite, Room 256. While relaxing in the woody, relaxed atmosphere, one can appreciate the majestic view from the window. 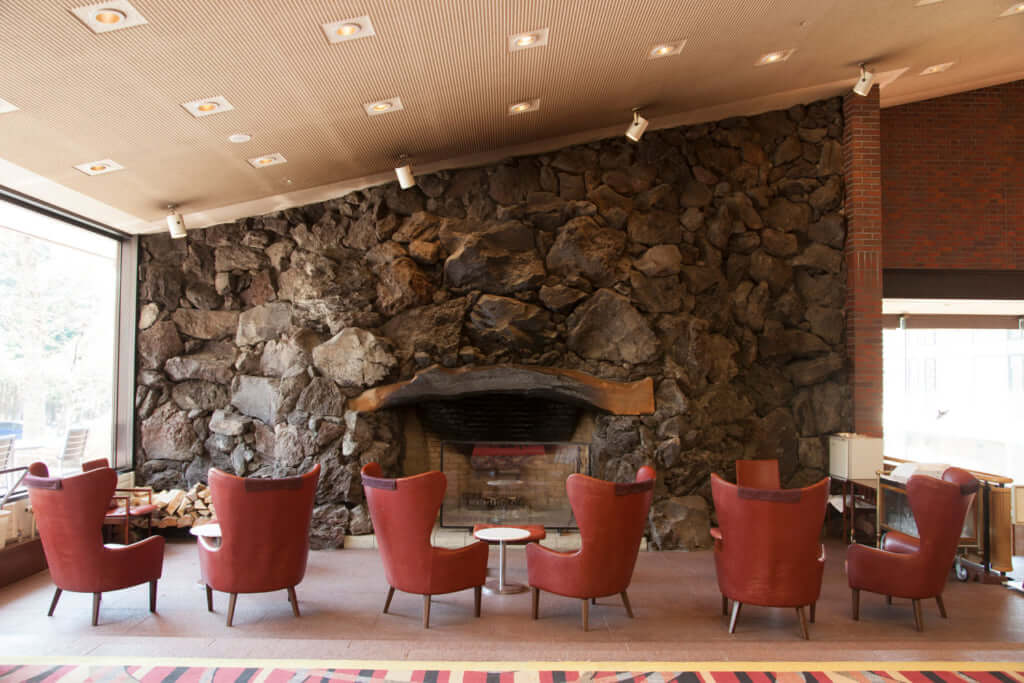 The fireplace, which has welcomed countless guests from the time of the hotel’s founding in the 1970’s. The powerful impact of the stone wall has only increased in profundity as the years have passed.

The birth of a large-scale resort as Japan’s economy boomed.

In 1982, with a maturing society and a mounting interest by Japanese in leisure activities, the Prince Hotel group opened a vast golf course and the new building of the Karuizawa Prince Hotel (now ‘The Prince Karuizawa’), a luxury hotel with a sweeping vista of Mt Asama, with the intention of creating one of the country’s top resort hotels and to increase the hotel’s scale. The architectural design of the building by Kiyoshi Seike continues to captivate many clients even today, as an iconic symbol of the Prince Hotel group. The location is unmatched, with the guest rooms characterised by a woody, relaxed feeling in the style of a ship cabin, and all featuring a view overlooking Mt Asama. The window end of the rooms describes a gentle curve, merging into the surrounding woods. Even though everything necessary can be found on the hotel grounds, including shopping, skiing and golfing facilities, the vicinity of the hotel is remarkably tranquil, suffusing guests with a sensation of luxury.

As Japan entered the Heisei Era in 1989, resort culture in the country also reached a stage of maturity, and in 2017, the Karuizawa Hotel East was totally remodeled. The resulting effect is that of a playful, forest resort, making full use of the relaxed atmosphere designed by Kisho Kurokawa, with the interior design carried out by Yukio Hashimoto, and some of the textiles adopting Minä Perhonen products. The fireplace that remains in one corner of the lobby retains the motif of golf drivers, paying homage to the facility’s pioneering role in the 1970’s as one of the country’s first golf resorts.

Much credit must be given to the Prince Hotel group for turning Karuizawa—which used to be an area of private villas for the privileged class, including cultured persons, politicians, and the business elite—into a broadly inclusive place that a wide variety of people can enjoy. It continues its evolution, aiming to become a new type of resort that can be enjoyed through all the seasons of the year. 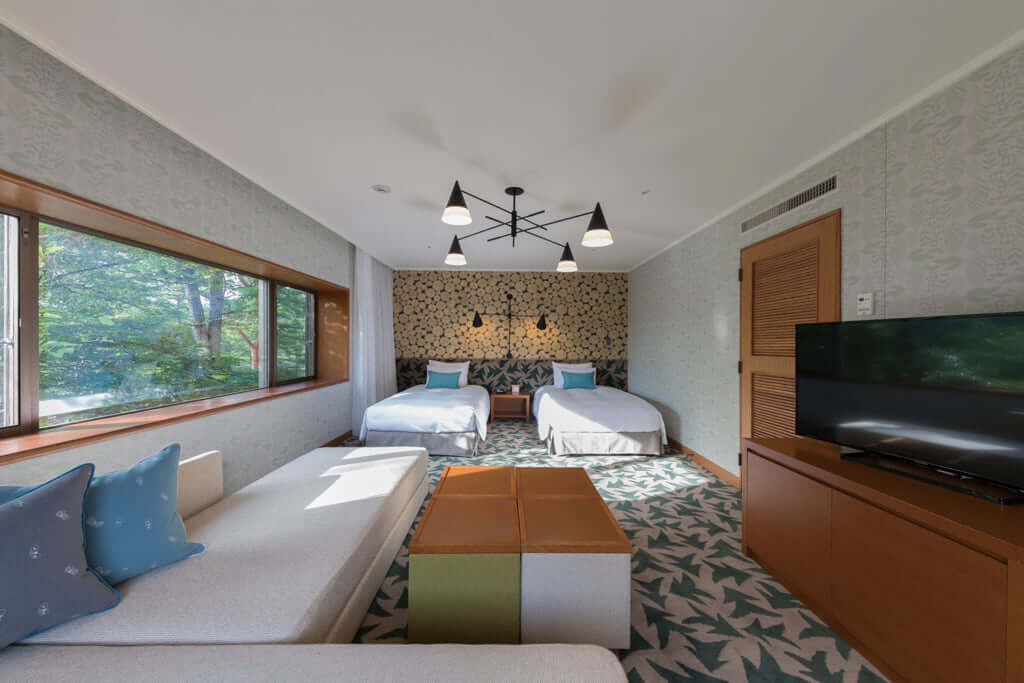 Forest corner suite room. The wallpaper, carpet and fabrics found in each room feature a motif of trees and leaves, suggesting a forest. The wallpaper and carpet both utilize a fabric made by Minä Perhonen, established by the Japanese fashion designer Akira Minagawa. 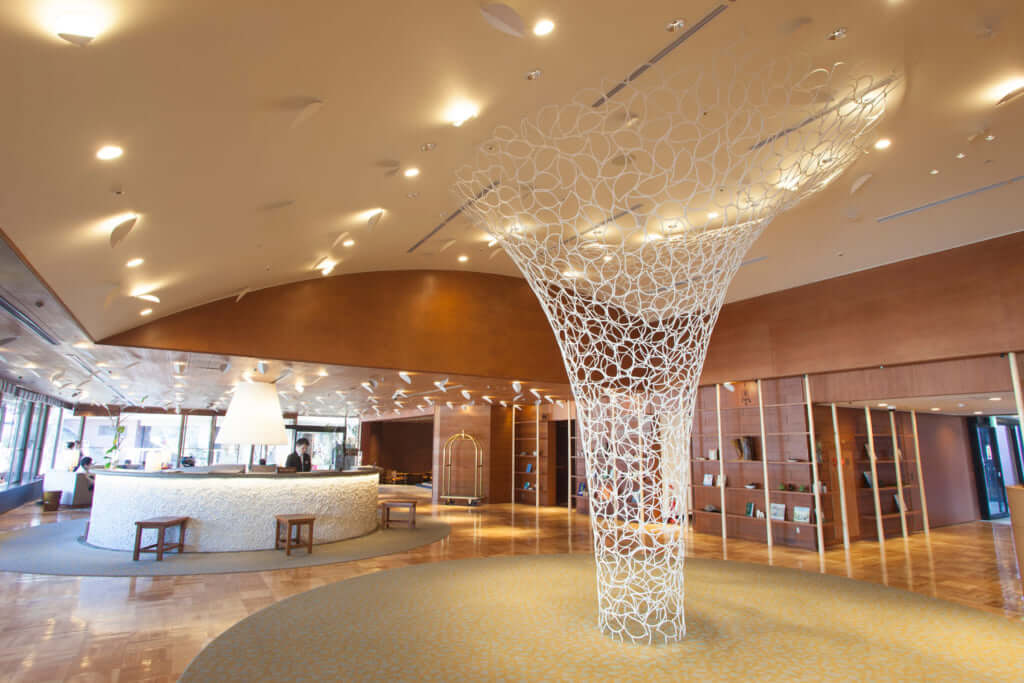 The lobby, also including various objects and lighting fixtures with a tree and leaf motif, representing a rebirth of the resort into a bright and open facility. 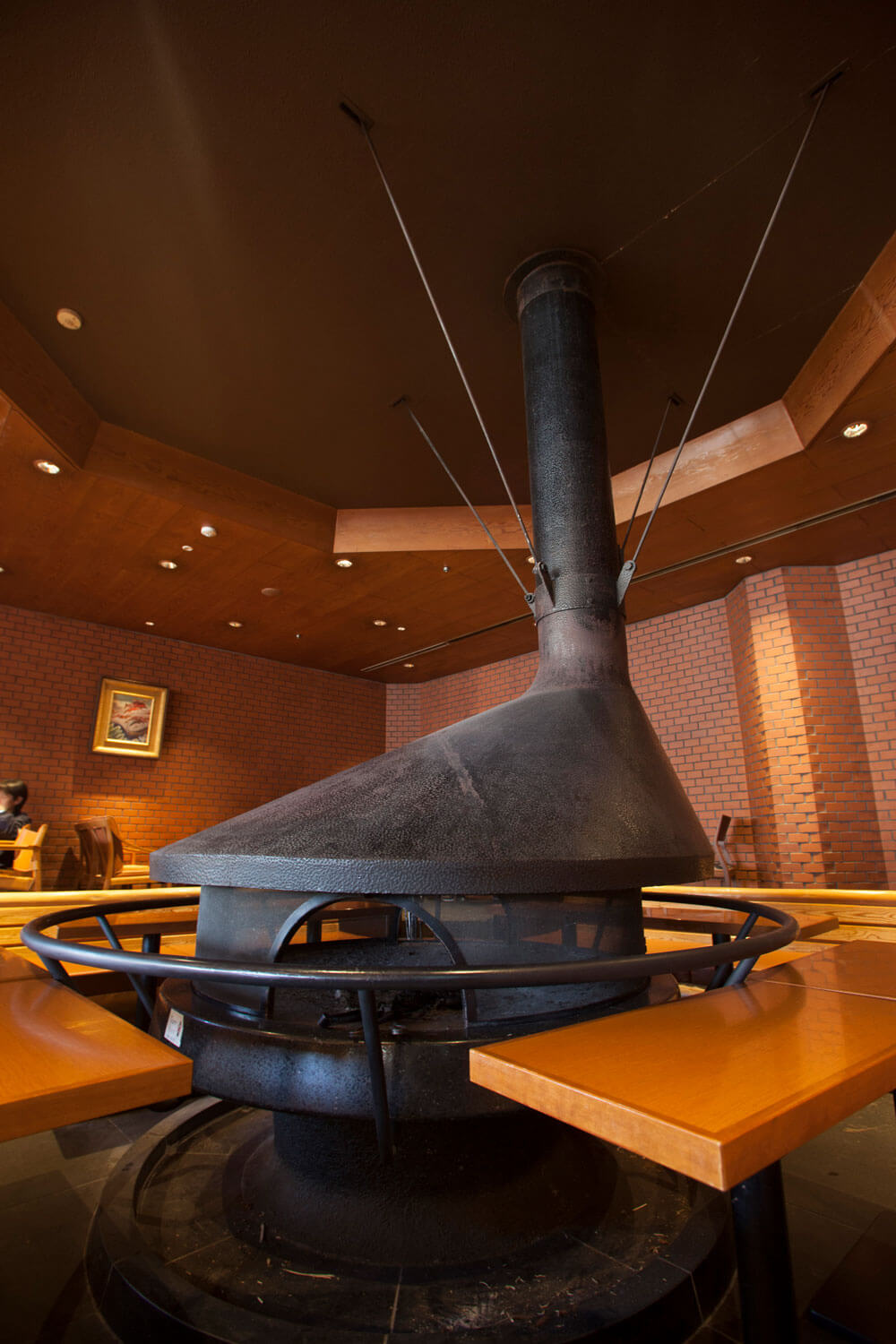 The fireplace on the first floor, which was installed at the resort’s outset, features a motif of golf drivers, after the Karuizawa 72 Golf course that was founded in 1971. The winter sees the lobby full of ski visitors, contrasting with the many golf enthusiasts coming here in the summertime.

Information current as of May 2018

Information current as of May 2018. 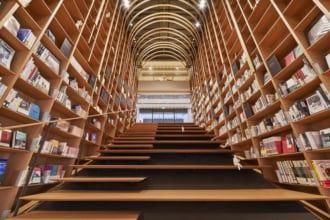 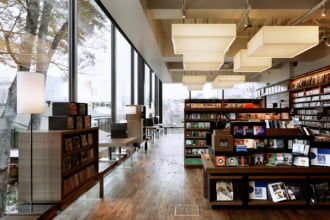