Adolescence, Sexuality, and the Theft of Innocence

The young women brought to life by Ai Yamaguchi in her paintings embrace various identities, both past and present, in a poetic manner. 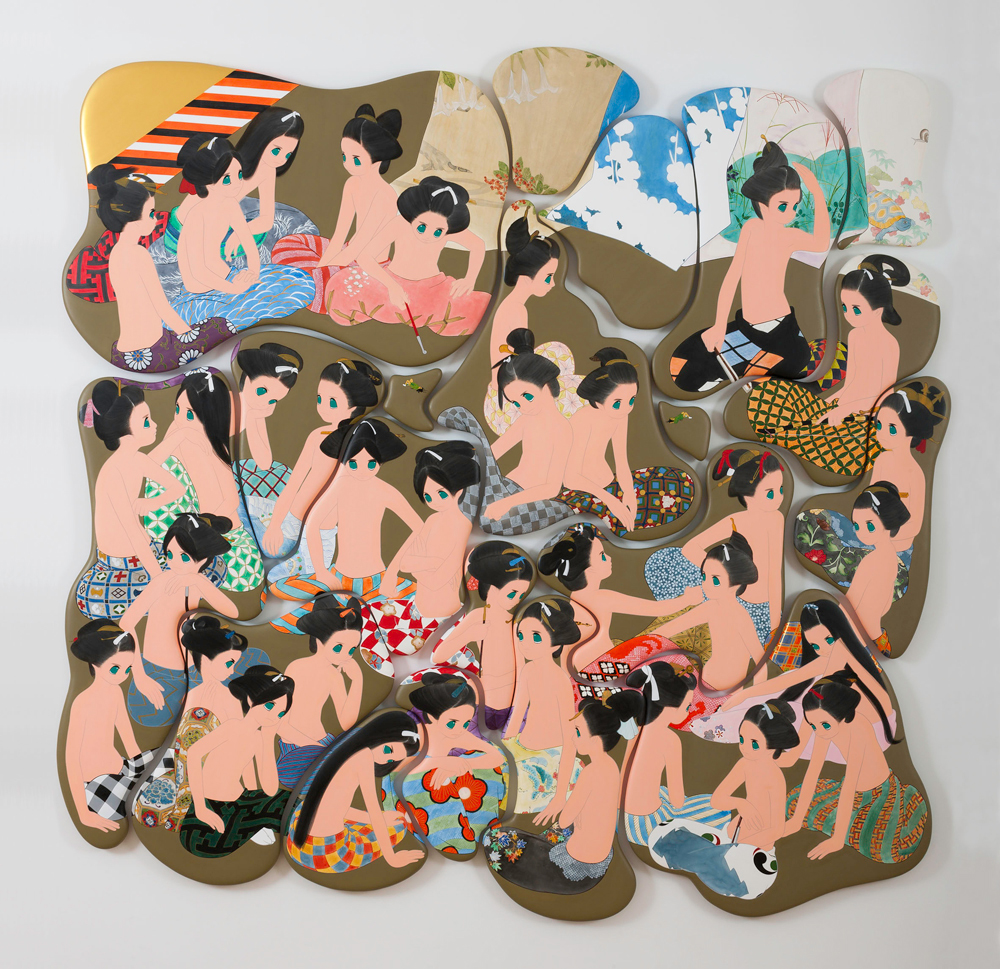 Ai Yamaguchi has a gift for bringing together surfaces, contours, references, and periods. In her paintings, young sex workers characteristic of the Edo period come face to face with the worlds of manga and anime, Superflat, pop art, and kitsch kawaii culture. However, unlike Yoshitomo Nara and Takashi Murakami, the artist draws on such codes in order to address these young girls’ stolen innocence.

What lives are these?

Ai Yamaguchi goes beyond dimensions, formats, and planes, and ultimately frees herself from the question of perspectives with regard to substance and form. The two ‘schools’ brought together by the artist have an erotic dimension built into their DNA that Ai Yamaguchi examines in her own way. The universe inspired by tales of young courtesans, or sex workers, from the Edo period shines a spotlight on prepubescent adolescents, uniform and passive. Behind their long black hair, these young girls all display one expression, they share a feeling of sadness, a desire to escape their fate that they cannot control. They are also (overly) comfortable with their nudity, which does not seem to bother them.

‘In the Edo era, gender biases were pervasive. Interestingly, in the world of yukaku (that of the red-light districts), the women were considered socially dominant to men. I think this notion is intriguing and is reflected in my work’, the artist explained in Hi-Fructose Magazine on the occasion of an exhibition at the Joshua Liner Gallery.

The aesthetic and clean technique displayed in Ai Yamaguchi’s work, its different levels of appreciation and interpretation, allow the audience to question the evolution of society, the path that has been travelled towards (young) women’s liberation, and what remains to be done.

Ai Yamaguchi is represented by the Mizuma Art Gallery. 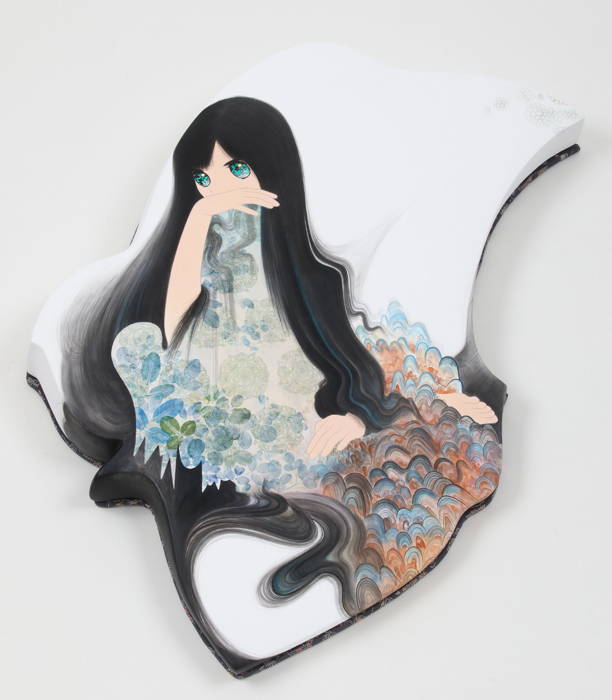 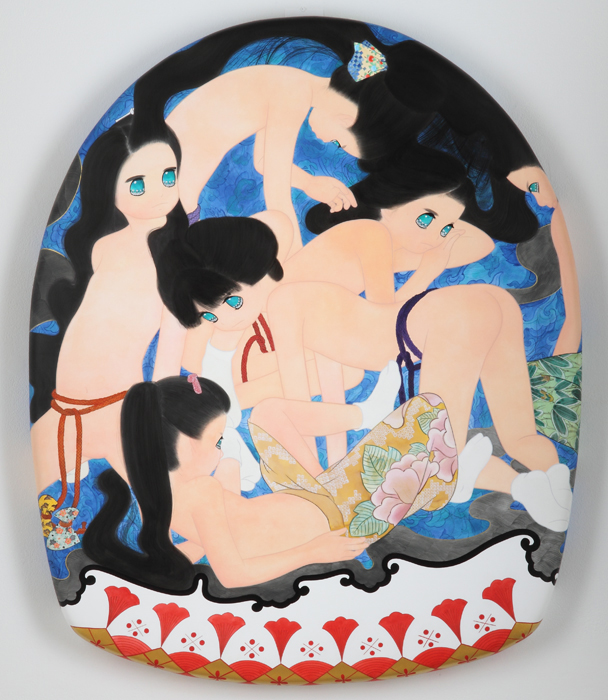 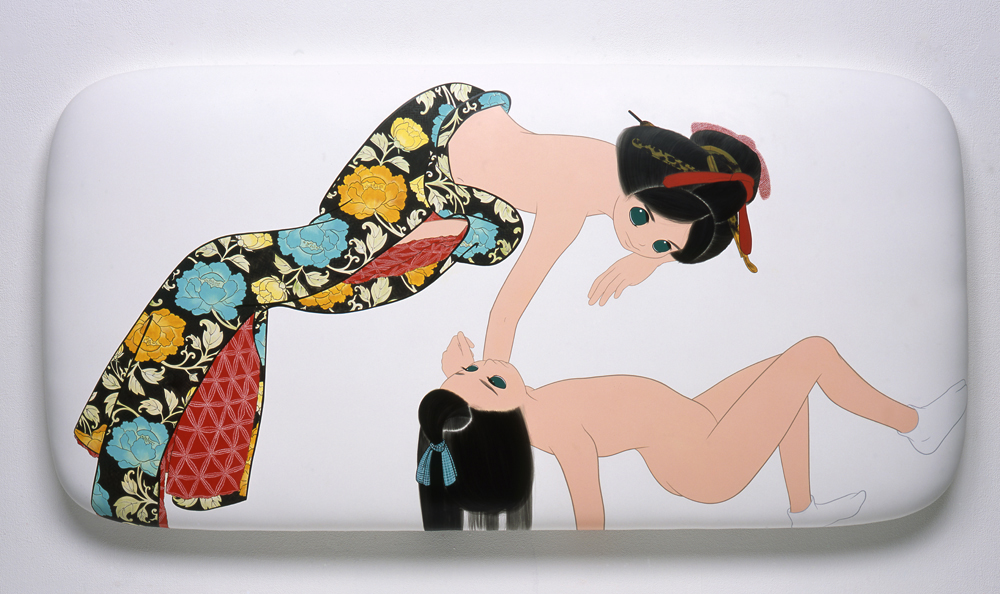 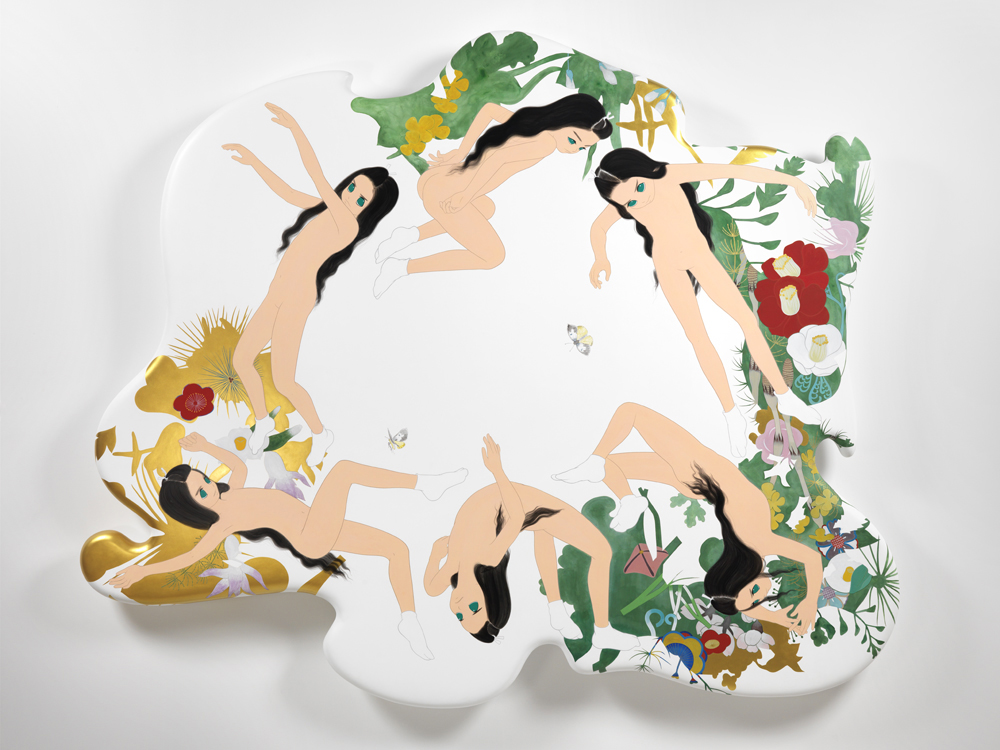 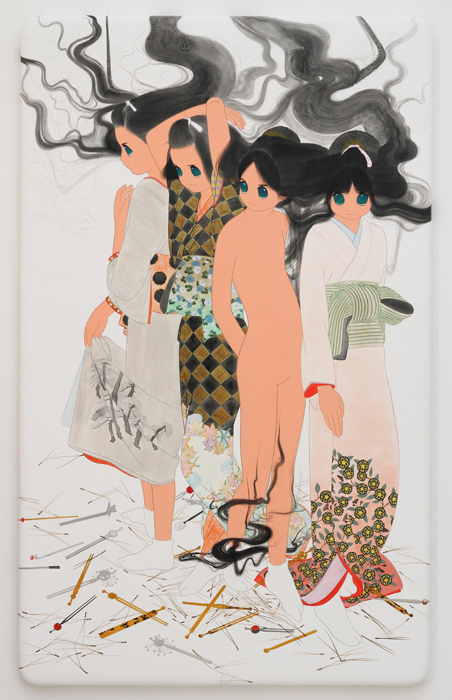