This painted scroll depicts ghostly creatures found in the most terrifying legends of Japanese folklore. 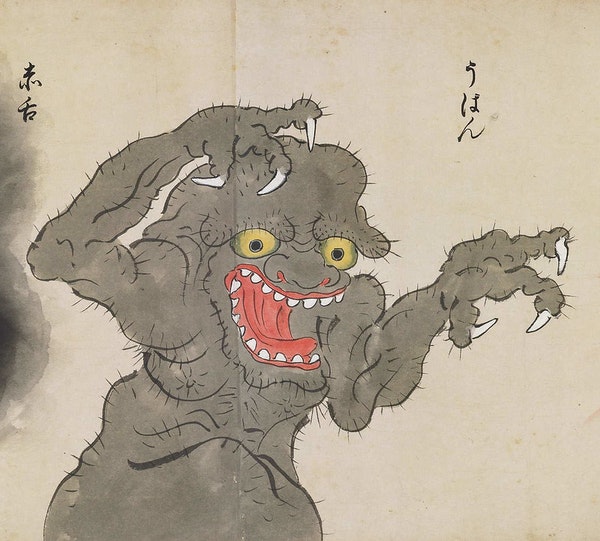 Although the name of Bakemono Zukushi is known—as is what it depicts, yokai, the monsters that appear in Japanese tales and legends—the artist behind this painted scroll and its exact date of creation remain a mystery. On the paper that extends horizontally, bakemono are presented: monsters and creatures that change shape, that are doomed to haunt places, and that often inhabit border areas, on the edge of cities or between villages. They only transform at very precise moments: in the intermediary periods of sunrise and nightfall.

On this scroll, which specialists estimate dates back to the 18th or 19th century, can be seen the rokurokubi, a woman who looks completely normal during the day, but whose neck gets longer and whose head becomes detachable at night. It also features yuki-onna, the snow woman, with long black hair and skin so diaphanous that she appears transparent, who mainly haunts the edge of forest areas. Another is kamikiri, a child-sized monster who also lives in a forest and only leaves to sneak into people’s houses and cut their hair, taking them by surprise.

These frightening creatures, whose stories have been perpetuated over centuries in Japanese families, continue to make themselves known. The proof of this can be found in the photographic work of Charles Fréger, who asked residents of the Japanese countryside to pose dressed in their best yokai costumes.

Bakemono Zukushi, a painted scroll, can be viewed at the Kawasaki City Museum. 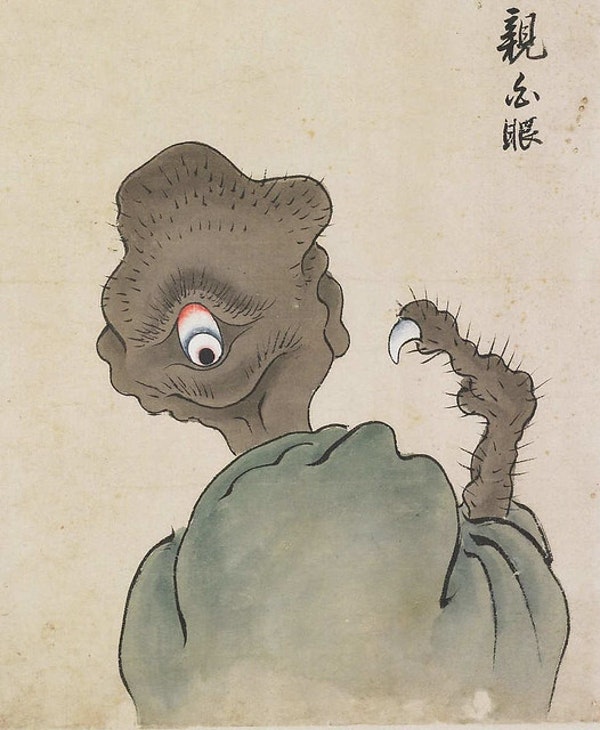 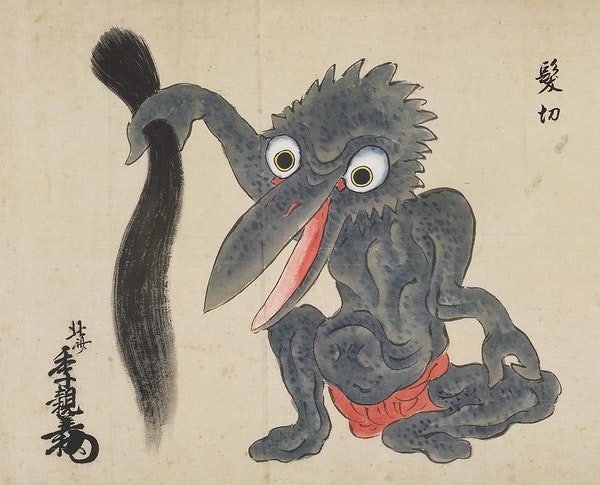 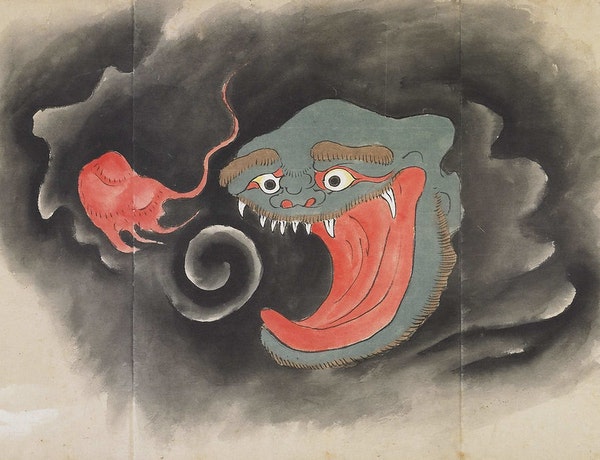 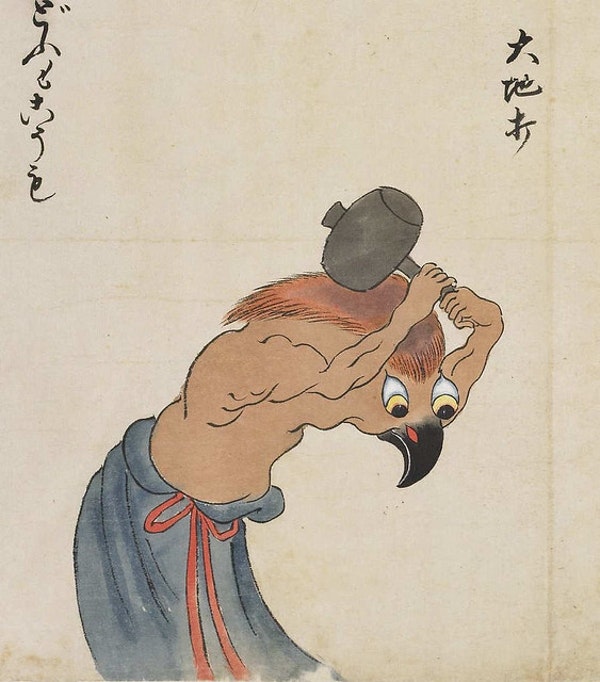 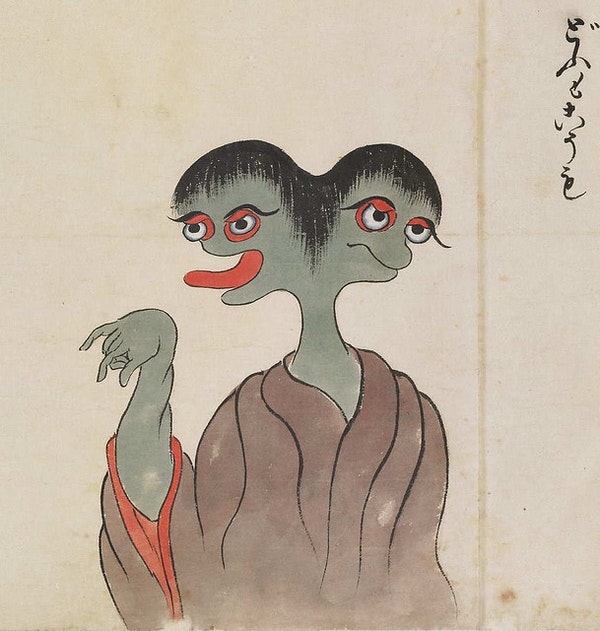 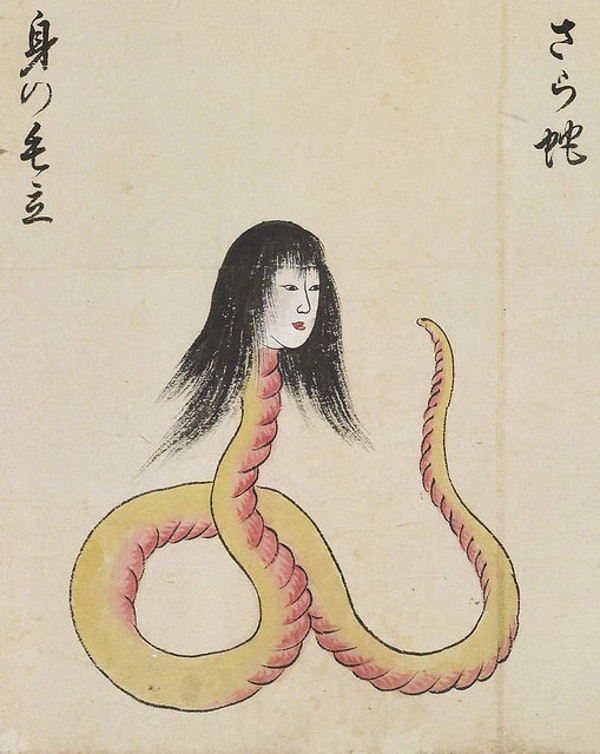 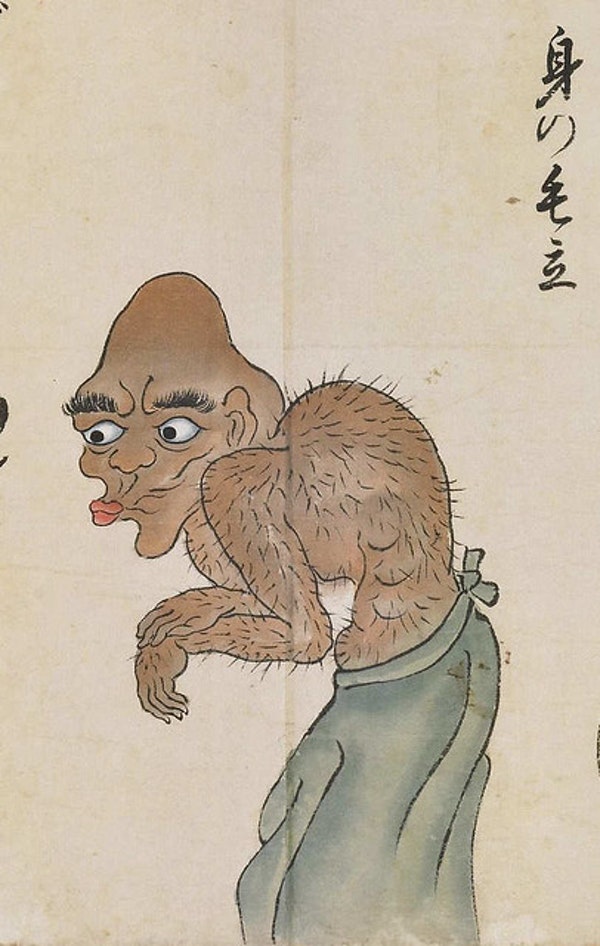 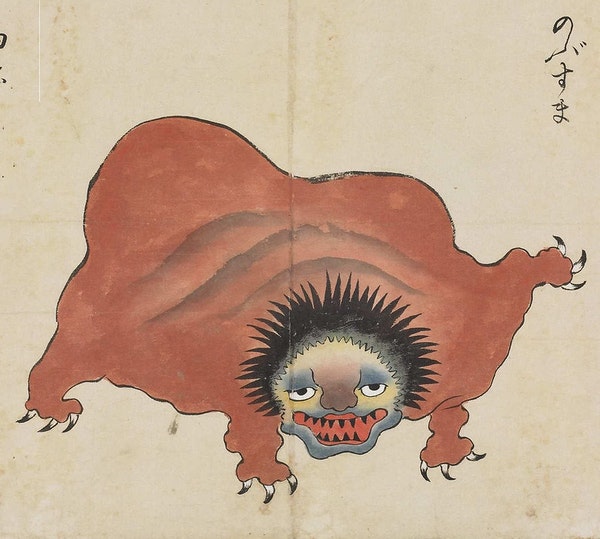 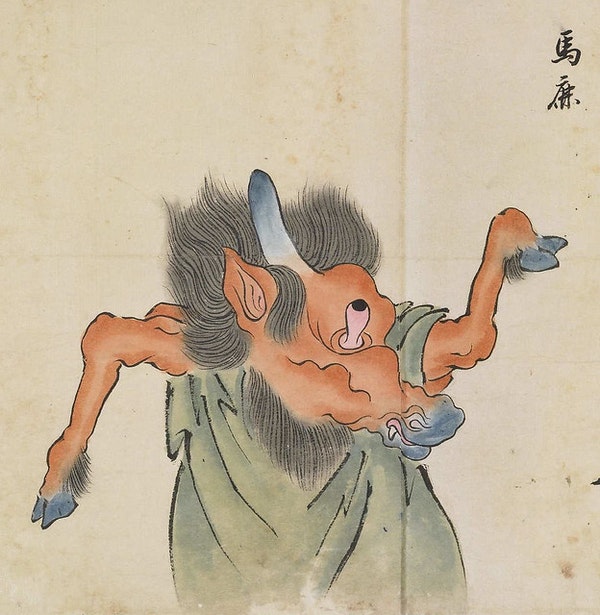 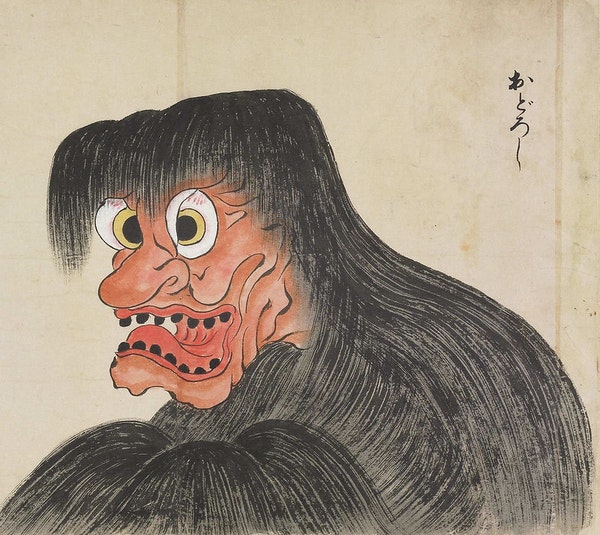 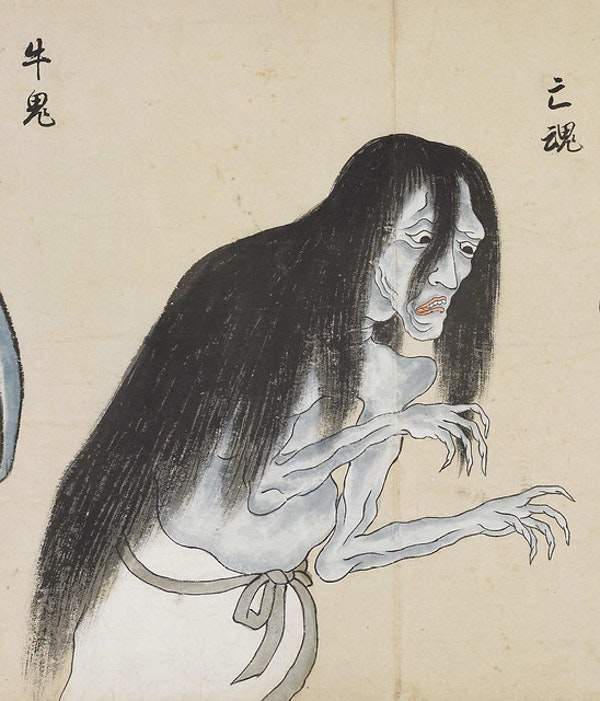 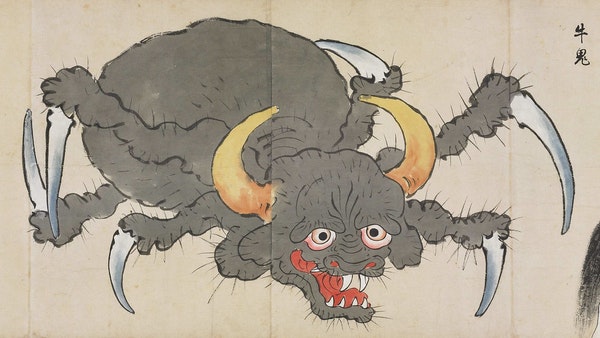 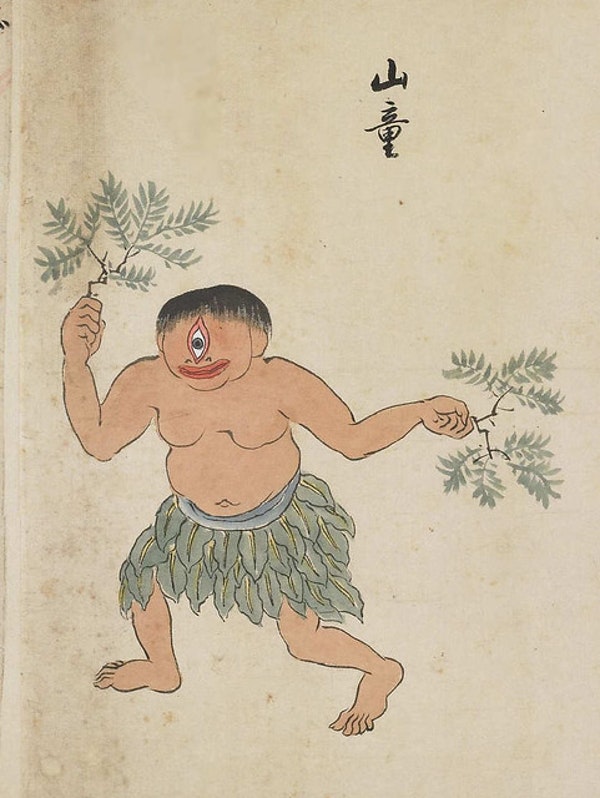 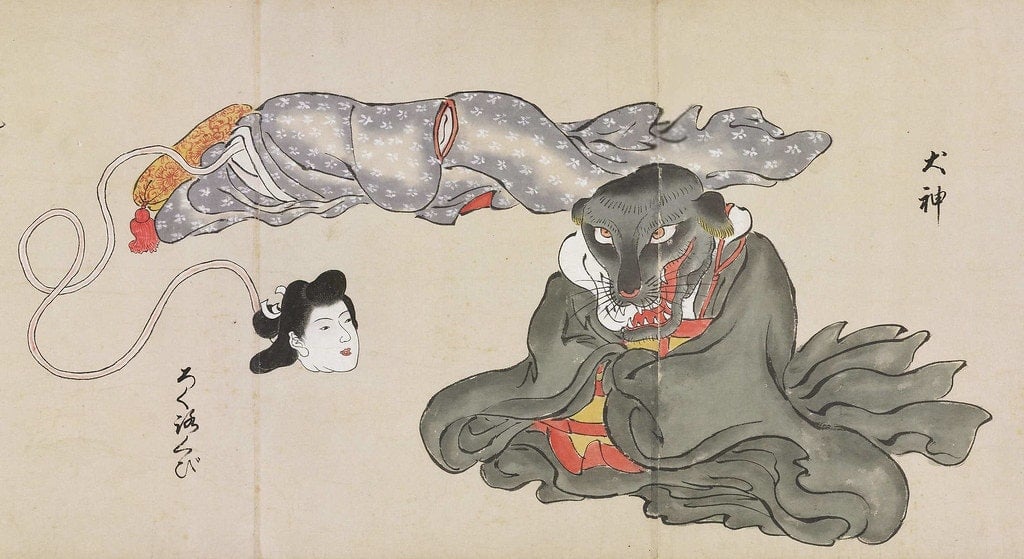 Rokurokubi (ろくろくび), a woman with a long neck, is shown next to a dog spirit, Inugami (犬神) © Public Domain