Daisuke Nakashima, the Art of Striptease Through Images

In his series 'fluorescence', the photographer goes beyond the visible layers of his photographs to find meaning beneath the surface. 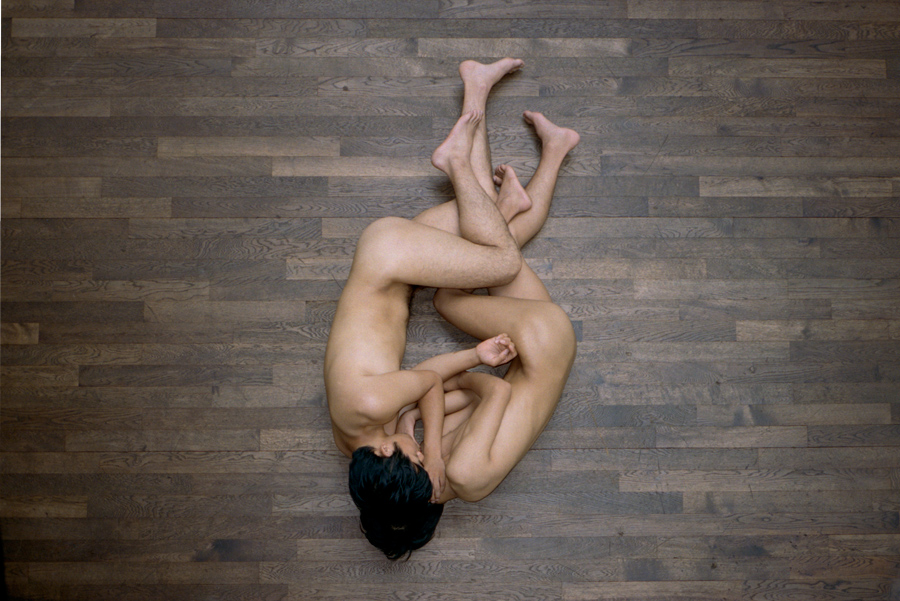 Making the images he has in his mind tangible, detaching himself from strict reality to prune the surface and visualise its lower layer… Even as a child, Daisuke Nakashima expressed this need to transpose his mental universe into visual objects. This ambition took on a new dimension when his father gave him his camera. ‘I realised that photography, which can easily reproduce what is in front of me, is a more effective means of expression than my drawings’, the artist explains.

Originally from Osaka, Daisuke Nakashima studied psychology in 2006 before returning to his art the following year, when he signed up to evening classes in photography at the Visual Arts College, Osaka. His interests deviated from those of the school, however, which highlighted reality and chance. This contradiction enabled him to refine and assert his taste for the non-visible, or rather the visible that isn’t, the visible that does not see itself in a superficial manner. From 2009 to 2013, he began the series fluorescence, and focused on the different layers that make up an image.

Daisuke Nakashima’s models, all men, are naked. The ‘stripping down’ begins with this absence of clothing, of a layer that conceals a part of who we are. This nudity links directly to sex, one of the photographer’s main themes, addressed in the form of digressions and sublayers. Once his models are naked, they are on equal terms with the viewer. ‘I choose the situation where “you are someone, but also anyone”.’ We are not talking about love; the intention remains carnal and the artist, as he says himself, does not feel capable of this feeling. His search for invisibility orientated him towards the unreal, which for him is synonymous with the internet, an online reality and therefore originally non-palpable, and this is how he met all his models.

We see them in different situations, always in action, taking a bath, turning… Activities that can be passive but that remain acts, desires to act, like looking at the horizon or sleeping. ‘For me, being asleep is a situation and an important pose. It’s a metaphor for liberation, for escape, and the pose gives the impression of zero gravity or floating.’ Upon awakening, on their back, we see their face in fragments, their body in segments. As if captured on the spot, these compositions and narratives are the fruit of a full production. ‘I like my work to be “the scene I want to see” rather than “the scene that I see”. For example, when a model woke up when I was just about to take a photo of him asleep, I asked him to go back to sleep.’

Reading between the lines

Photography is a way for the artist to have control: control of what he wants to see and make visible beyond appearances. It allows him to adopt a position of assertiveness and to overcome his fears. This is an order to himself that he does not seek to reproduce in his photographs, preferring them to be free of meaning. He likes to work through metaphors and nuance his content that reveals itself in several layers of meaning. ‘“Tree” signifies “phallus”. “Water” (and everything linked to it, water droplets, running water, puddles) signifies an “uncertain state”.’ Certain scenographic elements appear through layering or rather through ‘overlapping’, as he says: two photographs in one shot, a man seen through a window or underwater. ‘My intention is to make people aware of the depth of layers in the scene, and I think it’s effective for the imaginary effect. It makes us aware of the other and of the self, of the boundary.’

By definition, fluorescence is ’the quality of absorbing light of a short wavelength and producing light of a longer wavelength’ (Cambridge English Dictionary). It is a colour that cannot be expressed using the RGB and CMYK referents that we know, or be reproduced on a photographic medium or LCD screens. This specificity is what inspired Daisuke Nakashima. ‘I think that these ways of seeing images will liberate our stereotypical view and lead us to free ourselves from categorisation and specification. That’s why I called this work fluorescence.‘ Seeing beyond the visible; seeing what is outside of the frame, or what might be, ‘to become aware of the perspectives of invisibility and the inability to capture something on film’, but also the overlapping of photos or objects, with the different meanings that emerge from an image, the one we perceive at first sight and those that arise when we look deeper, in the background. In this series, Daisuke Nakashima extended his impulse towards the other, going further than he did in each other (2006-2008) in which he focused on the surface.

fluorescence (2009-2013), a photographic series by Daisuke Nakashima, can be viewed on his website. 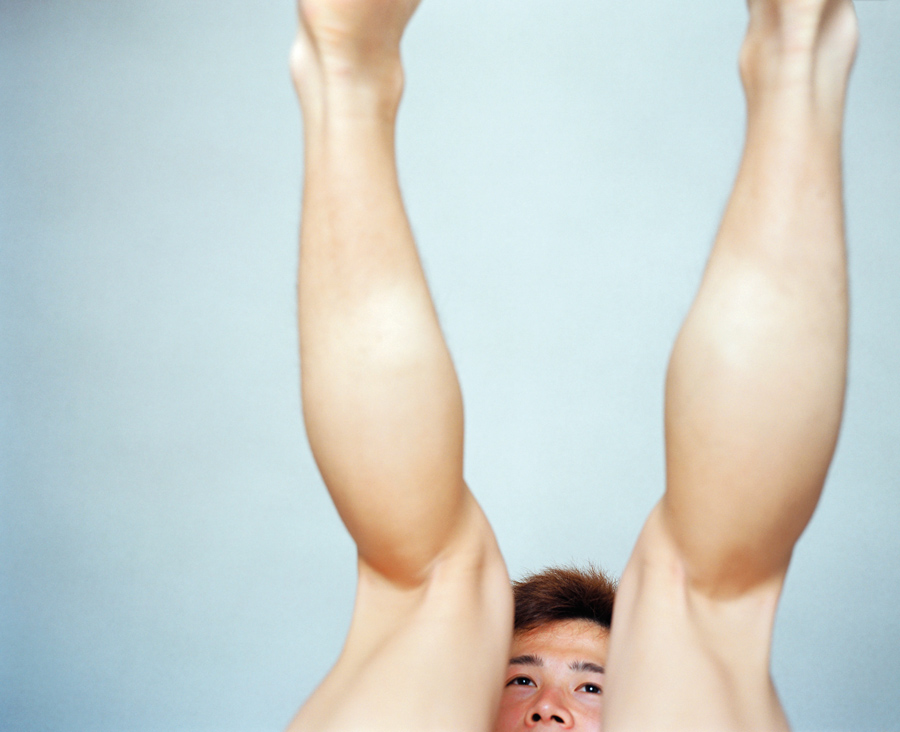 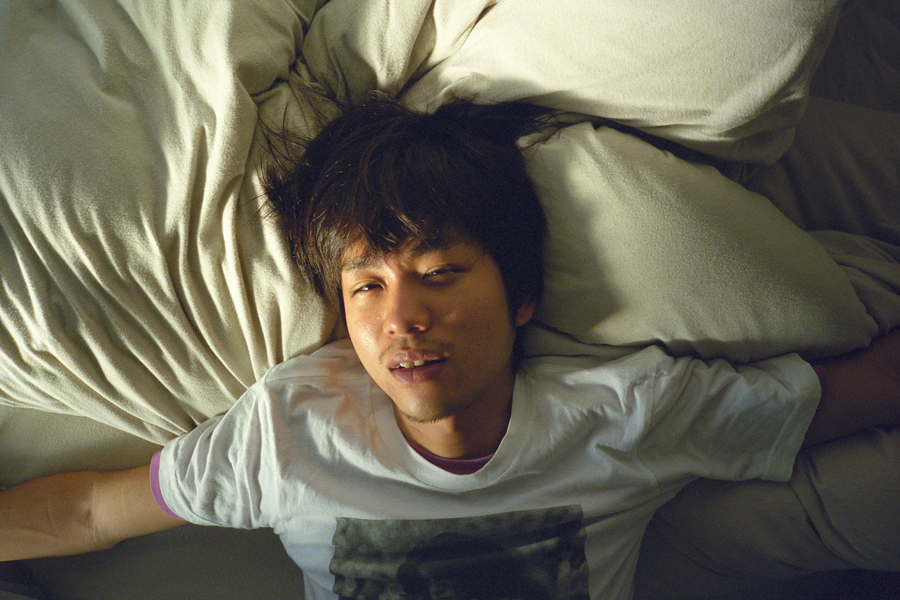 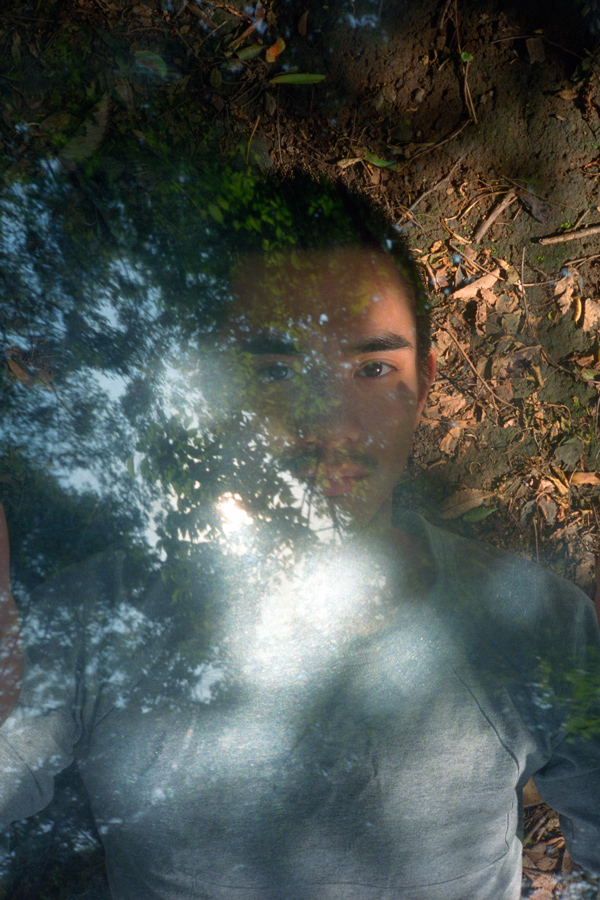 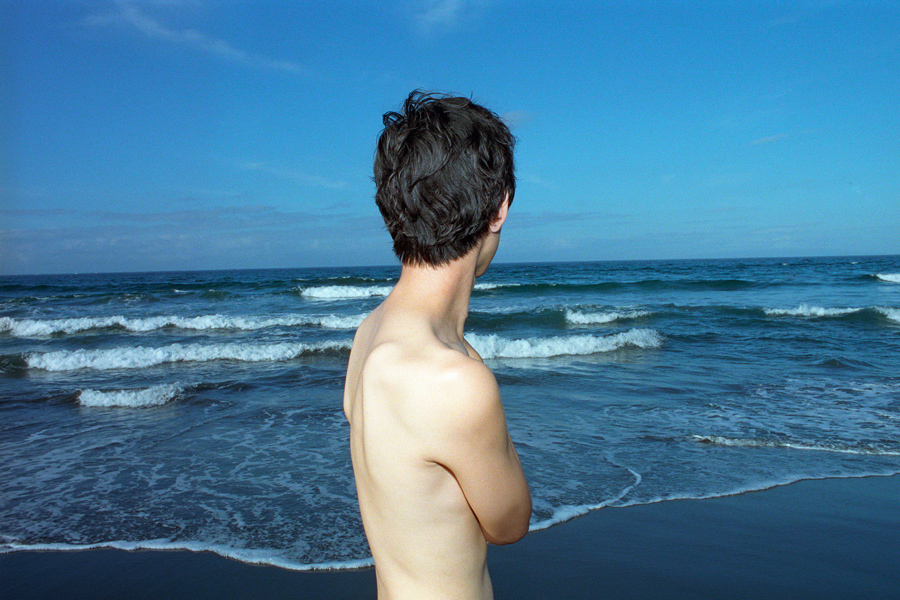 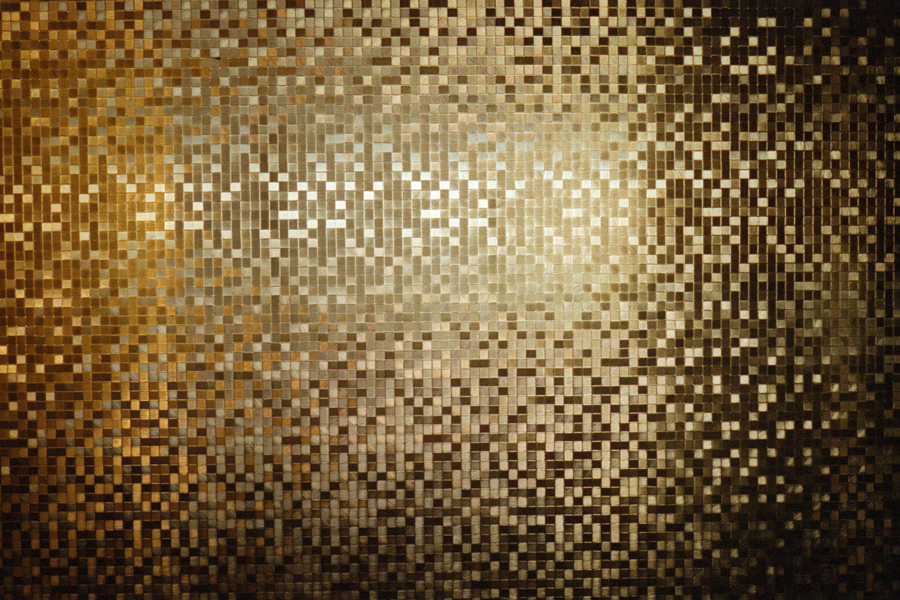 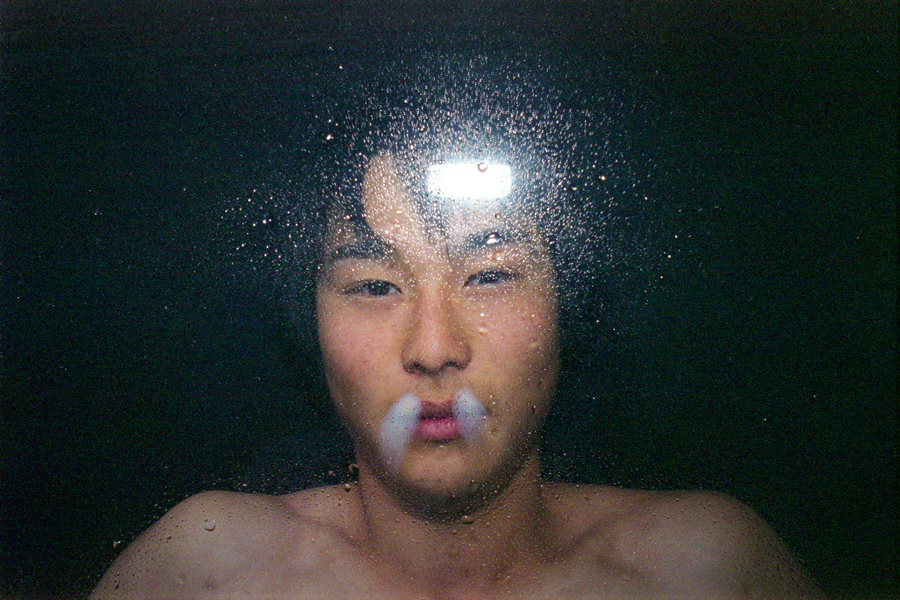 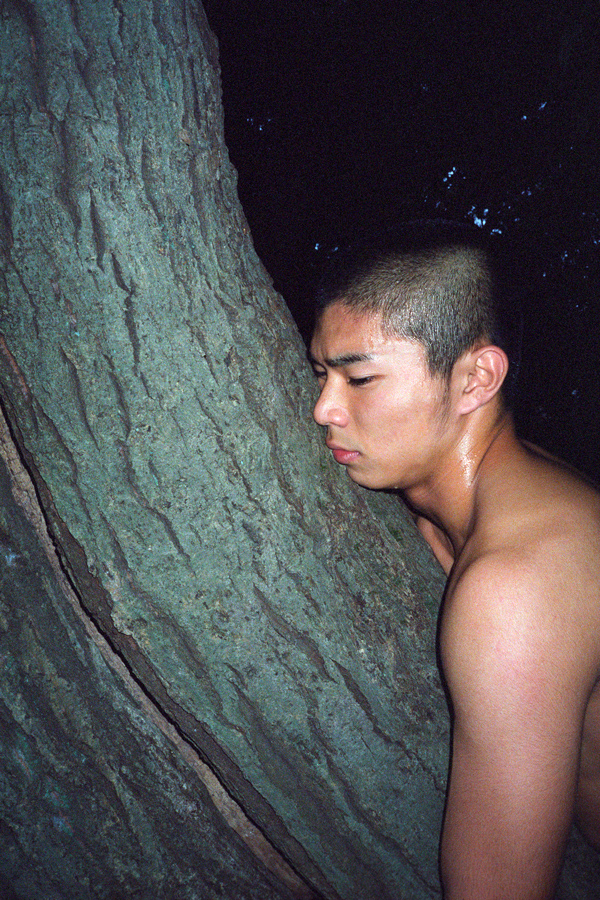 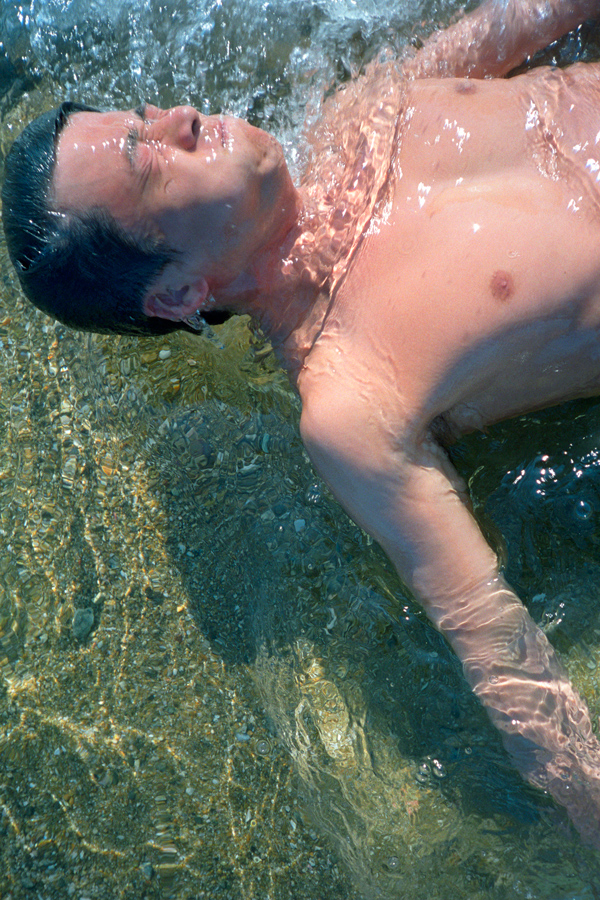 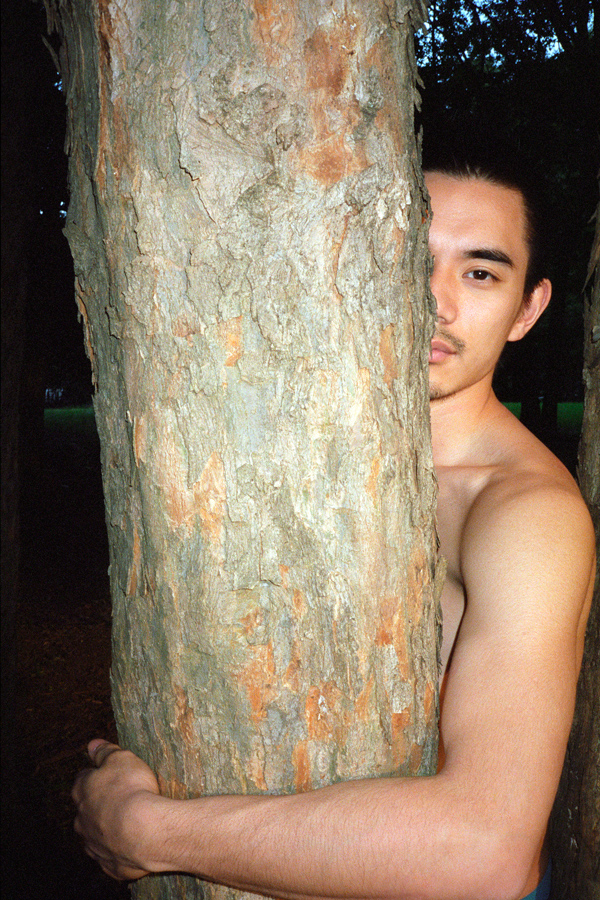 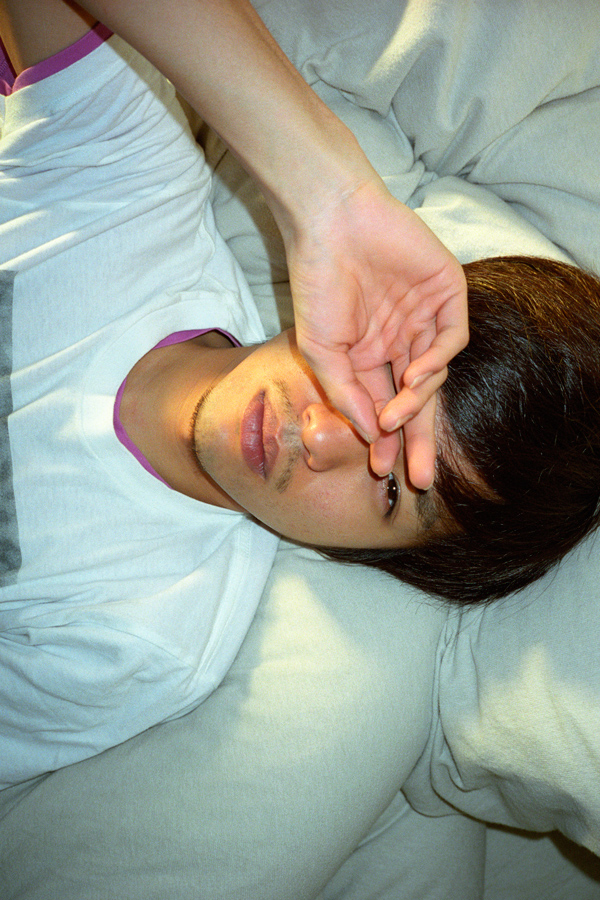