An iconic figure in the Shin-hanga movement, the artist plays on the contrast between light and shadow to enhance his landscapes. 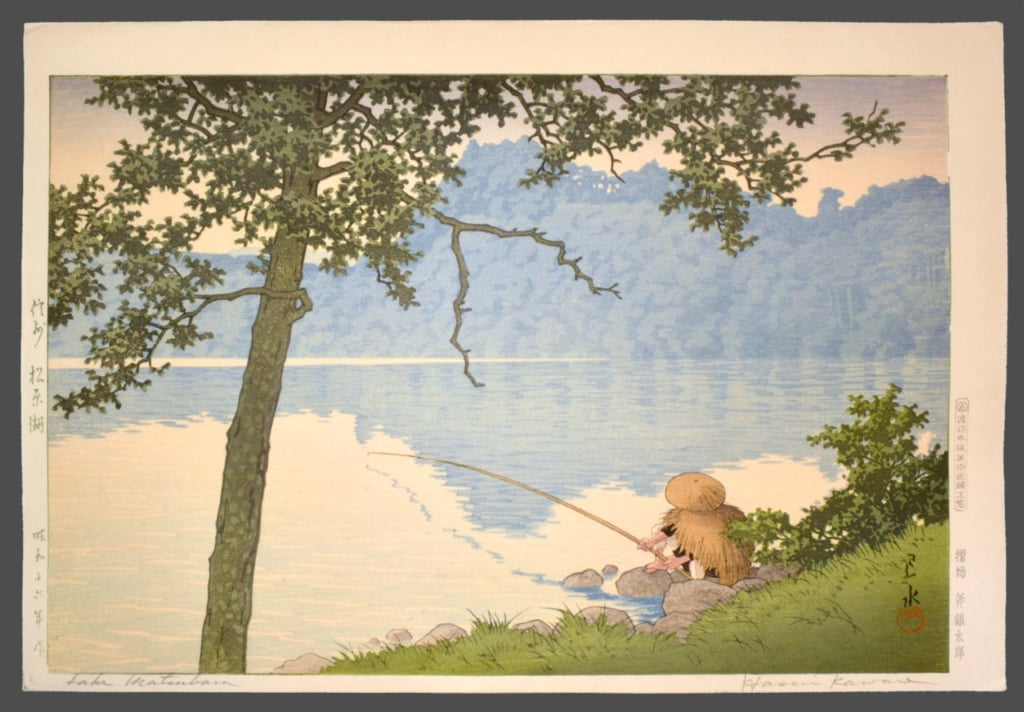 Snowy landscapes, trees, bodies of water, scenes illuminated by the moon… in this environment, humanity has built its own structures. In Hasui Kawase’s prints, however, human figures are scarce, and form just a minor element of the scene.

Over the course of his travels, Hasui Kawase captured what continues to remain a symbol of the passage of time and the emotions associated with it. The artist, born in 1883 into a family of traders from Tokyo, was a figure in the Shin-hanga pictorial movement, or the ‘pictorial revival’, whereby artists also including Hiroshi Yoshida combined the conventions of ukiyo-e and those of Western impressionism. Trained by the great painter Kiyokata Kaburagi—who had initially rejected his request—it was not until 1918 that his work was first encountered by Shozaburo Watanabe, who would become his mentor and publisher.

In his prints, the atmosphere is always gentle, calm. Hasui Kawase depicts early-20th-century Japanese landscapes in all their diversity: rural, semi-urban, or urban, connected with their symbols like mountains, rivers, houses, and temples. Following the conventions unique to Japanese prints, the name of the place where the landscape in question was captured is invariably mentioned.

Beyond this framework, Hasui Kawase strives to capture the details that allow the public to immediately identify the season being depicted by glancing at the flora or the presence of snow. These elements give rise to the associated emotions: the harshness of winter, the gentleness of spring, the poetry of a summer sunset. Hasui Kawase’s work is also tinged with nostalgia, with no traces of a society entering the modern era—a characteristic that united all the figures in the Shin-hanga movement.

A career marked by fragility

The artist’s life and career were marked by a central event. On 1st September 1923—five years after the start of their collaboration—the artist and his publisher were forced to start afresh after the earthquake that destroyed Tokyo and resulted in 140,000 deaths. The wood for printing was damaged or unusable and the artist’s sketchbooks were destroyed. The pair’s reunification project bore fruit however, and, in 1930, a big exhibition was held in the United States at the Toledo Museum of Art.

Some may see the catastrophic event of 1923 as one that resonates with a body of work in which humans appear so fragile and alone when facing their environment.

In 1956, one year before the artist passed away, the Japanese government awarded Hasui Kawase the title of Living National Treasure for a print from 1925 that depicts Zojo-ji Temple in Shiba in the snow—a place where six of the Tokugawa shogunate are buried.

Visions of Japan: Kawase Hasui’s Masterpieces (2004), a book by Kendall H. Brown, is published by Brill. The Ronin Gallery in New York also exhibits the work of Hasui Kawase. 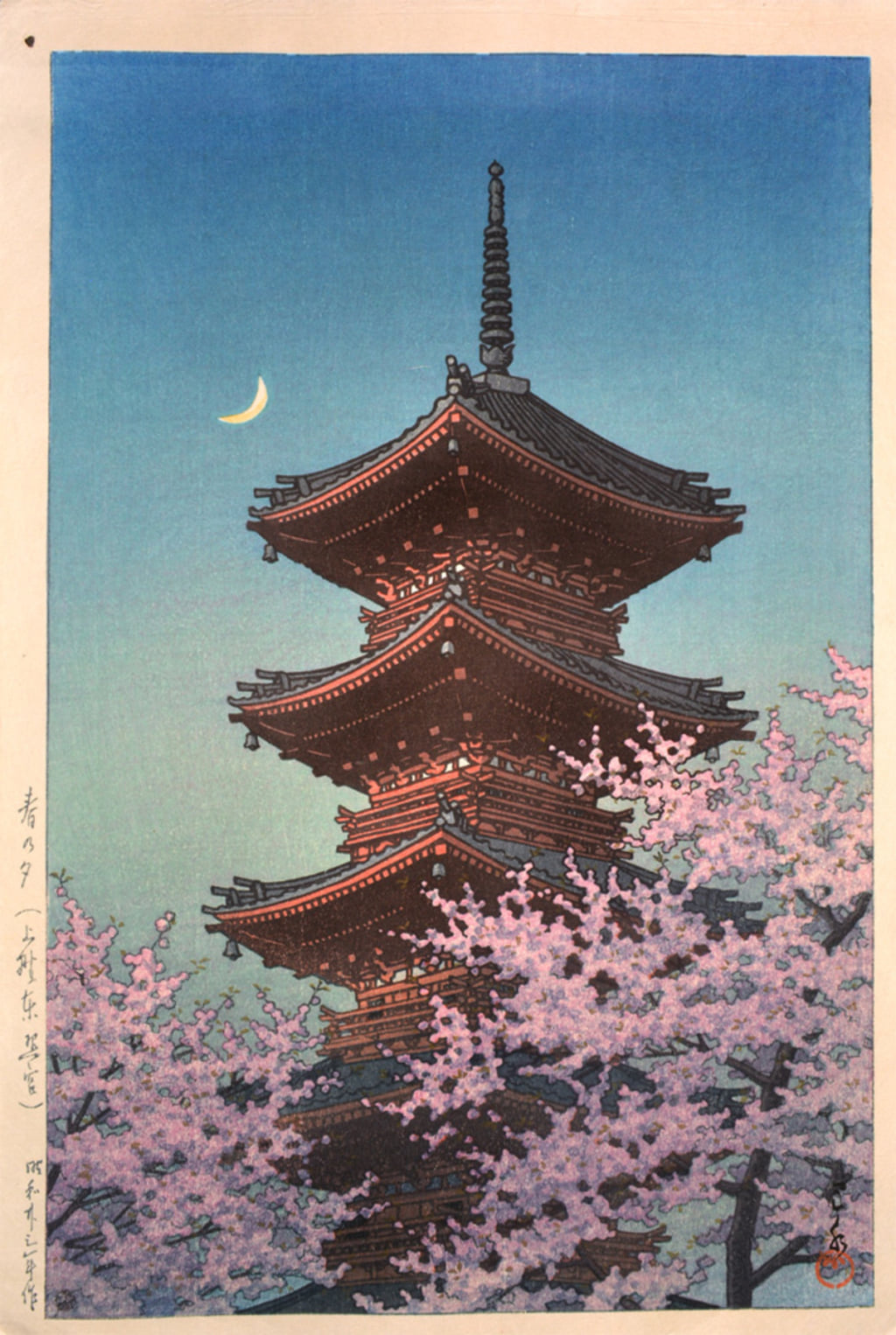 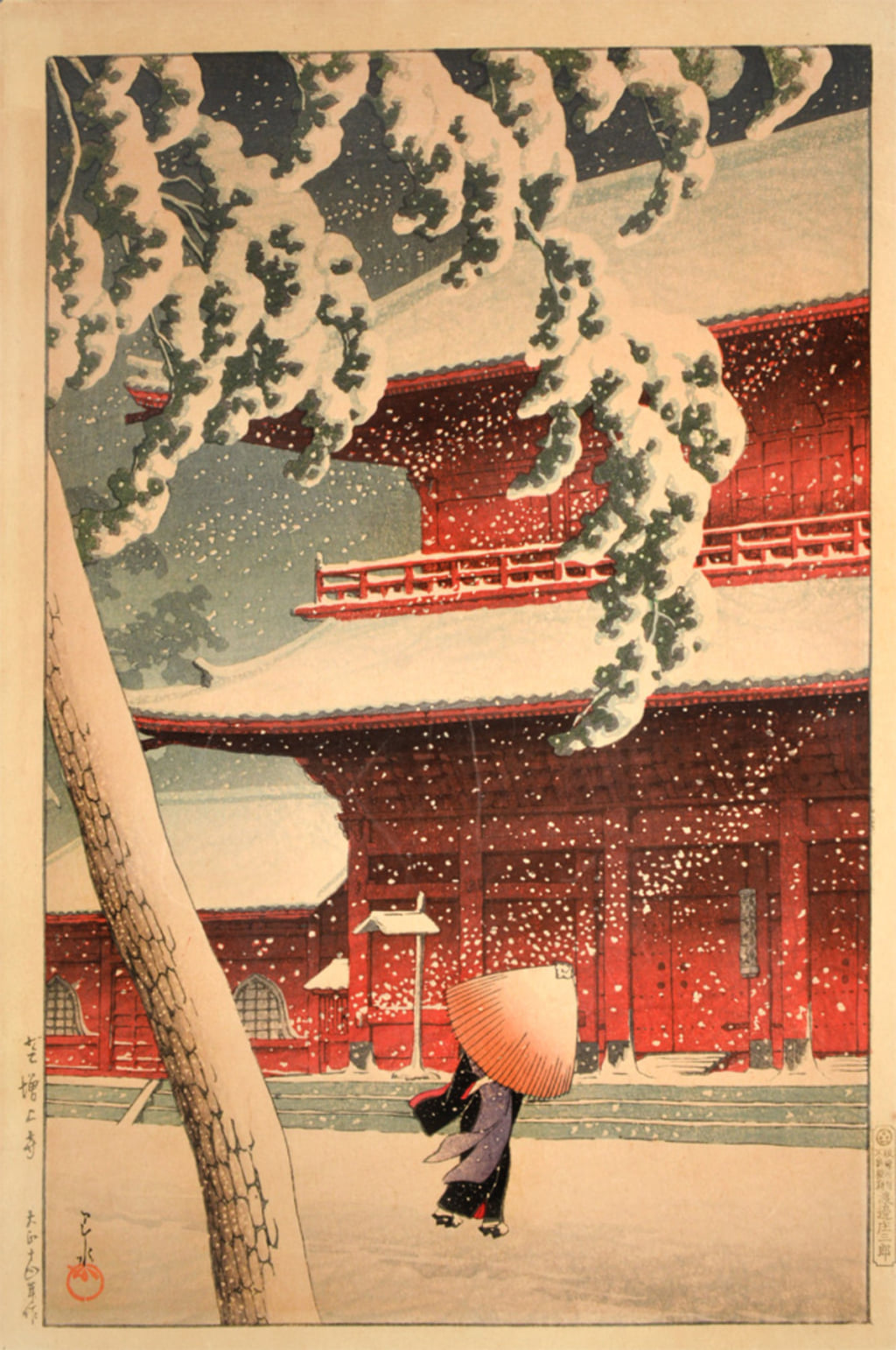 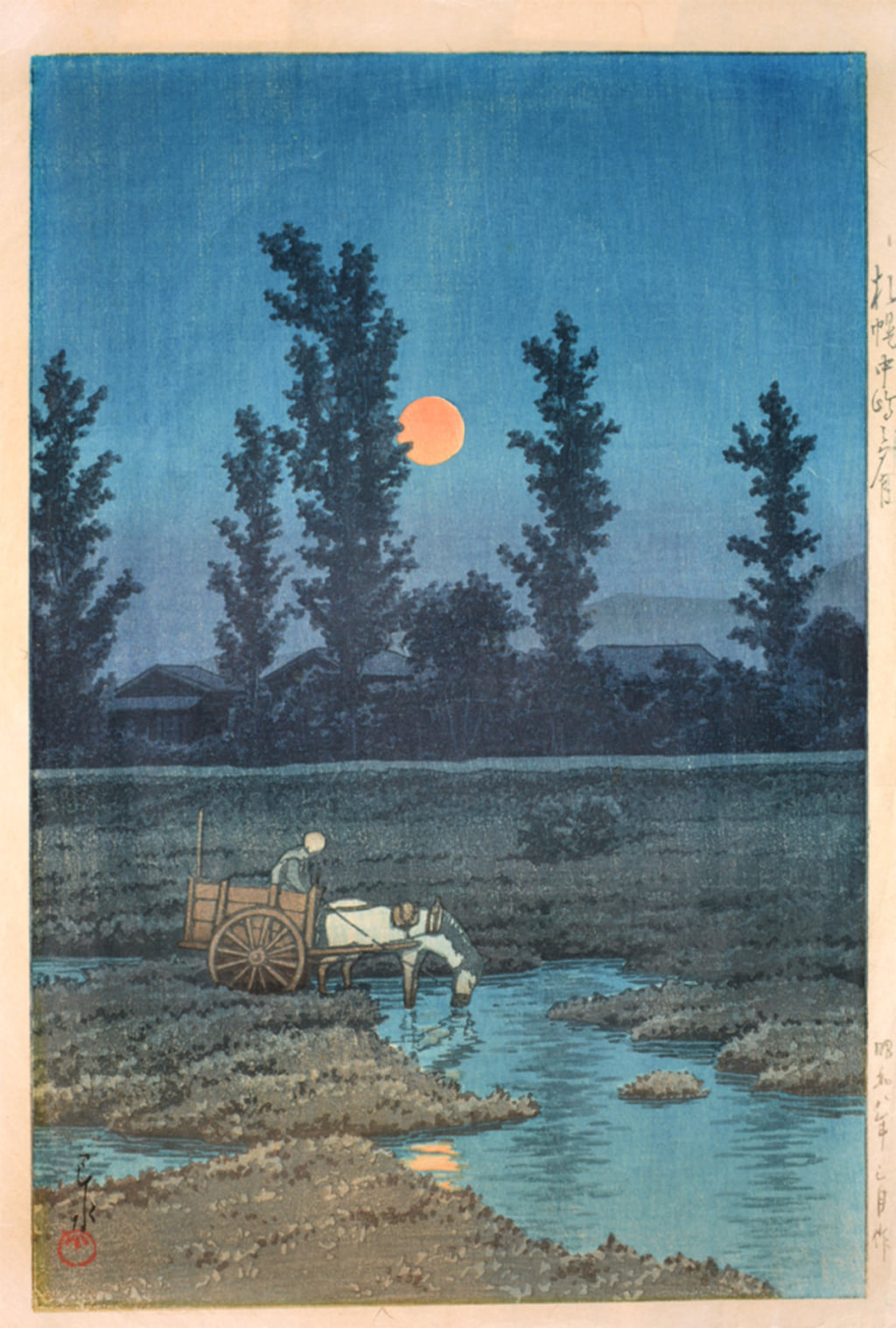 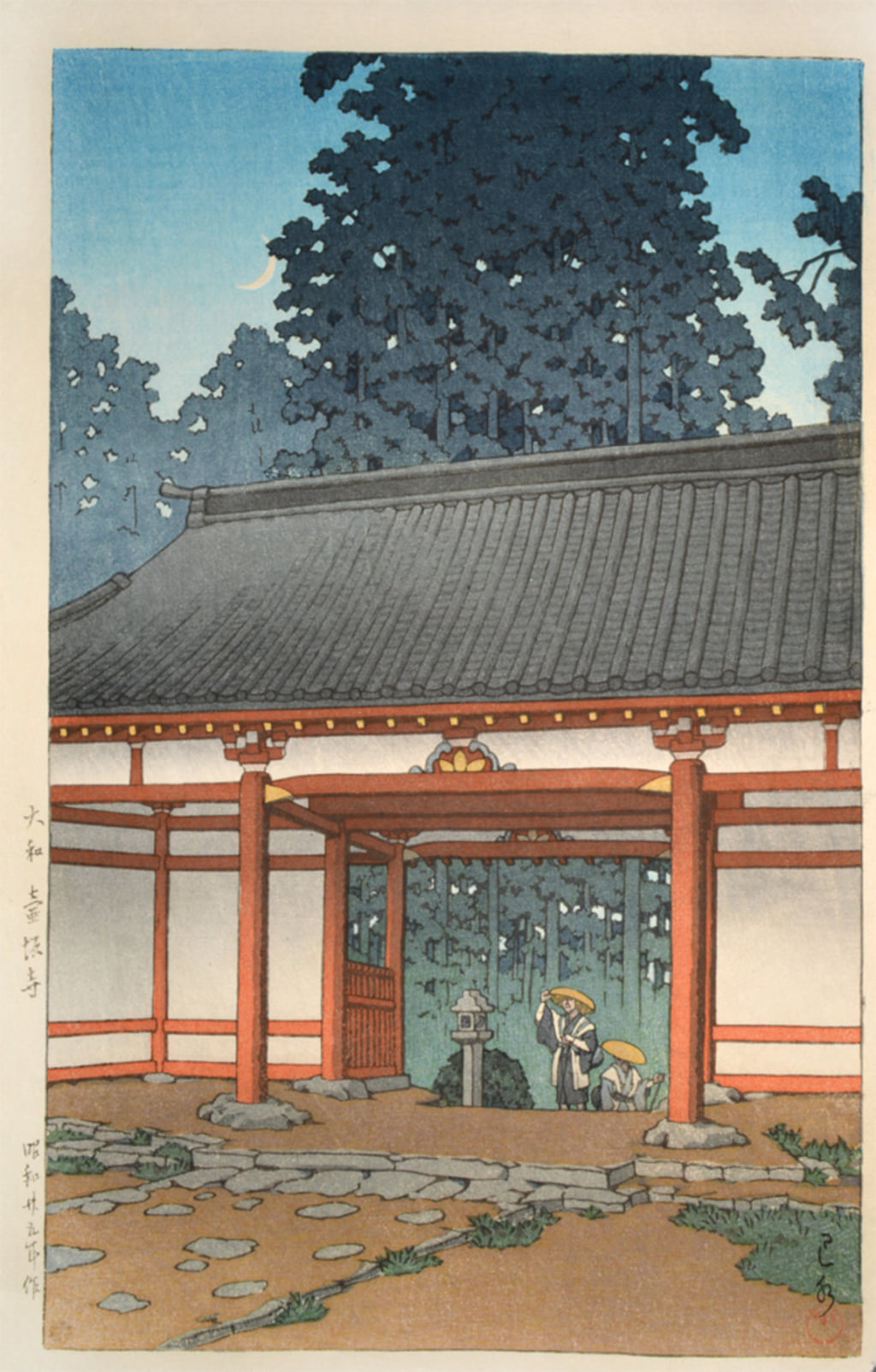 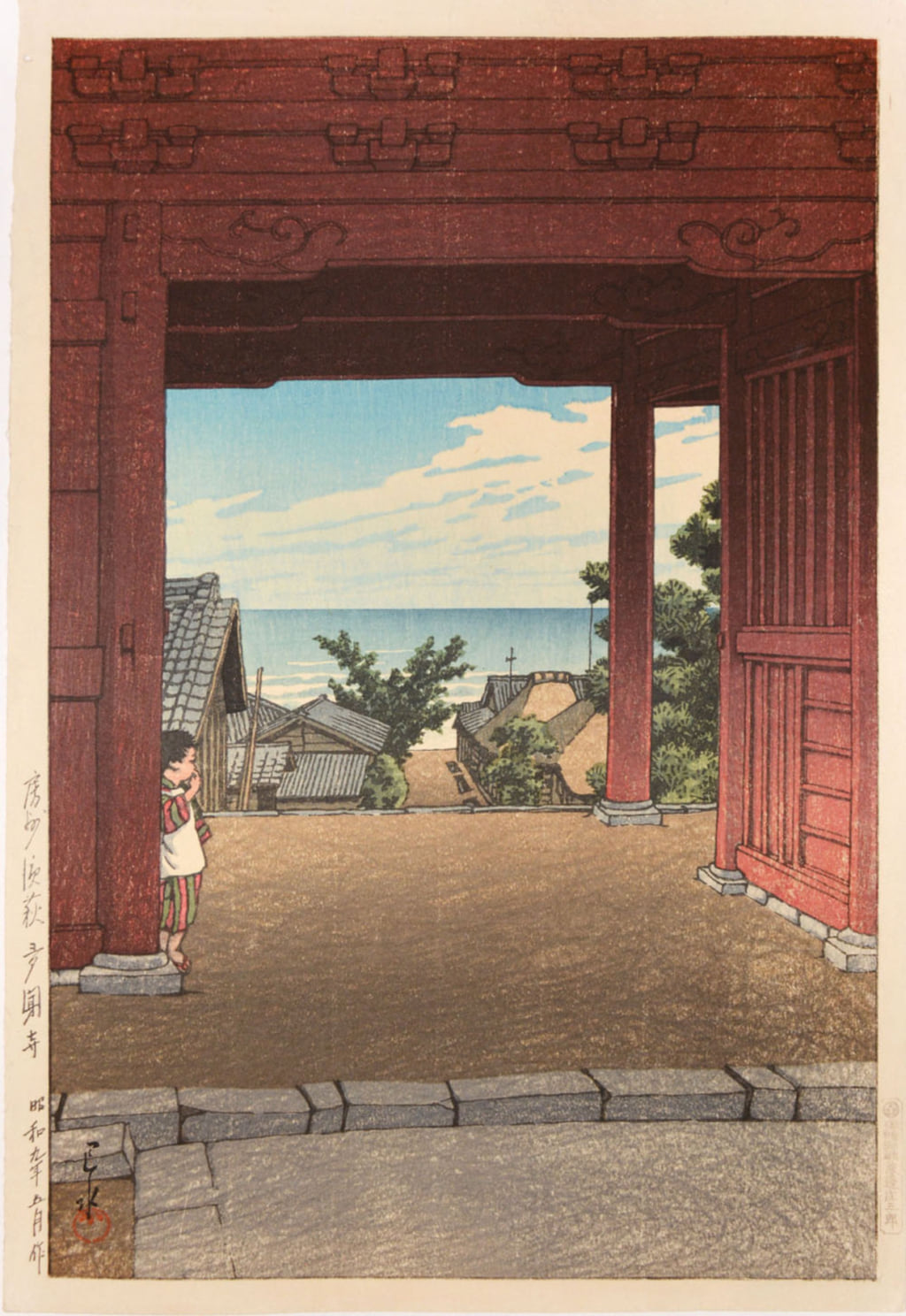 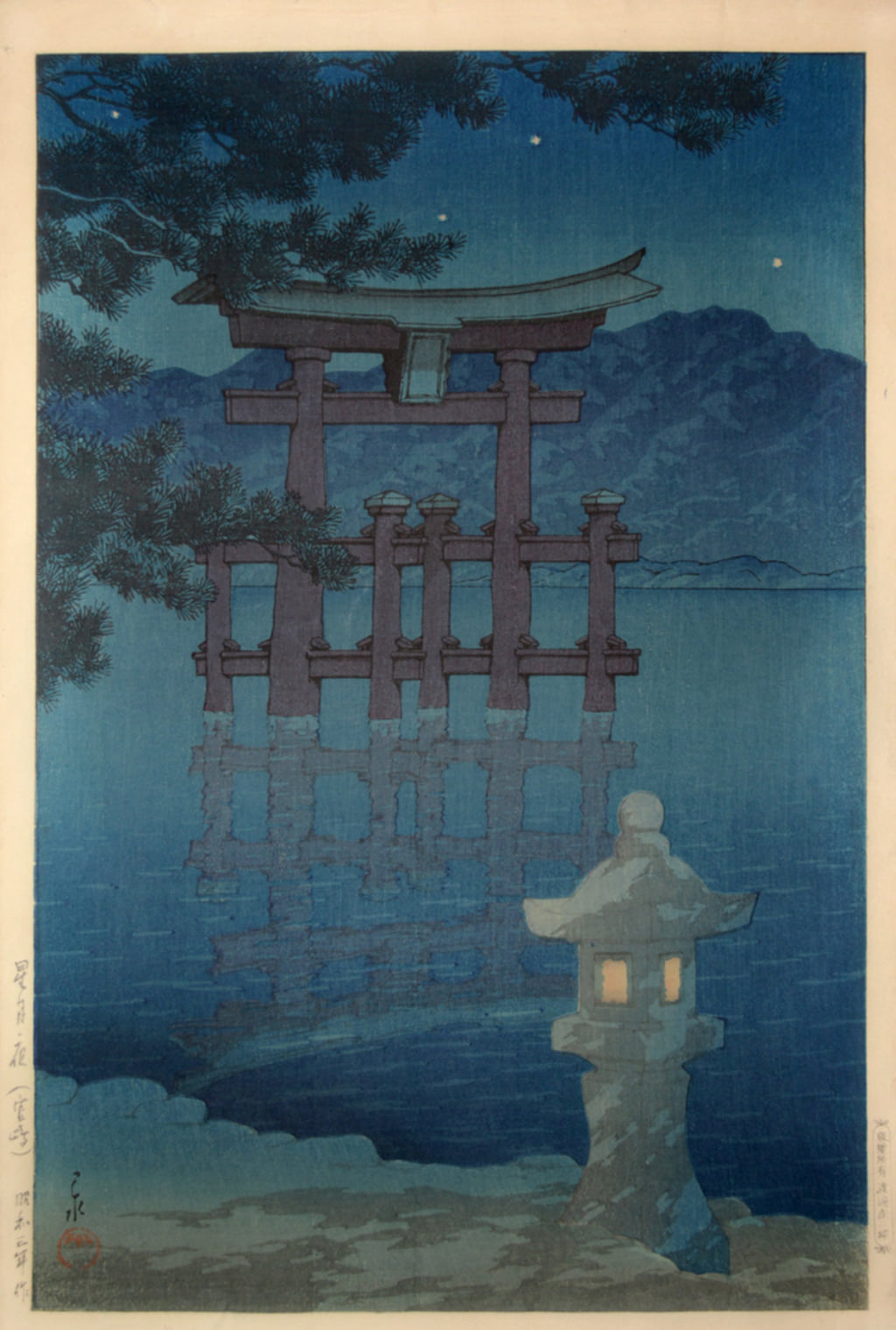