In her large-sized paintings, Ymane Chabi-Gara explores the world of these young people isolated from the world, through self-portraits. 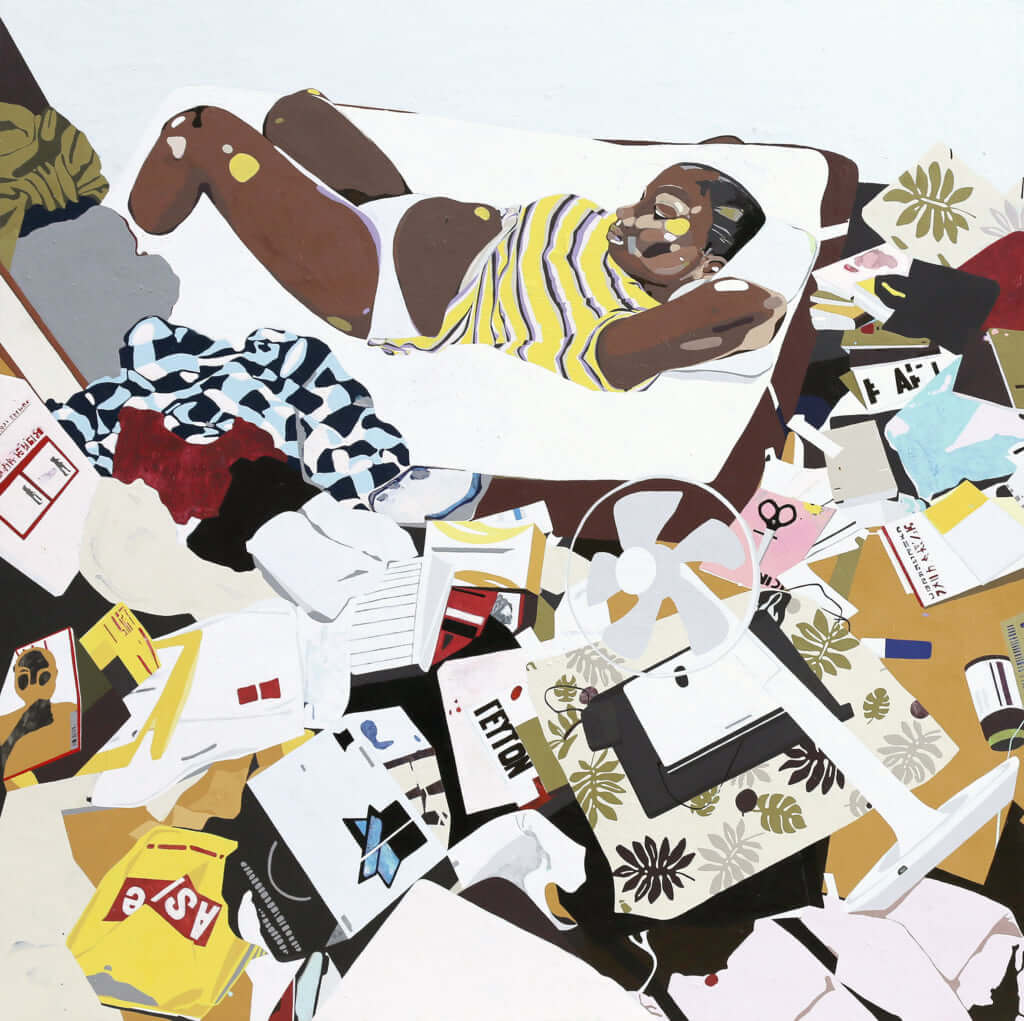 Ymane Chabi-Gara is a young painter who lives in Boulogne-Billancourt, Hauts-de-Seine. She first encountered painting, which would go on to become her preferred medium, when she reached adulthood. After a period spent at the visual arts school ENSAV La Cambre in Brussels, she studied at the Beaux-Arts de Paris, graduating in 2020. Following this, she participated in several exhibitions and staged her first personal exhibition as part of the Prix Sisley Beaux-Arts de Paris pour la jeune création, an event that aims to support young creators, where she presented Hikikomori.

The painter discovered Japanese culture through the independent music scene. To be able to talk to music lovers and understand the names of artists and albums, Ymane Chabi-Gara learnt the basics of Japanese and took an interest in news relating to the country. This is how she stumbled upon an article about the hikikomori, young people who live cut off from the outside world, voluntarily shut in their apartments for years in some cases.

A state of total isolation like that seen during Covid-19

‘In 2018, I studied at Musashino Art University for six months, and experiencing all the everyday aspects of Japan gave me a better understanding of the roots of this phenomenon. It helped me a lot after that’, explains Ymane Chabi-Gara, who came up with the idea for this series of paintings for her Master’s degree.

‘I started this series in November 2019, so a few months before the official emergence of Covid-19 in France and the lockdown that followed. So it wasn’t a reaction to the situation at all, but just an interesting coincidence’, explains the artist, who reveals that she has always led a relatively solitary life, with a particularly intense period of isolation lasting four years between her departure from Brussels and resuming her studies at the Beaux-Arts de Paris. ‘That’s certainly why the difficulties experienced by the hikikomori resonated so strongly with me. Lockdown allowed me to devote myself completely to my work and rediscover that state of total isolation, which is reflected in the paintings.’

Her large-size pieces on plywood, on which Ymane Chabi-Gara produces material effects by placing successive layers using acrylic lacquer, feature interiors that are often cluttered, in the middle of which sits the artist herself, as the cloistered protagonist on the canvas. ‘I used myself as my model because I wanted to confront myself with my own image, force myself to look at myself. But ultimately, the fact that this series is composed of self-portraits is somewhat trivial because these paintings don’t literally look like me, which lends them a universal quality.’

For the décor, the artist drew inspiration from the photos that accompanied articles about the hikikomori, images she found on Google or screenshots from films and documentaries. When reproducing these images on the canvas, she added elements from her own life like album artwork, familiar pieces of art and book covers.

‘I really like the idea of using images that are very easy to access, easily available. Above all, I need there to be an element in the image that triggers the desire to paint, often a detail or an array of colours’, Ymane Chabi-Gara explains. ‘But either way, I wouldn’t want to be confined to precise artistic spheres, especially as it’s very likely that my work will evolve towards something else completely in the future.’

More information about Ymane Chabi-Gara’s work can be found on the kamel mennour gallery website. 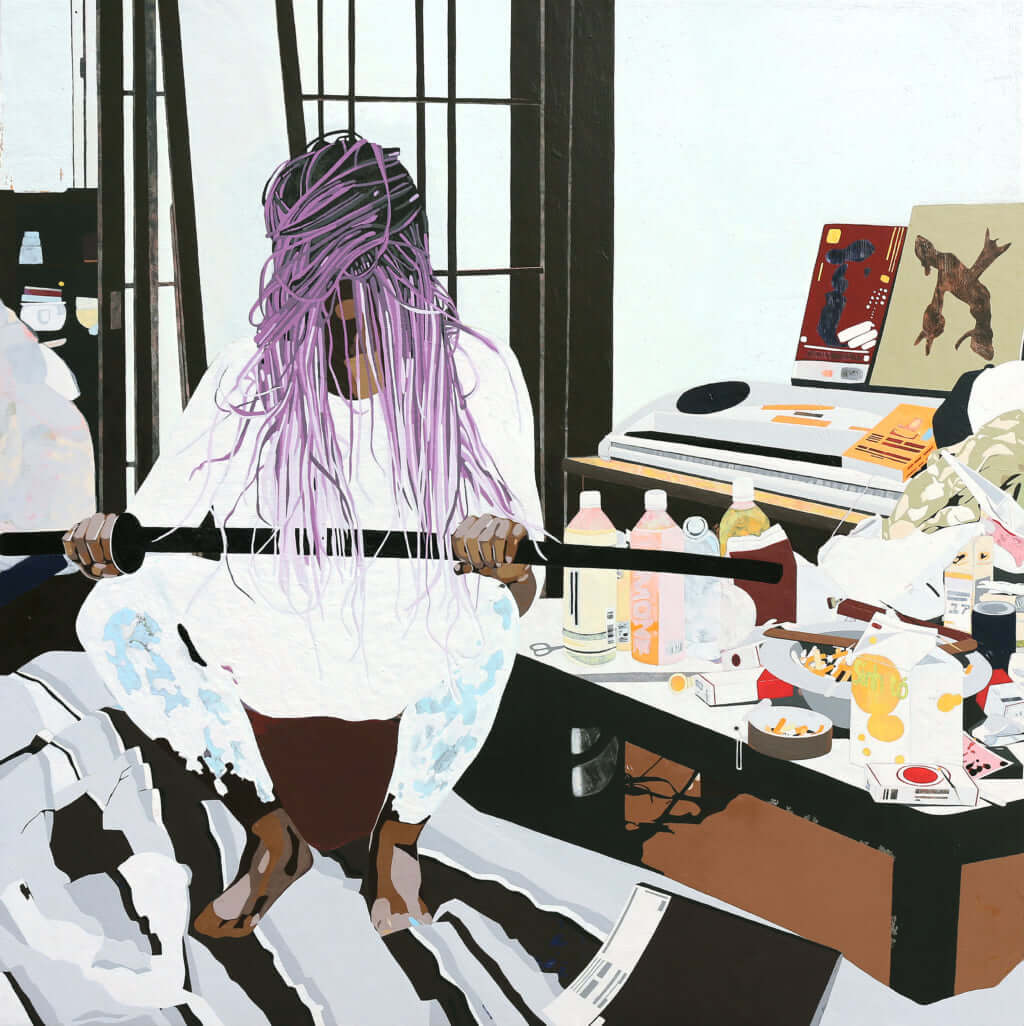 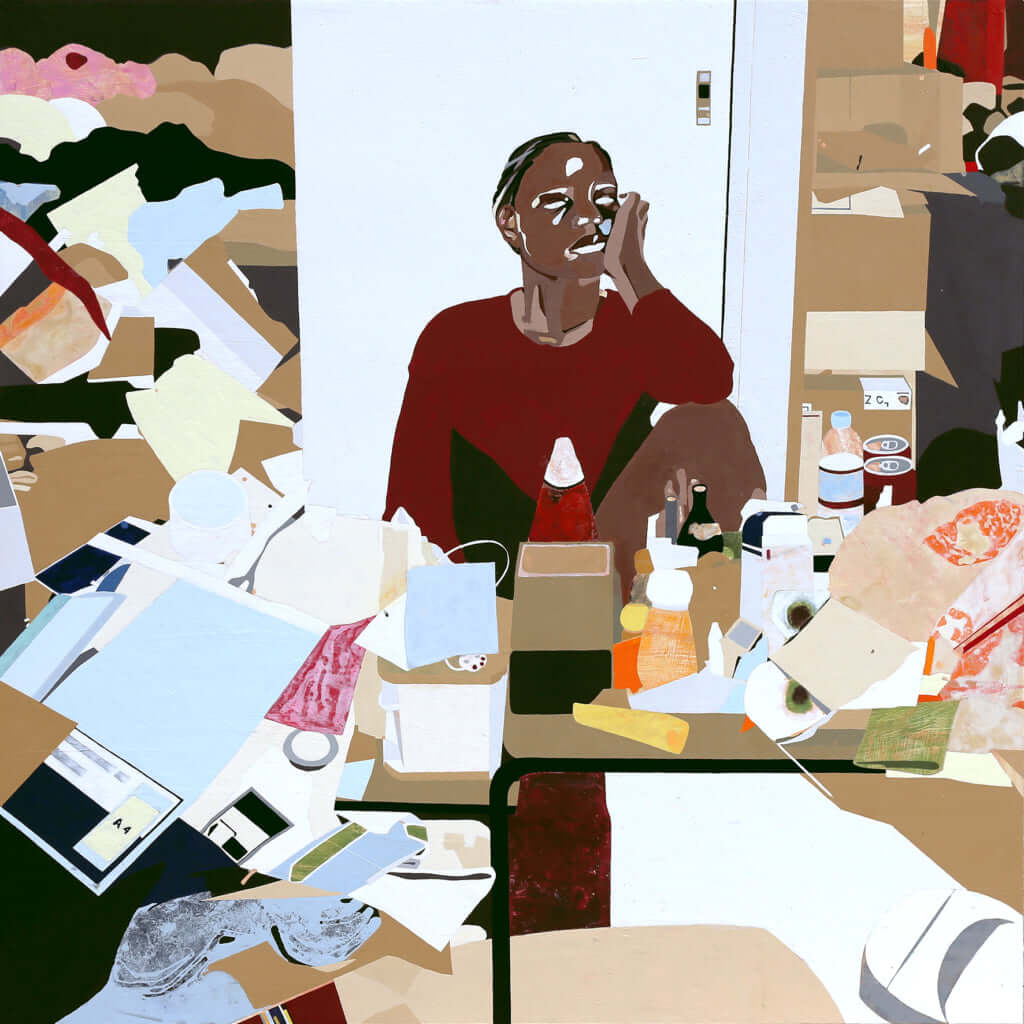 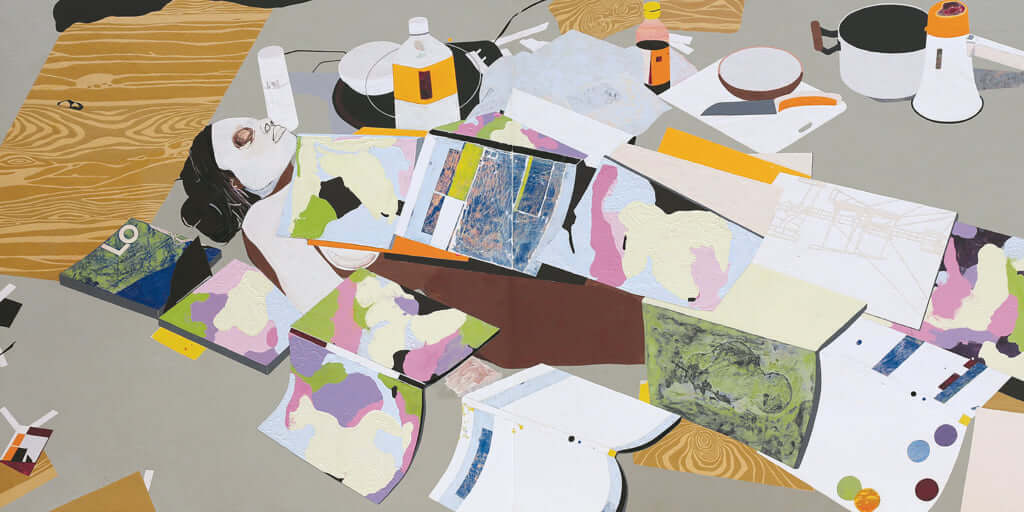 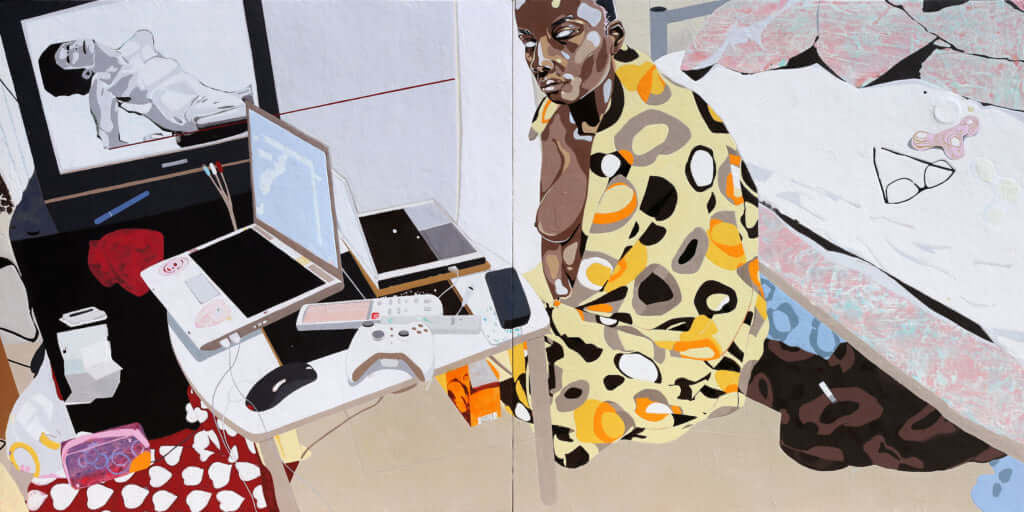 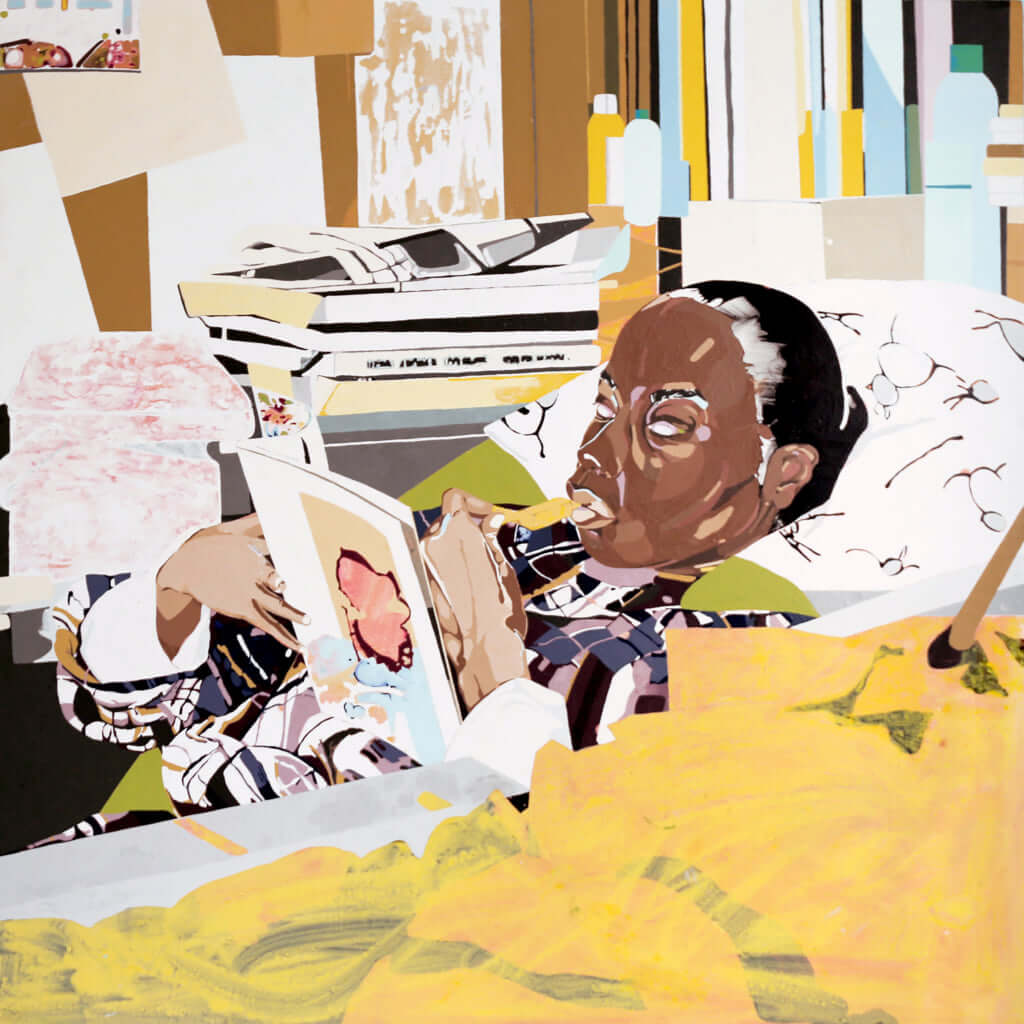