By day, they are perfectly ordinary workers. By night, the performers in them are unleashed, making hearts pound. 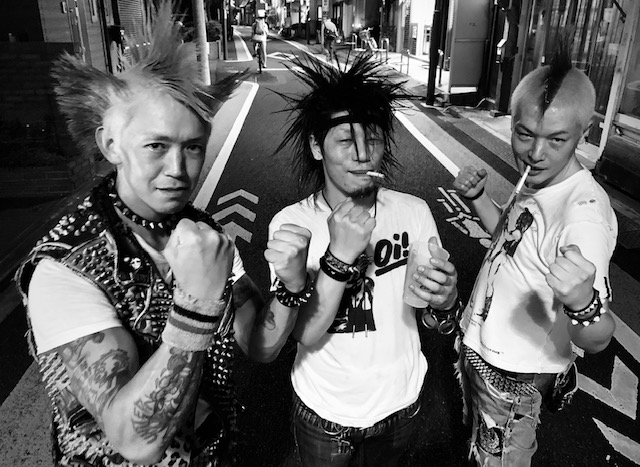 Between 2015 and 2021, photographer Mark Farmer immersed himself in Tokyo’s garage-punk scene, a universe that defies conventions for the better.

An author and photojournalist — particularly military — from the age of 15, Mark Farmer lived in Alaska for 30 years. He worked with companies including the Associated Press. Fascinated by Japan, he spent these past ten years in the Nakano district in Tokyo, before moving to the island of Saipan in August 2021.

Excesses of the lifestyle

Garage-punk, a musical genre that emerged in the United States in the 1960s, brings together garage rock and modern punk rock. In order to infiltrate this world, Mark Farmer got close to those involved, in various locations in Tokyo like Club Heavy Sick in Hatagaya, UFO Club in Higashi-Koenji, EarthDom in Shin Okubo, Ogikubo Pit Bar in Ogikubo, Club Cactus in Roppongi, and the Guinguette by MOJA in Shibuya.

All the photographs compiled in this series were taken using an iPhone, for two reasons: ‘[Firstly], consumer smartphones are more than sufficient to accomplish both professional assignments and everyday photography. Secondly, I find that a smartphone is less intrusive and its presence changes people’s behaviours to a lesser extent’, the photographer explains. He thinks this technical matter is often a trap, an obsession to which many photographers fall victim, only producing photographs that have been through the editing process. ‘Using a smartphone frees me to better observe a situation, beyond basic exposure/focus control and cropping.’

Mark Farmer’s black-and-white photographs show artists in action, but also moments shared between the members of this community, marked by smiles and ‘excesses of the lifestyle.’ ‘Maybe it’s obvious, the images are imperfect and lo-fi, echoing the nature of the music’, Mark Farmer continues. While the personalities and universe unique to garage-punk might initially deter the eye of an uninitiated audience, the photographer’s experience allows them to look past the images.

It might therefore be easy to imagine that these people have a rock’n’roll lifestyle. However, ‘almost all of them have day jobs; some work for big companies or as civil servants, while others are garbage collectors or work in burlesque. But these jobs simply pay the bills and offer some stability (particularly in a society that appreciates this so much). Under the uniforms, work clothes, sequins, or overalls beat the hearts of musical beasts and monsters. Some of them have recorded albums and an have international audience, but none of these artists are on the scene to make money. It’s about celebrating art, finding a way to build an alternative community in a country that often does not appreciate those who go against the grain and break the mould.’

Garage-punk, with a production style that rests mainly on guitar-playing, is ‘often minimalistic and stripped bare; old tube amps, vintage axes, no vocal processing, and generally the only added effects are overdrive, fuzz, and reverb. [The aesthetic comprises] leather, sharkskin, obscure hairstyles…’ While some people consider this universe (and its members) to be unfriendly, the photographer declares, ‘I’ve come to find them endearing.’

When working on this kind of project, one of the biggest challenges the photographer faces is to integrate into the community they want to showcase and forge connections with its members. Mark Farmer’s encounter with these individuals in the garage-punk scene made it possible, as he acknowledges, to dismantle certain clichés often connected to these esoteric circles. As the photographer explains, while this universe seems closed and ‘my style of reportage can be off-putting to some and I expected some push-back, I have an outlook that if I’m simply tolerated, that’s a huge win after just a few months of hanging out… I was upfront from the start that this work was never about making money or achieving notoriety on the back of the work of others.’

Beyond the relationships he formed with the members, Mark Farmer holds fond memories of the artists’ kindness and the inclusive nature of this world. ‘Women have an equal footing in the scene and young performers and fans are welcomed and included. It’s music and of course there are personal dramas and relationships involved but I never saw anyone being excessively bitchy, abusive, or exploitative of anyone else.’ 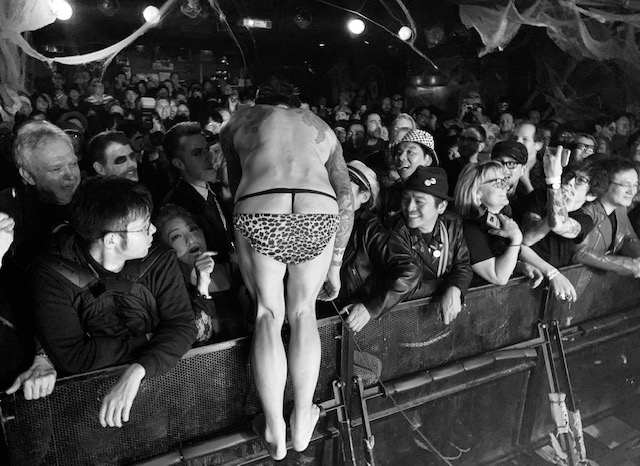 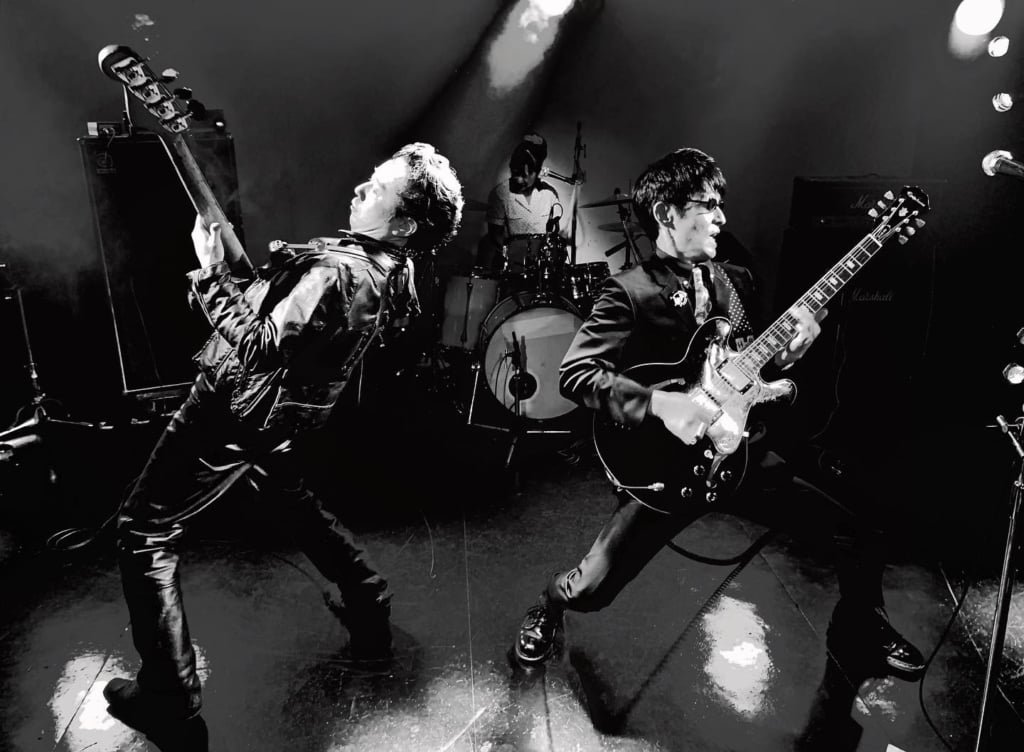 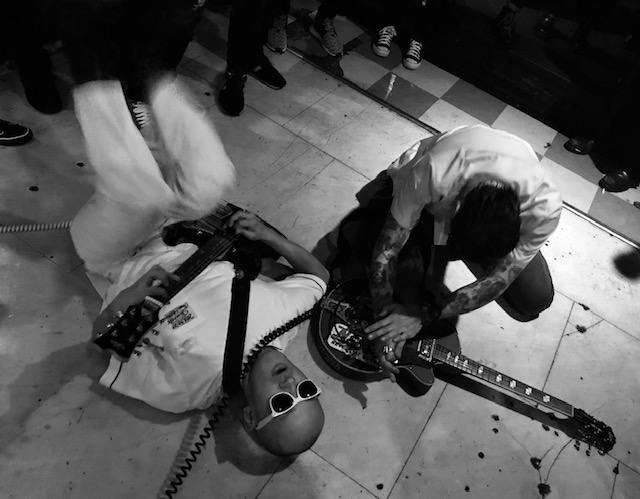 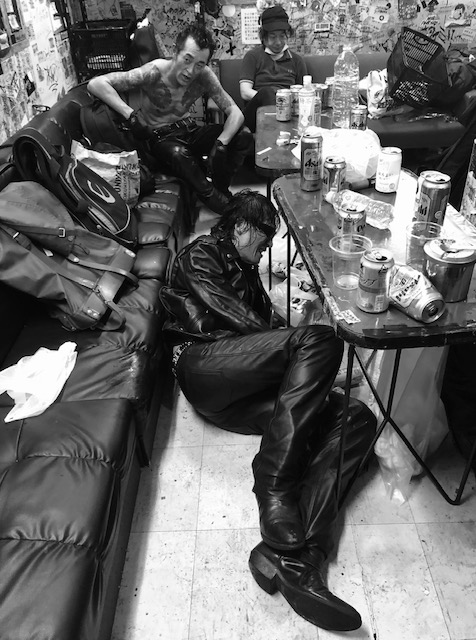 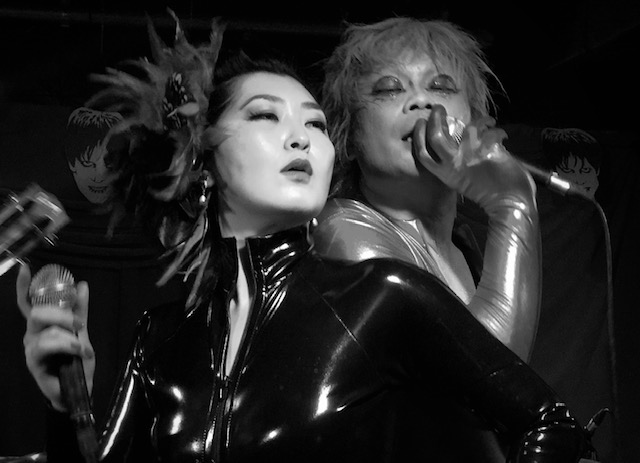 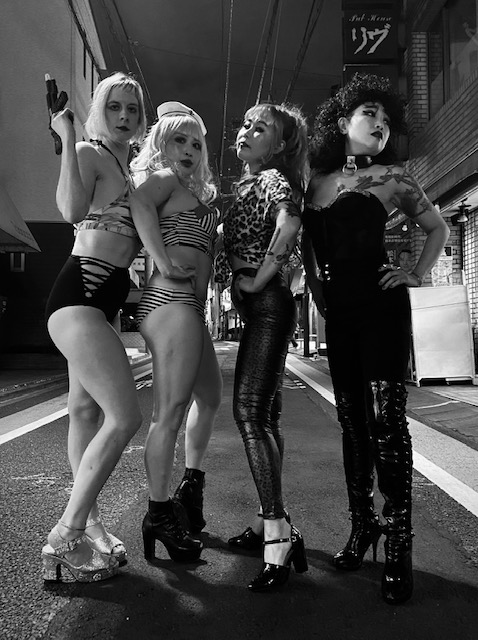 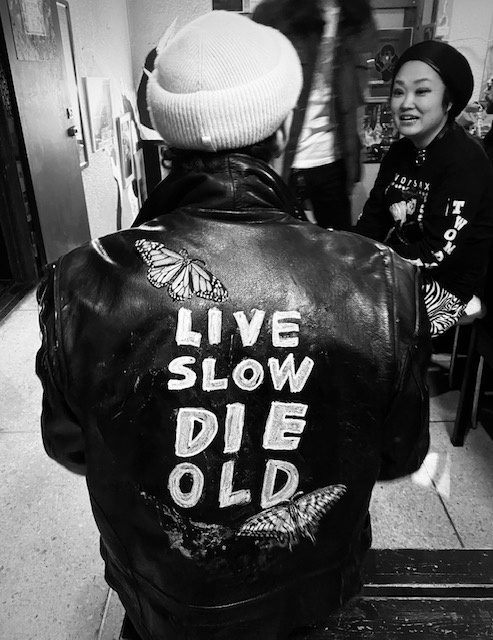 Observing the Cosmos and Envisaging the Apocalypse

When a Camera Acts as a Substitute for Eyes