Maki, a Photographer and His Wanderings in Japan

'Japan Somewhere' documents 15 years of trips to Japan, immortalising that which drew the artist in, disturbed him, or caught his attention. 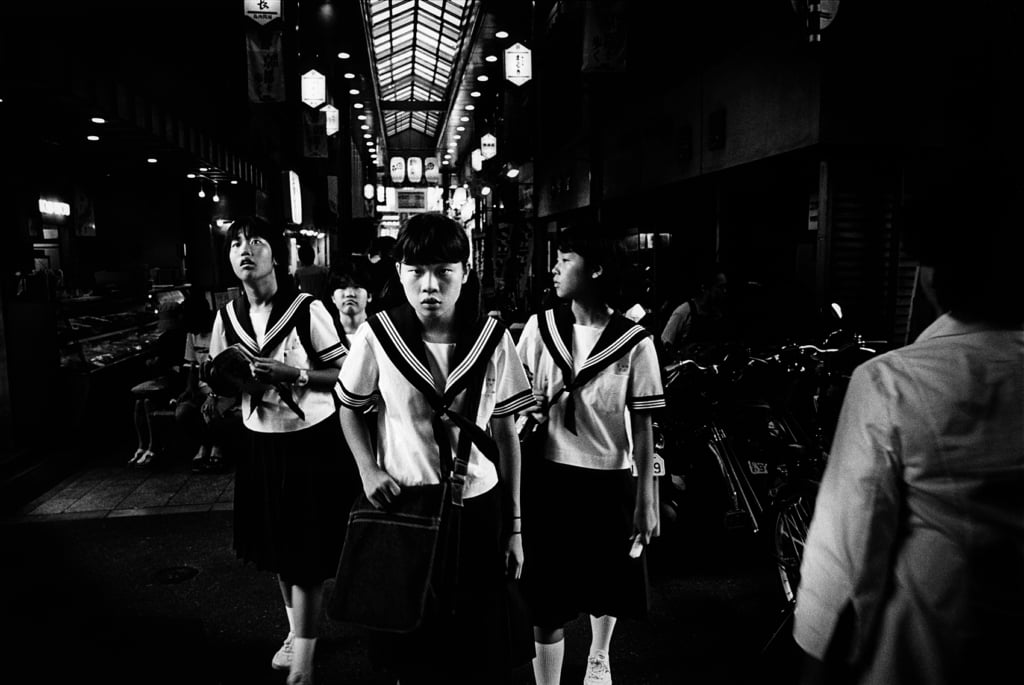 Between 2002 and 2017, photographer Maki roamed the streets of the various districts in Tokyo and other cities in Japan, with no predefined project in mind. These wanderings are documented in the book Japan Somewhere, published in 2018 by Zen Foto Gallery.

Born in Marseille in 1964, Maki was one of the founding members of the collective of European photographers ‘Smoke’, established in 2007, along with Roger Guaus (Spain), Laëtitia Donval (France), and Jukka Onnela (Finland), among others, before creating Media Immédiat Éditions in 2010, a collection of 11 photo books that compile the work of Koji Onaka, Morten Andersen, Ed Templeton, and Daisuke Ichiba. Maki first took an interest in Japan on a trip to Kobe in 2001 during a cultural exchange that took place as part of a twinning programme between Marseille and Kobe. ‘During my first visit, I literally fell in love with the country and with my future wife Masami. Thus, I started to photograph both of them—and she will be the subject of one of my books one day’, Maki explains to Pen.

‘In the first years, I would spend up to 10 hours walking through the streets non-stop: the markets, the subway, everywhere in a city like Tokyo, taking photographs of what I was experiencing and what caught my attention, drew me in, disturbed me, or appealed to me, most of the time with no set idea as to what I was going to do…’, the artist continues.

Of the 96 images compiled in Japan Somewhere, Maki presents three of them to Pen, offering a glimpse into his work. The first is Escaliers du Bar Nami / Tokyo / Shinjuku / Kabukichō / Golden Gai (2017), which is intended as ‘a sort of tribute to photographer Masahisa Fukase. Nami is a bar in Golden Gai, a very old, preserved part of Kabukicho, in the Shinjuku district in Tokyo. The area houses around 200 bars, all bunched together. They are often themed, and most of them have a little staircase leading to the upper floor. Artists and celebrities have always flocked there, and Nami was Masahisa Fukase’s favourite bar. The photograph shows the steps that lead to the bar. These are the same steps where Fukase fell in 1992. The fall sadly put him in a coma that lasted 20 years, prior to his death in 2012…’

Another, Nagisa Yoko / Bar Nagisa / Tokyo / Shinjuku / Kabukichō / Golden Gai (2016), pays homage to ‘Nagisa, a kayokyoku (a genre of pop music that became a base for modern J-pop) singer, known for being a mysterious, eclectic figure in the Japanese artistic community. She was also the partner of photographer Daido Moriyama, who dedicated his magnificent photo book Nagisa (Akio Nagasawa Publishing) to her. Yoko Nagisa worked at night in her bar in Golden Gai, and that was where I met and photographed her for the first time in 2016. In 2018, when my book Japan Somewhere was released, she came to see me during my exhibition at the Niepce Gallery in Tokyo, and I then visited her in her bar a few more times that summer, and photographed her again. That was three months before she died from heart failure in September 2018. Nagisa was an endearing and charismatic character who loved art and nightlife. I will never forget her.’

The photograph Fille Vierge / Yokosuka (2011) arose from a scene observed by the artist: ‘I saw and photographed this young girl on the subway platform, then noticed that the people nearby looked taken aback and shocked when they saw her. Masami, my wife, who was there at the time, immediately explained to me the meaning of the kanji that were drawn by hand all over her clothing, cap and bag… It was the word “shyojo”, which means “virgin” in Japanese. Those who know a little about Japanese culture will understand just how shocking the act of writing this word, of laying claim to it, would be for any Japanese person if they came face-to-face with this young person while going to do their shopping, in the street or elsewhere… My personal theory is that, knowing how difficult it is to exist in a society that excludes many people, this individual had probably experienced trauma that perhaps made them feel unsettled, that manifests itself in this manner and that they want us to share on their terms with this indication: Virgin…’

What sets Maki apart is the fact that, through his walks, observations, and the life he shares with his wife, he has been able to assimilate many of the codes of his adoptive society; as a result, he now has an outlook that is more Japanese than it is Western.

Maki’s book released prior to this, Gûyu – Allegory (2016), published by Timeshow Press, is ‘a psychological map of Japanese cities’ in which the artist ‘places youth and tradition, strict postmodernism and complete idleness, side by side.’

Japan Somewhere (2018), a book of photographs by Maki, published by Zen Foto Gallery, is available via Shashasha. 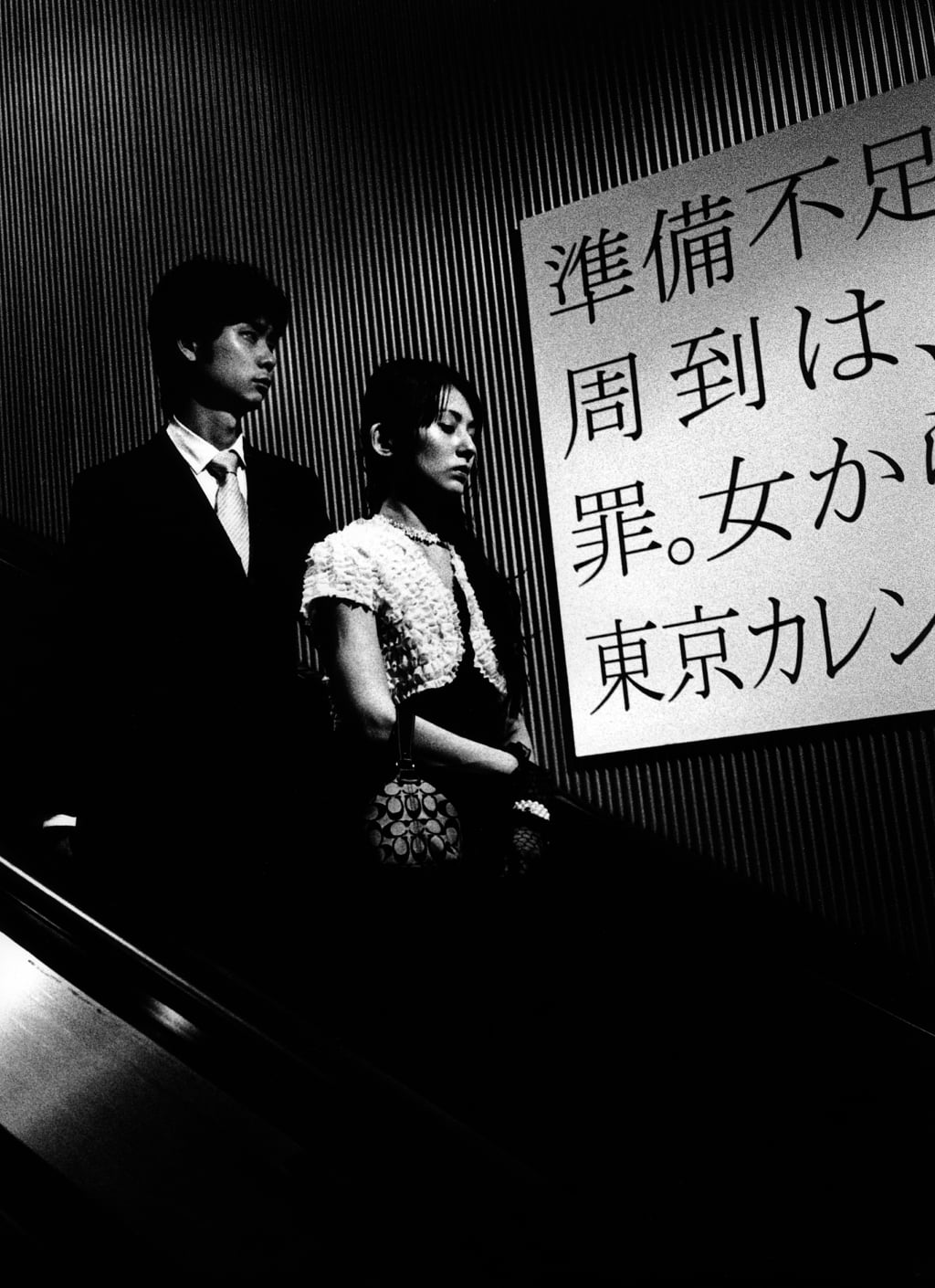 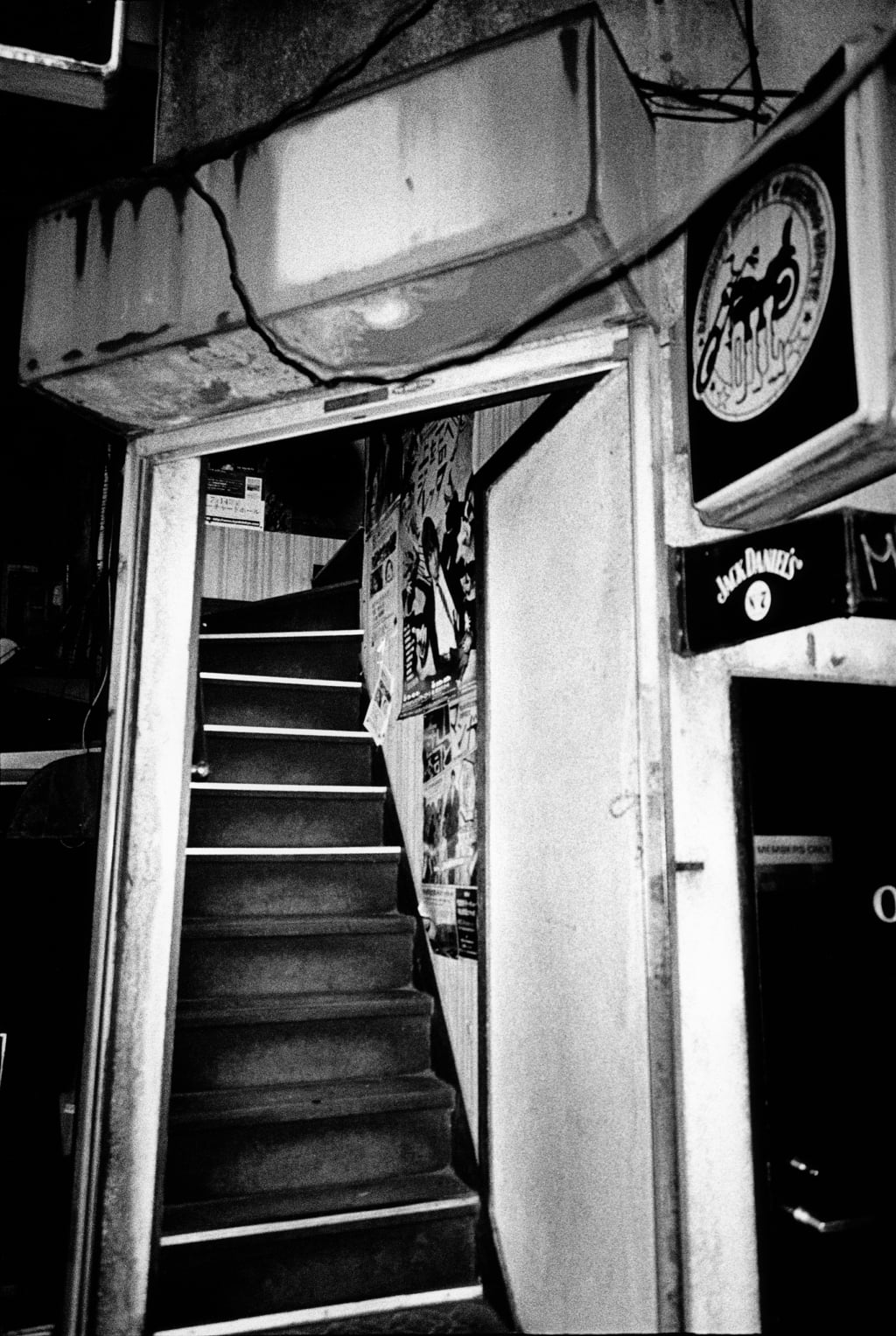 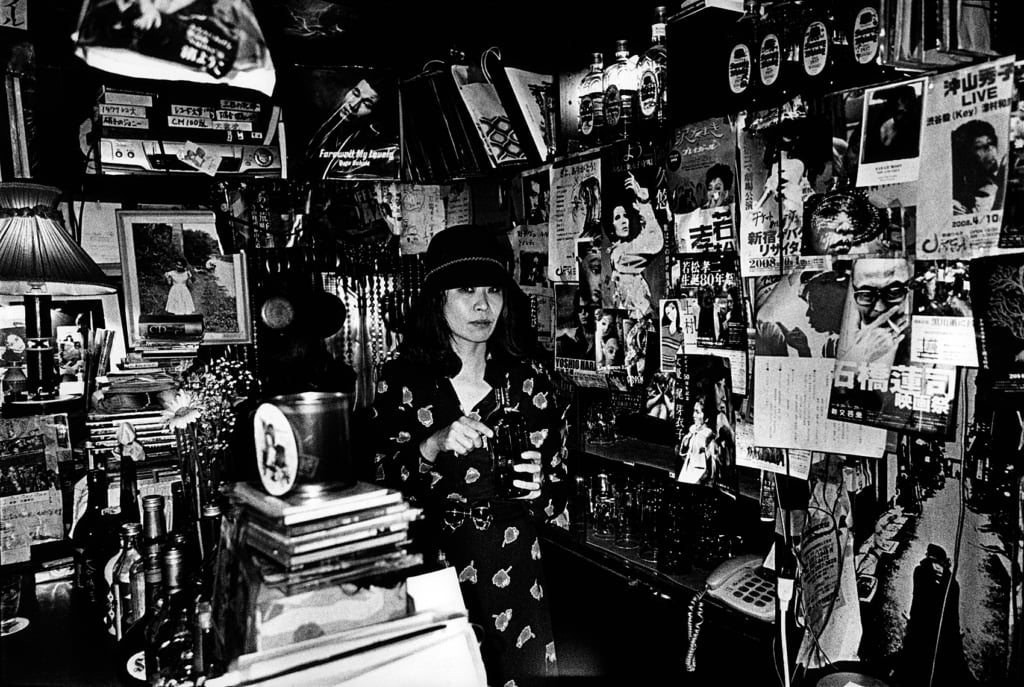 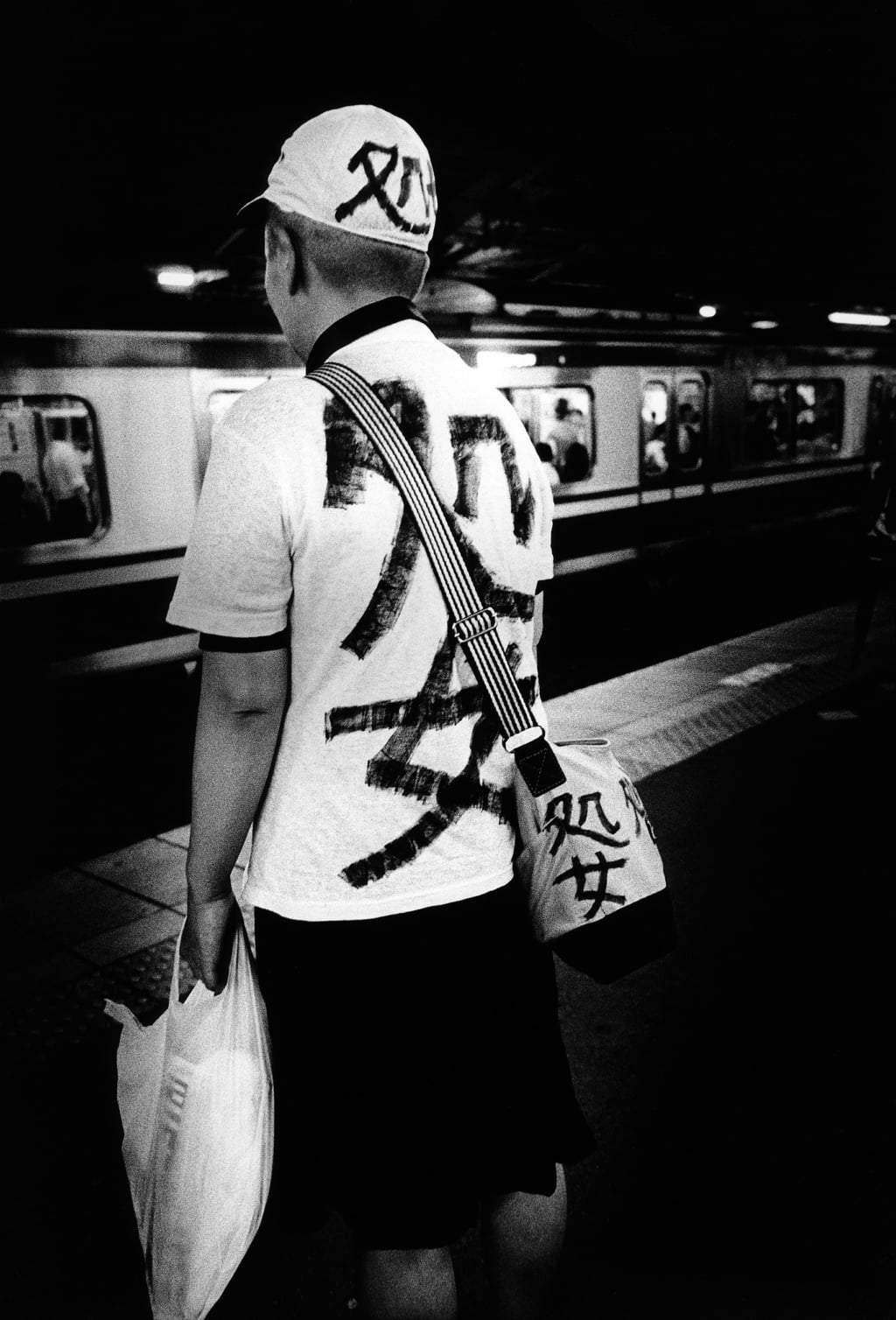 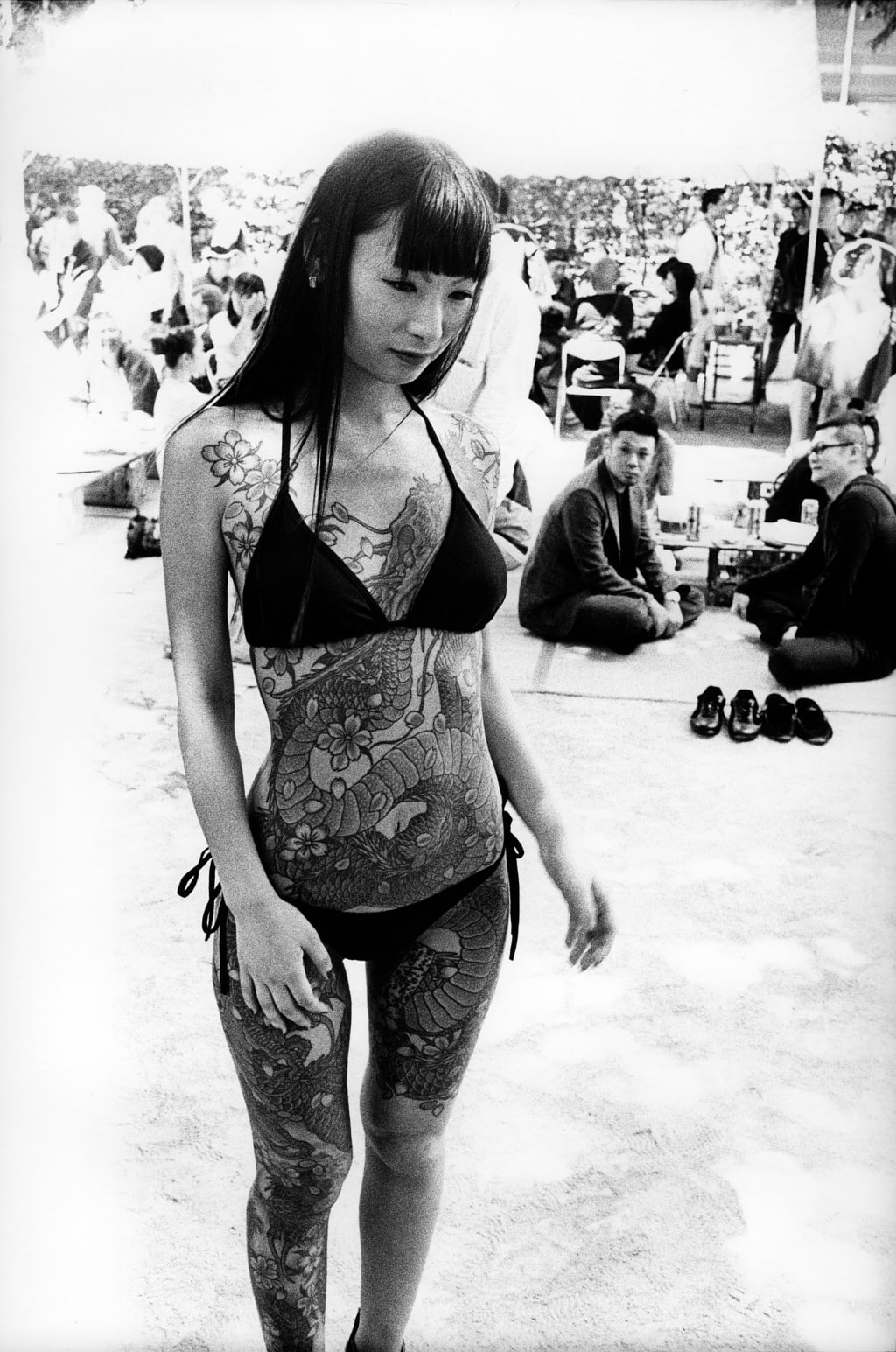 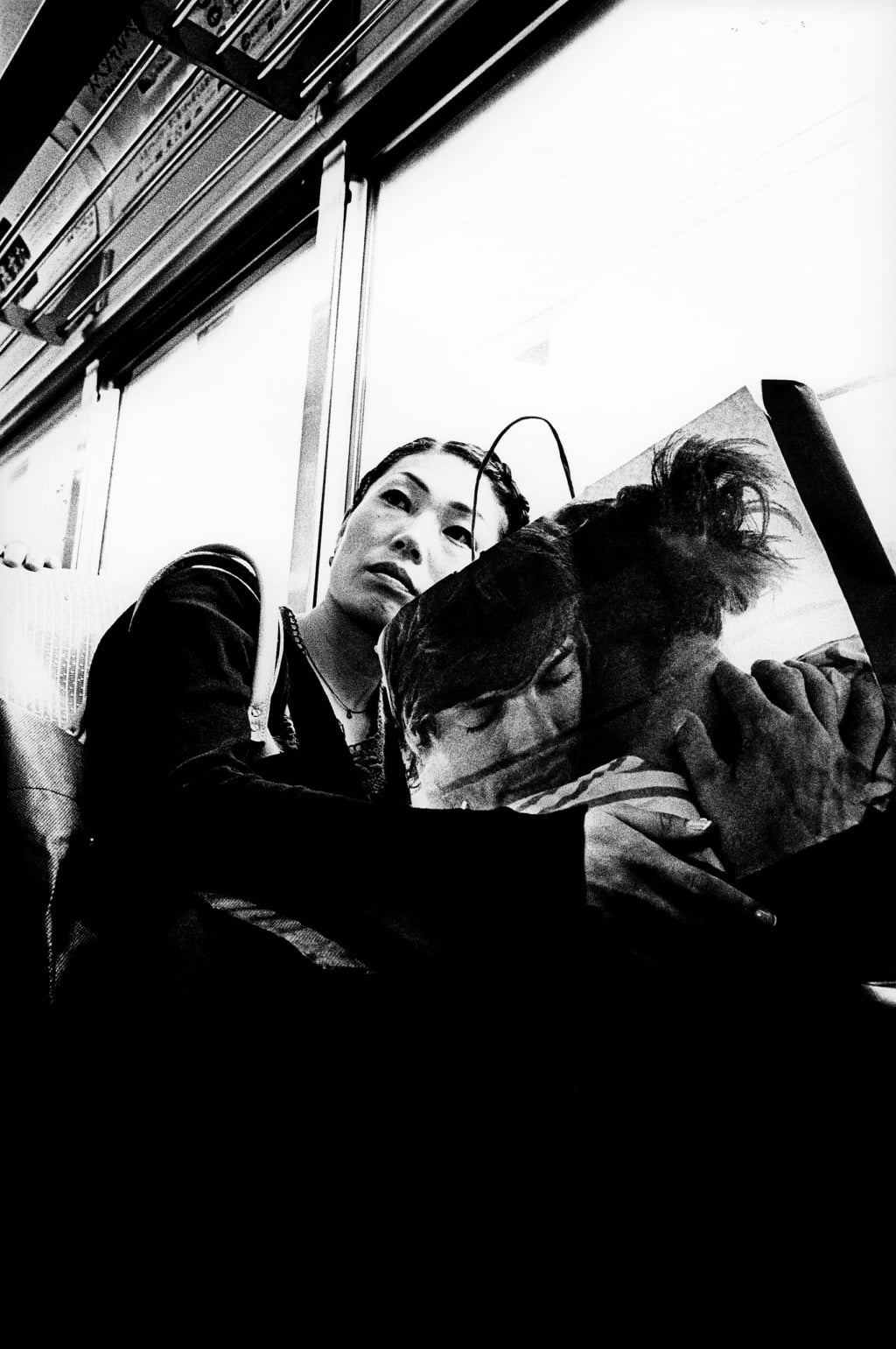 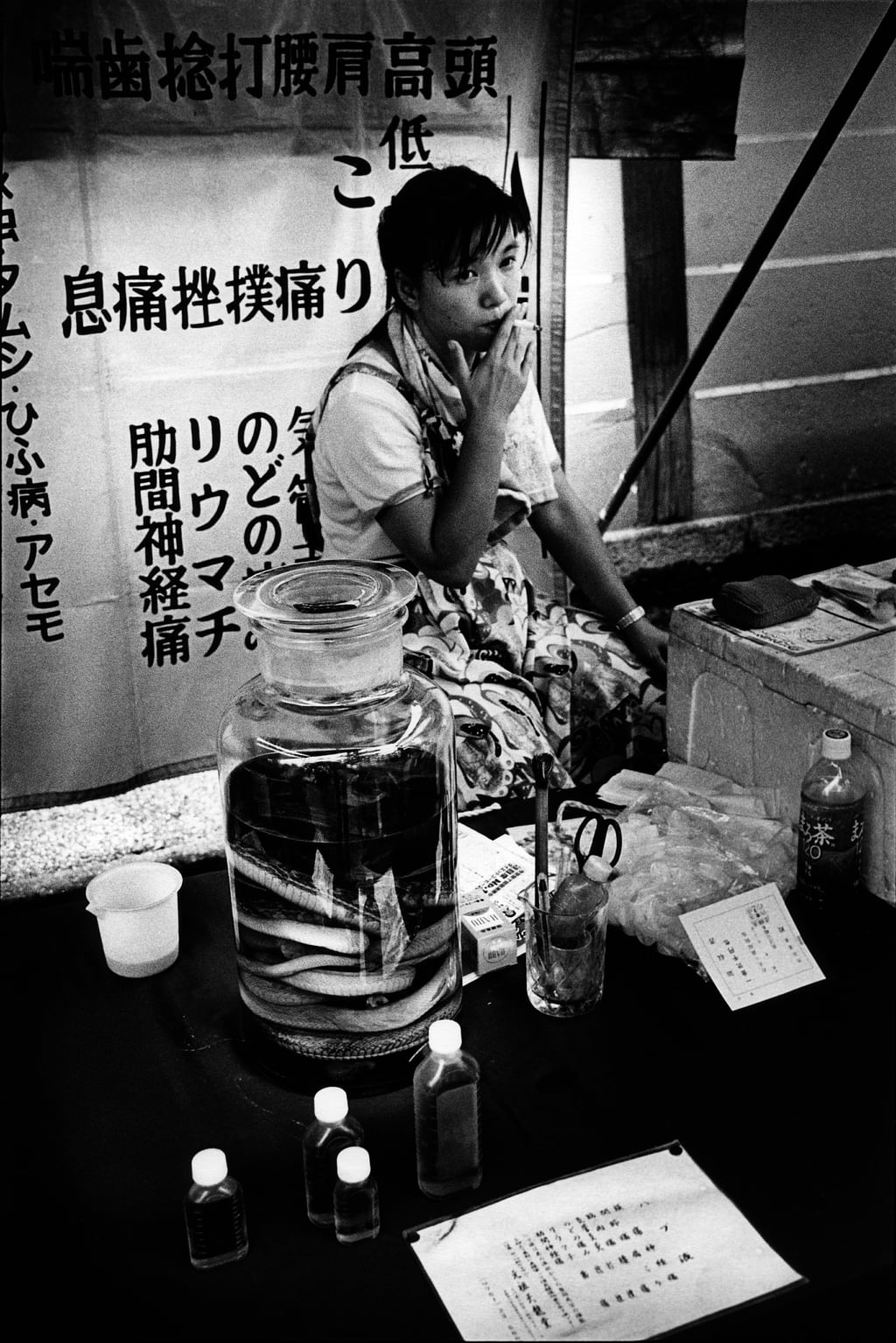 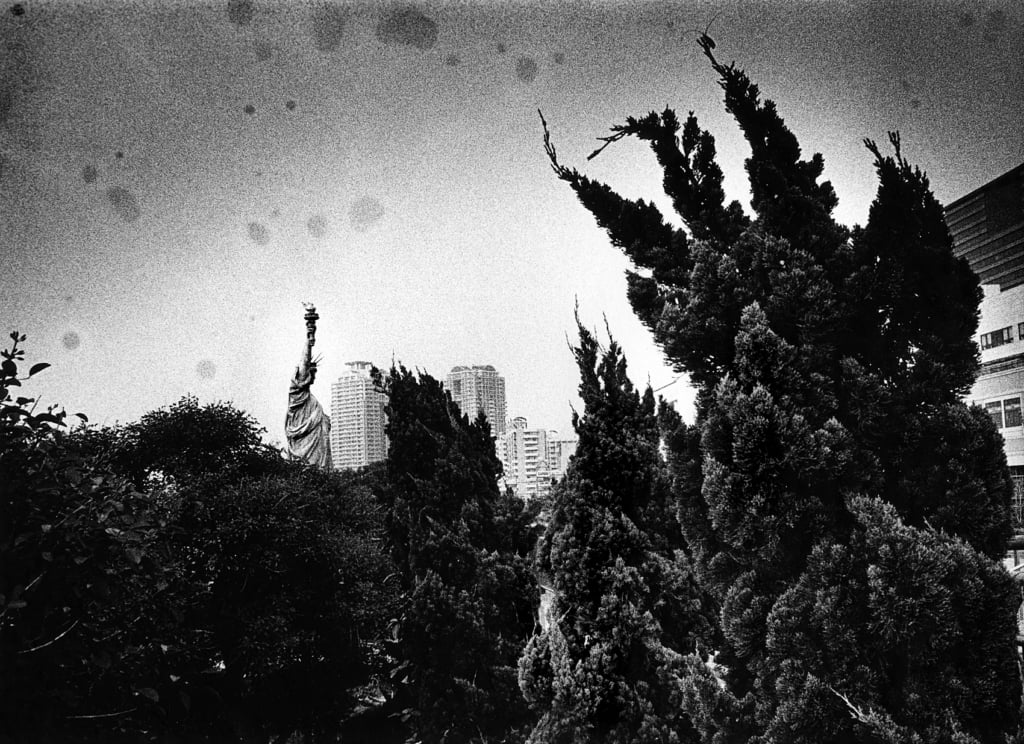 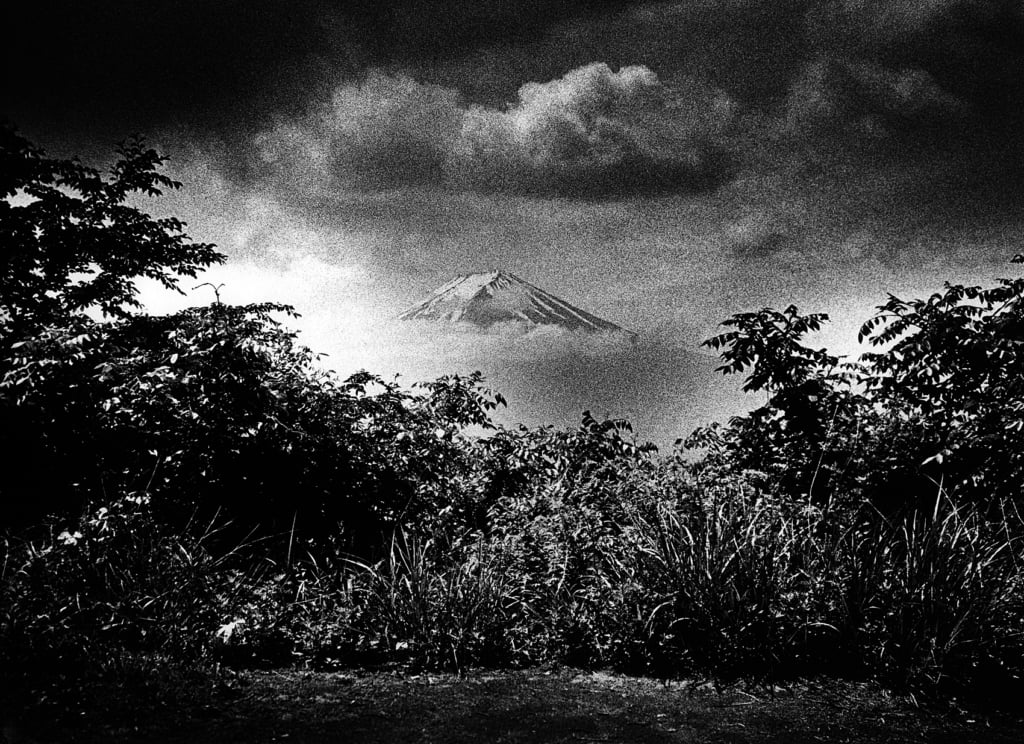 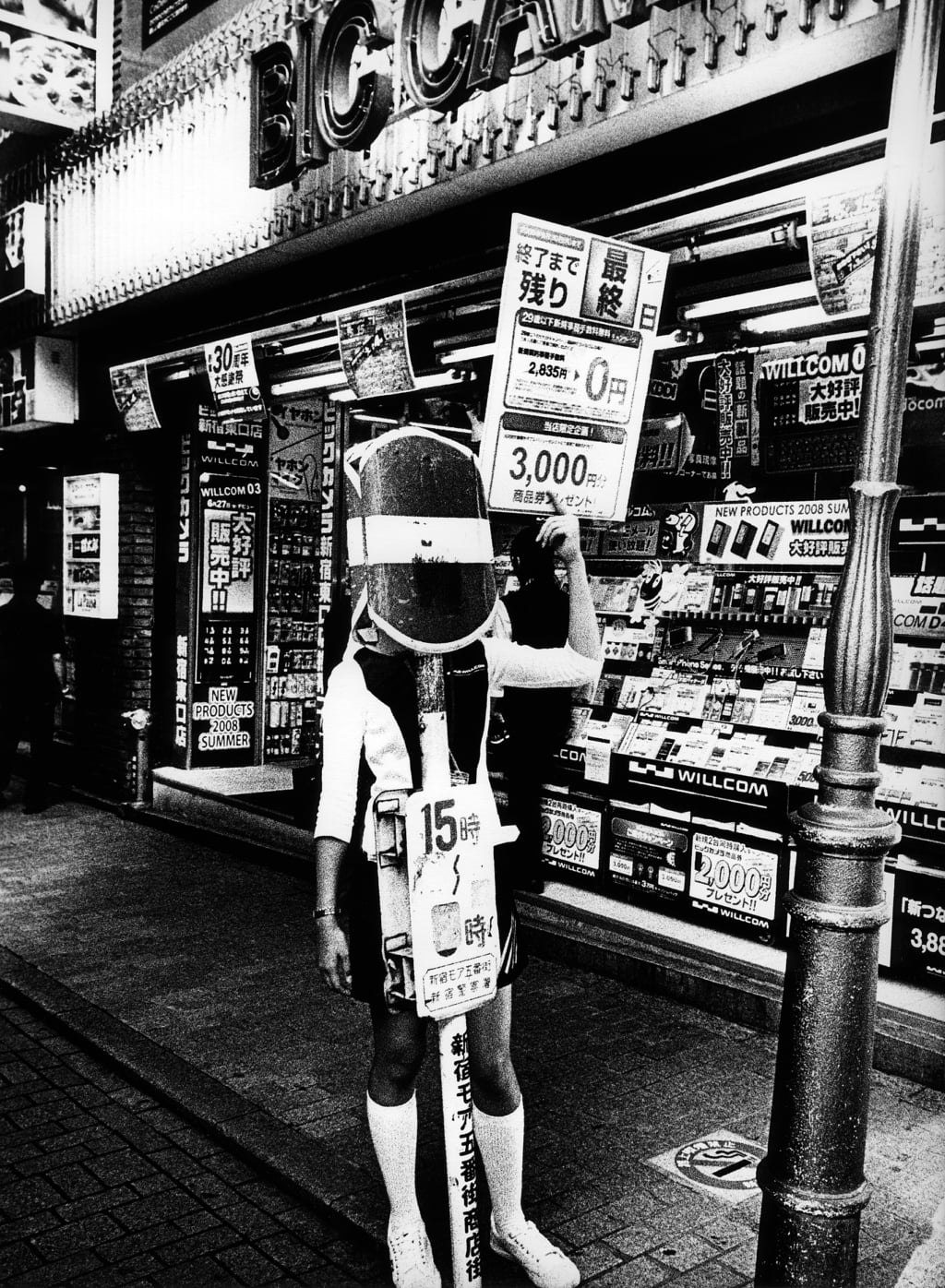 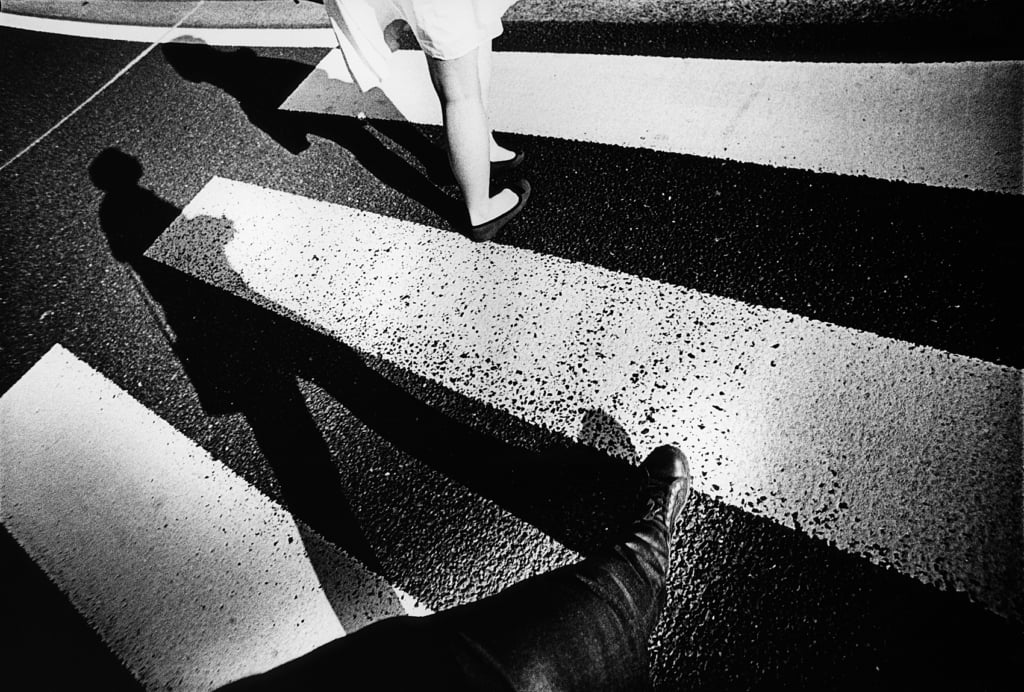 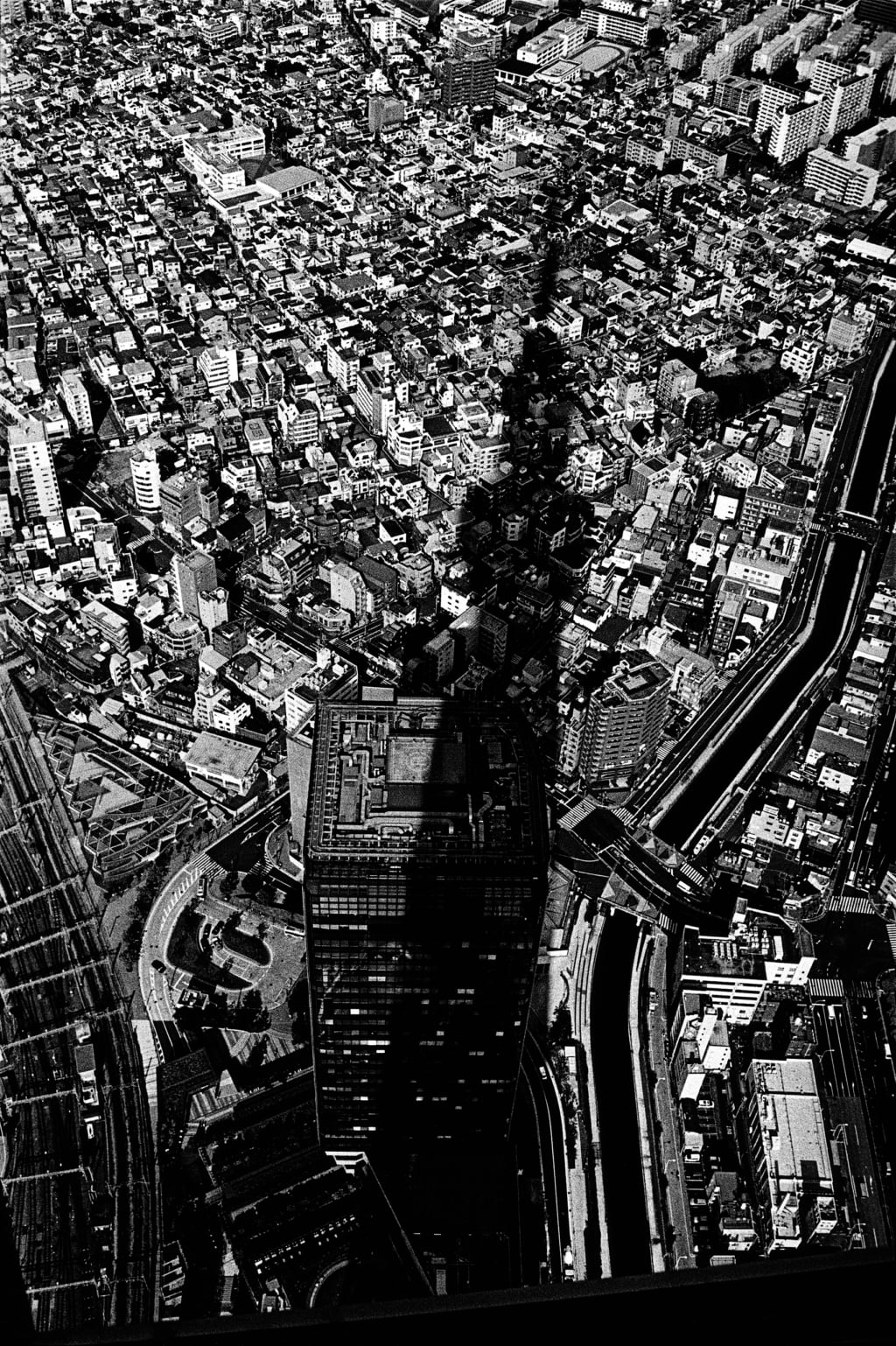 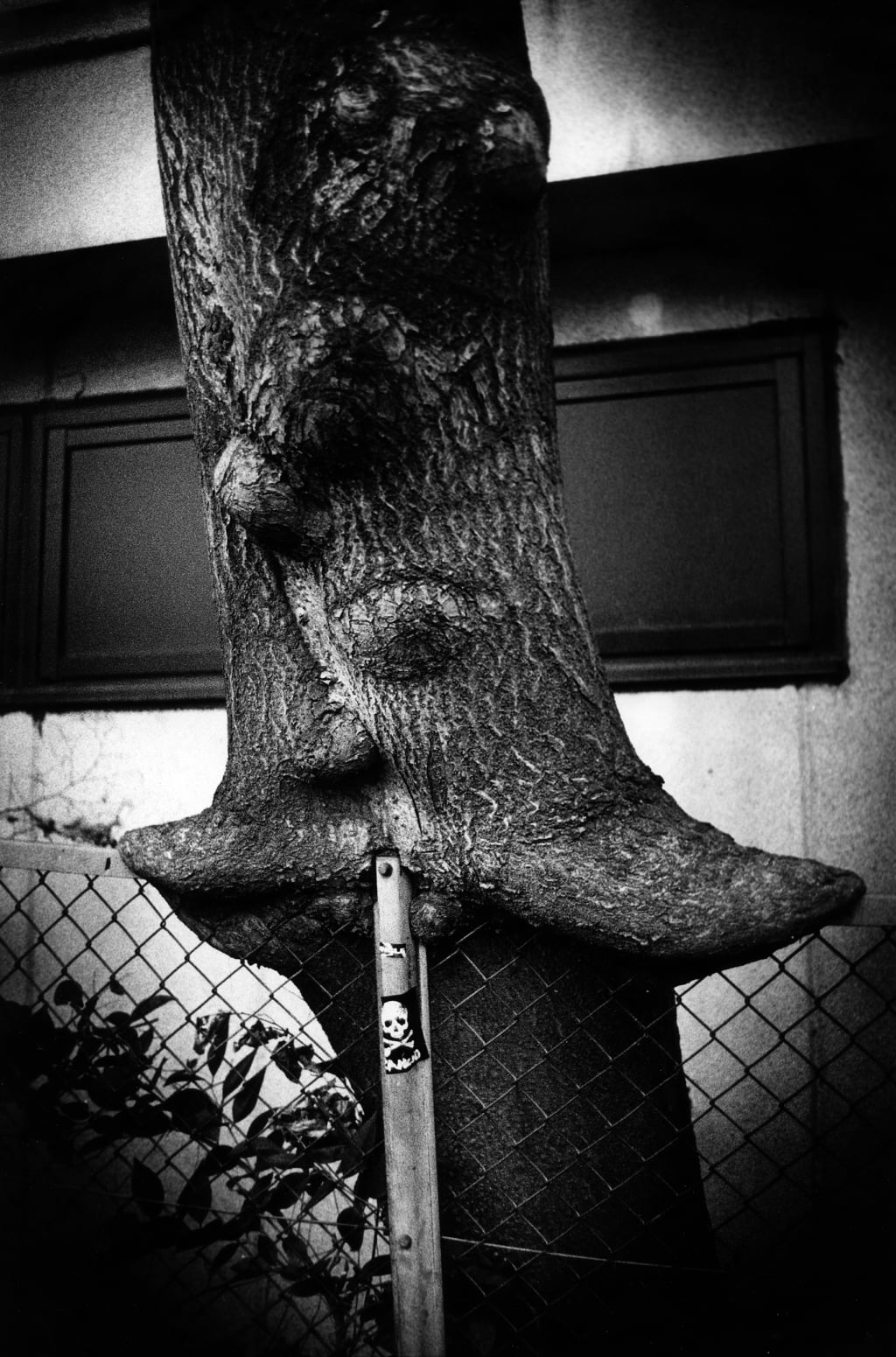